Pledges of global vaccine solidarity have been slow to produce results.

At the United Nations Security Council meeting on Feb. 17, Mexican Foreign Minister Marcelo Ebrard denounced wealthy nations’ “hoarding” of coronavirus vaccines. He said that while the collaborative COVID-19 Vaccines Global Access (COVAX) initiative to ensure global vaccine access is important, it has thus far been insufficient to meet the crisis.

The chorus of critiques raised at the council this week may help the U.N. and World Health Organization rally donors and vaccine manufacturers to scale up their cooperation with COVAX, which has yet to distribute any doses.

While a COVAX director said earlier this month that the initiative aims to supply vaccines for 3 percent of the populations of Latin America and the Caribbean islands by June 2021 and 20 percent by the year’s end, the Assistant Director for the Pan-American Health Organization said on Thursday that the timeline for COVAX shipments will only be confirmed on Feb. 23.

Latin American governments have so far struggled to supplement COVAX doses by striking other deals with manufacturers, which have already promised most of their supplies to wealthy nations. So far, 75 percent of all vaccines have been given out in only 10 countries, said UN Secretary-General António Guterres.

Guterres called for the G-7 to put more momentum behind global vaccine access efforts at their meeting planned for today. He also urged G-20 nations to create a task force to do the same, stressing their power to affect pharmaceutical companies and logistics firms.

Brazil’s role reversal. Today, Latin America might not have much geopolitical weight on global health. But that hasn’t always been the case. During the AIDS crisis, it was pressure from Brazil alongside India and South Africa that led the World Trade Organization to authorize the suspension of patents on medicine in emergencies. This year, though, Brazil sided against such initiatives related to COVID-19 vaccines and medicine.

Side effects of short supply. Peru erupted in scandal this week with the revelation that former President Martín Vizcarra and his wife were among 487 people who received COVID-19 vaccines before immunizations were to officially start in the country early this month. The country’s health minister and foreign minister resigned.

The Cuba bet. Cuba may still become Latin America’s first country to design a successful vaccine, with Phase 3 trials on one of its four vaccine candidates set to begin next month. If the shot performs well, it is expected to be exported to other Latin American nations. Cuba and Iran are partnering on Phase 3 trials of the Soberana 02 vaccine, and Mexico is exploring carrying out a Phase 3 trial as well. 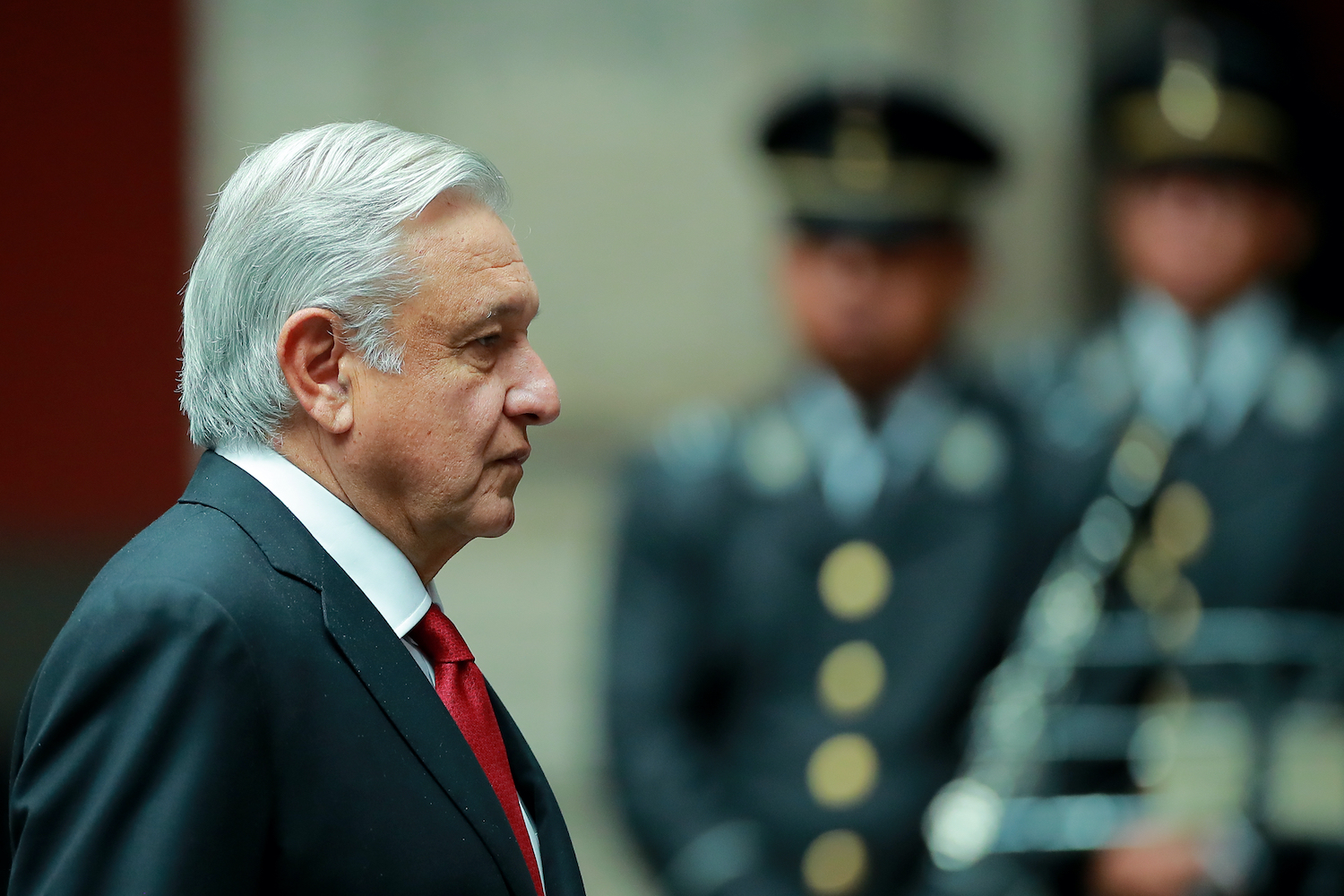 Crossing over. U.S. authorities have begun allowing asylum seekers who had been forced to wait for their court dates in Mexico under a Trump-era rule to cross into the United States. Three hundred people per day will enter out of a total group of around 25,000 people. The New York Times looked at the experience of a Honduran father and son who crossed the border on Feb. 17 after having been kidnapped while waiting in Mexico.

Alerts on Nicaragua. The government crackdown on dissent that began during 2018 government protests has escalated through detentions, harassment, measures to inhibit human rights organizations and the media, and shutting out international scrutiny, according to a new Amnesty International report. Earlier this month, the U.N. Commission on Human Rights announced that Nicaragua was failing to implement recommendations it issued in 2019.

Open season in Brazil. President Jair Bolsonaro issued decrees raising the limit on guns that Brazilians can possess from four to six. People in some professions, such as policing, can own eight, and hunters and sports shooters no longer need army permission to buy up to 30 and 60 guns respectively. Public security experts warned that the new measures will raise the risk of gun violence, including political violence; Bolsonaro himself said after the Jan. 6 riot at the U.S. Capitol that Brazil could face something “even worse.”

The “godfather of salsa.” Johnny Pacheco, who was born in the Dominican Republic and co-founded the New York record label often called the Motown of Salsa, died on Monday. Fania Records began selling its releases out of a car trunk in Spanish Harlem in the 1960s. Through Pacheco’s musical arrangements, the label would go on to catapult the careers of artists like Célia Cruz, Héctor Lavoe, and Rubén Blades to international fame.

Carlos Menem, the former Argentine president who also died this week, had a personal style—he sported a red Ferrari and enormous sideburns—that matched the boldness of his makeover of the country. Which of these changes did Menem not carry out during his 1989 to 1999 presidential tenure?

In Focus: Carnival in Quarantine 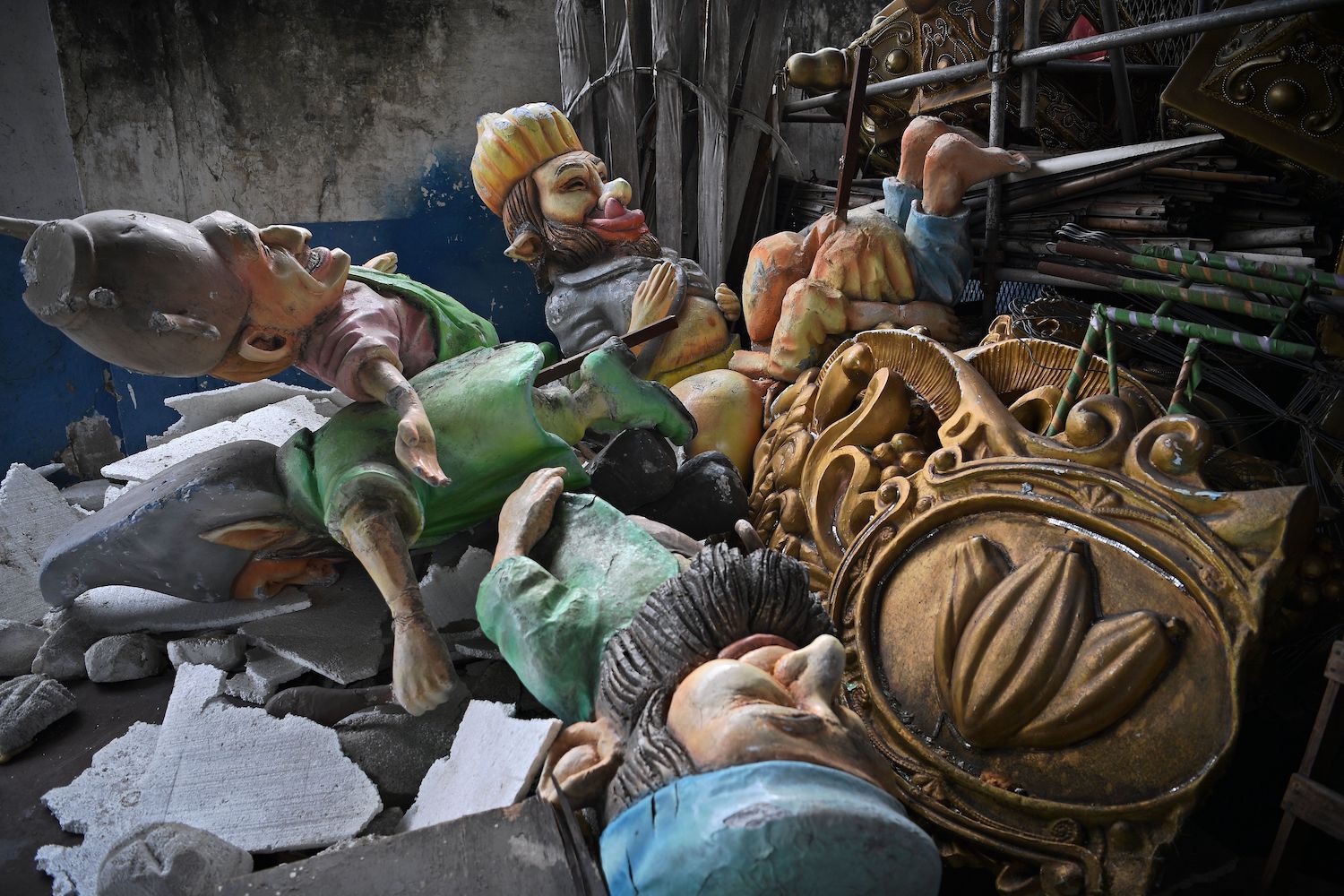 In cities across Latin America and the Caribbean, this week usually brings streets packed with pre-Lenten partiers. Rio de Janeiro, home to what is said to be the world’s largest Carnival celebration, is foregoing an estimated $1 billion of spending in the city by canceling it. As COVID-19 restrictions continue, many Carnival artists have recorded performances that allow a virtual tour of the festival’s diversity.

In Barranquilla, Colombia, 60 dances performed in traditional costumes and cloth masks were turned into two-and-a-half-hour special shows to introduce the festival’s varied local dances, including cumbias; the Afro-Colombian Mapalé; Farotas; and Garabato, the dance of life and death.

From Brazil, you can hear traditional Carnival sambas from Rio de Janeiro bands like Boitatá, the more frenetic Frevo from the city of Recife in the country’s north, and a Carnival show by rising star Àttooxxá, which blends the many Afro-Brazilian rhythms of the state of Bahia.

In Oruro, Bolivia’s most famed Carnival city, the artists’ association said “we can’t minimize” the festival with a scaled-down performance, so television stations rebroadcast past festivities in their full splendor.

Trinidad and Tobago’s national Carnival commission opened a virtual Carnival museum, where visitors can trace the history of the festival from pre-emancipation to the present. The museum tells how it was British colonists’ efforts to suppress working class culture that resulted in the Anglicization of Carnival, with calypso songs now sung in English rather than French patois. Still, calypso has retained its subversive power. Artists of its faster-pace spinoff, soca, have released their own new tracks for Carnival 2021, including “Cabin Fever” and “Private Party.”

“You confined in your mind?” asks one of the soca songs. “What happened to your imagination?”

Menem’s insistence on keeping the peso pegged to the dollar through the late 1990s, part of a suite of economic reforms that included large-scale privatizations, contributed to Argentina’s 2001 collapse. The peg has since been removed, amnesty to military leaders was undone during former President Néstor Kirchner’s administration, and Mercosur is far weaker today than during its founding. But impunity for the 1994 bombing has endured, and efforts to thwart its investigation, including the 2015 murder of prosecutor Alberto Nisman, cast a long shadow over Argentine politics.

NEW FOR SUBSCRIBERS: Want to read more on this topic or region? Click + to receive email alerts when new stories are published on Health, Pandemics, South America

After this week’s election, the country’s oil-fueled model of growth is facing a reckoning.