Washington under siege, peace building lessons from Nigeria, and a potential crisis for China’s aviation industry.

Washington, D.C., hasn’t looked the same since rioters stormed the U.S. Capitol on Jan. 6. The Capitol grounds remain barred behind razor-wire fencing and concrete barricades, and more than 7,000 armed National Guardsmen stand watch. With the tighter security, it’s easy to see why the country’s overseas reputation has been tarnished—but that impression may be mistaken.

Meanwhile, amid the chaos of the Trump administration’s final weeks, the U.S. Commerce Department made a little-noticed announcement that has the potential to derail China’s aviation industry. The Biden administration needs to decide whether to go back to business as usual.

And the Dutch should be aware that undemocratic undercurrents in their society are not so different from those across the Atlantic Ocean, albeit at an earlier stage, Caroline de Gruyter writes. 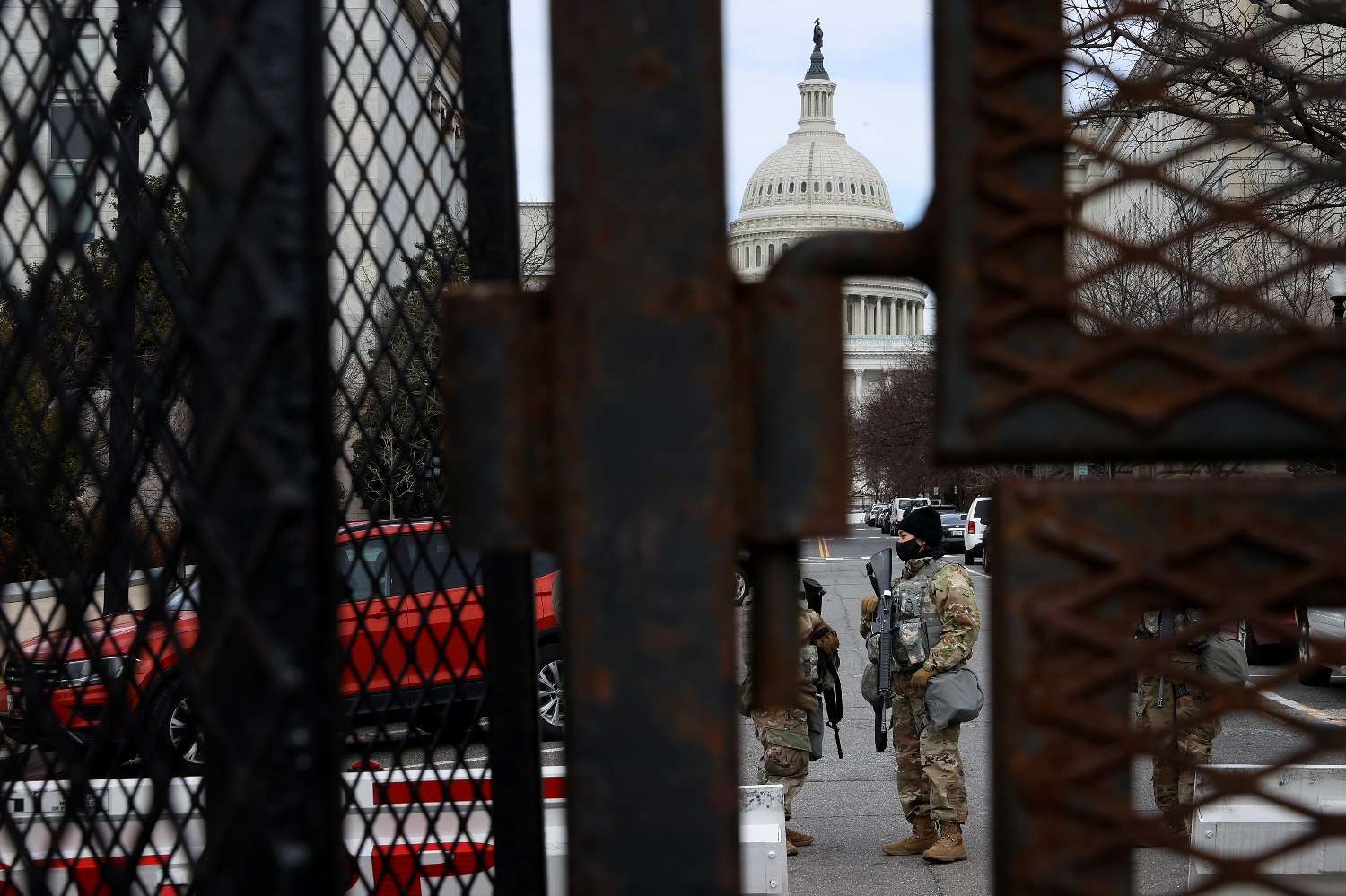 Members of the National Guard continue to stand watch along the temporary security fence that surrounds the U.S. Capitol on Feb. 17.Chip Somodevilla/Getty Images

The U.S. Capitol has been barricaded since the siege on Jan. 6, with National Guard officers reportedly planning to stand watch into the fall. But U.S. democracy, poor optics aside, is operating as it should, Kelly Kimball and Katie Livingstone report. 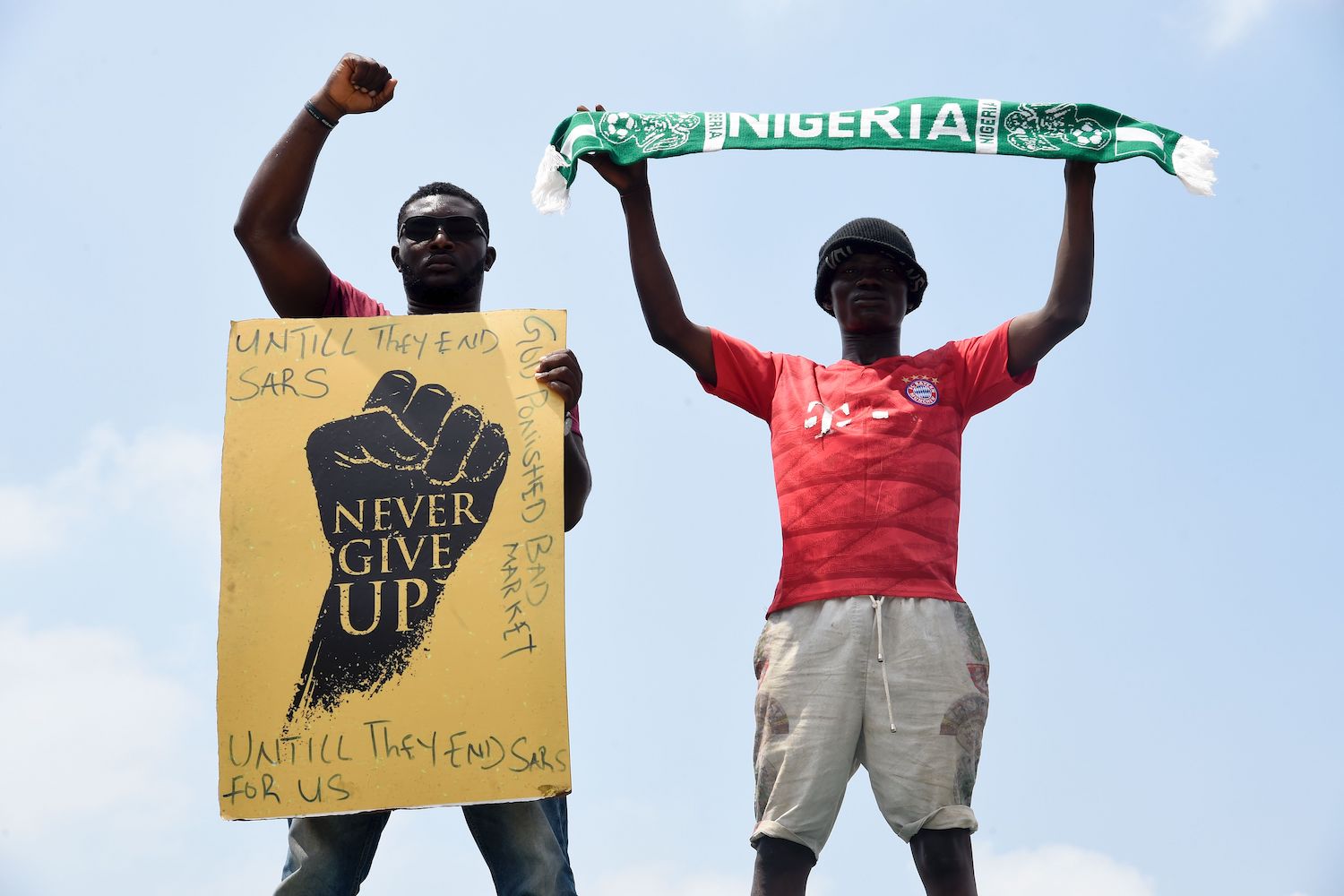 A protester gestures while holding placard that says “Never Give Up” as another holds up a scarf with the colors of the Nigerian national flag during a demonstration to protest against police brutality in Magboro, Nigeria, on Oct. 20, 2020. Pius Utomi Ekpei/AFP/Getty Images

2. Lessons From Nigeria for Peace Building in the United States

For politicians and activists, bridging divides may seem intractable when polarization is so intense. But the experience of the Nigerian city of Jos, which has seen waves of religious violence, shows a path forward, Jacob Choji Pwakim writes. 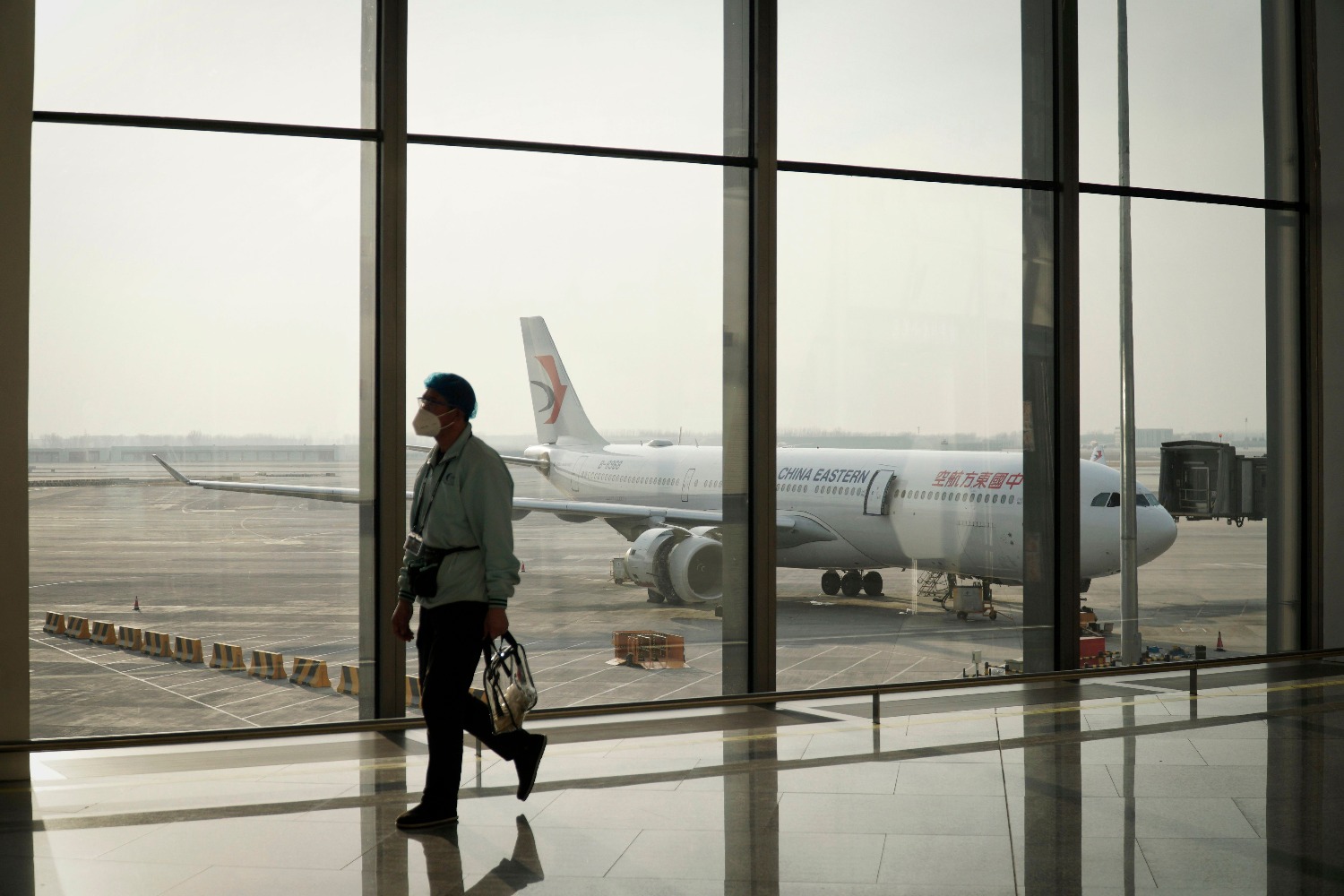 China’s aviation industry only works if foreign companies sell it the equipment needed to get its planes off the ground. And if U.S. President Joe Biden follows in his predecessor’s footsteps, the industry may be in crisis, Richard Aboulafia writes. 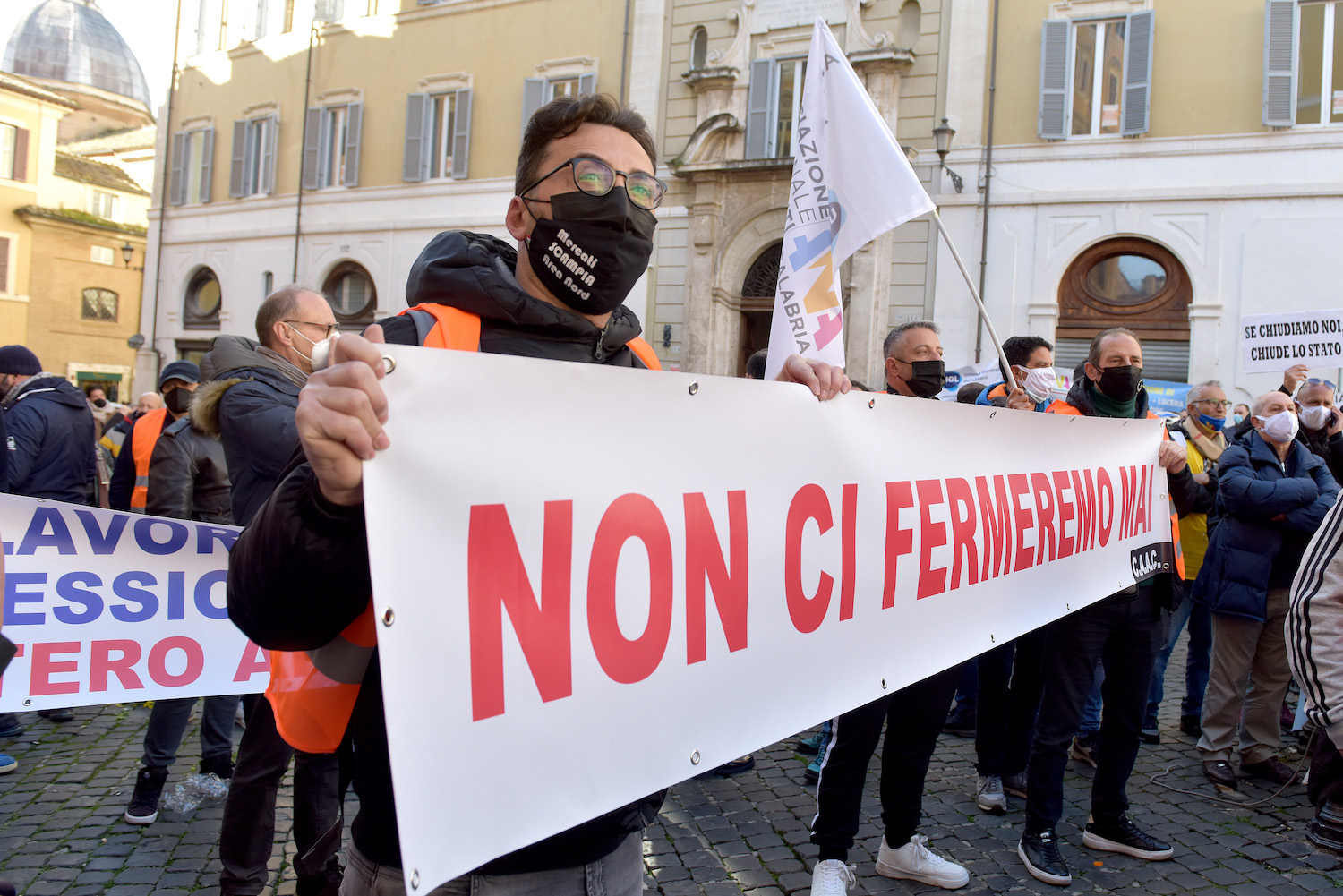 Street vendors, market traders, and self-employed workers from across Italy protest to push for relief from the crisis caused by the coronavirus pandemic in Rome on Feb. 11.Simona Granati – Corbis/Corbis via Getty Images

Class resentment in Italy is mounting, but it’s not directed at the rich. Amid economic crisis, many Italians are turning their frustration against public employees, whose jobs are protected by contracts that rule out layoffs and furloughs, Anna Momigliano writes. 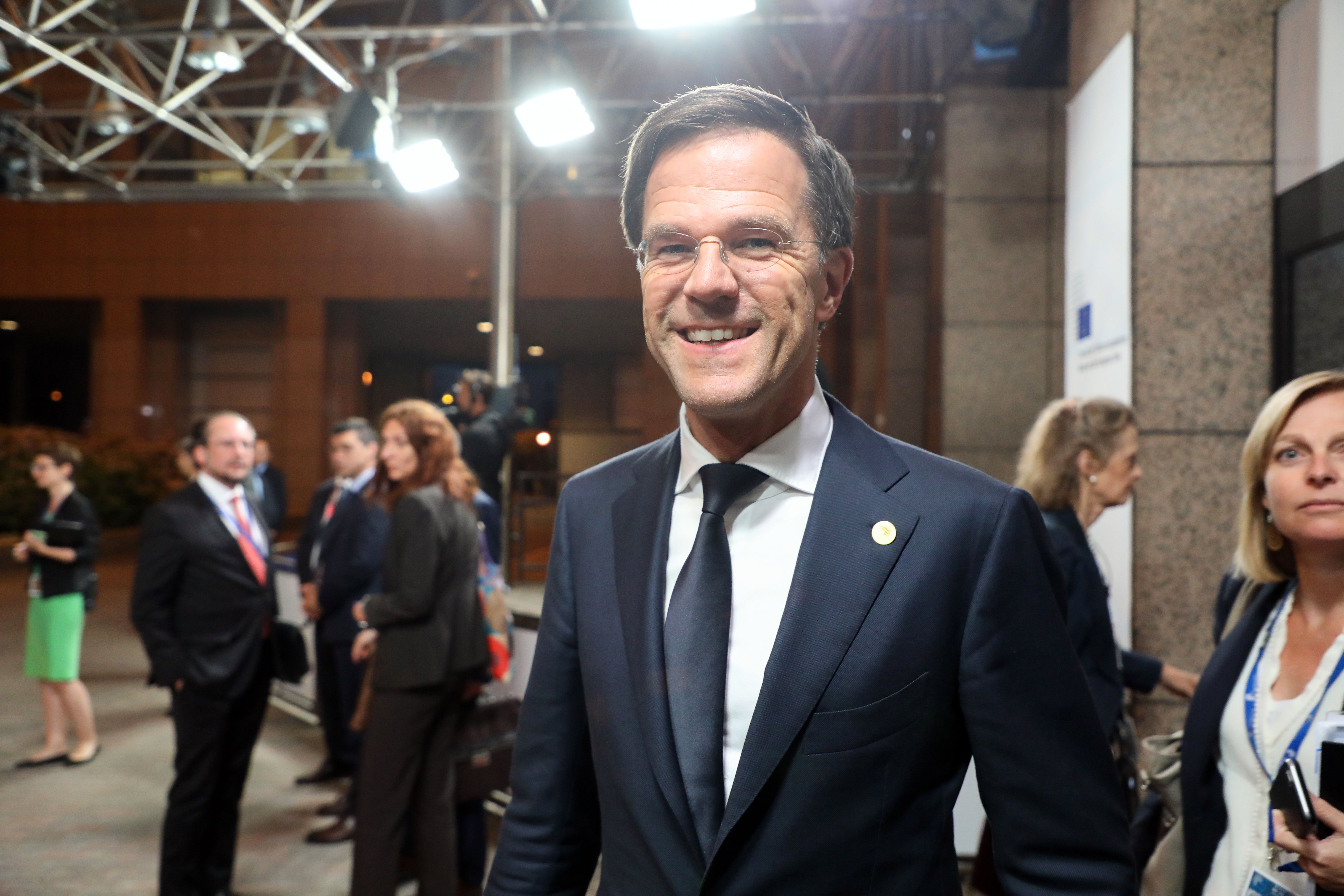 Dutch Prime Minister Mark Rutte speaks to the press before leaving the first day of the European Council in Brussels on June 29, 2018.LUDOVIC MARIN/AFP via Getty Images

In the Netherlands, the government has collapsed as many citizens realize that true reform has become almost impossible. But despite his legacy of failure, Prime Minister Mark Rutte has learned to navigate the frustration, Caroline de Gruyter writes.