Is Jacob Zuma Headed for Jail?

South Africa’s former president failed to show up at a corruption inquiry. The country’s Constitutional Court is now deciding whether he should be arrested.

Is This Jacob Zuma’s Moment of Reckoning?

Former South African President Jacob Zuma is no stranger to the courtroom. In fact, he has built something of a reputation as a Teflon politician, against whom no charges will stick. Yet, after years of ducking hits, it seems Zuma is on the ropes—and, this time, there are few supporters in his corner.

After more than 15 years, Zuma will finally face charges in a corruption trial that has blighted the standing of the country’s ruling African National Congress (ANC) since the Nelson Mandela years. Along with the French arms manufacturer Thales, Zuma faces charges of fraud, racketeering, corruption, and money laundering linked to a $2 billion deal struck in the 1990s.

In a separate matter, Zuma now also faces possible arrest after he refused to answer for more recent corruption allegations committed during his presidency. After his no-show at a judicial inquiry, a judge has asked South Africa’s highest court to impose a two-year prison term if Zuma refuses to cooperate.

Years of charges. The arms deal has cast a long shadow over post-apartheid South Africa. Soon after the transition to democracy in 1994, the South African government made the controversial decision to overhaul its military arsenal, inviting French, German, British, and Swedish arms manufacturers to supply fighter jets and submarines even as millions of its citizens lived in poverty.

As deputy president in 1999, Zuma is alleged to have received a bribe from Thales via his financial advisor, Schabir Shaik. While Shaik was convicted in 2005, charges against Zuma were dropped, in part due to allegations of political meddling and judicial technicalities that dragged on from 2005 to 2018, when the charges were reinstated, just as Zuma’s term as ANC president ended.

Ongoing denials. Zuma has denied wrongdoing and has consistently claimed that the case is politically motivated, noting that only two people, Shaik and former ANC lawmaker Tony Yengeni, were convicted, despite dozens being implicated.

But even if the public were to extend the benefit of the doubt to the former president, it would be hard to ignore the legacy of corruption his administration left behind. During his years in power, state-owned enterprises, from the state broadcaster to the national electricity supplier, were taken over by Zuma allies like the Gupta family for personal enrichment.

Questions on corruption. Last week, Zuma ignored a Constitutional Court order to appear before the commission he set up in 2018, and now the court has to decide whether it will issue an arrest warrant. Zuma, a veteran of South Africa’s struggle against apartheid, seems unfazed by a threat of arrest. The supporters who have gathered around his compound in Nkandla, KwaZulu-Natal—which was itself the subject of a corruption probe after Zuma added lavish upgrades to the property at taxpayers’ expense—are far more determined to keep him out of jail.

Rent-a-crowd. Zuma has always been able to assemble a crowd. During his 2006 trial, after which he was acquitted of raping a family friend, thousands of people blockaded the streets outside the courtroom, turning his appearances into impromptu political rallies that cemented his populist support.

The numbers at his latest trial suggest that his support base is dwindling. Camped around his home are so-called veterans of the ANC’s armed wing who are clearly too young to have seen combat. While branches of the party’s members in KwaZulu-Natal, Zuma’s stronghold, have supported him, provincial leaders have tellingly pleaded with him to respect the courts. At a national level, the ANC executive committee has reiterated its support for the corruption inquiry.

Will he name names? Analysts believe Zuma will eventually concede and appear at the corruption commission. He may even reveal the names of others involved in the arms deal. That could mean more trouble for the ANC. Already, allegations of corruption are being lobbed between factions, attempting to implicate anyone and everyone, including current South African President Cyril Ramaphosa. Zuma, whose political strength seems to be waning, is faced with a choice: Will he bring the ANC down with him in his last fight?

Feb. 25: The Security Council meets to adopt resolutions on the African Union Mission in Somalia.

March 1: Ngozi Okonjo-Iweala begins her term as director-general of the World Trade Organization, making history as the first woman and first African in the role.

A hero on trial. The Kigali trial of the Hotel Rwanda hero Paul Rusesabagina is a litmus test for Rwanda’s justice system and the country’s international image. Outside Rwanda, Rusesabagina’s rendition and subsequent trial have been widely regarded as signs of President Paul Kagame’s tightening authoritarian grip.

Inside the country, the hotel manager-turned-humanitarian icon is being portrayed as a terrorist and charged with aiding and supporting the anti-Kagame National Liberation Front. Rusesabagina is just one of an increasing number of opponents and critics Kagame’s regime has sought to silence.

A Liberian warlord faces his crimes. Nearly three decades after the end of Liberia’s civil war, a notorious warlord is finally facing justice—abroad. Alieu Kosiah, a former commander of the United Liberation Movement of Liberia for Democracy, is facing charges of war crimes in a Swiss court.

In the last few days, witnesses have delivered grisly testimony about the atrocities Kosiah allegedly ordered. He was arrested in 2014, after living in Switzerland for 15 years, and is being tried in accordance with the Swiss Federal Criminal Court’s unique recognition of universal jurisdiction over certain major crimes. 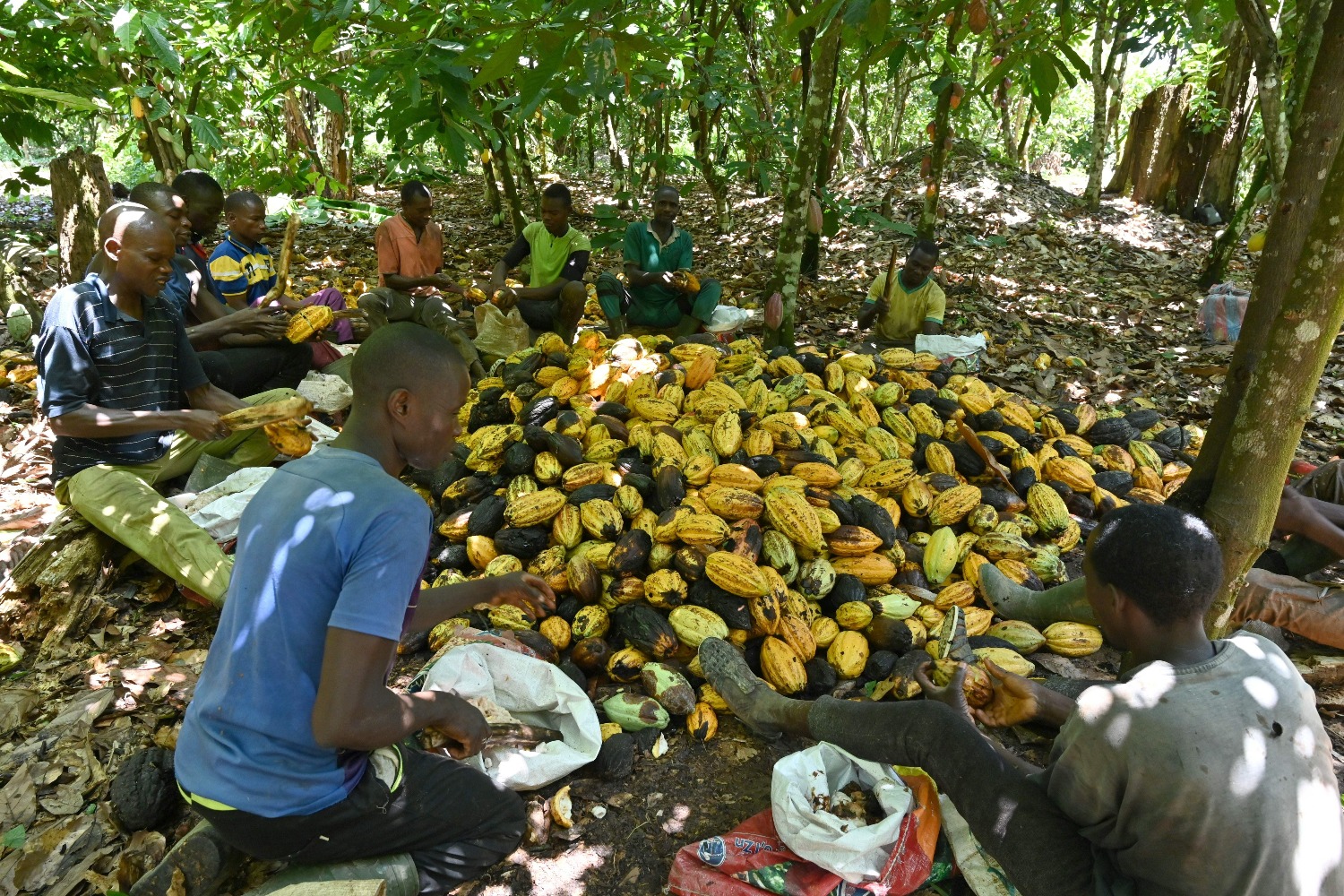 The former child laborers accuse the companies of knowingly profiting from the illegal work of thousands of children on cocoa plantations in Ivory Coast, Mali, and elsewhere in West Africa. The lawsuit, filed in Washington, D.C., also accuses the World Cocoa Foundation of misleading the public and consumers.

An old virus reemerges. Two new Ebola outbreaks have been declared on the continent: In the Democratic Republic of the Congo, two people have died of Ebola in North Kivu province, where an outbreak was declared over last June. In Guinea—which faced a devastating 2014-2016 Ebola outbreak—seven cases were identified, with one confirmed death and four probable Ebola-related fatalities. Both countries hope the Ebola vaccine could help stave off another disaster.

A diplomat dies in Congo. Italy’s ambassador to the Democratic Republic of the Congo, Luca Attanasio, was killed in an attack in the Virunga National Park on Feb. 22. The ambassador’s death on a road cleared by security raises concerns about the increasing instability in the eastern Congo; the Congolese interior ministry blames the Hutu rebel group Democratic Forces for the Liberation of Rwanda. An Italian military police officer and a Congolese driver for the World Food Program were also killed.

Chart of the Week: Troops in the Sahel

With French President Emmanuel Macron announcing no “immediate” reduction in the number of French troops in the Sahel, coupled with Chadian President Idriss Déby’s announcement of more troops, the fight against terrorism in the region has now attracted thousands of foreign boots on the ground. 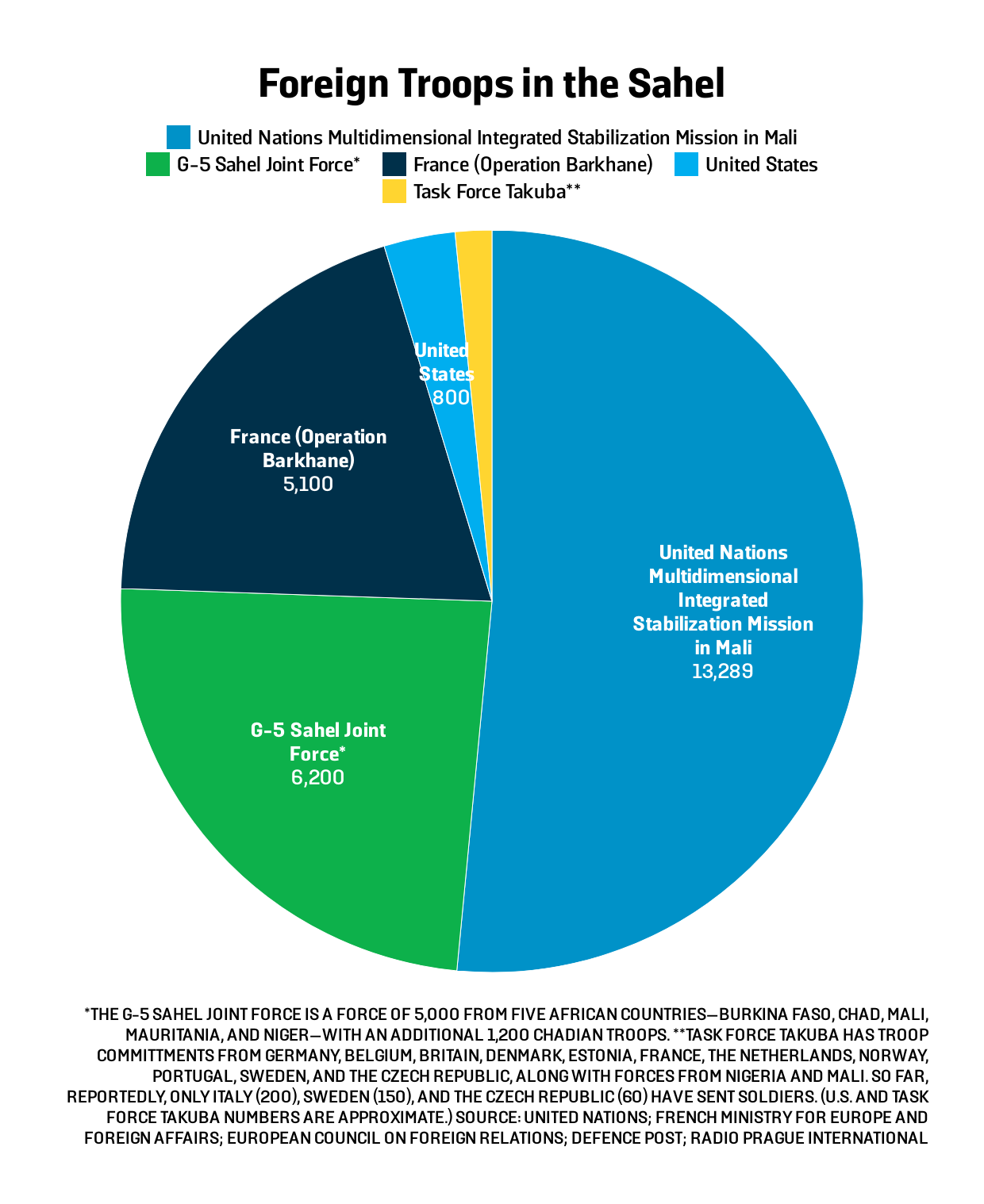 The plan, says founder Jason Njoku, is to raise up to $100 million to help the company expand but also to help it build resilience to shocks like the COVID-19 pandemic and the effects of Nigeria devaluing its currency, the naira, by 24 percent. Nigeria’s central bank devalued the currency twice last year, due to lower oil prices and a recession, and may have to again this year if it follows the International Monetary Fund’s advice.

Njoku built iRokoTV from a small company selling Nigerian DVDs on eBay and transformed it into the world’s largest catalog of Nigerian films and television. With the majority of its customer base already in Europe and the United States, this listing could help shift iRokoTV’s strategy and outlook. But the company has no plans to be a unicorn, wanting instead to keep its valuation relatively modest.

As the up-and-down journey of the African e-commerce platform Jumia on the New York Stock Exchange showed, the novelty of being a publicly listed African tech company is not enough to build a sustainable business.

Protesters with superpowers. The night of Oct. 20, 2020—when soldiers opened fire on young protesters in Lagos—is now firmly part of Nigeria’s collective political memory. It is now also a moment in the Marvel Universe. The Nigerian American author Nnedi Okorafor has reimagined that harrowing night for Marvel’s Voices: Legacy series, out this month.

“The #EndSARS protests sent gigantic ripples all over the world, and it’s fitting that those ripples would make it to one of Marvel’s universes,” Okorafor said. Okorafor is no stranger to this world, having written the Black Panther: Long Live the King novella and the Shuri graphic novel. While her award-winning science fiction and fantasy writing is rooted in African futurism and jujuism, subgenres that are rooted in African myth and culture, Okorafor has used the genre fiction to create new worlds and dismantle old tropes.

Don’t let drug companies create vaccine apartheid. Drawing on her experience campaigning for access to HIV/AIDS drugs, the lawyer and activist Fatima Hassan argues in Foreign Policy this week that governments and the World Trade Organization should waive intellectual property rights on COVID-19 vaccines to avoid another public health catastrophe.

The miseducation of Nigeria’s “upper deck” people. The aftermath of a mass protest movement is the ideal time for Nigeria’s middle class to reevaluate its protected proximity to the rich and powerful. “Could the enduring effects of #EndSARS be the beginning of a broad alliance against an irresponsible political elite that has shirked all pretensions of being responsible to the people?” Dami Adebayo asks in the Elephant.

Shell can no longer shirk responsibility. Two landmark court rulings, one in the U.K. Supreme Court and another in a Dutch appeals court, signal that multinational companies that have profited from pollution will have to face accountability, Kathryn Nwajiaku-Dahou and Engobo Emeseh write in African Arguments.

We welcome your feedback at newsletters@foreignpolicy.com. You can find older editions of Africa Brief here. For more from Foreign Policy, subscribe here or sign up for our other newsletters.