Defense Secretary Lloyd Austin has given the U.S. military instructions to deal with white supremacy as extremists target new recruits in the ranks.

Welcome to Foreign Policy’s Security Brief. Let’s start off with a bit of good news (finally): Pfizer-BioNTech’s vaccine trial data is holding up in the real world. A promising new study involving more than half a million people in Israel shows 94 percent effectiveness against COVID-19 symptoms.

The highlights this week: The Pentagon’s long fight against white supremacy in its own ranks, the Biden team staffs up key posts at USAID, Homeland Security officials now want troops at the southern U.S. border for years, worrying new revelations on Chinese hacking, and more.

Welcome to Foreign Policy’s Security Brief. Let’s start off with a bit of good news (finally): Pfizer-BioNTech’s vaccine trial data is holding up in the real world. A promising new study involving more than half a million people in Israel shows 94 percent effectiveness against COVID-19 symptoms.

The highlights this week: The Pentagon’s long fight against white supremacy in its own ranks, the Biden team staffs up key posts at USAID, Homeland Security officials now want troops at the southern U.S. border for years, worrying new revelations on Chinese hacking, and more.

Self-reflection isn’t easy. Just ask officials at the Defense Department, which has failed three financial audits in a row, with little public fanfare. But the stakes are a little higher for Defense Secretary Lloyd Austin’s review of extremism and white supremacy in the U.S. military, especially after veterans and active-duty troops reportedly joined the pro-Trump mob that stormed the U.S. Capitol on Jan. 6.

The review is picking up steam. This week, Austin sent down instructions to the Army, Navy, Air Force, and Marines to conduct daylong stand-downs to address the issue by the end of next month. The newly minted Pentagon chief and former U.S. Army general has also selected retired Navy Adm. Michelle Howard, former Marine commandant Gen. Robert Neller, and two civilian experts to lead a congressionally mandated panel to help rename military installations named after Confederate generals, such as Fort Bragg.

But it’s still an uphill battle to weed out possible extremists from within the U.S. military, defense officials acknowledge; spokesperson John Kirby said the agency is still getting its “arms around” the problem.

According to Pentagon documents first reported by CQ Roll Call, even though the numbers of extremists identified within the ranks remain low, U.S. military veterans are viewed as prized recruits—so much so that supremacists have been known to join the military in order to recruit others and obtain weapons and tactical skills, CQ reported. The report sent to Congress suggested that the Pentagon could begin asking more pointed questions to security clearance applicants or obtain access to FBI databases monitoring extremist tattoos.

Yet Austin himself is in a unique position to confront the issue, both as the first-ever Black defense secretary and as a former military commander. When he was overseeing operations for the 82nd Airborne Division in the mid-1990s, Austin had to deal with a double murder of two Black pedestrians by members of his unit who had secretly embedded with neo-Nazi groups. He has made the initiative personal, calling on service members who have dealt with extremism in the ranks to share their thoughts with Pentagon leaders in a video message released last week.

Biden’s nominee to be the next head of the U.S. Agency for International Development (USAID), Samantha Power, is still awaiting Senate confirmation. But Biden is rushing to staff up other posts at the agency in the meantime.

Over at the Pentagon, Farooq Mitha has taken over as director of small-business programs, Jamal Brown is the agency’s new deputy press secretary, and Milancy Harris is the new deputy assistant secretary for special operations and combating terrorism.

From Feb. 25 to 28, top Republican leaders will convene at the Conservative Political Action Conference.

Former Secretary of State Mike Pompeo and former National Security Advisor Robert O’Brien will speak in a seminar on national security on March 2 with the Nixon Foundation.

Also on March 2, FBI Director Christopher Wray is scheduled to testify before the Senate on the Capitol Hill riots that took place on Jan. 6.

Southern discomforts. Biden can’t escape messy border problems—or former President Donald Trump’s sweeping immigration crackdown and quest to “build the wall.” Neither can the Pentagon. Now, officials at the Department of Homeland Security say they want U.S. troops to remain stationed at the U.S.-Mexico border for at least the next three to five years, according to a new government report. There are currently about 3,600 troops at the border, with a mission approved through the end of September.

Whether Biden keeps the troops there is a major question for the new administration, with significant security and political implications. Biden has promised a dramatically different approach to border security than Trump. And the Pentagon hasn’t been shy about signaling its unease with the notion it should play a permanent role in border security. 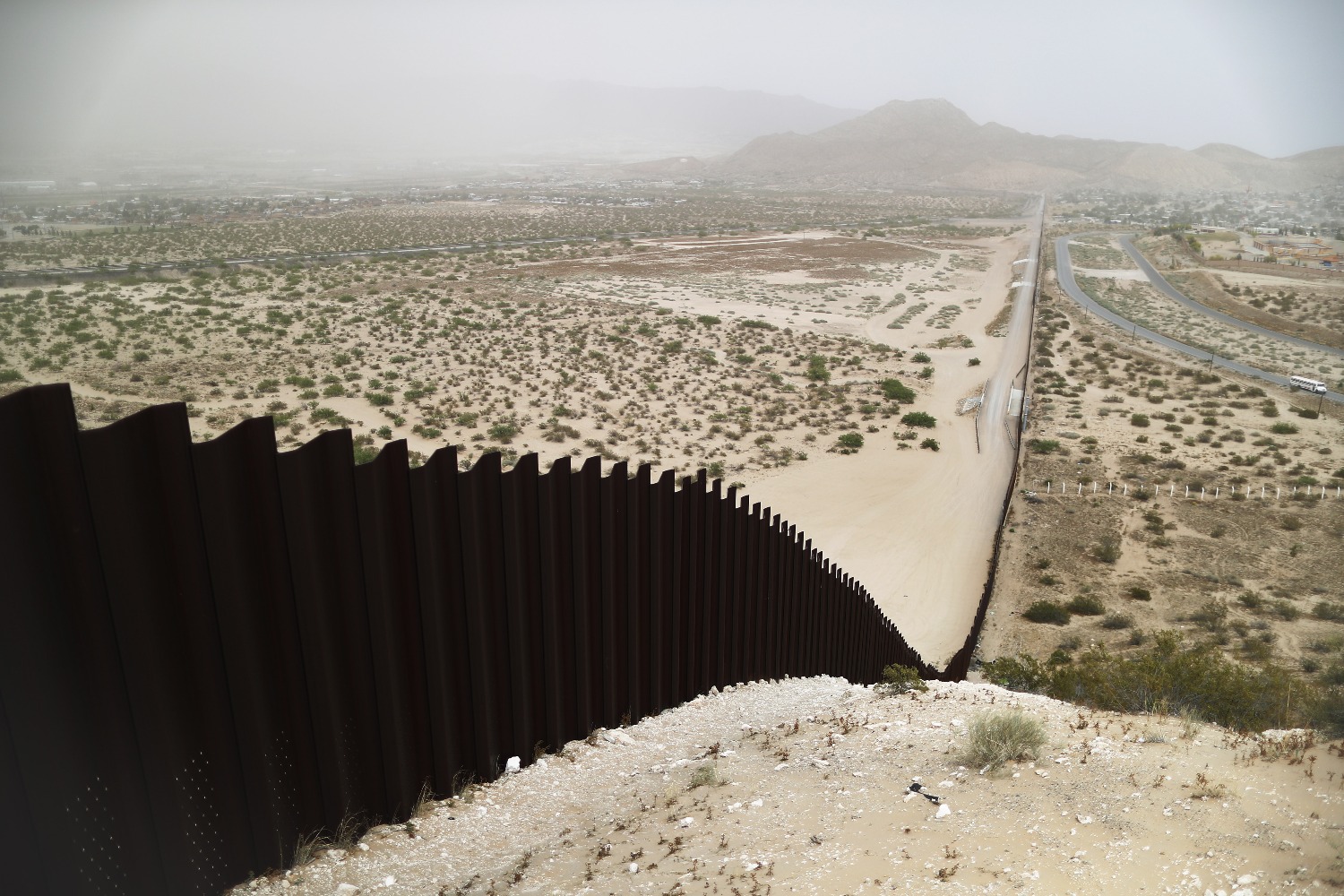 The border barrier between the United States (left) and Mexico as taken from Ciudad Juárez, Mexico, runs down a hillside on May 20, 2019.Mario Tama/Getty Images

Nothing but net woes. The security firm Check Point on Monday reported new evidence that the Chinese hacking group APT31—also known as Zirconium or Judgment Panda and widely believed to be linked to the Chinese government—likely hijacked National Security Agency (NSA) hacking tools back in 2014 and turned them around to use against U.S. targets. This indicates that Chinese groups had access to complex U.S. government-grade hacking tools well before the so-called “Shadow Brokers” leaks of NSA tools back in 2017.

Coupled with the massive SolarWinds hack discovered in recent months, this adds up to more grim news on the cybersecurity front and underscores how vulnerable U.S. government agencies and critical infrastructure are to cyberincursions.

Think tanker, envoy, spy. Biden’s nominee to be CIA director, the former diplomat Bill Burns, testified before the Senate on Tuesday. If the largely collegial tone of the hearing was any indication, he’s widely expected to sail through Senate confirmation with bipartisan support. Burns is a career diplomat and was most recently head of the Carnegie Endowment for International Peace, a think tank. But he’s no stranger to the clandestine world: He helped lead secret negotiations with both Iran and Libya on their nuclear programs and, as ambassador to Russia and Jordan, worked closely with CIA chiefs of station and other intelligence officials.

He told lawmakers that if confirmed, his top priorities would be China and reviving a demoralized workforce. Amy Mackinnon and Robbie have more.

This week, we’ve got some Capitol Hill trivia: On this day in 1870, the first-ever African American member of Congress was sworn in. What was his name? (Hint: He served as a chaplain in the U.S. Army, helping to raise two African American regiments for the Union cause and fought in the Battle of Vicksburg.)

Whoever sends in the right answer first gets a shoutout in next week’s Security Brief!

“It’s nice when the Americans are not pulling out all the references to climate change and instead adding them in.”

When work has you down. From WABC-TV: “Arizona man fakes his own kidnapping because he didn’t want to go to work: Police.”