“The World for Sale” peels back the cover on the secretive—and sometimes shady—people who make the modern world go around.

The Bronze Age, which midwifed the modern world, relied upon unknown traders in tin, a metal in short supply across Europe and the Middle East. Where it even came from was a mystery. It was a crucial commodity, mixed with copper to make the rudimentary swords and spears that drew the borders of the ancient world. Somebody found a source—in Cornwall, or Devonshire, or Brittany—and somehow delivered it to Egypt or Sumer. We don’t know who they were, what they earned, or what corners they cut.

Now we do know—maybe not about them, but about the modern tin traders. There’s not a word about the Bronze Age in The World for Sale, from Javier Blas and Jack Farchy, but there’s a motherlode about the people who literally created the world we live in now by trading the modern equivalents of tin, whether oil, coal, or cobalt. If you have the slightest interest in how the modern world was made, by whom, at what price, and at what profit, this is the book for you. 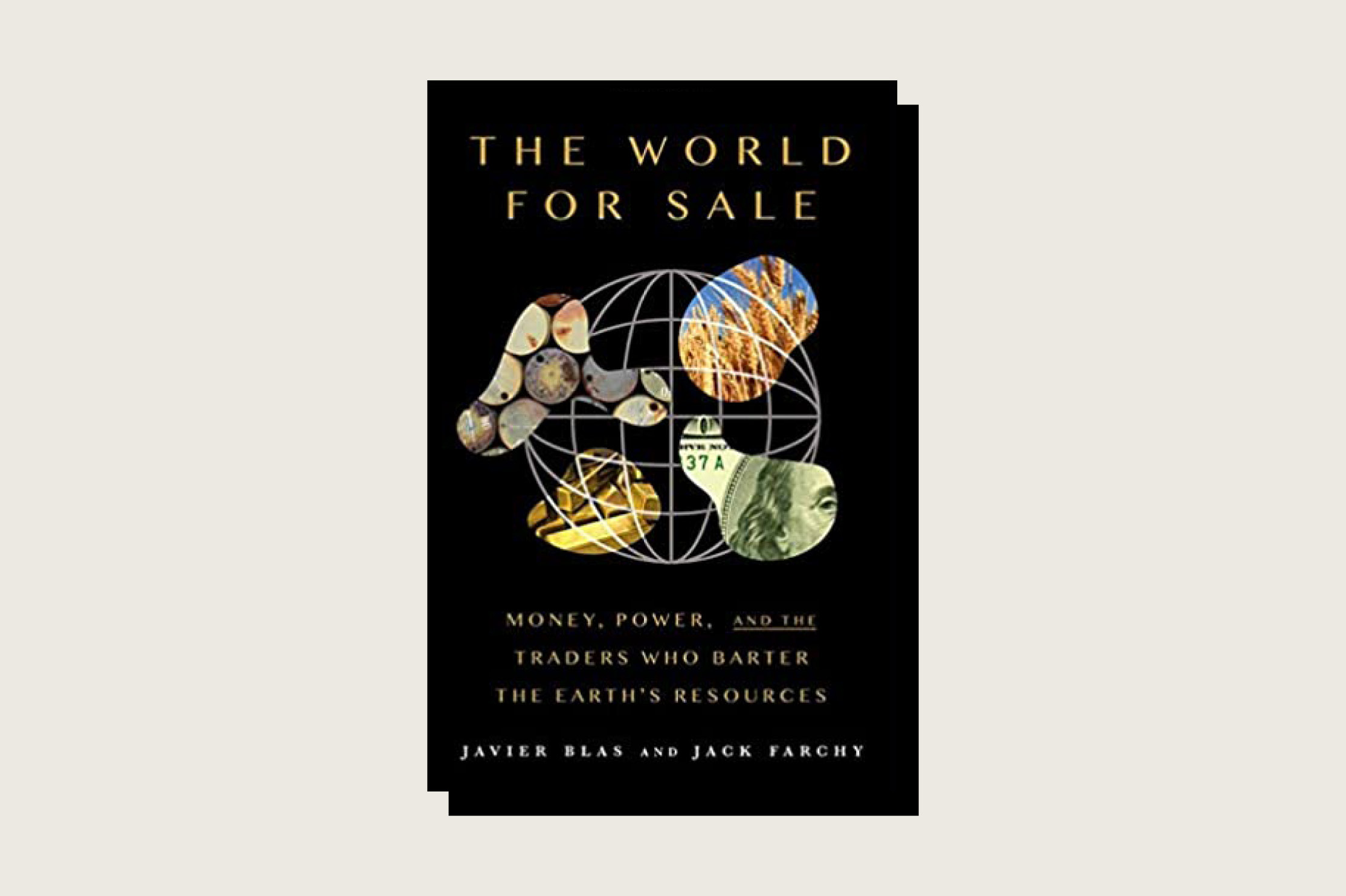 Blas and Farchy, who both covered the commodities industry for the Financial Times before moving to Bloomberg News, have spent years talking with people who don’t talk. They mined thousands of pages of legal filings, company reports, prospectuses, and other rich veins of information. The book is superbly researched and tidily written: There’s no overwrought prose or tortured jargon, just a clean, compelling chronicle of the central role that commodity traders have played in the global economy from the end of World War II to the present.

Take Marc Rich, the trader who made a killing in the 1970s before becoming a tax fugitive. Blas and Farchy describe how his firm dominated shady dealings with rogue regimes, physically connecting the people who had things like oil with the people who needed it. When his eponymous firm became too toxic—U.S. banks wouldn’t touch him—his underlings formed a new company, Glencore, which played an outsized role in the new economy and, naturally, in the book. Who helped create the mining giant Xstrata, which foresaw and which would so richly benefit from the early 21st-century Chinese commodities boom? Glencore. Who bet on coal—not just as traders, but actually at the minehead—as the Chinese economy exploded, making a killing? Who got mixed up with the straight-from-the-headlines Dan Gertler in mining operations in the Democratic Republic of the Congo, much to its ultimate chagrin? Who went public, revealing for the first time the fabulous wealth—more than a dozen billionaires in a single stock offering—that the big trading houses had for years kept under wraps? Always Glencore.

Blas and Farchy have two big advantages: They know what they are talking about, and they know who to talk to. Few of the secretive commodity traders, all from a small constellation of firms with names like Cargill and Vitol, had spoken on the record before; there are plenty of juicy details about how traders changed the world, from saving Fidel Castro’s Cuba to the role that oil traders played in sustaining Vladimir Putin’s Russia after it was crushed by Western sanctions in 2014. There’s plenty of room for Cargill’s pioneering role in feeding the world, while minting more billionaires than any other family (not to mention literally minting its own currency in Zimbabwe at the height of the currency crisis). Trafigura was a scrappy trader—until a toxic dump in the Ivory Coast and a toxic relationship with its big French banker threatened to flatline the firm. Companies like Vitol figure throughout, shipping oil from sometimes shady regimes to often shady buyers, always with an upside—for the traders, at least.

For decades, the big trading houses had been private, keeping their books to themselves; not even the traders at Glencore knew who actually owned the shares until it came time to sell them. Once commodity traders did, raising billions on the capital markets a decade ago, they finally had the financial firepower to really wreak havoc. And they did. Iraqi Kurdistan declared independence thanks to traders. Chad financed itself through oil-for-cash deals that traders arranged. Kazakhstan relied upon its trusted, if not entirely trustworthy, middlemen. Russia survived sanctions in no small part thanks to legions of Swiss-based traders.

“They were no longer just traders of commodities, but merchants of power,” Blas and Farchy write of the new era. It may not last. Free trade is under fire. China’s commodity boom, which fueled the supercycle in the early 2000s that made them all rich, is fizzling. Climate change makes big bets on coal mines seem wrong-footed. Information isn’t as siloed as it once was, eroding traders’ traditional edge.

Then again, as Blas and Farchy note, the oil market only survived the historic upheaval of 2020 thanks to traders: With the world in lockdown, the only people who would buy oil were traders, who stored it on tankers, to be sold another day. Sure, they made a killing—but they staved off a bloodbath.

“[C]ommodities are still a sure-fire path to money and power,” they write. “The traders may well remain powerful actors in world affairs for years to come. But after decades in the shadows, their influence can surely no longer be ignored.” Thanks to Blas and Farchy, it certainly won’t.

Securing human rights in the supply chain of critical minerals is vital for a green future.

The U.N.’s Moment in Venezuela Has Arrived

Don’t Just Make Foreign Policy for Working Americans. Engage Them in It.

India Is Seeing a Terrifying Second Wave of COVID-19