Why Boris Johnson’s failures in the pandemic are partly the product of the office he holds.

If and when British Prime Minister Boris Johnson leads the Conservative Party into another election, the contest will almost certainly be dominated by his handling of the coronavirus pandemic. Prior to his government’s seemingly effective vaccination campaign, Johnson’s performance did not have many defenders: Britain suffered proportionally more deaths in each of the successive waves of outbreaks than many countries in Europe and endured more severe lockdowns as well. For Johnson’s critics, this was more than a product of poor luck but rather entirely in keeping with his eccentric personality and absent-minded approach to governance when denied his preferred role as the purveyor of positive news.

Johnson hasn’t made it easy for his supporters to defend his managerial skills. But there is another line of defense available, one that the British public deserves to consider. The problem might not be solely that Johnson has performed the job of prime minister poorly during this latest national crisis but rather that the job of prime minister, even in normal circumstances, has become too dysfunctional for anyone to fulfill. 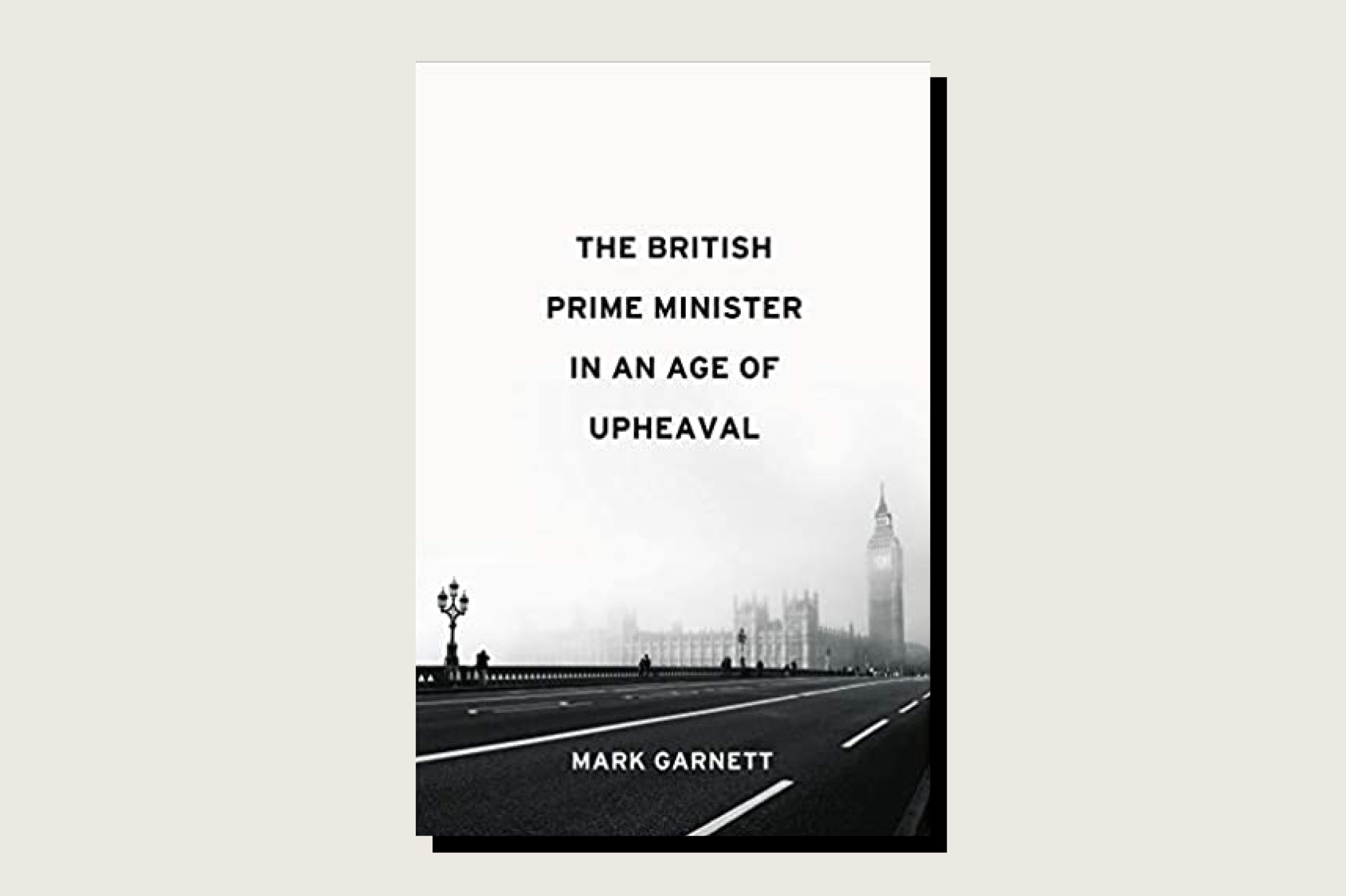 One of the most serious problems British leaders face is almost entirely self-inflicted. Every prime minister since 1945 has succumbed, to different degrees, to a self-defeating compulsion to overestimate Britain’s capacity to influence global developments. Successive prime ministers and their speechwriters have indulged in rhetoric suggesting the country has vast stores of international influence. Intended to please the public, it has instead merely set the country up for disappointment. Nationalist rhetoric formed a significant part of the mood music that convinced a narrow majority of voters in 2016 that Brexit would be a risk-free venture.

Even relatively levelheaded Prime Minister David Cameron regularly expressed this type of nationalism, which contributed to his own inability to eventually rebuff the Brexiteer slogan of “Take Back Control” in the 2016 referendum. Cameron was better placed than anyone to argue that the British state had limited capacity to take control of anything beyond the pay and pensions of its employees—but if he had attempted this crucial step into the real world, he would have looked like one of the so-called defeatists who, allegedly, had sold Britain short since 1945.

In large part, of course, the inability of the British state to exercise more than a modicum of control over its decisions is a consequence of globalization, of which the United Kingdom had been a pioneer in the 19th century but which, inexorably, would have reduced its relative status even without the impact of two ruinous world wars. The country’s acute vulnerability to developments outside its borders should have been common knowledge among 2016 voters, thanks to the damage inflicted by the credit crunch that began to affect financial institutions in 2007.

The prime minister at the time, Gordon Brown, demonstrated Britain’s continued relevance by promoting a coordinated global response to this economic disaster. However, his efforts were not appreciated by British voters, who had been taught that the world automatically looked toward Britain in times of trouble. Far from congratulating Brown on his initiatives, before the 2010 general election, Cameron and the Conservatives were widely believed when they blamed the prime minister and his colleagues for economic developments that were far beyond Britain’s control.

The hobbling of the office of prime minister accelerated profoundly during the tenure of Cameron’s Conservative predecessor, Margaret Thatcher, from 1979 to 1990. By inspiring an attack on the competence of the British state, she contributed to its deterioration and ultimately left it incapable of meeting challenges like the coronavirus pandemic. Having convinced herself that Britain’s political establishment was complicit in, and indeed had compounded, the country’s postwar decline, she identified unelected bureaucrats as the easiest target for reform and embarked on a coordinated assault. Over time, this turned public servants devoted to the long-term national interest into unquestioning enforcers of the whims of the party that happened to hold office at any given time.

The Year in Review |
Sasha Polakow-Suransky

This hollowing out of the British state was partly institutional; government departments were broken up into numerous semi-autonomous agencies, purportedly in the interests of efficiency. However, the only beneficiaries of this process were elected ministers, who could now pass the buck for glaring errors committed within their departmental remits. At the same time, the reduction of direct control over policy outcomes made it more difficult for the elected heads of government departments to claim any credit for policies that (through accident more than design) achieved their stated objectives. As a logical consequence, ministers began to equate success with favorable short-term media responses to policy announcements. Rather than consulting civil servants with relevant knowledge, they closeted themselves with special advisors and spin doctors, who were paid from the public purse to massage their tender egos. This tendency began under Thatcher but found its full fruition during the premiership of Tony Blair (1997-2007), who established the ethos for every member of his administration by letting it be known that he only wanted to be associated with positive news stories.

The undermining of state authority is not unique to Britain among liberal democracies, but it is more noteworthy since the British state (unlike its continental counterparts) was highly reputed for its wartime performance and this feeling took much longer to fade away. Even during the Thatcher years, individual ministers were well-known figures who commanded considerable public respect, and many people continued to think that “Whitehall knows best.” Since then, ministerial profiles have declined in tandem with the undermining of the state so that under Johnson the best-known figures tend to be the ones who are held up to the greatest ridicule because of ill-advised utterances or failed policies. The old idea that the British prime minister should be “first among equals” in a functioning cabinet system can no longer be squared with developments that no senior politician can resist. Only the Treasury retains any of its old reputation because its decisions have a direct impact on the public rather than being implemented through a network of arm’s-length institutions that may or may not comply with a minister’s bidding.

As the cabinet has lost repute individually and collectively, the prime minister has become ever more prominent in media coverage of British politics—without enjoying a modicum of the power to realize the expectations of the public. Above all, the popularity of the prime minister has come to be viewed as the key factor in the electoral fortunes of his or her party. The hollowing out of the state’s governing capacity has coincided with demographic changes that have eroded the old link between social class and partisan allegiance. Since few voters now give automatic support to the party that supposedly upholds the interests of their class, increasingly they base their electoral choices on perceptions of competence. The most convenient way to assess the competing parties is to judge the qualities of rival leaders.

Thus, even though Britain retains a parliamentary system of government, since 1979 it has gradually adopted presidential-style elections. The key landmark in the process was the introduction of televised leader debates in 2010. However, the weekly Prime Minister’s Questions (PMQs), though still ostensibly a parliamentary occasion, have become presidential bids for electoral support since the proceedings of the House of Commons were first televised in 1989. Johnson has completed the task of making PMQs into a weekly version of electoral leader debates by refusing to answer questions from Labour’s Sir Keir Starmer, the leader of the opposition, and instead asking what Starmer would do if his party were in office.

Compared with the situation before 1979, Britain is now a country that does not lend itself to two-party politics. Proportional representation in general elections is only opposed by people with a vested interest in the continuation of a system that forces the best informed and least tribal voters to vote against the party they dislike the most. A well-advised prime minister would campaign energetically for reform (unlike Cameron, who spoke against even a modest departure from the first-past-the-post system in a 2011 referendum) since the current situation of perpetual head-to-head campaigning against the opposition leader is a demeaning exercise that impairs the governance of the country. Once the current global crisis is over, parties should also remove the final choice of leader from their grassroots party members. These reforms, adopted by both major U.K. parties since 1979 in desperate attempts to keep their members happy, have done nothing for the morale of ordinary voters who are now faced with unpopularity contests like the December 2019 general election between Johnson and Jeremy Corbyn.

Johnson’s supporters continue to insist that British voters dodged a bullet by siding with the incumbent prime minister rather than the former Labour leader. One would hope that there are other, more objective observers who spent their enforced solitude during Johnson’s repeated semi-lockdowns wondering about the systemic malfunctions that have turned palpably underqualified individuals like Johnson and Corbyn into plausible applicants for the top job in British politics in the first place and how public expectations of governments and their leaders have been lowered so far that Johnson’s political career might still survive his disastrous handling of the pandemic.

Mark Garnett is a senior lecturer at the Department of Politics Philosophy and Religion at Lancaster University and author of the forthcoming book The British Prime Minister in an Age of Upheaval.

‘The Taliban Have Tracked Me’