In ‘The Committed,’ Revolution and Colonialism Turn Into Crime

Nguyen, a professor of English, American studies, and ethnicity at the University of Southern California Dornsife, has been examining questions about violence and revolution from multiple and divided perspectives in both his academic work and his fiction for years. He emigrated from Vietnam as a child with his parents in 1975, and he has become one of America’s sharpest analysts of imperialism in general and of the country’s relationship with Vietnam in particular. His new book, The Committed, is a sequel to his first Pulitzer Prize-winning book, The Sympathizer, a metaphysical spy novel about colonialism and revolution. 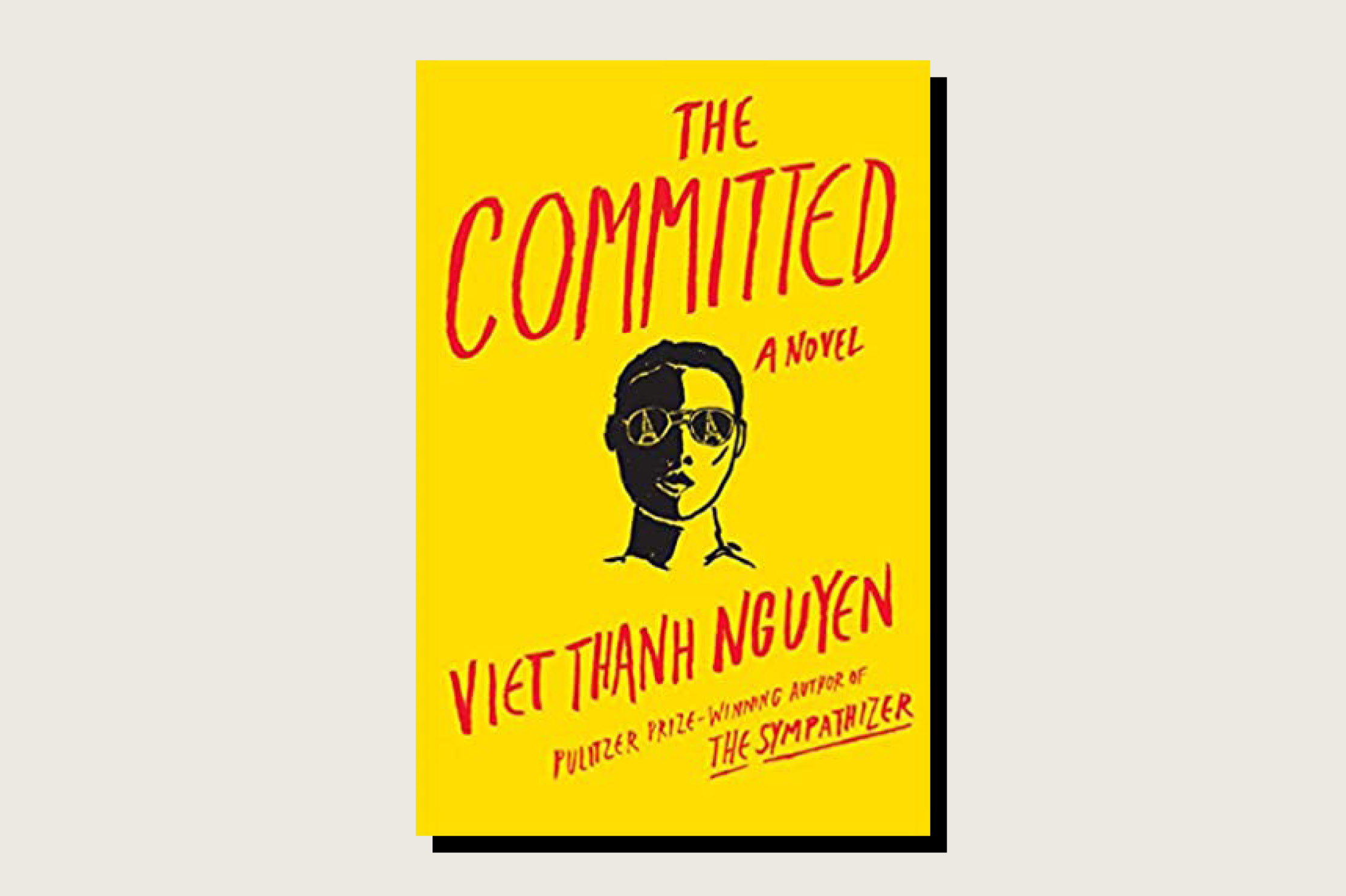 The first book is told by an unnamed narrator, the sympathizer in the title, who serves as a North Vietnamese spy to a South Vietnamese general. He is caught between his two blood brothers. One, Man, is his communist superior. The other, Bon, is a rabid anti-communist in the South Vietnamese general’s service, blithely unaware that the narrator is a spy. The sympathizer follows the general from Vietnam to the United States when the war is lost and then returns back to Vietnam, committing along the way various horrific acts for causes he believes are noble—until he starts to wonder if they aren’t. “Even as a secret policeman, however, I never used violence insomuch as I allowed others to use it in front of me,” the narrator rationalizes with urbane equivocation. By the end of that book, he has perpetrated enough atrocities that euphemisms no longer serve, especially since atrocities have also been committed against him. He and Bon are tortured in a communist Vietnamese prison camp. In the novel’s last pages, they are released and set off in a refugee boat, sailing to France and Nguyen’s second novel.

At the beginning of The Committed, Nguyen told me, his narrator is a “revolutionary who has become disillusioned with communism but hadn’t given up on the idea of the necessity of revolution itself. I wanted to pursue that question of what a revolutionary without a revolution would do next.”

The answer, as it turns out, is that he’d pursue a career of crime. The sympathizer becomes a drug dealer in the Paris underworld, supplying Marxist academics with cannabis at first. Then he moves to more dangerous clients and more dangerous drugs, sliding down a slippery slope of bad luck, indifference, and casual avarice.

Nguyen says he chose the French setting because he wanted to explore that country’s relationship to racism and violence as well.

Nguyen says he chose the French setting because he wanted to explore that country’s relationship to racism and violence as well. He made the book a crime novel because crime is a good metaphor for the violence and injustice of colonialism. “When it comes to crime stories, I think any crime writer who’s any good understands that the individual crimes are nowhere near as serious as the crimes of the state and crimes of corporations and crimes of the powerful,” Nguyen said. The drug violence of Algerian and Vietnamese gangs is only a shadow of the violence directed at Vietnamese and Algerian people by the French government. “As the sympathizer says,” Nguyen told me, “a drug dealer may be bad, but at least you’re honest about being a crook. Whereas the real criminal is the capitalist who disavows his own crime.”

At the center of the novel’s struggle with violence is an argument with the Marxist philosopher Frantz Fanon. In The Wretched of the Earth, published in French in 1961, Fanon writes that “violence detoxifies [and] frees the colonized from his inferiority complex and from his despair and inaction.” In the novel, this is quoted by a thug who regularly beats people up over drug money, as well as by the sympathizer, who also keeps harming people for increasingly dubious reasons. “Violence may detoxify and transform,” Nguyen told me, “but the consequences of violence are oftentimes quite terrible. The transformation of the individuals who do violence and the movements that undertake violence often become deformed.”

The sympathizer certainly doesn’t experience violence as purifying or liberating. Instead, everyone he kills or tortures is a wound and a kind of division in the soul, forcing him to see himself as victimizer as well as victim. Yet when the sympathizer bravely and somewhat uncharacteristically chooses nonviolence in The Committed, the results are not exactly purifying either.

The sympathizer’s guilt-ridden, confused, and ineffectual relationship to violence and nonviolence stands in sharp contrast to the extremely efficacious violence of his blood brother Bon. One of the low-key ironies of the novel is that if it were a traditional Cold War spy story, Bon would be the hero. He’s a ruthlessly efficient killer, with no self-doubts. And, like most of the hero spies who star in English-language pulp, he’s a virulent anti-communist—his father was murdered by the North Vietnamese. Indeed, Bon’s pure loathing of the left makes Ian Fleming’s James Bond look like a dilettante.

Bon’s politics are very much not Nguyen’s. “I would not want to hang around a guy like Bon and vice versa, of course!” he told me. “But the task of the novelist is to find empathy for all the characters. And in fact, I felt a lot of empathy for Bon, and I actually liked him quite a bit. Because if you agree with his worldview, that communists are bad and he’s engaged in an absolute war with evil, then killing the communists is actually something heroic.” Bon is driven to violence by a sense of justice and personal injury just as his blood brother is. It’s just that the sense of justice and the personal injuries are different. The sympathizer, like Nguyen himself, sees both sides; he loves Bon despite his political beliefs, while Bon loves the sympathizer only because he does not know what his political beliefs are. Does the broader view make violence more justified? Or less?

That question isn’t exactly answered in The Committed—not least because it’s not the end of the story. Nguyen promises a third volume, in the great tradition of pulp trilogies. The sympathizer will head back to the United States, Nguyen says, and the novel will focus on the Reagan years there. “It will be another gangster epic,” he told me. “Some of the characters from the first novel will reappear here as the sympathizer returns, either to make amends or to seek revenge.”

Or possibly, as often with the sympathizer, both. The “bullet remains lodged in your head, stuck in the seal between your two minds, as stubbornly wedged as a morsel of gristle and meat between your molars,” the sympathizer thinks to himself. Nguyen keeps worrying that morsel of violence, chewing over the problem of revolution with prose that bites.

Noah Berlatsky is a freelance writer in Chicago.

In ‘Da 5 Bloods,’ Vietnam Is Just Another Backdrop for American Pain