Washington Makes a Last-Ditch Effort for Peace in Afghanistan

The Biden administration’s new strategy could put it on a collision course with President Ashraf Ghani.

If you would like to receive South Asia Brief in your inbox every weekday, please sign up here.

If you would like to receive South Asia Brief in your inbox every weekday, please sign up here.

The U.S. Has a New Peace Plan. Does It Need Ghani’s Buy-In?

Blinken’s letter calls for ambitious steps: a U.N.-mediated effort to forge a regional consensus on Afghanistan, the establishment of guiding principles for talks between Afghan political leaders and Taliban representatives, a conference in Turkey to finalize a peace deal “in the coming weeks,” and a 90-day reduction in violence.

The new plan reflects Washington’s urgency to create better conditions on the ground for what Biden administration officials have described as a “responsible” military withdrawal. But the strategy, which expects significant deliverables in a matter of weeks, not only asks for the moon. It also risks sparking a serious diplomatic crisis between the United States and Afghanistan—and a fresh political crisis in Kabul.

The letter pressures Ghani to do something he opposes—to support the formation of an interim government, currently at risk of losing power—while threatening something he fears: the full withdrawal of U.S. forces from Afghanistan. Blinken uses other language Ghani won’t like, noting that a “similar message will be shared” with Afghan Chief Executive Officer Abdullah Abdullah, Ghani’s bitter rival, and suggesting that Washington doesn’t consider Ghani’s presence at the Turkey conference to be mandatory.

In doing so, the letter represents an abrupt shift from earlier administration messaging. White House readouts of a call between National Security Advisor Jake Sullivan and his Afghan counterpart on Jan. 23, one between Blinken and Ghani on Jan. 28, and one between U.S. Defense Secretary Lloyd Austin and Ghani on Feb. 5 all highlight a promise to closely consult with Kabul. Few world leaders received as many calls as Ghani in the administration’s early days.

Ghani is reportedly “deeply angry” about the letter. Vice President Amrullah Saleh, one of his allies, said on Monday that the government would “never accept a coerced and imposed peace.” But other political leaders have telegraphed receptivity. Abdul Sattar Murad, a leader of the Jamiat-e Islami party (which includes several of Ghani’s top rivals), praised the letter’s emphasis on trying to end the war. Ghani’s own foreign minister, Mohammad Hanif Atmar, noted its focus on common U.S. and Afghan interests. Pro-Taliban figures have expressed support too.

These reactions could convince the Afghan president that Washington is circumventing him and aligning itself with his rivals—and even the Taliban. This perception would bode ill not only for his relations with Washington but also for the stability of Afghanistan’s fractious political environment.

Ghani’s relationship with Washington could follow a similar trajectory as that of his predecessor, Hamid Karzai, who initially enjoyed warm relations with Washington and a strong backing from then-President George W. Bush. But by the end of his presidency, his relations with the Obama administration were downright toxic. U.S. officials viewed Ghani, a former World Bank official with many friends in Washington, as a breath of fresh air, as I wrote in Foreign Policy in 2015. (Karzai has expressed strong backing for Blinken’s letter.)

Six years later, storm clouds hang over Ghani’s relationship with the United States. The Biden administration holds out hope that Ghani, faced with pressure at home and from abroad to endorse Blinken’s plan, eventually agrees to play ball. If he refuses and Washington attempts to work around him, an already ambitious peace plan will become even more difficult to pull off.

March 12: The leaders of Australia, India, Japan, and the United States meet at a virtual Quad summit.

March 18: Moscow hosts a conference on the Afghan peace process.

Virtual Quad summit. On Friday, U.S. President Joe Biden will join his counterparts from the other three Quad countries—Australia, India, and Japan—for a virtual meeting. The session follows another meeting last month featuring foreign ministers. That two Quad meetings are taking place less than two months into Biden’s term underscores the new administration’s support for the fledgling alliance, which gained new momentum in the Trump era.

This forward movement also shows that the four countries are strengthening resolve to counterbalance China, as they each experience some of the worst tensions with Beijing in decades. Fears of antagonizing China once compelled the group to limit its meetings. It operates under no such constraints today.

India’s economic rebound. At this time last year, India’s economy was in a bad place. Key sectors, including manufacturing and telecommunications, were sputtering. The labor economy was struggling to recover from an unemployment rate that had reached a 45-year high in 2019. The pandemic seemed likely to compound these challenges, but new growth projections announced this week suggest that recovery is imminent.

Gita Gopinath, the International Monetary Fund’s chief economist, forecasted 11.5 percent GDP growth during India’s next fiscal year, which begins in April, compared to an expected 8 percent contraction in the fiscal year that concludes this month. The Organisation for Economic Cooperation and Development, in its latest economic outlook, estimates even higher growth at 12.6 percent. If that holds, India would overtake China to regain its status as the world’s fastest-growing major economy—a sweet victory in light of New Delhi’s increasingly bitter rivalry with Beijing.

Economists attribute the turnaround to strengthening manufacturing and construction sectors, the return of economic activities that were curtailed during the height of the pandemic, and effective fiscal measures.

The gender gap. South Asia marked International Women’s Day on March 8 with rallies focused on a variety of causes, from better social welfare benefits for Sri Lankan women to the removal of taxes on women’s sanitary products in Nepal. Women’s inequality remains a major challenge in the region. The 2020 World Economic Forum Global Gender Gap Index ranks every South Asian country except Bangladesh in the bottom half on gender equality. (Afghanistan is not included in the rankings, though it would undoubtedly fare poorly as well.)

Pakistan is ranked 151 out of 153 countries, followed only by Iraq and Yemen, but it boasts a strong tradition of civil society advocacy for women’s rights. Some of the country’s most renowned activists, including the late human rights crusader Asma Jahangir, have been women. In cities around the country, Pakistanis marked International Women’s Day with an annual Aurat (“Women’s”) March, in defiance of threats from religious hard-liners and online abuse.

A joint investigation by Al Jazeera and Haaretz revealed this week that the government of Bangladesh has invested in phone-hacking technologies produced by a private security firm in Israel—a country that Dhaka does not recognize. The equipment, which were also used by police in Hong Kong to hack into the phones of pro-democracy protesters in 2019, can access any information embedded in a mobile phone, from personal relationships to medical records.

The investigation underscores Bangladesh’s turn away from democracy. And it’s not the first time Dhaka has used technology toward anti-democratic ends. The Digital Security Act, passed in 2018, has been used to crack down against online dissent, sometimes with deadly consequences. Last month, a Bangladeshi writer arrested nine months earlier for a Facebook post that criticized the government’s pandemic response was found dead in his prison cell.

“I was very nervous. I was feeling so much emotional, but I had in my mind that I must overcome this ordeal, this final test.” 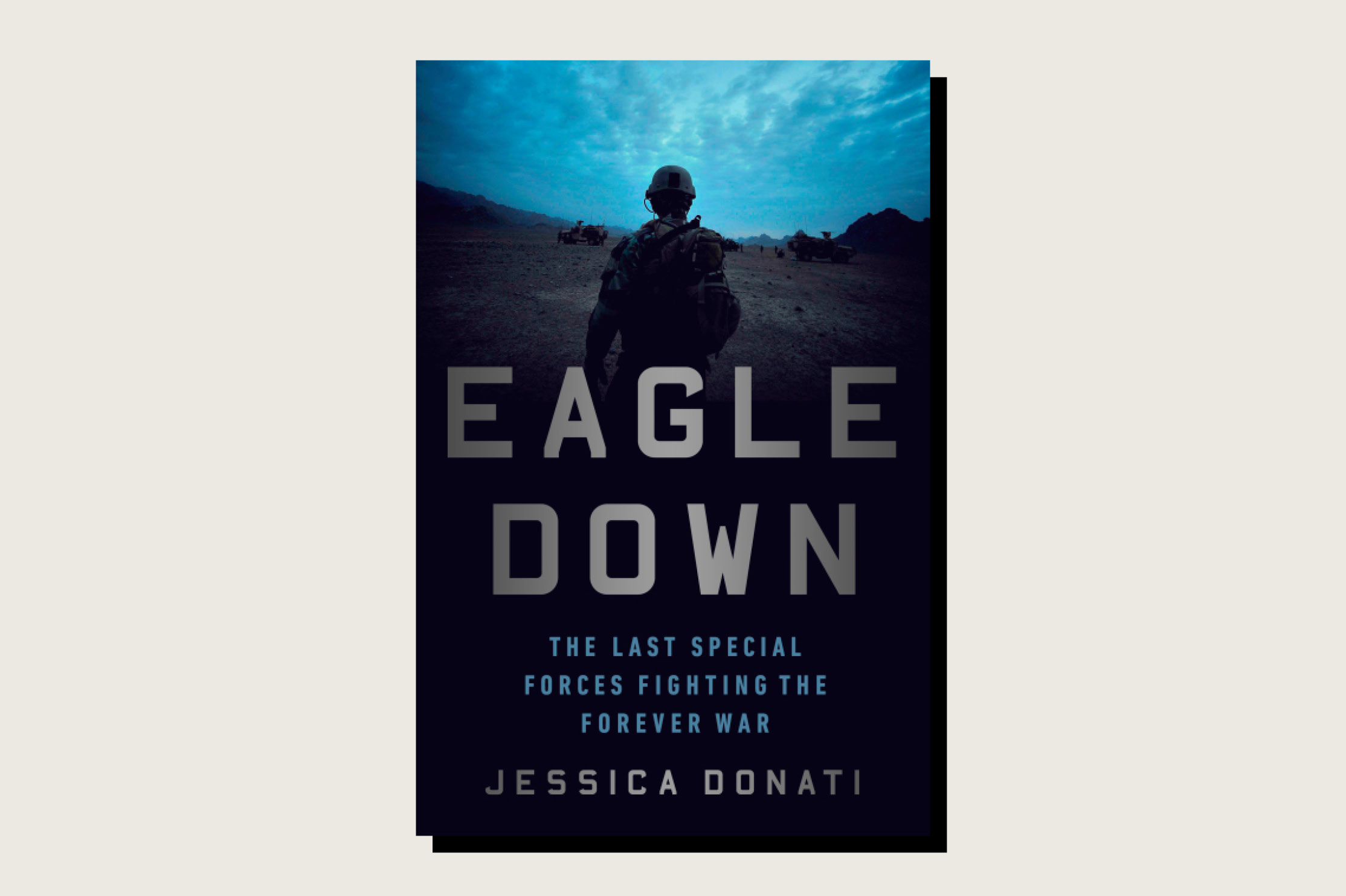 This timely new book by Jessica Donati, a national security correspondent and former Kabul bureau chief for the Wall Street Journal, offers a gripping account of the actions and struggles of U.S. Special Forces in Afghanistan. Eagle Down chronicles events in 2015—the year after the end of the formal U.S. combat mission in Afghanistan—and provides a useful window into the activities of these clandestine forces, including counterterrorism operations.

The Biden administration will need to decide how, or if, it will maintain counterterrorism capacity in Afghanistan as it considers whether to withdraw the remaining 2,500 U.S. troops on the ground. Donati’s book highlights the possibilities and great risks associated with depending on covert operations to pursue counterterrorism goals.

NEW FOR SUBSCRIBERS: Want to read more on this topic or region? Click + to receive email alerts when new stories are published on Military, United States, South Asia, Afghanistan

Why India Is Silent on the Ukraine Crisis

Biden Must Do Better Than Obama on Ukraine

Why India Is Silent on the Ukraine Crisis

Biden Must Do Better Than Obama on Ukraine