The U.S. calamity wasn’t Trump’s fault alone—but it doesn’t have to happen again.

The U.S. COVID-19 response has been, to state the obvious, shockingly incompetent and among the worst in the world. With more than 530,000 COVID-19 deaths, the United States has accounted for 20 percent of recorded global mortality with just 4 percent of the global population. How did the country ranked number one in outbreak preparedness by the Global Health Security Index fail so spectacularly?

Tremendous blame must rest with former President Donald Trump and his administration’s complete lack of regard for human life, demonstrated by touting fake cures, silencing public health experts, interfering in fact-based public health guidance, and demanding the economy reopen while COVID-19 raged out of control, to name a few.

This series looks at how many experts missed the mark in the early days of the pandemic—and what we can learn for next time.

The U.S. COVID-19 response has been, to state the obvious, shockingly incompetent and among the worst in the world. With more than 530,000 COVID-19 deaths, the United States has accounted for 20 percent of recorded global mortality with just 4 percent of the global population. How did the country ranked number one in outbreak preparedness by the Global Health Security Index fail so spectacularly?

Tremendous blame must rest with former President Donald Trump and his administration’s complete lack of regard for human life, demonstrated by touting fake cures, silencing public health experts, interfering in fact-based public health guidance, and demanding the economy reopen while COVID-19 raged out of control, to name a few. 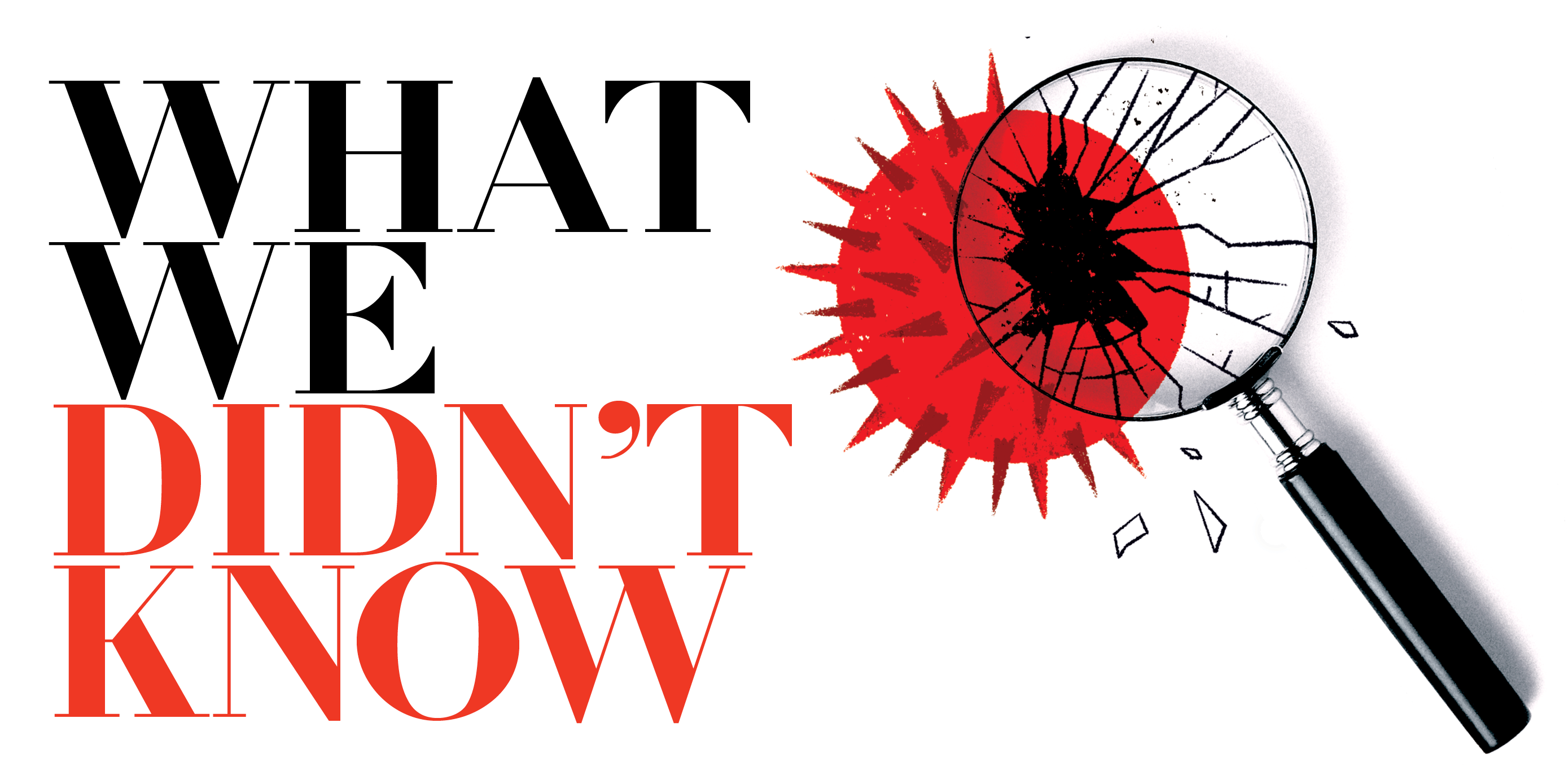 This series looks at how many experts missed the mark in the early days of the pandemic—and what we can learn for next time.

Among experts: Social scientists thought they knew what impact the pandemic would have. They were very wrong.

In China: “Wash your hands, don’t touch your face, and avoid masks.” Early pandemic advice was based on bad data from China—because Beijing couldn’t admit the truth.

Yet the failures to implement needed policies and carry out an effective response go far beyond the Trump administration. A misplaced belief in U.S. exceptionalism by experts led to narrow-minded, rigid thinking that hindered the ability of U.S. public health leaders to respond effectively. This failure of expertise was exacerbated by decades of disinvestment and structural deficiencies in the public health system.

U.S. exceptionalism has long given Americans the false sense that they know best, even while the country actually fails in many areas compared to other wealthy countries. Unfortunately, this attitude infected U.S. experts at the start of the outbreak, creating deadly errors that cannot be blamed primarily on the Trump administration.

This was best demonstrated by the debacle in rolling out tests for COVID-19. Without testing, there can truly be no effective outbreak response, particularly for a virus that can infect and spread without causing symptoms. Without tests, patients cannot be appropriately identified and isolated; contacts cannot be traced and quarantined.

On Jan. 16, 2020, German scientists announced the creation of a test for COVID-19, the test adopted by the World Health Organization (WHO), but Centers for Disease Control and Prevention (CDC) scientists continued to work on a separate, more complicated U.S. test in a process riddled with errors. CDC tests were knowingly sent to public health labs despite a 33 percent error rate and with defects that, for over a month, left them unusable. These failures and the decision to not adopt the WHO-backed test were largely driven by career scientists and officials at the CDC, not Trump appointees.

Simultaneously, a stagnant response from the Food and Drug Administration (FDA) prevented alternate test development and approval. Although the CDC committed the initial error in the test it created, it was only after a significant delay that—on Feb. 26, 2020—the FDA allowed fixes that made the flawed CDC tests usable. On Feb. 29, 2020, other labs were finally allowed to develop their own tests. 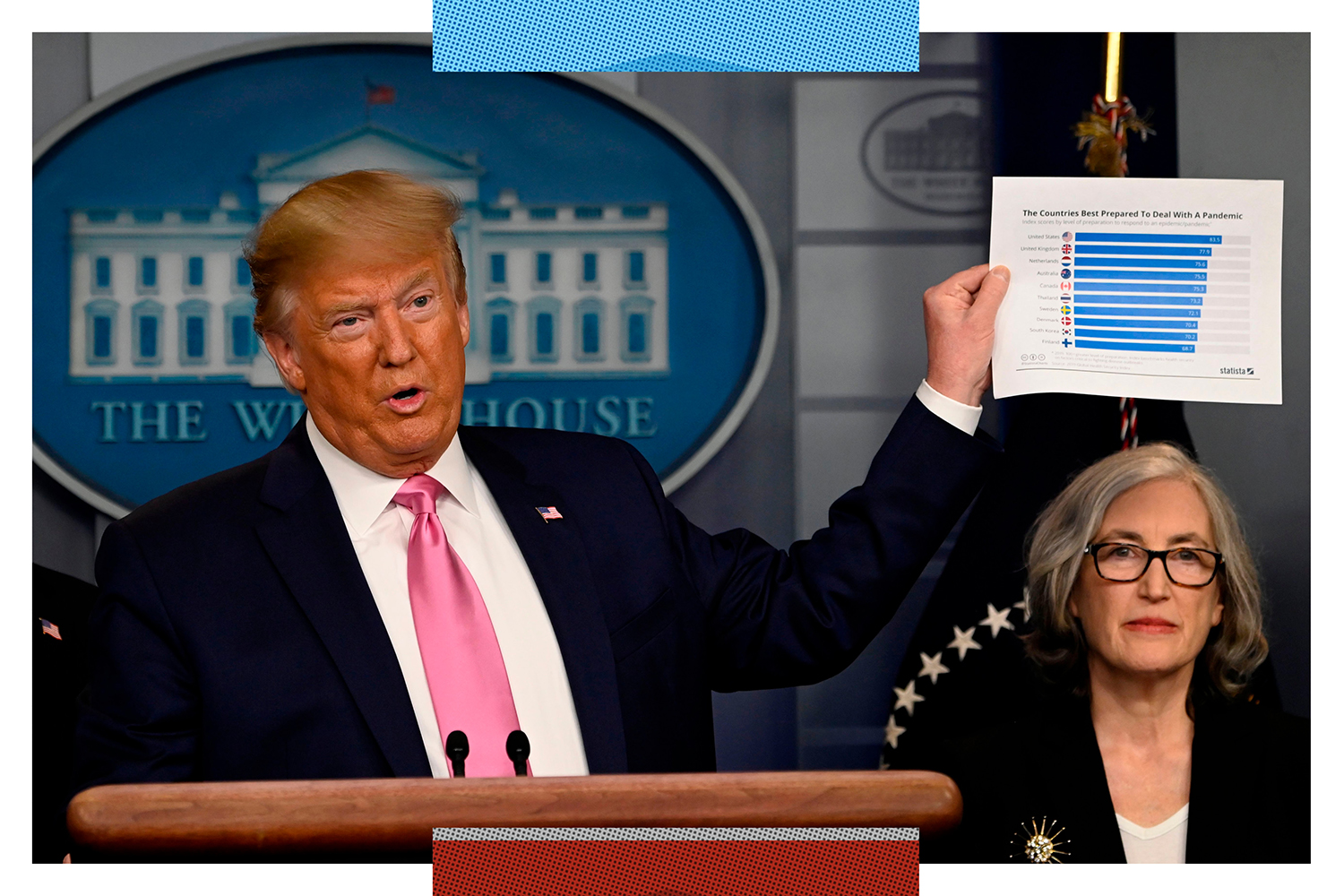 In sharp contrast, South Korea approved its first COVID-19 test on Feb. 4, the same day the FDA approved the CDC test. But by the middle of March 2020, South Korea had tested 250,000 people while the United States had tested less than 60,000 people. Although ensuring safety is paramount, flexibility and speed are possible during a crisis. Instead, thanks to institutional inertia and a failure to comprehend the scale of the incoming disaster, the FDA stood in the way of quickly scaling up testing—and thus exacerbated CDC blunders.

The result of these grievous errors was that in May 2020, states still faced testing shortages, and the country did not reach the 900,000 tests per day experts said was needed until July 2020. The lost months of large-scale testing, due to CDC errors and FDA stagnation, ensured U.S. public health officials could never get ahead of the virus. Combined with the unwillingness—or inability—to institute full lockdowns on the scale that other countries managed, the United States was simply overwhelmed by the viruses’ spread.

The overconfidence that led U.S. experts to develop a test alone also led the United States to underestimate the threat posed by COVID-19 and the measures needed to contain it. This attitude was seen in the way U.S. officials, including the CDC, communicated about masks. The surgeon general at the time notably proclaimed on Twitter, “Seriously people- STOP BUYING MASKS! They are NOT effective in preventing general public from catching #Coronavirus.” This stemmed in part from fear that limited supplies of medical-grade masks would be bought up by the public—a weakness caused by failures to replenish the U.S. stockpile after it decreased in 2009 to fight the swine flu and to take definitive action to increase mask manufacturing when the pandemic started.

Although U.S. leaders saw scant rationale to recommend masks, medical leaders in Hong Kong and elsewhere saw mask wearing as common sense for a respiratory illness. In Cambodia and Japan, citizens quickly began wearing masks soon after the outbreak started. In Taiwan, factories were turned over to making masks as early as Jan. 21, 2020. In Mongolia, which did not previously have a culture of mask-wearing to prevent illness, the government recommended masks early and required them in many public places by mid-February 2020. Cuba recommended homemade masks in early March 2020. Other countries found ways to overcome shortages because they realized masks were necessary.

Paired with these expertise failures, decades of austerity-driven disinvestment in public health under Democratic and Republican administrations were accelerated by cuts made during the Great Recession, leaving the country unprepared and underpowered to face COVID-19. Since 2008, local health departments have lost around 25 percent of their health agency staff and by one estimate, the United States was already short 250,000 public health workers when COVID-19 started. There were only 2,200 trained contact tracers in the United States when COVID-19 took root, a time when an additional 100,000 contact tracers were needed, according to the Johns Hopkins Center for Health Security. Public health professionals had warned of these shortages for more than a decade as they watched the profession bleed.

As it turns out, that was a dramatic understatement.

Throughout the response, depending on where one lives in the United States, Americans have had completely different experiences of pandemic control. In states like Oregon—where I live—science-driven policies were implemented, whereas in Arizona, the state had a slow, haphazard response that, at times, actively prevented cities and countries from taking measures like requiring masks. Oregon has had 55 deaths per 100,000, one of the lowest in the country, compared to Arizona with 226, one of the highest.

Even if the CDC, FDA, and other agencies had responded perfectly, COVID-19 has shown that the United States does not have the people power to mount an effective public health response and states can undermine a national response due to weaknesses in the decentralized system, noted in the WHO review.

In light of these failures, U.S. President Joe Biden and Congress must immediately begin preparing the United States for the next pandemic. The just-passed COVID-19 relief bill has significantly increased funding for public health in the country. This should be seen as a down payment, but the United States must go further. It must bridge the chasm between the CDC and state and local health departments by funding interoperability of disease surveillance systems and requiring more coordination in return for the critical federal funding these departments receive.

Despite current failures, as a country, the United States must not be lulled into believing it cannot do better. A recent study examining COVID-19 cases and deaths showed that international standards of outbreak preparedness—known as International Health Regulations (IHR)—actually work when implemented. CDC support in Africa in the wake of the Ebola virus, rooted in IHR, helped countries there prepare their own strong coronavirus responses. But government action is a second critical element that has to be taken into account. U.S. citizens must build strong systems in line with IHR but also come together as a country to elect competent and trusted leaders. A perfect outbreak response system cannot completely save a country from bad leadership.

But this should not stop the United States from preparing for the next pandemic. The United States should be a key contributor to a world where pandemics are stopped before they start. Between 1980 and 2010, spillover of pathogens from animals to humans increased six-fold. Biden must take bold action to counter this increase by supporting all countries, including the United States, in meeting International Health Regulations while supporting policies to stop the deforestation and environmental degradation that drives the increase in animal-to-human disease spillover.

After 530,000 deaths, what must be done is clear. But can our political leaders live up to the challenge, and will the American people demand it?

Editor’s Note: This article is part of a series on what experts missed during the early days of the pandemic.” Read Annie Sparrow on the Chinese government’s deadly misinformation here, and Michael Varnum, Cendri Hutcherson, and Ivan Grossmann on how badly wrong predictions of social change were here.

Ethan Guillén is an independent consultant working in global health. As Executive Director of Universities Allied for Essential Medicines, he worked on global health medicines innovation and pricing policy. Ethan was a part of the team that helped launch the Medicines Patent Pool, an organization that licenses medicine patents to have them produced generically for use in developing countries. Most recently he worked for Doctors Without Borders on policy matters related to the West African Ebola outbreak and diagnostic innovation.

NEW FOR SUBSCRIBERS: Want to read more on this topic or region? Click + to receive email alerts when new stories are published on Pandemics, United States