A Green Recovery in Latin America

Stimulus cash in the region aims to create environmentally friendly jobs, but there is room for far more.

The highlights this week: What a green recovery in Latin America would take, a new crisis in Bolivia, and prizewinning Latin American films recognized in the Oscar race.

The highlights this week: What a green recovery in Latin America would take, a new crisis in Bolivia, and prizewinning Latin American films recognized in the Oscar race.

This week, Latin American policymakers presented road maps to a low-carbon economic recovery in two different international forums. Costa Rica, for its part, aims to build nodes for different green jobs across the country. These will be meticulously planned according to such factors as energy demand and wind speed, as detailed by a senior official at a United Nations sustainable development forum.

In Latin America, as elsewhere in the world, political leaders are at least paying lip service to making their post-coronavirus economies more sustainable. Preliminary reports on the makeup of stimulus packages around the region suggest that a few are even taking concrete steps toward green job creation. On balance, though, they could do far better.

Vivid Economics’ Greenness of Stimulus Index identified new sustainable investments such as green infrastructure in Argentina, Brazil, Colombia, and Mexico; conservation programs in Colombia; and subsidies for green products in Brazil. Still, each of those four countries earned aggregate negative scores in the index: They have also pumped money toward environmentally harmful products and infrastructure investments, and eased some environmental standards.

The blueprint for going further in Latin America is clear. In response to the pandemic, both the U.N. and an IDB-International Labor Organization team published detailed reports on sectors in the region that are ripe for a green recovery, including renewable energy, health care manufacturing, and sustainable agriculture and tourism. According to the IDB and the International Labor Organization’s calculations, decarbonization in the region could create 15 million net jobs.

The window for making key choices about stimulus funding is still very much open in Latin America. Elections continue across the region this year, which means that political leadership could change. And many nations are in ongoing talks with international lenders.

What shapes a stimulus? Latin American political elites who benefit from the current economic status quo, from agribusiness to oil, offer plenty of inertia against green transformations. But lending organizations such as the International Monetary Fund and World Bank have unique influence through their power to condition future loans on greener policies.

Yet according to Boston University’s Global Development Policy Center, in the over 15 Latin American countries with IMF programs in response to the pandemic, only in four countries does the funding come with recommendations or conditions for a green recovery.

The big fish. In carbon heavyweight Brazil, where a single municipality emits more carbon dioxide than all of Panama, President Jair Bolsonaro has condemned even international discussion of his environmental policies as attacks on national sovereignty.

Former U.S. climate officials have pushed the Biden administration, which has listed climate as a key priority for Latin America, to take an aggressive stance toward Brazil. President Joe Biden so far appears to be opting for quieter diplomacy so as not to burn any bridges. Last month, he sent a letter to Bolsonaro about opportunities to work together on climate.

Where the stimulus is untrackable. If there is one black hole of environmental information in the region, it is Venezuela. The ability to understand and coordinate around its environmental policies would be a major benefit of a resolution to the country’s ongoing political crisis. 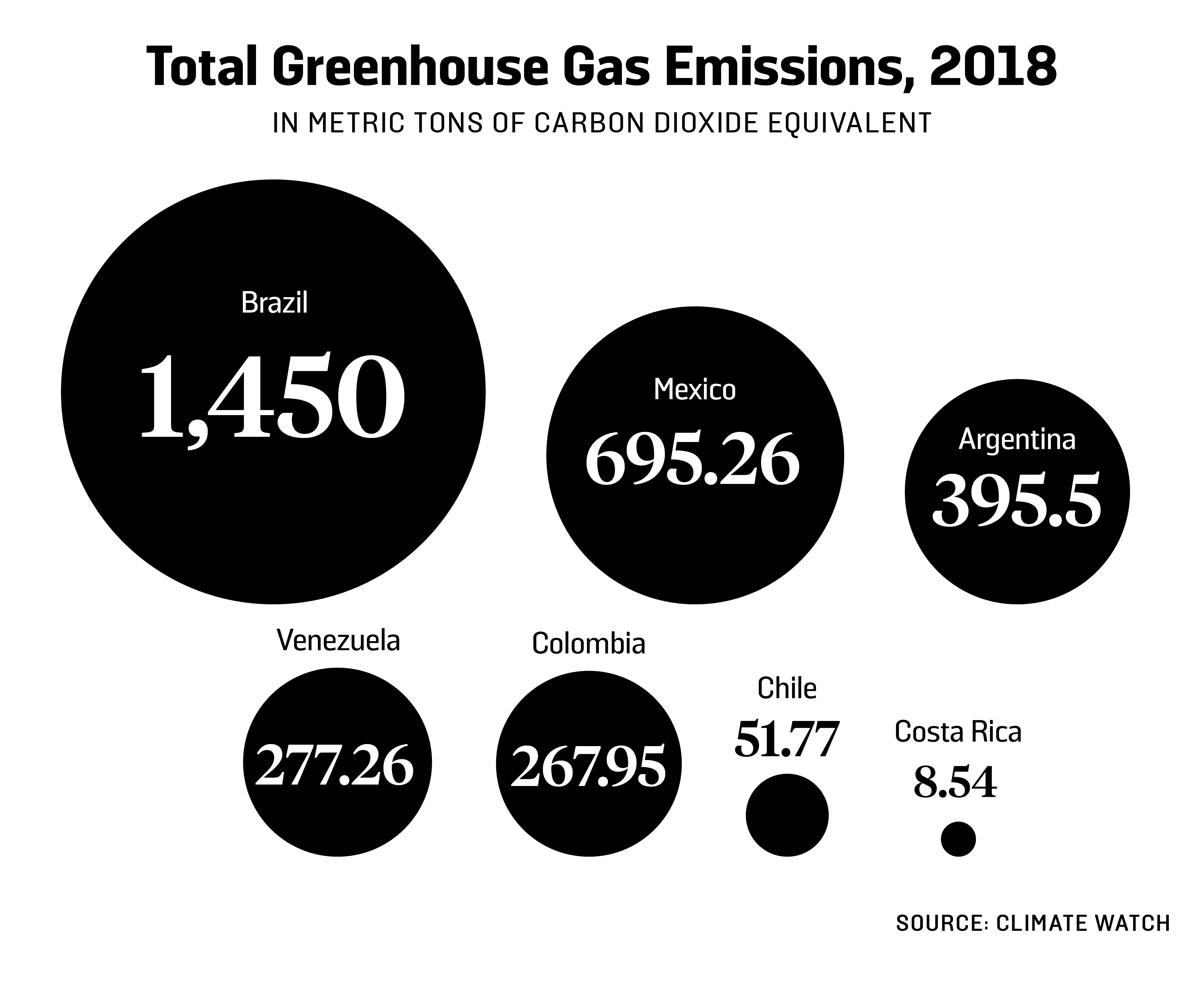 Lawfare in Bolivia? Former Bolivian interim President Jeanine Áñez—sworn in after her predecessor Evo Morales fled the country in 2019—presided over the leveling of broad terrorism charges against Morales. With Morales’s protege, Luis Arce, now in the presidency, on Saturday authorities arrested Áñez and two former ministers on similar charges. The move prompted large street protests and denunciations by international human rights organizations for the charges’ ambiguity and lack of evidence.

Bolivia needs accountability for police and military violence that occurred under Áñez’s government, Amnesty International wrote in a statement, but these particular charges appear to show a “pattern of bias in the system of justice,” said Amnesty’s Erika Guevara-Rosas. In Americas Quarterly, Raúl Peñaranda Undurraga writes that the detentions, along with a recent amnesty for Morales supporters accused of violence in the 2019 crisis, quash previous hopes that Arce would govern as a moderate. 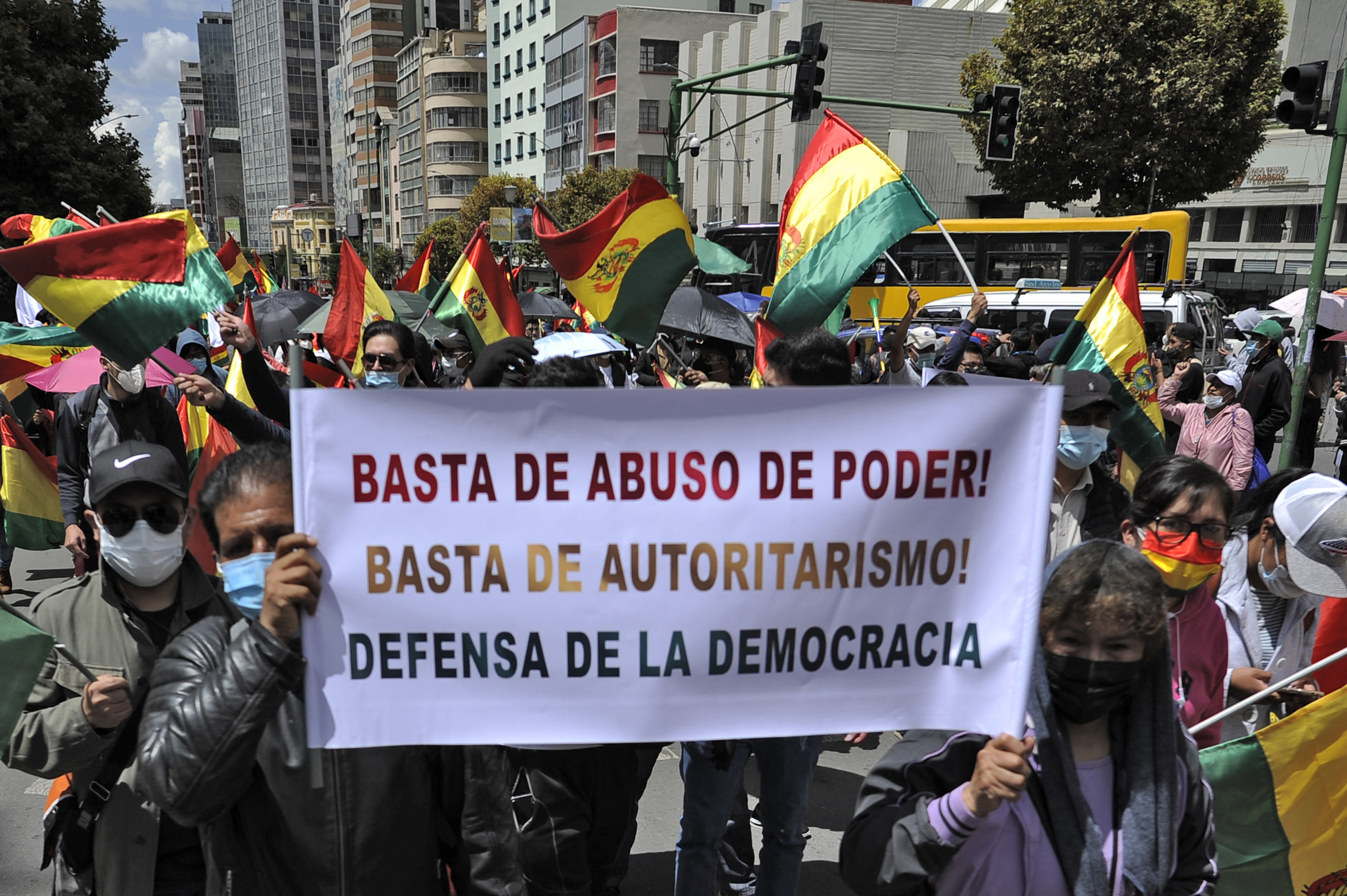 Colombia walks out. A lawyer for the Colombian government withdrew from a would-be historic Inter-American Court of Human Rights case on Monday that was considering whether to hold Bogotá responsible for sexual violence against journalist Jineth Bedoya during the country’s civil conflict. Bedoya said a police chief was complicit in her kidnap and rape while on a reporting trip to a prison in 2000. Colombia’s lawyer said the court’s judges “lack of objectivity,” while the Committee to Protect Journalists condemned the Colombian authorities’ “shocking disregard for the violence inflicted.”

Getting on the grid. Government aid programs in Argentina, Brazil, and Colombia during the pandemic resulted in more than 40 million people in those countries opening accounts at a financial institution for the first time, according to a study by Mastercard and Americas Market Intelligence. A new episode of the podcast Latin America in Focus from the Americas Society/Council of the Americas discusses how that may translate into changes in financial behavior in the future.

Mexico’s legacy of abstract expressionism. The painter and sculptor Vicente Rojo, who was an ambassador of Mexican abstract art to the world, died Wednesday. Rojo moved from Spain to Mexico at 17, in the aftermath of the Spanish Civil War, and became part of Mexico’s “Breakaway Generation” of artists who stylistically moved beyond a period of nationalist muralism. “When I arrived in Mexico I was born again,” he said in 2019. “Here I found a beautiful, brilliant, clear light and a free atmosphere.”

FIFA’s regional body for North America, Central America, and the Caribbean, Concacaf, has announced it will launch a tournament of national women’s soccer teams by 2023.

The United States and Canada will be strong contenders in the new tournament, but several other women’s teams from the federation have also qualified for the Women’s World Cup in recent years. Which of these national teams qualified in 2019?

On Monday, the Chilean film The Mole Agent was named one of this year’s Oscar nominees for best documentary. It and two other prizewinning Latin American films had previously made the Oscar shortlist for best foreign feature. 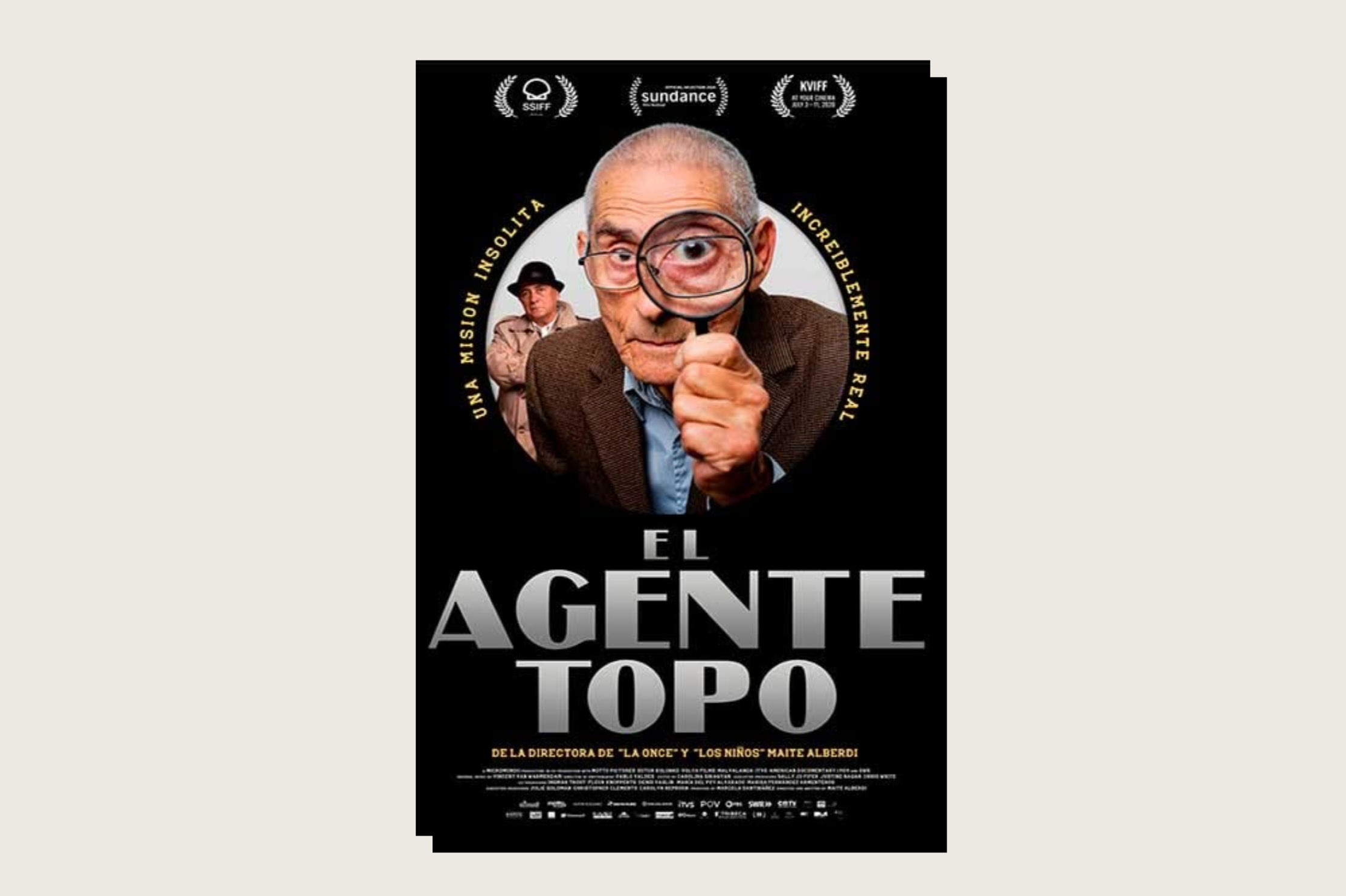 An unconventional spy—and documentary. The agent in The Mole Agent is an 83-year-old widower who is hired by a detective agency to infiltrate a Santiago nursing home. The film is a documentary, based on three months of footage of the nursing home residents who had agreed to be observed by a film crew, but who did not know the secret motive of their charming new neighbor.

The agent’s investigations, meant to discern whether a resident is being mistreated, prompt moments of humor and reflections about loneliness in old age—its own “pandemic,” director Maite Alberdi said. Alberdi is well known in Chile for making films about groups who are not typically featured on the silver screen, such as adults with Down syndrome and an elderly women’s tea club.

A literal haunting. Oscar shortlister La Llorona is a Guatemalan horror film in which an aged former dictator escapes legal prosecution for overseeing a massacre, only to be haunted by one of its victims. She is a Mayan woman, and the film is steeped in Indigenous Guatemalan imagery, alluding to the very real slaughters of Indigenous Guatemalans during the country’s civil war. “Horror has always been political,” writes Nicole Cliffe in a Foreign Policy review of the film.

Monterrey’s cumbia subculture. In shortlister I’m No Longer Here, the community that develops around a youth cumbia dance crew on the outskirts of Monterrey, Mexico, gives 17-year-old Ulises an alternative to the city’s pervasive organized crime groups—for a while. The beautifully shot film is a unique look at the particularities of Monterrey’s Cholombiano style of cumbia, an influential soundtrack to the urban working class across Spanish-speaking Latin America.

Costa Rica and Mexico qualified for the Women’s World Cup in 2015. On Tuesday, Concacaf said it will also aim to establish a women’s club tournament in 2023 or 2024, after the new women’s national tournament is created.

NEW FOR SUBSCRIBERS: Want to read more on this topic or region? Click + to receive email alerts when new stories are published on Economics, South America

Climate Offers a Glimmer of Hope for U.S.-China Cooperation

As relations worsen on other fronts, the Kerry-Xie relationship could make a difference on climate change.

Welcome to the Era of Competitive Climate Statecraft

In trade, finance, development, and security, governments are racing to get closer to net-zero.