Bangladesh’s 50th Anniversary Raises Cause for Celebration and Concern

The country’s economic success has been accompanied by a slow descent into authoritarianism.

Welcome to Foreign Policy’s South Asia Brief. The highlights this week: Bangladesh celebrates 50 years of independence, India and Pakistan both confront new coronavirus waves, and what to make of the United Arab Emirates’ role in easing India-Pakistan tensions.

Welcome to Foreign Policy’s South Asia Brief. The highlights this week: Bangladesh celebrates 50 years of independence, India and Pakistan both confront new coronavirus waves, and what to make of the United Arab Emirates’ role in easing India-Pakistan tensions.

Bangladesh marks the 50th anniversary of its independence on Friday, and the country is celebrating in style. It launched a 10-day “golden jubilee” on March 17 with parades, fireworks, tributes to independence hero Sheikh Mujibur Rahman, and visits from neighboring heads of government. Those farther afield, from Chinese President Xi Jinping to Canadian Prime Minister Justin Trudeau, have offered congratulatory video messages.

The revelry contrasts sharply with the bloody events that led to Bangladesh’s independence. When Pakistan became independent in 1947, present-day Bangladesh was one of its provinces, known as East Bengal and later East Pakistan. It bristled at its marginalization by the Pakistani government, and it advocated for more autonomy. With U.S. backing, Pakistan’s military sought to suppress nationalist sentiment and unleashed horrific levels of brutality in March 1971.

Rahman, a leading political figure in East Pakistan, then issued a declaration of independence for the new nation of Bangladesh. War raged into early December 1971, when India’s military invaded in support of the breakaway region. Pakistan surrendered two weeks later, formalizing Bangladesh’s independence. The exact scale of war casualties remains unknown: Estimates of the number of people killed range from 300,000 to 3 million.

Fifty years after independence, Bangladesh has much to celebrate. It has been one of the world’s greatest economic growth stories, with average economic growth increasing steadily every decade since 1980. Its exports have risen by about 80 percent over the last 10 years, in dollar terms. Last October, the International Monetary Fund projected that its domestic GDP per capita in 2020 would exceed India’s.

Experts attribute Bangladesh’s growth story to a range of factors: one of the world’s most competitive garment industries, the education and empowerment of women, a vibrant network of nongovernmental organizations, and high levels of remittances. As C. Raja Mohan notes in Foreign Policy, the country is poised to become a bigger player in regional and global geopolitics—thanks in no small part to this growth.

But Bangladesh’s economic success has been accompanied by a descent into authoritarianism. The ruling Awami League (AL) party, led by Prime Minister Sheikh Hasina—the daughter of independence hero Rahman—has consolidated its rule through harsh crackdowns on the opposition and the muffling of dissent. While the AL enjoys genuine support, many analysts argue the party won elections in 2018 and 2014 that were neither free nor fair. Bangladesh’s Freedom House democracy score declined by 35 percent between 2013 and 2020.

Other Asian countries, such as China and Singapore, have enjoyed economic growth without democracy, but Bangladesh’s democratic backsliding risks imperiling its economic success, as FP’s Sumit Ganguly wrote last November. The AL’s consolidation of power could contribute to corruption and cronyism, and Dhaka’s severe curbs on internet freedoms could constrain the country’s digital economy and scare off foreign investment.

Tuesday, March 30: The Ninth Ministerial Conference of the Heart of Asia-Istanbul Process, an Afghanistan-focused multilateral grouping, convenes in Tajikistan.

New waves in India and Pakistan. India and Pakistan are both confronting fresh coronavirus surges. On March 24, India’s health ministry reported more than 47,000 new cases. The figures are much lower than the 100,000 new daily infections tallied during its pandemic peak last September, but they haven’t been this high since November.

In Pakistan, new cases increased by nearly 70 percent in a 10-day period earlier this month compared to the previous 10 days, and its positive test rate has risen to more than 7 percent. Health experts view this surge as Pakistan’s third COVID-19 wave, following a spike in January.

Pakistani Prime Minister Imran Khan tested positive for COVID-19 on March 20, two days after he received the first dose of a vaccine. Officials emphasized that Khan likely became infected before his vaccination, but the news has raised concerns that people already hesitant to get inoculated will now be even more reluctant.

Experts attribute both countries’ surges to increasingly poor compliance with public health protocols. India is gearing up for key state elections in the coming days, and campaign events have involved large gatherings with many maskless participants. The presence of the variant the originated in the United Kingdom in both India and Pakistan is another contributing factor.

The UAE angle. Bloomberg reported this week that the United Arab Emirates facilitated India-Pakistan talks several months ago that led to the border cease-fire announced on Feb. 25. In fact, this UAE connection was first revealed in a March 4 Foreign Policy essay by Sushant Singh. The UAE enjoys close ties with both Islamabad and New Delhi, and it seeks to be a geopolitically influential player, Singh explained.

But this external mediation shouldn’t be overstated. Islamabad and New Delhi had their own motivations to pursue a truce. Pakistan wanted to be able to focus more on the peace process in Afghanistan, India was keen to free up policy space to address challenges on its border with China, and each side sought an end to the worst border violence in nearly two decades.

Third-party mediation seems to be a case of pushing on a door that was already ajar. “Lots of foreign capitals have encouraged India-Pakistan peace. But the process has been led by the two countries, not external actors,” an unnamed source told India’s CNN-News18.

Ghani’s peace counterproposal. Afghan President Ashraf Ghani has formally rejected the new U.S. peace plan that calls for the formation of an interim government. Instead, he intends to announce an alternative plan that calls for early elections within six months, so long as the Taliban agree to a cease-fire.

Ghani’s proposal is wholly unrealistic. Elections in Afghanistan take longer than six months to plan, and Afghans residing in areas under Taliban control—19 percent of roughly 400 districts—would be unable to vote. Intense violence would pose major challenges to turnout nationwide, and Ghani’s cease-fire precondition wouldn’t be met by the insurgents. They would demand much more than an election process that they already reject.

Ghani likely intended to express protest against Washington’s plan rather than propose a genuine policy initiative. The Taliban have already rejected the proposal. 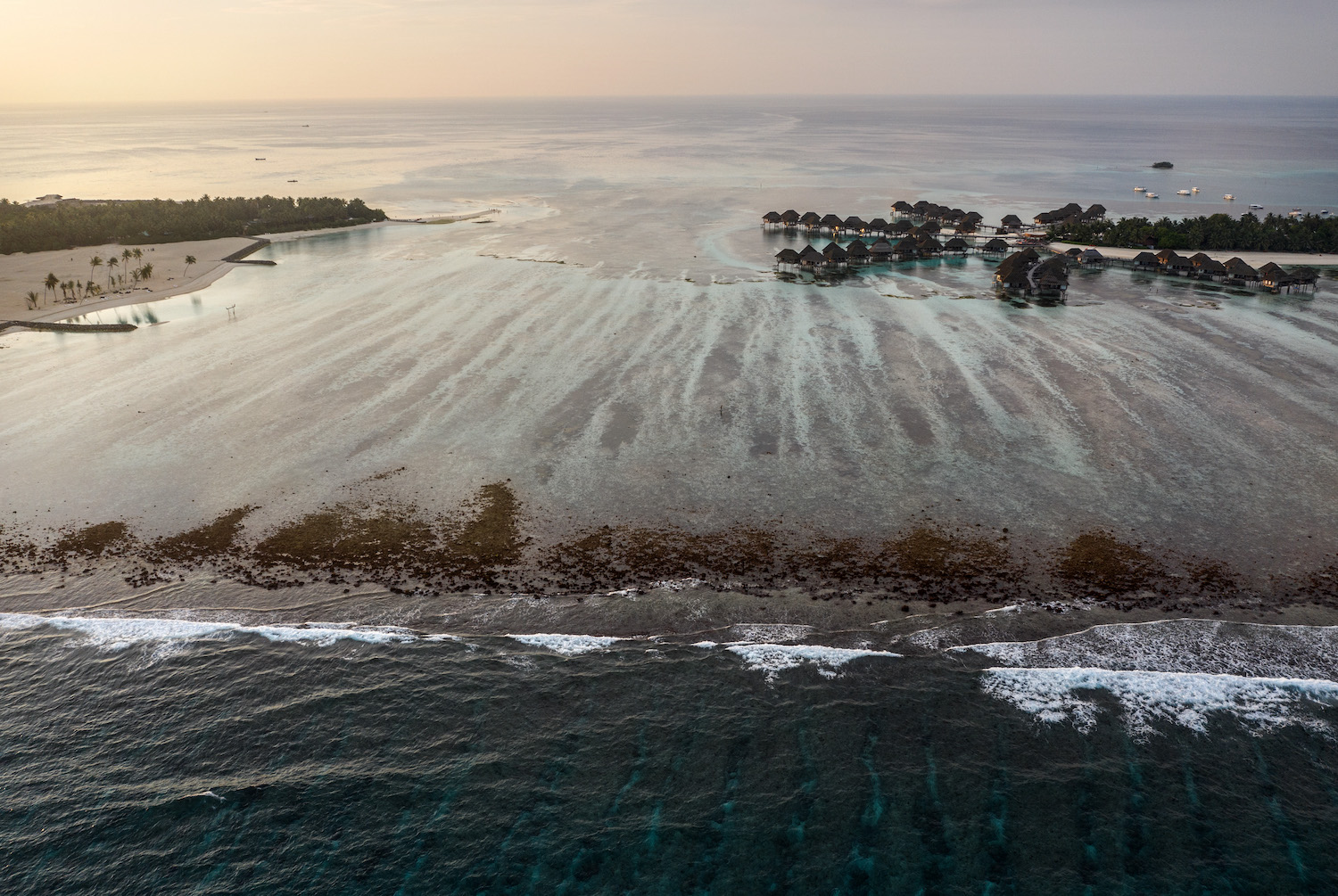 A tourist resort lies off the island of Huraa near Male, Maldives, on Dec. 12, 2019.Carl Court/Getty Images

A luxury resort in the Maldives has a tantalizing new vacation offer for the richest 1 percent: an entire private island to oneself for the price of $1 million. The nightly rate is $250,000, with a four-night minimum stay. Fortunately, the splurge comes with freebies galore, from a personal butler to sunset cocktails.

On a serious note, catering to the super-rich makes sense for developing countries like the Maldives trying to recover economically from a pandemic that has robbed them of the tourism revenue they depend on. Even though it reopened its borders last July, the Maldives had only 500,000 visitors last year, compared to nearly 2 million in a typical year.

“They are now talking about a process that has always been scandalous.”

In the Kathmandu Post, business professor Roshee Lamichhane discusses the challenges faced by agricultural entrepreneurs in rural Nepal, advocating for “breaking the myths and stereotypes that farming is a lowly placed job.”

Piyumi Fonseka, a reporter with Sri Lanka’s Daily Mirror, writes about how microfinance loans have failed to improve economic conditions and driven dozens of Sri Lankan women to suicide. “Sometimes a loan obtained to save a life can end up taking another life, in the debt-stricken villages of Sri Lanka,” Fonseka writes.

An editorial in the Bhutanese newspaper Kuensel laments the sight of dilapidated and abandoned temples around the country: “Every monument falling into disrepair and ultimate demise leaves us poorer socially, culturally and economically—considering their tourism potential.” 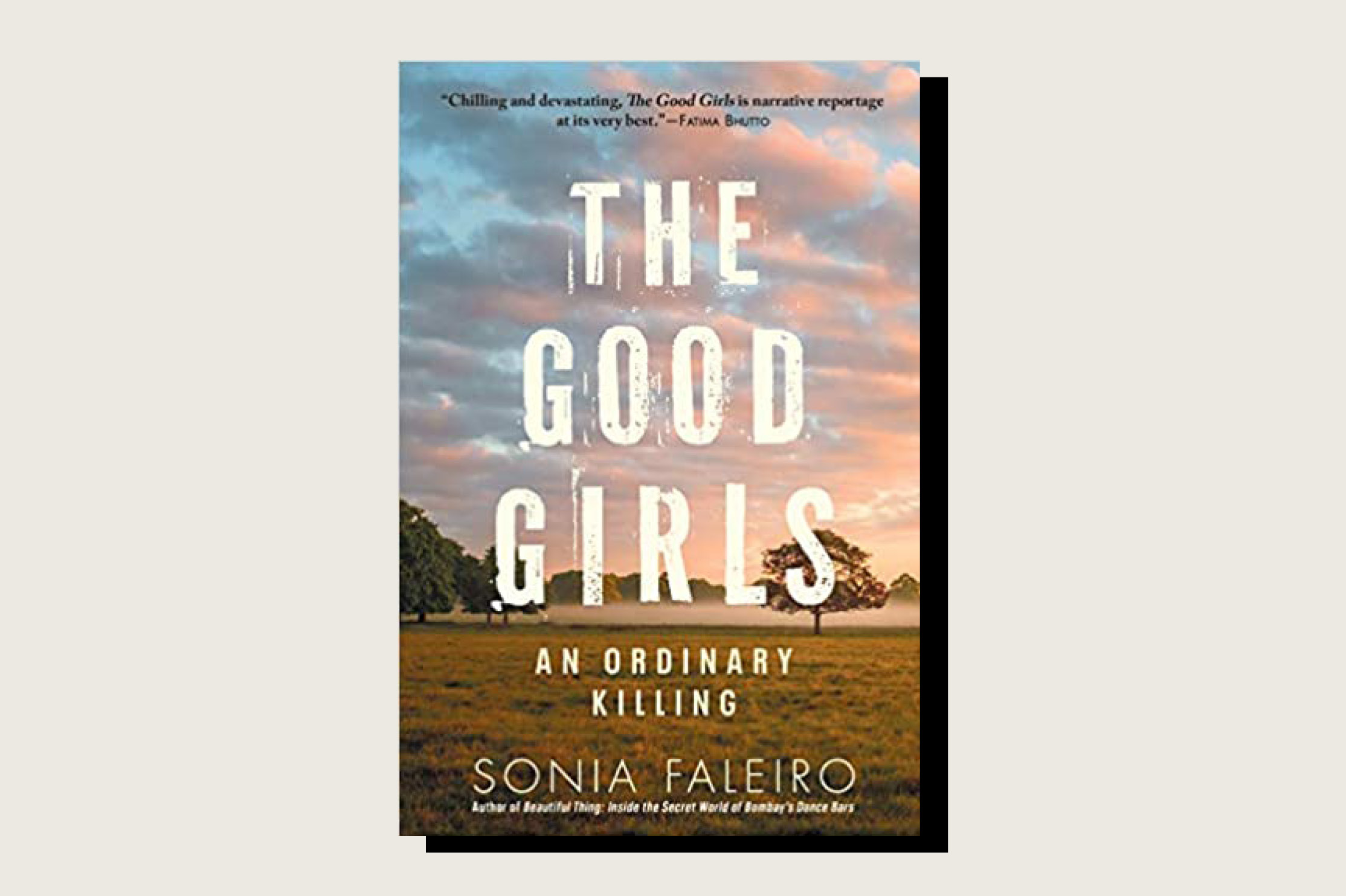 One summer night in 2014, two teenage girls were found hanging from a mango tree in a village in India’s Uttar Pradesh state. Sonia Faleiro’s The Good Girls is a masterful attempt to get to the bottom of the horrific crime. Faleiro, who previously published a widely acclaimed book on the sex industry in Mumbai, carefully navigates disturbing and delicate themes.

The Good Girls makes for a harrowing, page-turner read that says as much about India’s underbelly—institutional and political corruption, violence against women, caste prejudice—as it does about the two young women who fell prey to it.

NEW FOR SUBSCRIBERS: Want to read more on this topic or region? Click + to receive email alerts when new stories are published on Foreign & Public Diplomacy, Economics, South Asia