The highlights this week: what the lead envoy for Biden’s Central America strategy took away from the last major U.S. aid push there, Latin America’s first bitcoin fund on a national stock exchange, and the complexities of anti-corruption work laid bare in a ruling regarding former judge Sergio Moro.

The highlights this week: what the lead envoy for Biden’s Central America strategy took away from the last major U.S. aid push there, Latin America’s first bitcoin fund on a national stock exchange, and the complexities of anti-corruption work laid bare in a ruling regarding former judge Sergio Moro.

Under U.S. President Joe Biden, Central America looks set to receive a level of diplomatic attention unseen since its civil wars of the 1980s. That was the last time the White House appointed a special envoy for the region. Now, diplomat Ricardo Zúñiga has been named special envoy for Central America’s Northern Triangle of El Salvador, Guatemala, and Honduras. Vice President Kamala Harris was tapped to lead diplomatic work with Mexico and the Northern Triangle countries to address the root causes of migration to the United States.

Biden’s pledge to spend $4 billion in the Northern Triangle dates back to his presidential campaign, but this week’s announcements—along with a visit to Mexico by senior officials—may have been spurred by criticism of overcrowding in U.S. migrant facilities as processing begins for some asylum-seekers who were blocked from entering the country under former U.S. President Donald Trump.

In his first months as president, Biden has mostly maintained Trump’s contentious ban on seeking asylum at the U.S.-Mexico border, instated at the start of the COVID-19 pandemic. He has lifted it only for unaccompanied minors, who quickly filled processing centers. The vast majority of them are coming from El Salvador, Guatemala, Honduras, and Mexico, underscoring the persistence of violence, poverty, corruption, and other factors in those countries that push migrants to seek a better life.

Biden has pledged to carry out a full reform of the U.S. immigration system but doing so will require extensive work not only at the border but also in expanding capacity at U.S. asylum courts. This week’s announcements indicate serious diplomatic investment in Central America will also be part of the effort.

Zúñiga should be able to hit the ground running. In the Obama administration, he helped draw up plans for what became nearly $2.6 billion in aid to the Northern Triangle from 2015 through 2019 (when Trump largely suspended aid in an effort to pressure countries to forcibly restrict emigration). Last year, Zúñiga co-authored a report for the Wilson Center that takes stock of the effort. He concluded that significant adjustments were needed.

Some of Zúñiga’s comments this week to Central American media, along with those of White House Security Advisor Juan Gonzalez, suggest that those recommendations inform an evolved U.S. strategy in the region—namely, a prioritization of good governance reforms ahead of other types of interventions and a new wariness of corrupt local elites.

The United States plans to set up an anti-corruption task force in the Northern Triangle, Gonzalez told Guatemalan reporters.

The Obama-era prescription. The Northern Triangle approach conceived under former President Barack Obama and implemented partly under Trump had a triple focus on prosperity, governance, and security. The Wilson Center post-mortem recommends more realism about what is possible to achieve in the future, describing a suite of aid programs where outcomes and metrics were not always clearly defined. A September 2019 Government Accountability Office report likewise concluded that “limited information is available about how U.S. assistance improved prosperity, governance, and security in the Northern Triangle.”

“Root causes,” 2.0. In addition to stressing the need for clearer and more realistic goals, Zúñiga’s report describes a Northern Triangle where corrupt local elites hold vast power to stymie growth and social progress. It recommends the United States use its substantial messaging and (potentially) sanctioning power to support the work of local anti-corruption actors. In this light, White House officials also planned on visiting Guatemala this week—an eruption of the Pacaya volcano stopped them from flying in—because they see the Guatemalan government as friendlier to anti-corruption efforts than El Salvador and Honduras, El Faro reported.

The Biden administration’s “root cause” approach to Central American migration may be more effective than investing in immigration repression at the U.S.-Mexico border, but it will take time. Meanwhile, Mexico appears ready to continue aggressively blocking northbound migrants, a strategy presumably discussed with the United States this week. It recently restricted nonessential travel across its border with Guatemala and has stepped up immigration raids.

It remains to be seen whether and how the Biden administration will be able to make Mexico’s policies more rights-respecting for migrants, given the country’s history of abuse, including most recently the arrest of 12 police officers in connection with the killings of 13 Guatemalan migrants in Tamaulipas in January.

Sunday, April 11: Peru holds congressional elections and the first round of its presidential election.

From Michoacán to Alberta. A $29 billion merger announced Sunday will create the first-ever railroad network linking Mexico, the United States, and Canada. Executives from the two rail lines, Kansas City Southern and Canadian Pacific, said they expect robust North American trade in the coming years in the wake of the United States-Mexico-Canada trade pact, which came into effect last July.

Brazil’s new inflation guardrails. After Brazil became the first G-20 country to raise interest rates this year, on March 17, a central bank survey of economists forecast that rates will continue to rise to 5.5 percent by the end of the year, up from 2 percent in early March. Rising food and fuel prices in particular have brought new pressure on Brazilians of all social classes. 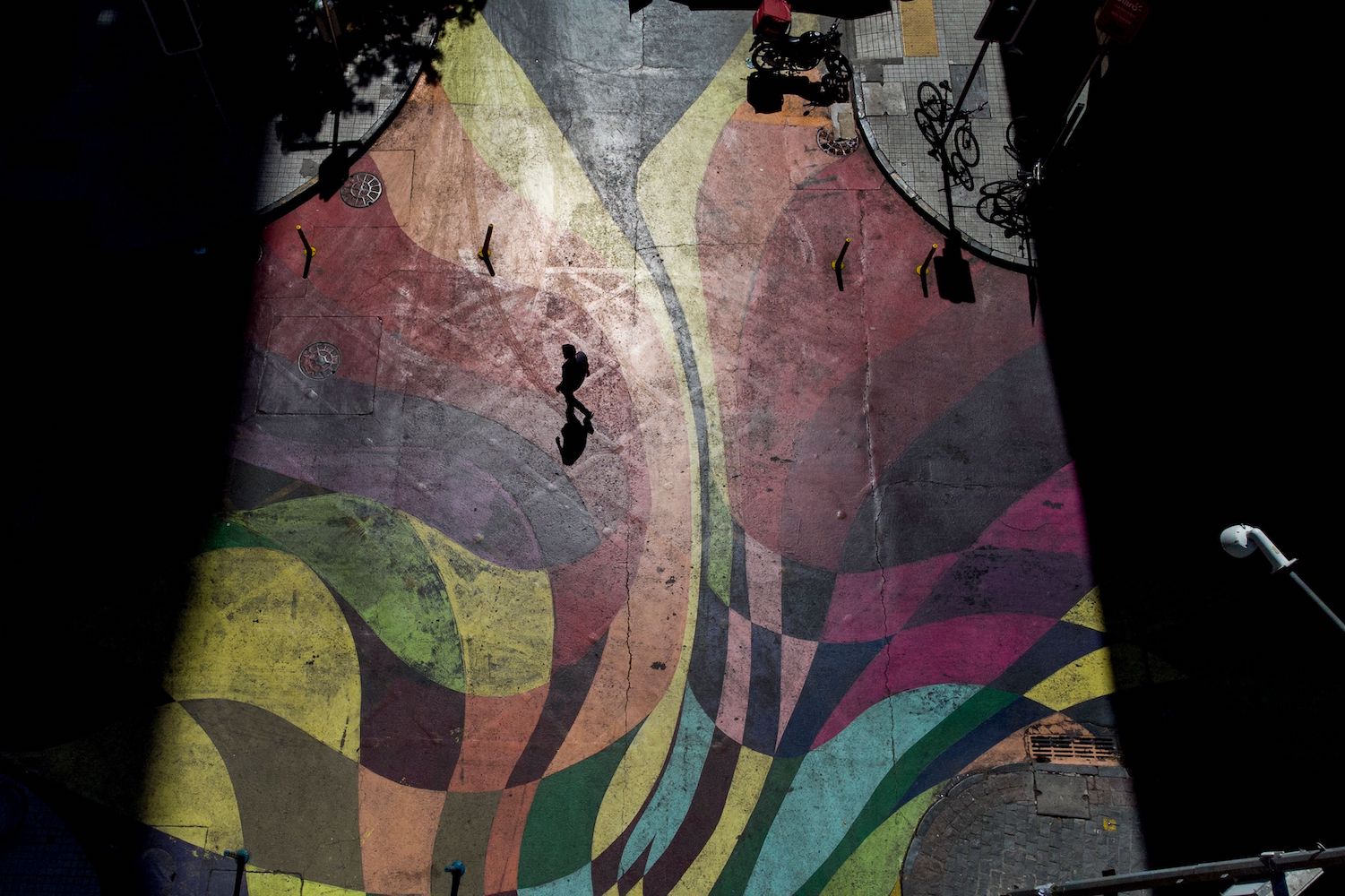 A lone pedestrian crosses a promenade during a lockdown in downtown Santiago on March 20.Martin Bernetti/AFP/Getty Images

Fresh lockdowns. Latin America’s vaccination champions, Chile and Uruguay, are among countries that announced new COVID-19 restrictions this week in response to surging cases. Uruguay cancelled public school classes through April 2 and closed nonessential government buildings until April 12; on Thursday, Chile began enforcing a strict quarantine, with groceries only allowed via delivery for regions home to more than 13 million people. In Brazil, which lost a record of more than 3,000 people to the virus in a single day this week, city governments across the country have announced new closure periods for nonessential businesses.

Crypto fever. Blockchain-certified art trading has come to Latin America. After million-dollar sales of tokenized digital images, known as non-fungible tokens or NFTs, made global headlines in recent weeks, Colombian artist Camila Fierro launched an NFT line of her own work, including a drawing of a masked couple kissing, which sold within 24 hours.

NFT may be a bubble, but its growth in Latin America reflects the preponderance of blockchain here: In June, Brazil’s stock exchange will debut its first exchange-traded fund denominated entirely in bitcoin. In the Americas, such funds exist only in Canada for now.

Dissatisfaction with pandemic management across the region, including scandals over vaccine line-skipping and corruption in health supply procurement, has prompted the replacement of many health ministers over the past year. Which country has swapped its health minister the most times? (Hint: some countries also went through a change in federal government.)

In Focus: Cleaning Up “Car Wash” 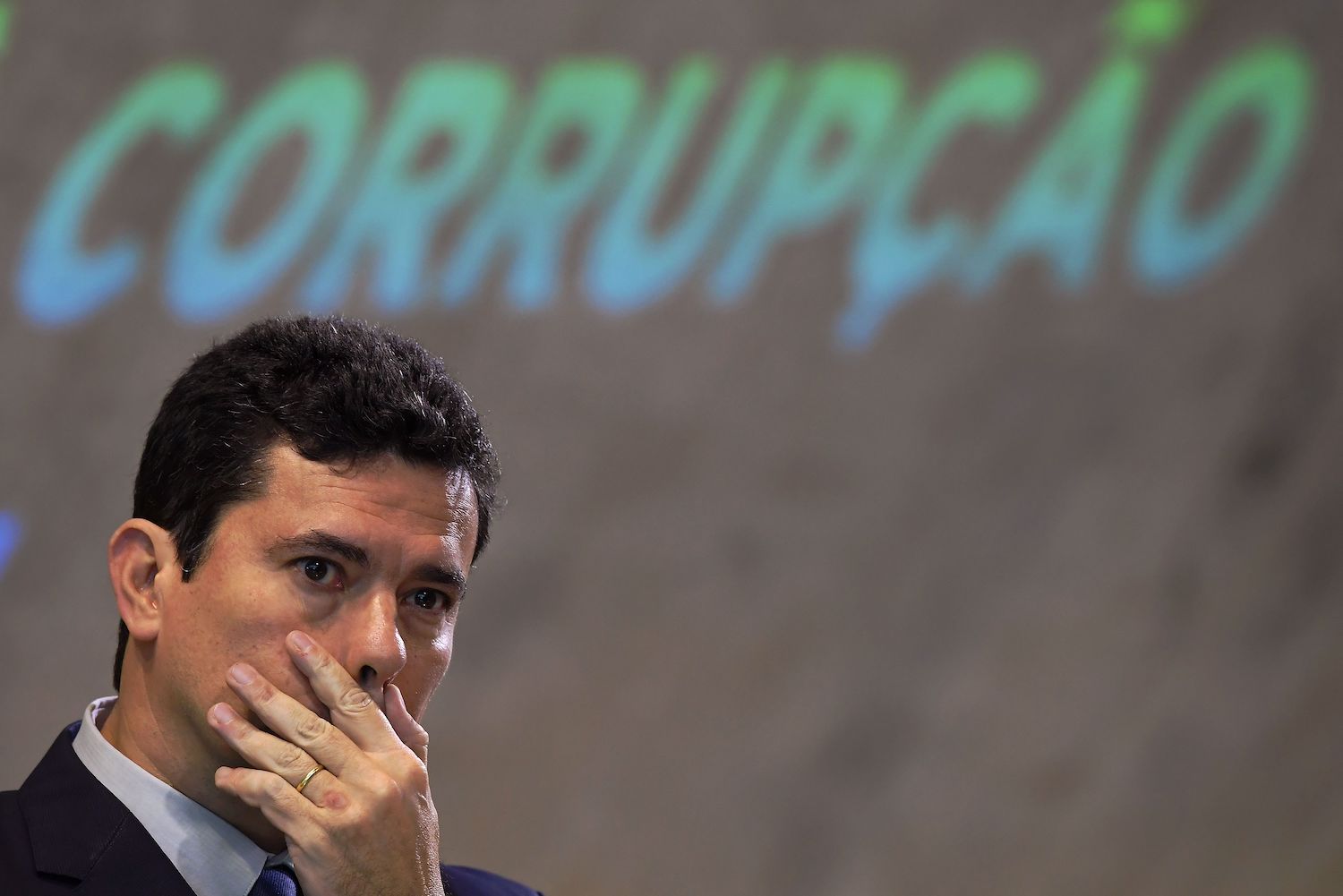 Of all the anti-corruption drives launched in Latin America in the 2010s, Brazil’s Operation Car Wash was by far the largest, spurring spinoff investigation in the region. This week, a Brazilian Supreme Court committee ruled the operation’s most emblematic figure, former judge Sergio Moro, showed bias in one of his highest profile cases against former Brazilian President Luiz Inácio Lula da Silva. While assigned as judge, Moro gave extensive tips to prosecutors, authorized a wiretap of Lula’s lawyers, and leaked parts of a probe that were politically damaging to Lula.

Moro’s procedures against Lula were praised by the media for years, even as evidence of their irregularities came to light. (Other investigations, including by journalist Malu Gaspar, suggest that Lula was likely aware of bribes that occurred at high levels of his government.) Against the mainstream media tide, The Intercept Brasil and partner outlets published leaked proof of Moro’s misconduct in 2019, to which Supreme Court judges alluded to in their Tuesday decision.

Car Wash’s legacy. The operation, which began in 2014, exposed cozy relationships between Brasília and companies that won public contracts in exchange for kickbacks. But since around 2016, lawmakers under investigation have moved to limit its scope. While Brazilian President Jair Bolsonaro has smeared Lula’s Workers’ Party as corrupt, his government also shuttered the Car Wash operation. Corruption investigations against Bolsonaro’s sons have stalled in the courts.

A fully independent, impartial Brazilian justice system appears far from reality. This was clear even on the Supreme Court bench Tuesday, when a new, Bolsonaro-appointed justice voted to approve Moro’s conduct. (The final verdict improves Lula’s chances of being eligible for a 2022 presidential run.)

Brazilian journalism’s legacy. What stands out about the ruling is that, even in a region where journalism is an underpaid and even dangerous profession, journalists played a major role in working toward a fairer trial outcome. Their work is evidence of a strong social demand for cleaner politics and courts in Brazil that will survive Operation Car Wash’s demise.

Peru has changed its health minister five times during the pandemic. In addition to a political crisis in which the country saw three presidents in the course of one week last November, a vaccine line-skipping scandal prompted a February resignation. Among countries that have not changed their governments, Brazil and Ecuador tie with three minister swaps, according to a Giro Latino report.