A diplomatic visit to both India and Pakistan underscores Moscow’s growing regional clout.

Lavrov’s first stop was New Delhi. Russia and India forged a strong friendship during the Cold War, but it has lost momentum in the last decade as each side has strengthened ties with the other’s rival: India with the United States and Russia with China. In recent years, the partnership has seemed to be driven more by nostalgia than by substance. Indian Prime Minister Narendra Modi said in 2014 that “if asked to say who India’s best friend is, [a child in India] will reply it is Russia because Russia has been with India in times of crisis.”

Strikingly, Lavrov didn’t meet with Modi this week. Indian media reports suggest the Indian government was unhappy that Lavrov’s trip to India was combined with one to Pakistan. Another theory goes that Washington urged New Delhi not to have Modi meet Lavrov. U.S. climate envoy John Kerry also held a brief meeting with Lavrov while both officials were in India. The official explanation was that they met by happenstance and spoke about climate change. But they may well have spoken on other issues, including the Iran nuclear deal.

New Delhi’s willingness to make a major arms acquisition from a U.S. rival, despite its growing defense partnership with Washington, underscores its continued reliance on Russian military support—and Moscow’s continued influence over New Delhi. As Emily Tamkin wrote for Foreign Policy last year, India also has strong incentives to maintain ties with a partner like Russia, which it regards as reliable and low maintenance.

Lavrov’s India visit covered two topics that illustrate Moscow’s growing regional clout: China-India border talks and the Afghan peace process. Russia, one of the few world powers to enjoy cordial ties with both India and China, quietly facilitated bilateral negotiations between the two countries after a deadly border clash last June. Beijing was a key agenda point during Lavrov’s meetings in New Delhi. In an interview with the Hindustan Times, he said that Russia was “closely watching the process of normalization” along the border.

Meanwhile, three decades after the Soviet withdrawal from Afghanistan, Moscow has become a key player in its peace process. Russia has hosted multiple meetings on Afghan reconciliation in the last two years, including one last month with Taliban leaders and representatives from Kabul, Beijing, Islamabad, and Washington—but not New Delhi. On this trip, Lavrov—accompanied to New Delhi by the Russian special envoy for Afghanistan—did call for a prominent Indian role in the peace process.

Lavrov’s second stop was Islamabad, the first visit there by a Russian foreign minister in nine years. In private conversations, Russian analysts have played down the idea of a deepening Russia-Pakistan relationship. But Lavrov’s visit, coupled with growing counterterrorism cooperation, emerging energy collaborations, and convergent views on Afghanistan, tells a different story. His meetings resulted in pledges to increase military cooperation.

Afghanistan topped the agenda for Lavrov in Islamabad, which unlike New Delhi is heavily involved in the peace process due to its close ties to the Taliban. (And Russia, unlike India, does not oppose Pakistan’s ideal endgame: a future government with a role for the Taliban.) In Islamabad, Lavrov articulated shared interests in identifying conditions that reduce conflict, including the “establishment of inclusive power structures.” This was likely a reference to an unelected interim government to oversee the peace process, an idea rejected by Kabul and opposed by New Delhi.

Energy was another important topic. This summer, a Russian consortium will begin construction on a 680-mile natural gas pipeline north from Port Qasim in southern Pakistan to the eastern city of Lahore. Russian support for Pakistan’s energy sector, which includes new plans to invest $14 billion in gas infrastructure, will enhance its influence in the country, which seeks to diversify its energy partners.

Lavrov’s trip shows that Moscow’s footprint in South Asia is poised to deepen. The impending departure of U.S. forces from Afghanistan, coupled with Russia’s warm ties with the region’s largest nations and China, puts Moscow in a strong position to shape the region’s geopolitics. This influence won’t please the United States, but it likely won’t be resisted in South Asia.

Pakistan’s opposition alliance splits. Last September, 11 Pakistani opposition parties formed a new alliance. It was bold in its messaging and ambitious in its goals. The movement criticized Pakistan’s army chief by name—a rarity—and vowed to stage large rallies around the country to force the government to resign, including a march on Islamabad. But this week, five parties announced they’re dropping out.

The impending demise of the alliance is a clear victory for Prime Minister Imran Khan. Although it doesn’t solve the challenges for the final three years of his term, including a worsening pandemic and a struggling economy, it does remove what had threatened to become a major pressure point.

Deadly attack on Indian security forces. On April 3, Maoist insurgents ambushed Indian security forces in Chhattisgarh state, killing 22 personnel. The attack is a tragic reminder of the internal security threat posed by leftist militants, known as Naxalites, in central India. As I wrote in a 2011 study, the Naxalite movement had spread to more than two-thirds of India’s states at the time. In 2009, hundreds of people died from Naxalite violence.

In the last decade, the threat has receded—except for in Chhattisgarh. Indian security analysts attribute this to the state’s failure to deploy the kinetic operations used effectively by police elsewhere. But this assessment overlooks the drivers of the insurgency. Naxalites say they fight on behalf of poor tribal communities denied constitutional rights and victimized by industrial production and natural resource extractions. Until these grievances are addressed, India can’t assume better police tactics alone will eradicate the Naxalite threat. 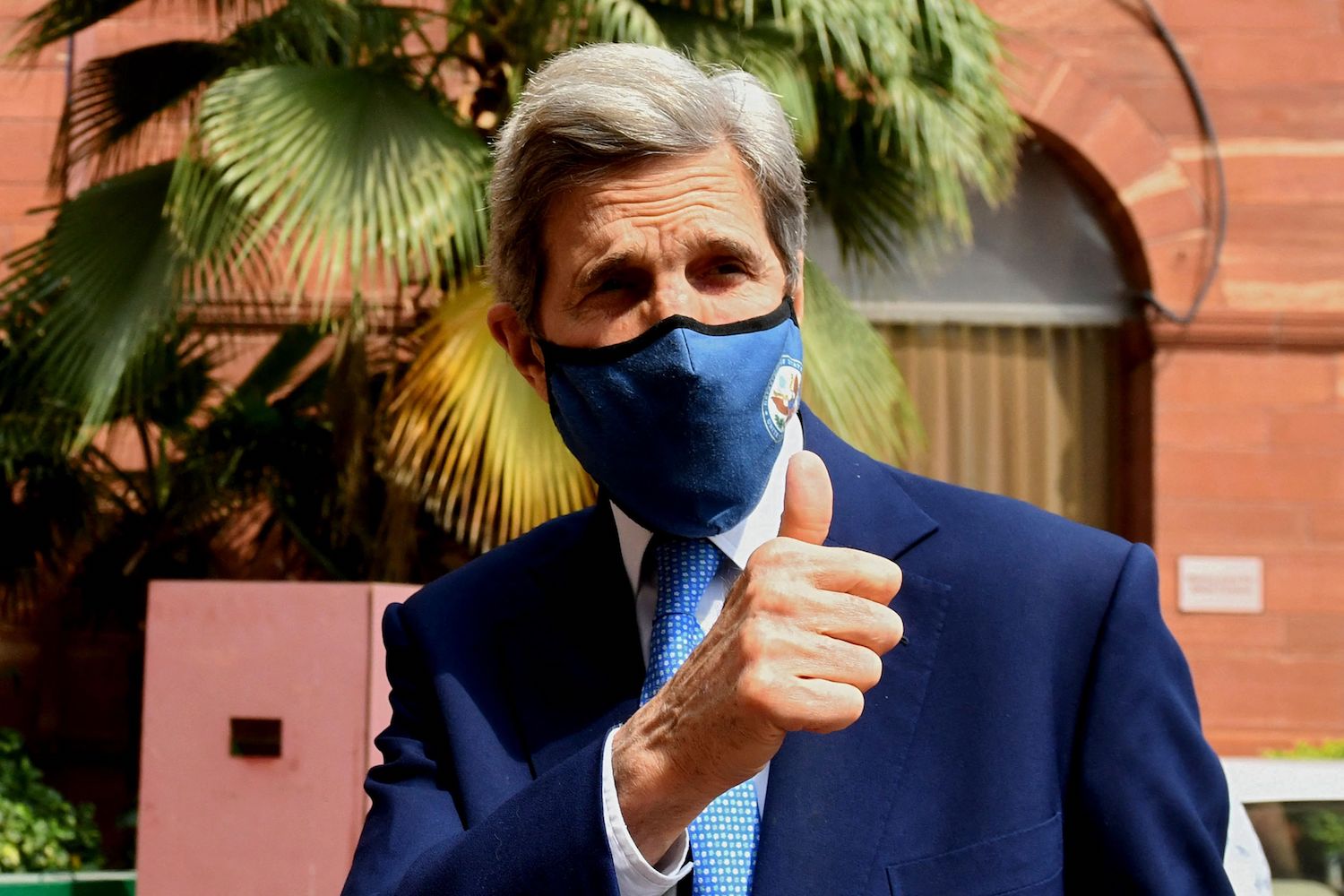 U.S. climate envoy John Kerry gesture as he arrives at the Ministry of Finance for a meeting with Indian Finance Minister Nirmala Sitharaman, in New Delhi on April 6.-/AFP via Getty Images

Kerry visits India and Bangladesh. U.S. climate envoy John Kerry visited New Delhi and Dhaka this week to discuss President Joe Biden’s virtual global climate summit taking place later this month. India and Bangladesh were two of three South Asian states invited to the summit. (Bhutan is the third.) Kerry was in India for four days, highlighting the importance the Biden administration ascribes to climate change in the bilateral relationship. India is after all the world’s third-largest carbon emitter.

Kerry’s one-day visit to Dhaka is more modest, although it comes as U.S. relations with Bangladesh are moving forward. April 6 marked the launch of the new U.S.-Bangladesh Business Council, which will strengthen an economic partnership that is already the sweet spot of the relationship. The United States is the  biggest market for Bangladeshi goods and the largest source of foreign direct investment in Bangladesh.

In the Diplomat, the Afghanistan-based journalist Franz J. Marty has revealed that last year, Pakistan held secret talks with the Tehrik-i-Taliban Pakistan (TTP), also known as the Pakistani Taliban. The TTP was the deadliest terrorist group in Pakistan before a 2014 counteroffensive weakened it. It has recently staged a comeback, ramping up attacks on Pakistani security forces in areas bordering Afghanistan.

According to Marty’s report, the negotiations were brokered by the Haqqani network, the notoriously brutal Afghan Taliban faction, and focused on the TTP halting attacks in Pakistan, Islamabad releasing TTP prisoners, and Pakistani security forces vacating several border regions, with the TTP taking over border security.

The talks collapsed, which could portend more TTP attacks in Pakistan. It could also undermine the Afghan peace process, which Islamabad plays an important role in because of its ties to the Afghan Taliban. The peace process would benefit from friendlier relations between Kabul and Islamabad, but Pakistan accuses Afghanistan of providing a sanctuary for the TTP—making the failed negotiations with the TTP a risk.

“We decided to focus on Sufiana music because nowadays every musician is inclined toward contemporary music. People have forgotten about it. We decided to create a band and revive the dying music.”

—Irfana Yousuf, a member of an all-women Kashmiri ensemble that performs Sufiana music, a form of classical music from the region

Are You Enjoying?, by Mira Sethi 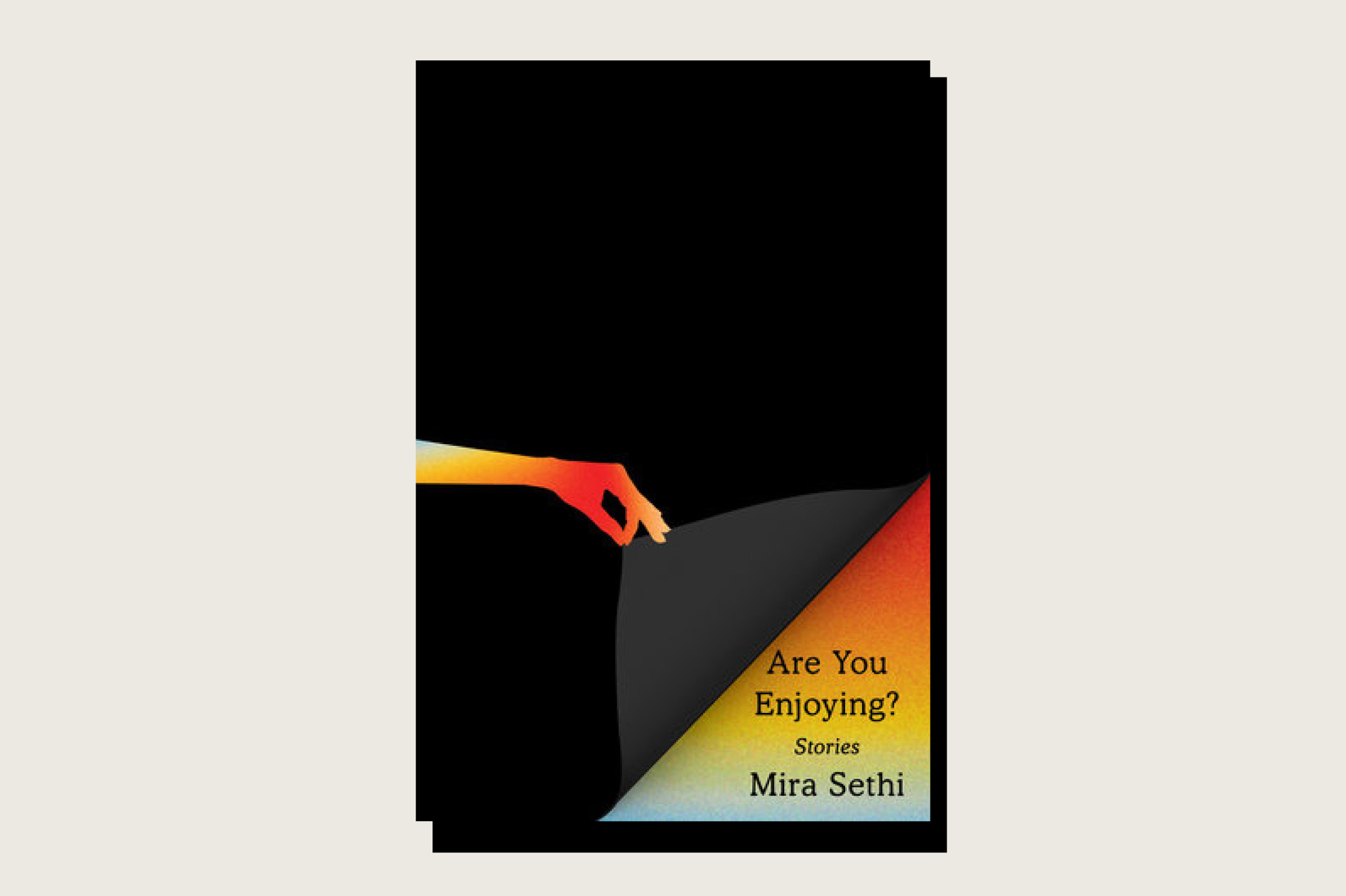 Are You Enjoying?, a new book of short stories by the actor, writer, and former Wall Street Journal editor Mira Sethi, focuses on the lives of young people in contemporary Pakistan—from a budding movie star to a radicalized student. The book is reminiscent of Daniyal Mueenuddin’s In Other Rooms, Other Wonders, another collection of vignettes from present-day Pakistan, published in 2009.

But while Mueenuddin’s stories all offer poignant portrayals of a wealthy patriarch and his employees, Sethi’s stories apply an admirably sharp and witty lens to a spectrum of young, urban Pakistanis. This is an important demographic and one that deserves to be presented to a global audience often subjected to reductive media portrayals of Pakistan.

NEW FOR SUBSCRIBERS: Want to read more on this topic or region? Click + to receive email alerts when new stories are published on Foreign & Public Diplomacy, Russia, India, South Asia