The pandemic has increased debt in Latin America, and paying up may stoke social tensions.

The highlights this week: What mass social unrest in Colombia says about the difficulty of paying COVID-19 debt, why Venezuela’s new electoral council is a step forward, and a new rap genre from Rio’s favelas.

The highlights this week: What mass social unrest in Colombia says about the difficulty of paying COVID-19 debt, why Venezuela’s new electoral council is a step forward, and a new rap genre from Rio’s favelas.

Clashes between protesters and security forces paralyzed Colombia this week, leaving at least 23 protesters and one police officer dead. Another 87 people were reported missing. These are dramatically high totals for a democracy, and they point to skyrocketing discontent with President Iván Duque’s government. They also offer a warning to other Latin American nations: Passing the bulk of pandemic debt bills onto the poor and middle class could lead to significant pushback in the streets.

Colombia’s more than eight days of on-and-off protest originally focused on a proposal to hike taxes on utilities while introducing new income taxes for both lower and higher earners, among other measures. Duque said the changes would allow the government to continue offering financial support to those affected by the pandemic, but 80 percent of Colombians opposed them. That includes Duque’s political godfather, former President Álvaro Uribe.

When Duque had introduced an earlier tax hike in late 2019, it became one of many sparks for mass protests that November and December.

Protests this week, too, featured a mix of grievances. As news spread of security forces firing live ammunition at protesters, the outcry increasingly focused on police and military abuse in the country. Duque has continued Uribe’s tradition of relying on hard-line security policies with low interest in security oversight.

The fact that Colombia is experiencing its highest yet daily COVID-19 death tolls, with hospitals packed across the country, did not stop the uproar. A Bogotá police station was set on fire with officers inside. Even Shakira weighed in on the political situation. So far, Duque’s efforts to diffuse it appear ineffective.

How to tax? Michael Reid writes in the Economist that “in a typical Latin American country, paying for the better health care and social assistance citizens are demanding while at the same time servicing higher debt requires a rise in government revenue of between 1.5% and 3% of GDP.” Adding taxes (and especially removing tax exemptions) could get there—the key question is for whom.

Against this backdrop, and with the pandemic laying existing inequalities bare, several Latin American countries, including Argentina, Bolivia, and Chile, have considered or implemented new wealth taxes, and Colombia’s own proposal included a one-time wealth tax. Last month, the International Monetary Fund called for new levies on both rich individuals and companies that saw the highest returns during the pandemic.

Colombia’s redrafting. To protesters, the proposal did not do enough to change the fact that Colombia fits squarely within Latin American trends of regressive tax codes. Data from the finance ministry shows that Colombians who earn around $11,000 per month are taxed at 17 percent of their income. The average for such earners across Latin America is around 27 percent, Portafolio reported. After Bogotá withdrew its tax proposal in the wake of the protests, top officials began discussing alternatives that would focus more on targeting the country’s richest.

In addition, Duque called on Tuesday for a national dialogue to address the causes of the protests, but demonstrators appeared unappeased at nationwide marches Wednesday. The same day, Duque gave a speech focusing on vandalism committed by protesters that failed to mention the demonstrators who had been killed.

Political waves. These protests are noteworthy in that they have mobilized an especially wide swath of the population. “We are looking at a citizenship that is more committed and involved, and it doesn’t come from this national strike alone. It has to be understood as a continuation of November 2019,” the political analyst Laura Gil said Monday.

Over the last week, protests took place not only in major cities but also in Colombia’s countryside, where demonstrators decried a lack of security and some spoke out against the government’s forcible coca eradication plans. “This strike has produced a worker-rural-Indigenous alliance that perhaps never has been this balanced,” the historian Mauricio Archila told the BBC.

The discontent may give momentum for a leftist candidate in next year’s election. Left-wing Gustavo Petro led a recent poll by a wide margin. However he fares, what is certain is these protesters’ ability to cast doubt on the legitimacy of Duque and Uribe’s militarized politics, which have dominated Colombian public life for much of the past 20 years.

Saturday, May 15-Sunday, May 16: Chile holds local elections and elects delegates to its new constitutional assembly.

Tuesday, May 11-Thursday, May 13: Inquiry on the Brazilian government’s handling of the pandemic continues in the Senate, with the former foreign minister, directors of two public health institutes, and local Pfizer president set to appear.

Venezuela’s #MeToo. A cascade of online denunciations of sexual harassment and assault since late April—many under the hashtag #YoTeCreoVzla, or “I Believe You Venezuela”—is the country’s first widespread digital mobilization on the issue. The denunciations prompted Venezuela’s attorney general to announce he would open several investigations; a Venezuelan writer accused of rape killed himself in Buenos Aires after posting an apology on social media. 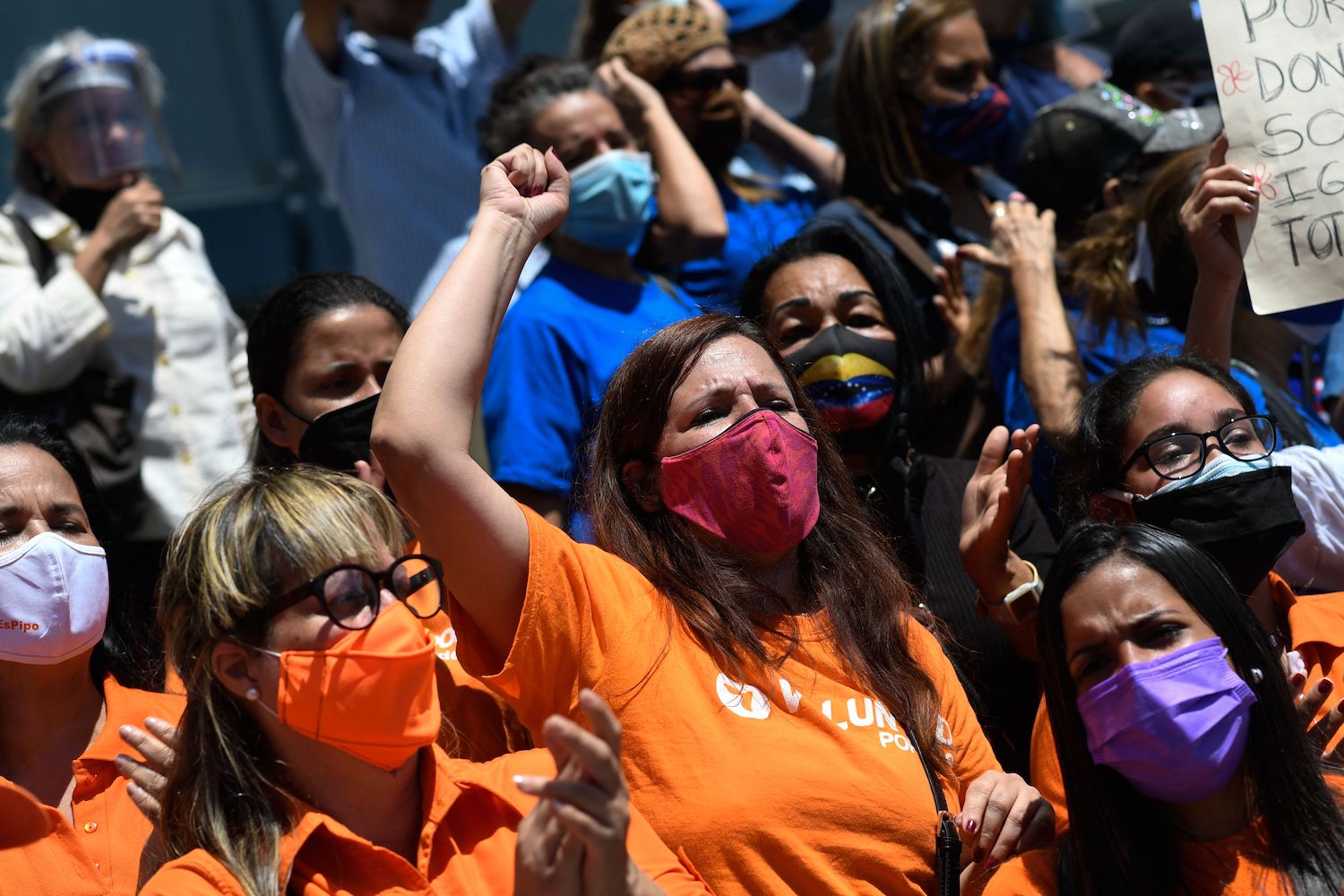 Haitian officials’ gang links. Haitian police led or facilitated gang attacks that killed dozens in Port-au-Prince neighborhoods between 2018 and 2020, according to a new report from Harvard Law School and a Haitian crime watchdog. The report found substantial grounds that the attacks “furthered a state policy to attack civilians in order to discourage or repress political opposition.”

A subway tragedy’s aftershocks. After the collapse of a Mexico City subway overpass killed at least 24 people, investigations into warnings about its stability that went ignored may yield political consequences for current and former Mexico City Mayors Claudia Sheinbaum and Marcelo Ebrard, both thought to be top picks to succeed President Andrés Manuel López Obrador in the 2024 election.

Bitcoin billions. On Wednesday, the Mexican start-up Bitso announced a $250 million funding round that made it the first Latin American cryptocurrency firm to surpass a billion-dollar valuation (at $2.2 billion). Bitso is used by some migrants to send remittances from abroad at a lower fee than traditional transfer companies, as explored in a piece in Rest of World.

A new favela trap genre. In Rio de Janeiro, a new rap genre known as trap de cria is emerging from the city’s poor neighborhoods, The Associated Press’s David Biller and Felipe Dana report and photograph. Some of the genre’s artists say police are unfairly targeting them for using airsoft guns in music videos, which would be part of a long history of Brazilian authorities criminalizing working-class music, such as samba in the early 20th century.

On Wednesday, the Biden administration expressed support for waiving intellectual property protections for COVID-19 vaccines. Which of the following Latin American countries is not currently a co-sponsor of the existing proposal for an IP waiver at the World Trade Organization (WTO)?

An important thermometer for democratic backsliding—or progress—is politicization of appointments to top courts and electoral oversight bodies. Three key rounds of appointments were made in recent days, including a rare positive development in Venezuela.

El Salvador’s Congress, immediately after taking office, replaced all five judges on the constitutional chamber of the Supreme Court as well as the country’s attorney general, who had been investigating corruption in the federal government. The removed judges said the dismissals were unconstitutional, and the moves drew vocal international criticism, at which President Nayib Bukele scoffed.

Nicaragua’s Congress selected a new top electoral council in which six of seven members were proposed by President Daniel Ortega’s party, ignoring international calls for a more balanced council to guarantee a free election in November. It also banned candidacies by anyone accused of participating in 2018 anti-government protests or who supported international sanctions against the country, forbid campaign financing from abroad, and increased restrictions on international election observers. 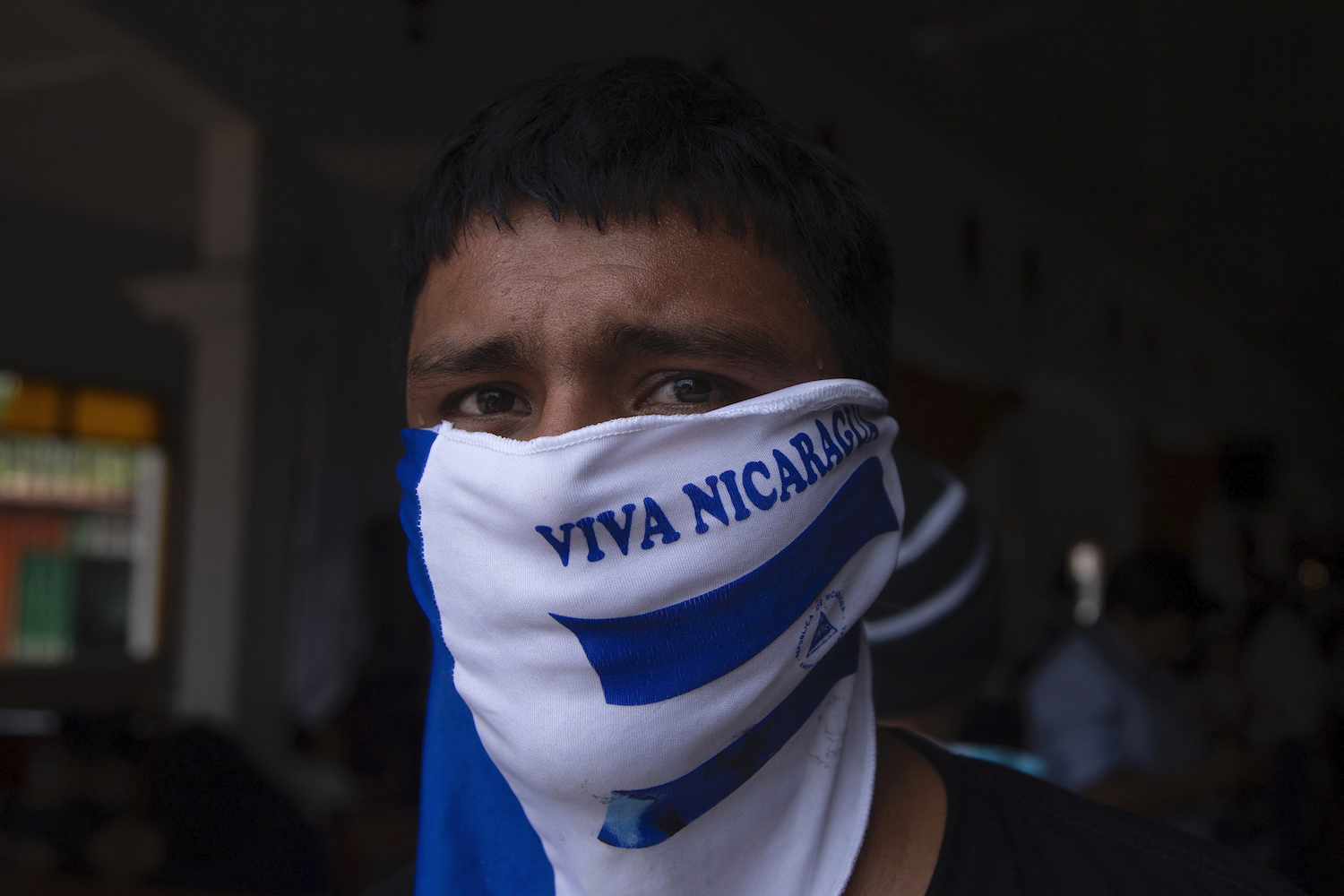 A man attends Mass to commemorate the third anniversary of the beginning of the protests against the government of President Daniel Ortega, at the Church of San Miguel in Masaya, Nicaragua, on April 18. Maynor Valenzuela/AFP/Getty Images

Venezuela’s Congress selected two opposition members to the nation’s top electoral oversight board for the first time since 2005. The move was the fruit of intense negotiations that underscore both the dedication of some opposition members to resolve Venezuela’s political crisis from within the electoral system as well as Maduro’s desire for improved relations with Washington. Last Friday, Venezuela moved six imprisoned Citgo executives to house arrest in another concession to the United States.

While the U.S. House Foreign Affairs Committee chair called for engagement with Venezuela Wednesday night to incentivize more steps toward democratization, a top State Department official said Thursday that it’s up to Venezuelans to decide whether a new electoral council contributes to free and fair elections.

Haiti became a sponsor of the existing proposal as part of the WTO bloc of least developed countries, whereas Bolivia and Venezuela entered separately. The proposal, pushed by India and South Africa, calls for a waiver in relation to prevention, containment, or treatment of COVID-19. The Biden administration’s statement Wednesday mentioned vaccines, not other medications.

In Colombia, Free Trade Has Come With More Violence

Nearly a decade after signing a deal with the United States, the future in cities like Buenaventura looks worse and worse.