Is Macron the New Merkel?

The French president has charted a new kind of centrism in Europe.

Early next year, French President Emmanuel Macron and his self-proclaimed “neither left nor right” politics face this make-or-break test. If he fails, Macron will turn out to be a short-lived shooting star. (What’s more, he will likely have paved the way for the first power grab by right-wing nationalists in one of the European Union’s core countries.) If Macron wins, France will finally have found a policy mix and a president it can live with for more than the short term, and the EU will have found a poster child that demonstrates betting on Europe can actually win you political success. 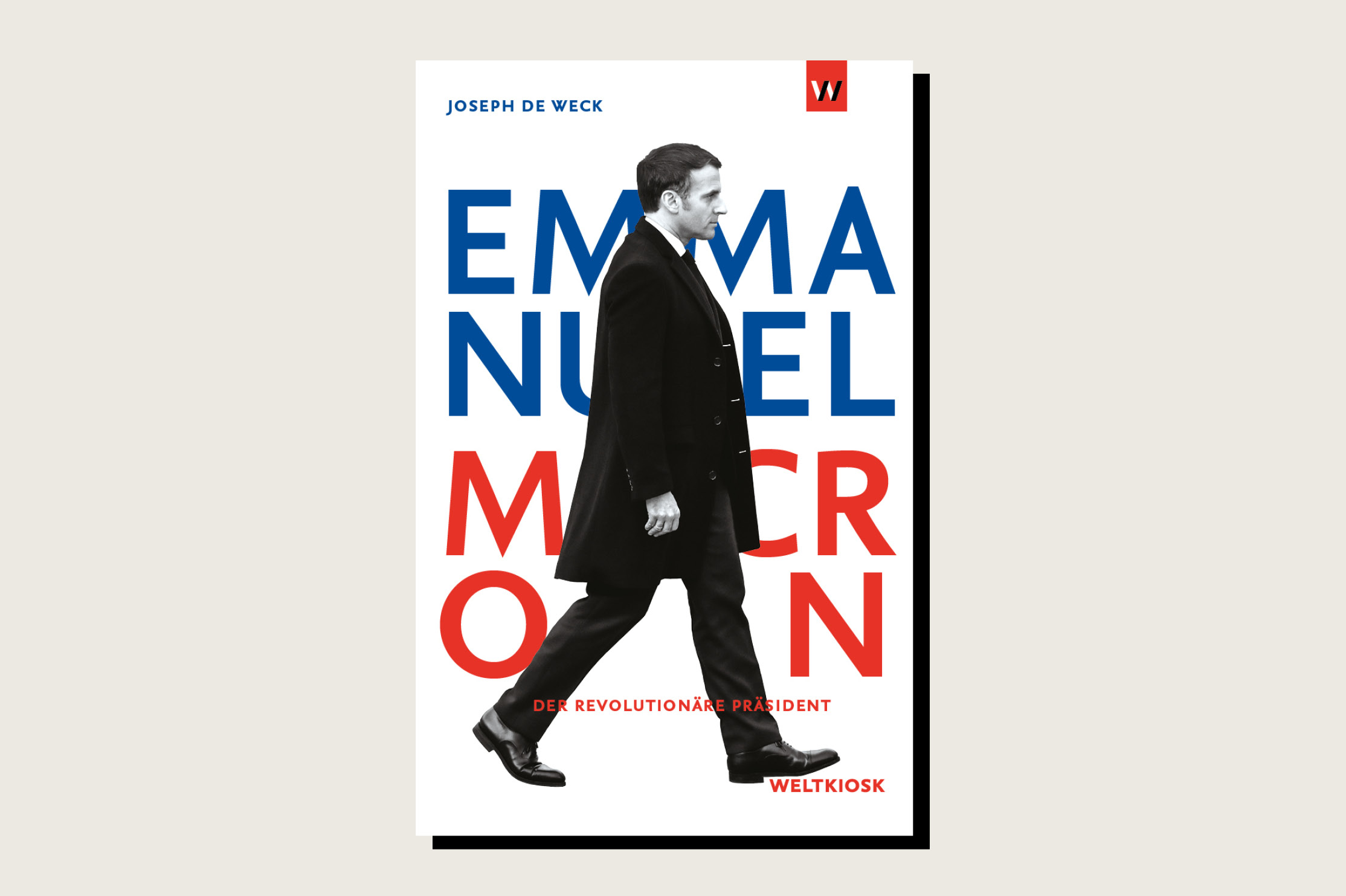 Macron’s odds are not bad. In fact, out of all the past decade’s incumbent French leaders, 43-year-old Macron has the best chances of winning a second five-year mandate. Eleven months before the elections, Macron’s approval ratings stand at 50 percent. For the hard-to-please French, this is remarkable. At the same point, socialist former French President François Hollande stood at 21 percent. Right-wing former French President Nicolas Sarkozy, who narrowly missed reelection in 2012, garnered 35 percent.

Moreover, despite his presidency being fraught with social conflict, such as large-scale strikes against his breakneck economic reforms and the 2018 Yellow Vest movement, Macron is much less hated than his predecessors. A year before elections, only 53 percent of the French have a “bad impression” of Macron—and only 25 percent of that have a “very bad” impression. This compares to 68 percent for Sarkozy (35 percent of that being “very bad”) and 80 percent for Hollande (40 percent being “very bad”) a year before the end of their respective terms.

Yet, Macron’s main rival, far-right Marine Le Pen, is steadily climbing the greasy pole of electoral politics. Le Pen is trying to reposition herself as a “commonsense” politician and has dropped her most controversial policies, such as a French exit from the EU. In turn, her second round of poll ratings, which pit her head-to-head against Macron, have risen to 45 percent, although polling has tended to overestimate her support.

So, if Macronism seems to work, what exactly is it, and what can others learn from him?

Macron’s political thought can be boiled down to a triad of ideas. France’s economy needs to be liberalized to grow, the state needs to invest more in education to restore social mobility, and Europe needs to work together to defend its interests against Beijing and Washington and tame global capitalism.

At home, Macron is a laissez faire economist with a nudge for equality of opportunity. Abroad, he is a statist. This is why he insists on building a “Power EU” that can “protect” Europeans and reaffirm the primacy of politics in a globalized world. It is his best shot at bringing the broader economy in line with his political objectives: from data protection to climate change and from taxes to inequality.

Beyond that, Macron’s refusal to categorize his politics as left or right gave him the liberty to let his economic politics be guided by events, common sense, and plain opportunism. His past four years in office offer a potpourri of measures that hardly fit in any ideological category along the “state versus market” divide of past decades or the culture wars of more recent times.

The left denounces him as the “president of the rich.” And yes, the wealthy have disproportionately profited from Macron’s tax reduction policy. He is proudly “pro-business” and has stripped back some of France’s generous protections and perks for workers.

Yet Macron has raised the net minimum wage and minimum pension more than both his predecessors put together. He has passed a law allowing tax investigators to track data from social media networks to find tax dodgers. He has doubled the length of parental leave and halved the size of school classes in disadvantaged or underprivileged regions and hired thousands of additional teachers.

On the social side, Macron appears to lean right in some regards. He is on board with Europe’s refugee policy that, at the end of the day, basically accepts migrants drowning in the Mediterranean Sea. He wants to tighten France’s citizenship law and demands imams be trained in France to fight Islamist extremism. The president has labelled identity politics in the United States a “danger for the republic.” “Let me be crystal clear,” he said in June 2020 about the public representation of historical figures involved in the slave trade. The “republic will not eject any statues.” On climate change, the president has done little to support the development of renewables, betting on nuclear energy instead.

But there’s more than meets the eye, and here too, Macron has displayed chameleonic political qualities. He has labelled colonialism as a “crime against humanity,” acknowledged the privilege that comes with being a white male, and boosted Arabic-language courses in schools. Macron has also introduced quotas for the disadvantaged at elite universities and pushed to install free vending machines for sanitary products in soup kitchens to fight “menstruation poverty.” He has halted the construction of a new airport near Nantes, France, pleasing the Greens who fiercely opposed it. He will also force homeowners to insulate their properties for energy efficiency by 2025, threatening a ban on renting them out for failure to comply.

On foreign policy, Macron has managed to give the EU new life. From trade to economic policy, the bloc has become “more French.” Brussels has embraced industrial policy and has taken a protectionist turn, annoying Beijing in the process. The EU is still light-years away from being a sovereign player on the geopolitical scene, but the $900-billion Next Generation EU package heralds a greater degree of integration than was thought possible just a year ago. It was a Paris-led alliance that managed to convince Berlin and other capitals to split the pandemic bill to help poorer members. In the European debt crisis a decade earlier, Germans sat tight and instead pleaded with the Chinese to invest in Greece to boost their economy, effectively giving Beijing a say in EU politics.

But even on foreign policy and Europe, Macronism is not without ambiguity. The French president has embarked on a dialogue with Russian President Vladimir Putin to discuss “European security” without consulting his eastern EU partners. Macron may be the most pro-European president France ever had, but he nonetheless succumbs to the Gaullist impulse of going it alone at times.

Meanwhile, Macron has labeled NATO “brain dead.” But when it comes to China, Paris is much more part of team “West” than Berlin. Macron largely excluded Huawei from building the country’s 5G network. He has also sent warships through the Taiwan Strait, which French Defense Minister Florence Parly celebrated as “striking proof” of France’s capacity to deploy far away with strategic partners Australia, Japan, and the United States.

With his ideological and political fluidity, Macron closely resembles the most successful politician of our time: four-time German Chancellor Angela Merkel. Merkel has U-turned from a liberal to a social economic agenda, from defending nuclear energy to supporting renewables, and from welcoming Syrian refugees in 2015 to negotiating a deal with Turkey’s president to keep them off Europe’s shores. Even after 16 years in the public spotlight, Germans don’t really know what Merkel really thinks, but they largely trust her to do the job.

The late Harvard professor Stanley Hoffmann once wrote that former French President Charles de Gaulle’s politics were “a stance not a doctrine, an attitude not a coherent set of dogmas, a style without much substance.” Merkel’s stance is conflict avoidance. Macron’s is conflict clarification. Merkel’s attitude toward politics as a chancellor of a coalition government was to negotiate “whatever is politically possible.” Macron is guided by the thought to dictate “whatever works for the country” (and possibly himself). Merkel’s style is cautious weighing and public reserve. Macron’s is a taste for risk and action and lots of public discourse.

Merkel and Macron are very different types of politicians. Yet being moveable, either by being silent and enigmatic or by being loud and eclectic, seems to help as long as you are authoritative. If Macron wins in 2022, he will have invented a new form of ideologized centrism that works in France. A liberal at home, a statist in the world: This change in different ideological lenses depending on policy area and level of action is what makes Macron appealing. And in contrast to Merkel’s centrism, it has a future-oriented core idea: Europe.

Joseph de Weck is a columnist with the German foreign affairs magazine Internationale Politik Quarterly and a fellow with the Foreign Policy Research Institute. He is the author of Emmanuel Macron: The Revolutionary President and is the Europe director at Greenmantle, a macroeconomic advisory firm. Twitter: @josephdeweck

Can France’s president redeem a language of colonialism to project global power today?

France is going to have a harder time selling “strategic autonomy” without the foil of the Trump administration to drive it.

The French president’s talk of a crisis among French Muslims is the latest example of mainstream politicians pandering to the far-right.