A slate of weak parties has brought a little-known political organizer to the brink of the presidency.

The highlights this week: what a Pedro Castillo presidency could portend for Peru, the Kamala Harris approach to migration, and El Salvador’s adoption of Bitcoin as a legal tender.

The highlights this week: what a Pedro Castillo presidency could portend for Peru, the Kamala Harris approach to migration, and El Salvador’s adoption of Bitcoin as a legal tender.

Schoolteacher Pedro Castillo, whose most significant prior political experience was leading a teachers strike in 2017, led Peru’s presidential runoff by 50.2 to 49.8 percent on Thursday with 99.1 percent of votes counted. Castillo declared victory on Tuesday night. The next day, his opponent, Keiko Fujimori, alleged fraud and called for 500,000 votes to be nullified or reexamined. Both domestic and international independent observers said the vote was clean.

Although the official vote count may have been smooth, the atmosphere around it was anything but. Some of Fujimori’s supporters called for a military intervention this week, prompting an official statement from the military that it will respect the election results. Journalists from the country’s leading television channel, América Televisión, resigned Tuesday in a scandal over their boss’s pressure on the newsroom to favor Fujimori.

Which Castillo? If Fujimori’s challenges fail—and that may not be clear for several days—Peruvians will discover which of the contrasting versions of Castillo will govern. His party, Perú Libre, describes itself as Marxist-Leninist. And during the campaign, Castillo called for nationalizing mining and gas companies, closing the federal public defender’s office, and overhauling the constitution.

But in the final stretch of the election, he also named a former World Bank economist as a top advisor, who said Wednesday that deficit reduction and central bank autonomy would be key in a Castillo government. Castillo’s victory declaration on Tuesday promised to be “respectful of democracy, the current constitution, and govern with financial and economic stability.”

Weak congressional backing. Castillo’s party will hold only 28 percent of the 130 seats in Peru’s unicameral legislature. Its ally, the Juntos por el Perú party (whose own presidential candidate, Verónika Mendoza, helped recruit part of Castillo’s technical team), will hold only five seats. Around 53 percent of seats are held by parties like Fujimori’s that could be considered right wing.

If the tenor of the campaign is any guide, congressional opposition will be bolstered by opposition from the media and the country’s business class. That means Castillo will face immense governability challenges.

Seats in Peru’s Next Congress 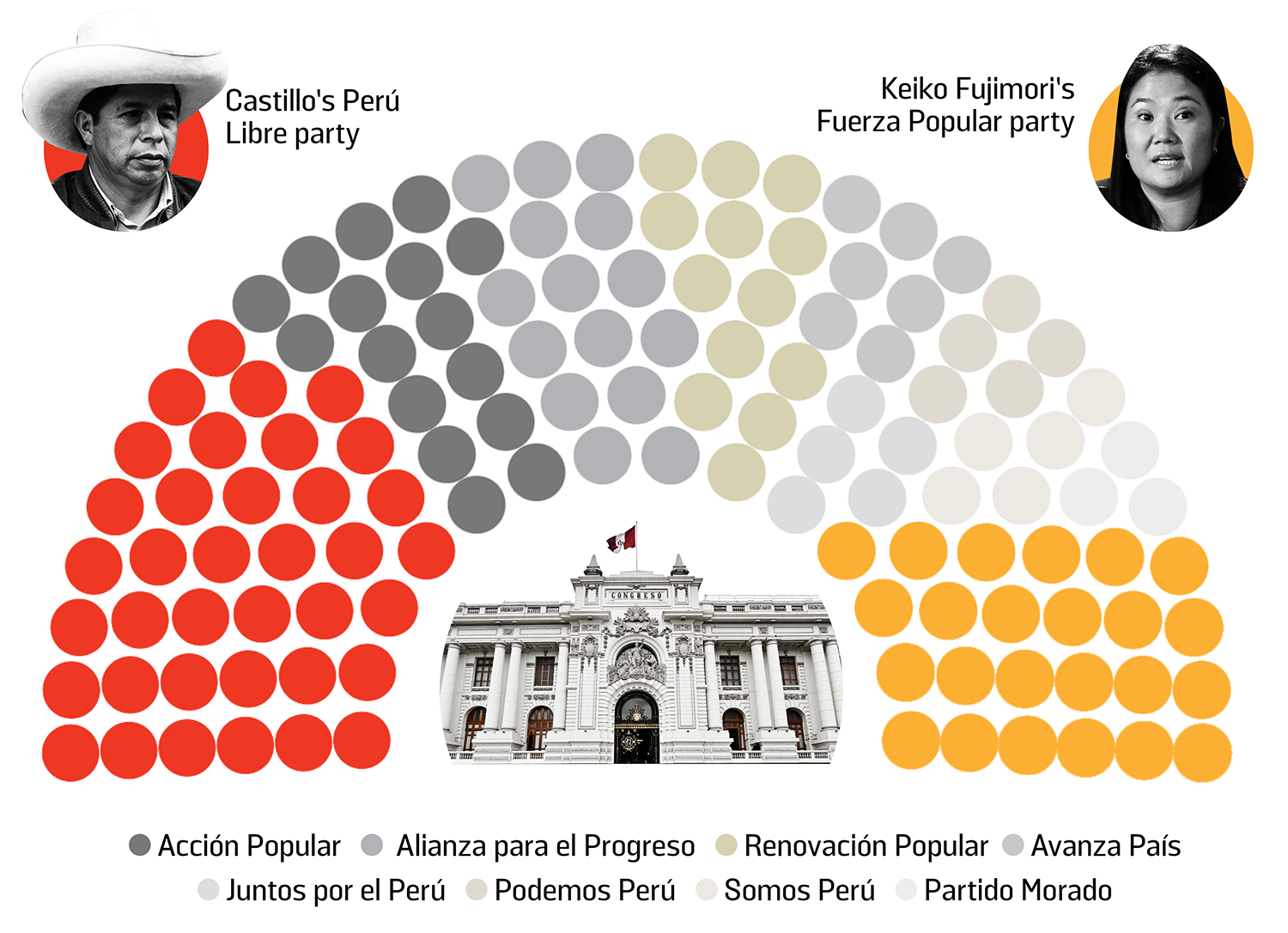 Incentives for stronger parties? Most Peruvians did not vote for Castillo or Fujimori in the first round of the election—the two received just 32 percent of valid votes combined. The volatility and fragmentation of the first round was well-portrayed by a viral video depicting the different candidates as anime superheroes beating one another up, Castillo only appearing mysteriously at the end.

This fragmentation could be reduced if Peruvians build stronger political parties that consistently stand for policy positions and are responsive to their bases. Crafting such parties is hard work, but without it, political earthquakes will be routine.

Friday, June 11: The United Nations General Assembly elects nonpermanent members of the Security Council to serve beginning in 2022. Brazil is running unopposed in its region.

Thursday, June 17: Haiti is discussed at the U.N. Security Council.

Ortega’s authoritarianism. On Wednesday, the government of Nicaragua’s Daniel Ortega detained the seventh high-profile opposition leader in a week. Four of them had planned to run against Ortega in a November election. The crackdown prompted Organization of American States Secretary-General Luis Almagro to request an urgent meeting about the possibility of suspending Nicaragua, and the United States sanctioned senior members of Ortega’s government.

Overloaded health systems. Argentina, Bolivia, Colombia, Paraguay, and Uruguay continue to experience some of their highest daily COVID-19 death rates of the entire pandemic. On top of its human toll, the pandemic’s prolongation is dragging down Latin America’s economic recovery, the World Bank said on Tuesday. Journalist Natalie Alcoba reported for Foreign Policy from Buenos Aires about an Argentine health system on the brink of collapse. 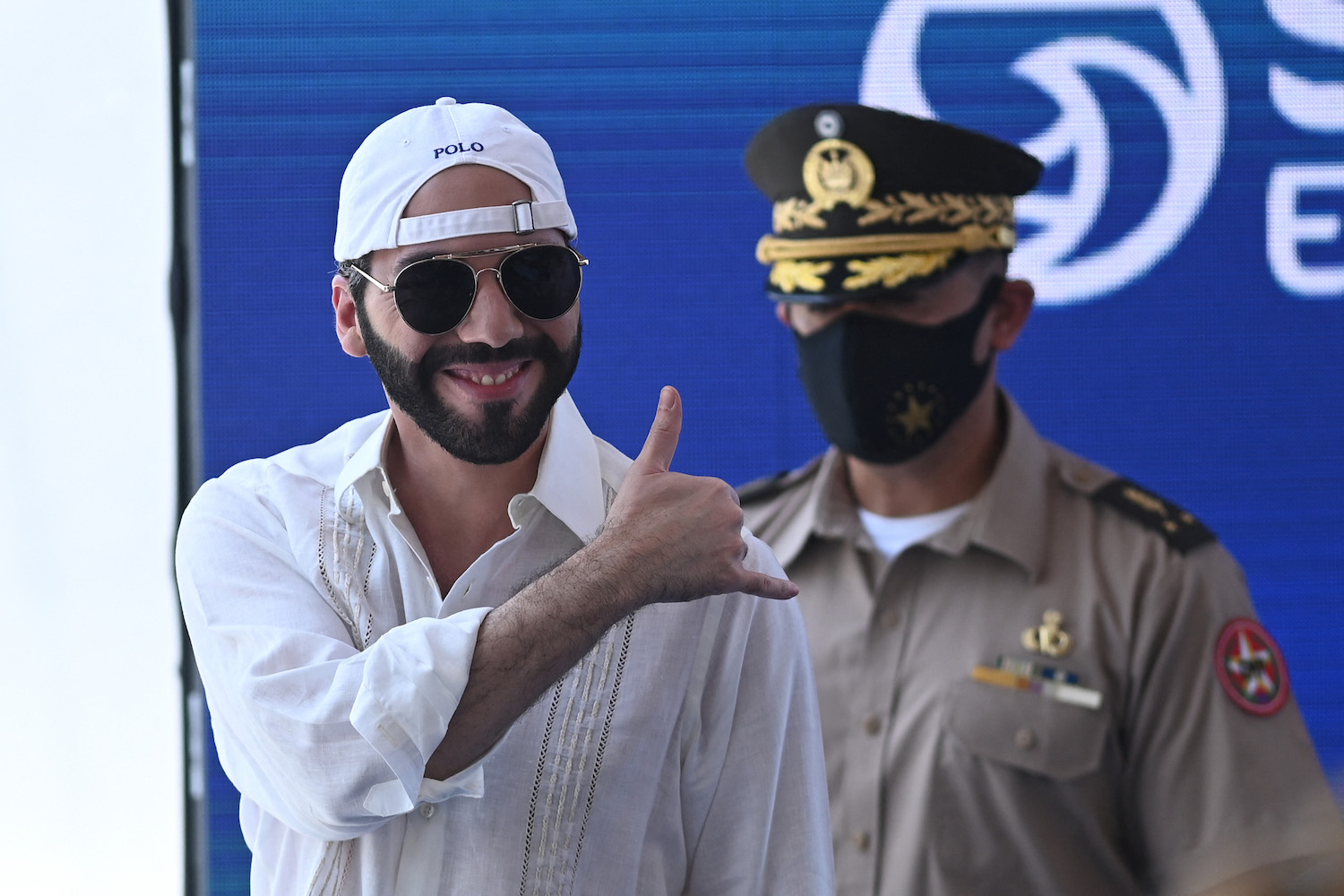 Bitcoin in El Salvador. The country has become the first country in the world to make the cryptocurrency a legal tender. It will be exchangeable for dollars at a market rate, a system that Salvadoran President Nayib Bukele said could reduce transfer fees on migrant remittances and attract investment. The move also risks enabling money laundering and use of El Salvador as a tax haven.

Argentine racism. Argentine President Alberto Fernández faced blowback from across the hemisphere on Wednesday when he told Spanish Prime Minister Pedro Sánchez “the Mexicans came from the Indians, the Brazilians came from the jungle, but we Argentines arrived in boats. They were boats that came from Europe.”

Fernández was citing a song lyric, and commentators were quick to denounce its reductionism and point out that the common Argentine trope incorrectly erases Indigenous, Latin American immigrant, and Afro-descendant Argentines, the latter of which comprise up to 9 percent of the country’s population today. (Former Argentine President Mauricio Macri once said, “we’re all descendants of Europe,” and Argentine writer Jorge Luis Borges once wrote, “Argentines are Europeans born abroad.”)

Surfing the wave you have. Brazilian photographer Victor Moriyama published a photo essay and article in the New York Times that captures the illegal, high-stakes sport of “surfing” the tops and sides of public buses in the city of Olinda, Brazil. “The Loucos do Surf are part of a long tradition of performing death-defying stunts involving public transportation in Brazil,” he wrote.

A key factor helping Latin American economies recover from their pandemic slumps is rising commodity prices. Which of the following commodities rose the most in price between December 2019 and April 2021?

In Focus: The Harris Approach to Migration 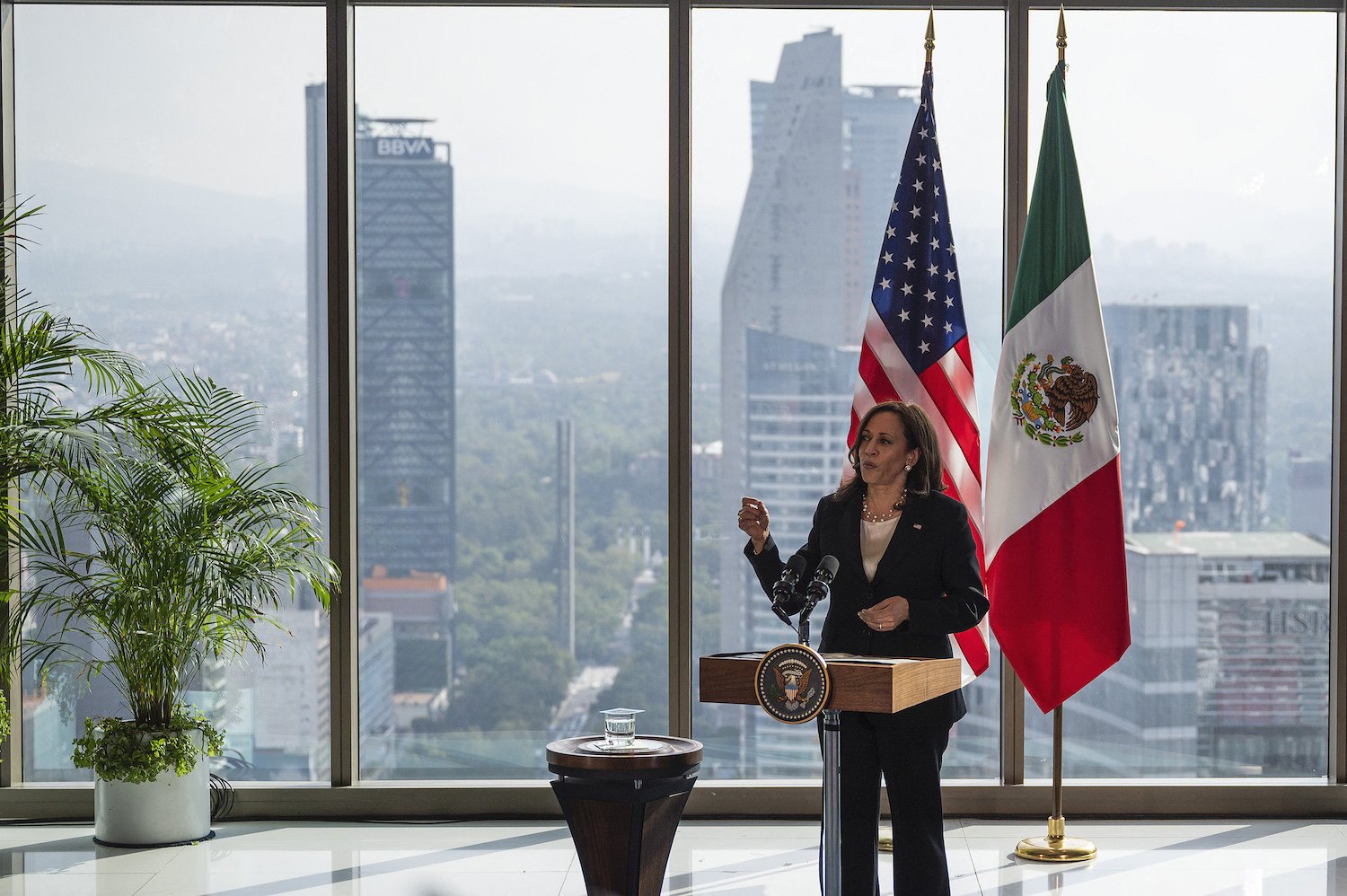 The policy menu on this issue is long, including such options as addressing the causes of migration, physically blocking and detaining migrants, ensuring adequate resources to process asylum-seekers, and offering legal pathways to migration.

“Do not come.” The trip was billed as a “root causes” approach, and Harris made important progress in that regard. But she also made clear that physical border enforcement remains a key focus of U.S. strategy, telling migrants in Guatemala “do not come” and “I believe if you come to our border, you will be turned back.” In Mexico, she told reporters there had been no discussion with Mexican officials about Title 42, a rule that closed the U.S.-Mexican border to asylum-seekers and other migrants in March 2020 and is currently being challenged in court by the American Civil Liberties Union.

A growing body of research, including one study based in Honduras and another based in El Salvador, Guatemala, Honduras, and Mexico, suggests knowledge about U.S. detention and deportation policy does not meaningfully influence people’s intentions to migrate.

Addressing push factors. On this front, Harris’s team acknowledged it was important to learn from what did and did not work in the past. (For example, $2.6 billion in federal aid between 2015 and 2019 had mixed results, and 50 percent of funds for some projects could have gone to overhead costs and profits for contractors, mostly American). “She told us, ‘We want you to propose how to work and who to work with,’” Carmen Rosa de León of the Teaching Institute for Sustainable Development told Guatemalan radio program Con Criterio after her meeting with Harris on Monday.

Although it has put the Biden administration at odds with several of the region’s presidents, Harris voiced support for anti-corruption measures. Notably, in Mexico, she said the government would cooperate with the United States on arms trafficking. Illegal U.S. guns play a major role in criminal violence in Mexico and Central America, and previous U.S. efforts to control such flows have been feeble.

Looking at the research on push factors, the Center for Global Development’s Michael Clemens recently wrote in Foreign Affairs about the importance of differentiating which are long term and which are short spike. Gun violence and extreme weather events are acute and can hypothetically be better managed. Rising prosperity in Central American countries as a long-term trend has actually led more people rather than fewer people to migrate to the United States over the years.

Clemens argues an appropriate long-term response would be to widen legal pathways for migration. The Biden administration took a step in this direction in April, saying it would set aside 6,000 guest worker visas for El Salvador, Guatemala, and Honduras in the coming months.

Peruvians may gamble on a leftist political unknown or bring a controversial right-wing politician into office.