The national security law has brought down Apple Daily, one of the last bastions of media resistance to Beijing.

The highlights this week: Hong Kong’s biggest pro-democracy newspaper shuts down under threat, the Chinese ambassador to the United States announces his departure, and why China is keeping its borders closed for the foreseeable future.

The highlights this week: Hong Kong’s biggest pro-democracy newspaper shuts down under threat, the Chinese ambassador to the United States announces his departure, and why China is keeping its borders closed for the foreseeable future.

On Wednesday, crowds of Hong Kong residents gathered in support outside the headquarters of Apple Daily, one of the last bastions of media resistance to Beijing, as it sent its final edition to print. The paper announced it would close after the arrests of senior leadership this week under the draconian national security law introduced last year. Banks froze the newspaper’s assets to avoid being charged themselves.

The rollout of the national security law has seen successive groups targeted: first protest leaders, then democratic politicians, and now journalists. More than 800 Apple Daily staff have lost their jobs while Hong Kong has lost its long-cherished freedom of speech.

The tabloid-style newspaper, founded in 1995, vigorously supported Hong Kong’s pan-democratic politicians, something that appeared incongruous next to its normal trade in celebrity gossip and crime news. As Beijing’s influence crept into other Hong Kong media outlets, such as the South China Morning Post taken over by Alibaba in 2015, Apple Daily remained stalwartly opposed to Beijing.

Apple Daily founder Jimmy Lai backed then-U.S. President Donald Trump in the 2020 presidential election due to his administration’s hard-line policies on China. Lai is currently in jail himself for participating in the 2019 pro-democracy protests. The media landscape in Hong Kong now looks increasingly desolate, with papers running identical front pages in support of the government.

Yet the speed of Apple Daily’s closure still came as a surprise. The national security law has imposed such a state of fear that businesses facing charges risk being shut out of numerous everyday services as well having to weigh threats to their staff. An Apple Daily opinion writer was arrested Wednesday, adding to the fear that individuals would be targeted.

The remaining Apple Daily staff will likely have a tricky time finding work at other Hong Kong media outlets, with some already hoping to move to Taiwan or the West. They’re also unlikely to receive their final paychecks thanks to asset freezes.

But the impact of the closure goes far beyond journalism in Hong Kong. Each move like this raises the stakes for other sectors, especially academia and entertainment. Any challenge to the government has become a risk, making self-censorship even more likely.

This kind of sweeping coercion has long been the norm on the mainland; in Hong Kong, it provides more proof China has shattered its promise to maintain “One Country, Two Systems” until 2047.

Ambassadorial changes. Cui Tiankai, the Chinese ambassador to the United States since 2013, announced his departure from the post. The ambassador was expected to leave last year but stayed on to manage the transition to the Biden administration. At 68 years old, Cui is three years past the usual age of retirement, and he was respected as an experienced and steady professional by his foreign counterparts.

The same can’t be said about China’s new crop of diplomats, such as Zheng Zeguang, the newly appointed ambassador to the U.K., who accused the West of “endless slandering” in a rant about “disinformation against China” at a recent event. Relations with numerous countries continue to decline over human rights abuses in Hong Kong and Xinjiang, aggression in the South China Sea, and the impact of the coronavirus pandemic.

The defector who wasn’t. Right-wing media is abuzz with claims that Dong Jingwei, a deputy minister of state security, has defected to the United States. Rumors like this are common in the Chinese diaspora, especially among political exiles and dissidents, but it is rare they amount to anything. In this case, however, the rumor was seized on by right-wing sites as justification for the lab leak theory and anti-Biden conspiracy theories.

Both Beijing and Washington set out to refute this rumor—itself an unusual move, probably undertaken because of heightened U.S.-China tensions. Beijing quietly released a report about Dong hosting an anti-espionage session while a senior Biden administration source denied the claims. That hasn’t stopped people touting it though.

Expect more such rumors as connections between Chinese-language dissident conspiracy sites, such as the Epoch Times, and U.S. conservative media deepen.

Dog meat festival. The Yulin Lychee and Dog Meat Festival, an event created in 2009 to boost China’s dog meat trade, is underway this week with the usual controversy. The festival is very unpopular among the Chinese public, and activists regularly blockade trucks carrying dogs for slaughter and force the police to enforce regulations that demand the proper transport and certification of animals, which the traders rarely have.

Dog meat is not a common dish in China, but activists claim the poorly regulated trade still sees 10 million dogs killed each year. By comparison, approximately 415 million pigs were slaughtered in China last year, down from previous years due to the loss of livestock from African swine fever.

Border closures. China’s borders will remain closed to most visitors until at least the second half of 2022 over concerns of further COVID-19 outbreaks imported from abroad. Chinese officials are reportedly worried about two sensitive events: the Beijing Winter Olympics and the formal conferral of an unprecedented third term for Chinese President Xi Jinping near the end of 2022. It’s possible some restrictions will remain until after the annual Two Sessions in early 2023.

But the move may also reflect China’s lack of confidence in its own vaccines. Although its domestic vaccination program has been highly successful, with more than 1 billion doses administered, case data from other countries shows the Chinese vaccines aren’t doing a good job at preventing the spread of the virus, particularly the spread of new variants.

The vaccines are much more effective against hospitalization or death: Even as caseloads have risen in countries relying on Chinese vaccines, such as Mongolia and Chile, death rates have remained relatively low. But that’s not good enough to risk a new outbreak within China, where zero COVID-19 has become synonymous with competent governance. Growing government xenophobia probably contributes too.

Crypto crackdown. China continues its sweeping shutdown of Bitcoin mining, which uses an enormous amount of power and processing capacity. Unlike previous crackdowns, this one seems both definitive and possibly permanent. Provinces across China are following the example of Inner Mongolia—where a substantial amount of Bitcoin mining occurred thanks to cool temperatures and low electricity prices—and shutting down mining.

It’s possible some of the mining will relocate to other countries—some vendors have already moved to Kazakhstan—but mining in China allowed people to evade currency controls by buying electricity in yuan and selling the resulting bitcoin for dollars, a model that isn’t replicable elsewhere. Bitcoin prices recovered slightly on Wednesday after decreasing by more than half this year as a result of the crackdown and other bad public relations.

The CDB’s former chairperson was sentenced to life imprisonment in January for taking $13 million in bribes. It’s common for investigations like this to go on for months as little fish are swept up in the wake of the big ones being arrested. During purges of the Chinese energy sector in 2013 and 2014, a system of morning check-ins with key personnel was established in case anyone had been arrested overnight. 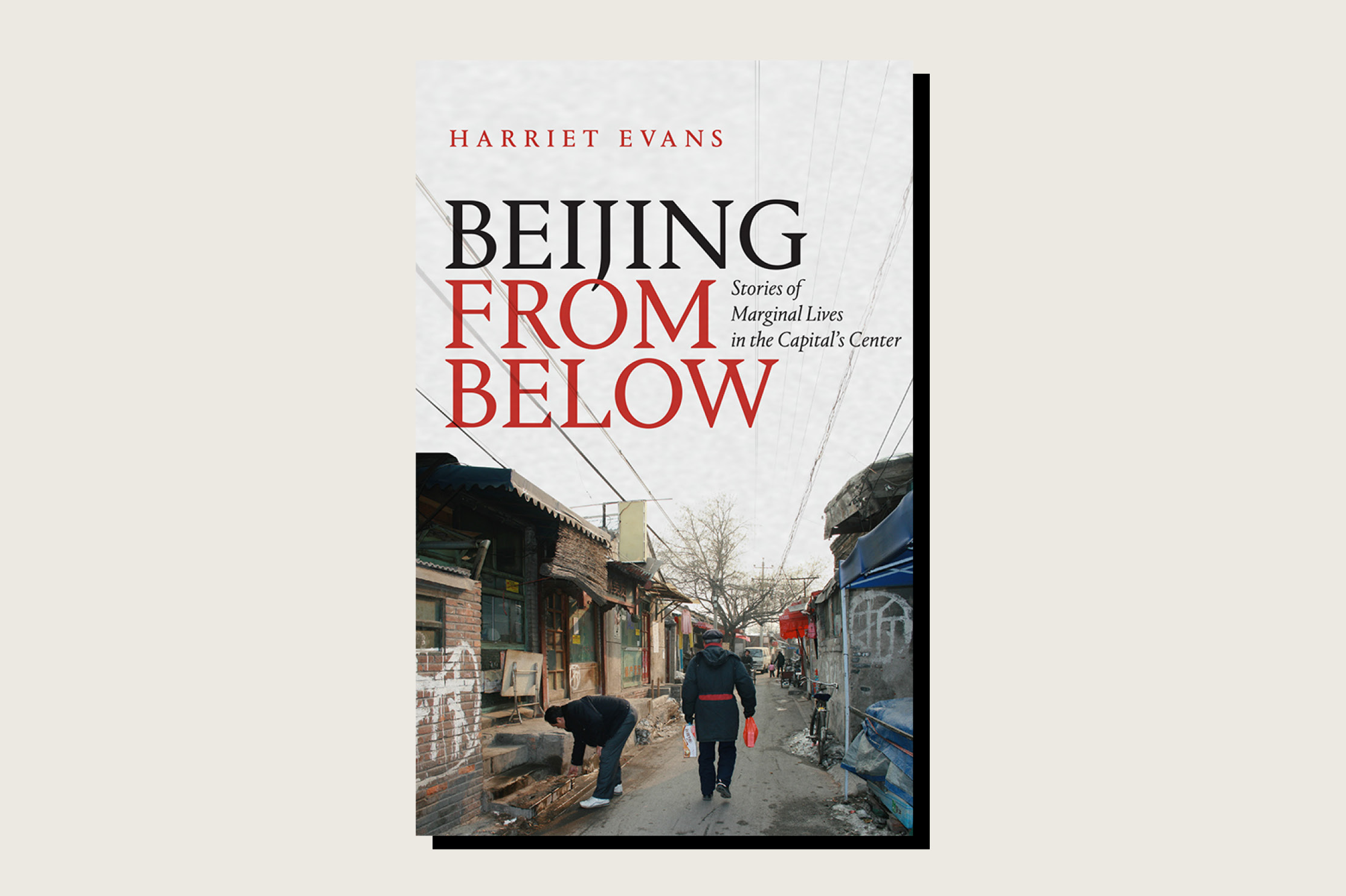 Beijing From Below: Stories of Marginal Lives in the Capital’s Center, by Harriet Evans

This beautifully crafted ethnography tells the stories of long-time residents of Dashalar, a poor central neighborhood of Beijing that has been the target of numerous destruction and construction campaigns. Author Harriet Evans spent years recording stories and building trust with locals, many of whom lived marginalized lives for political or personal reasons.

Politics lurks in the backgrounds of the stories but rarely comes to the forefront; the individual exigencies of poverty, patriarchy, and police play a stronger role.