Is a new “great game” emerging?

Here’s what’s on tap for the day: Biden’s Afghanistan withdrawal is set to create a power vacuum, the White House hands out plum ambassador jobs, and pressure mounts to move U.S. troops out of the Middle East.

Here’s what’s on tap for the day: Biden’s Afghanistan withdrawal is set to create a power vacuum, the White House hands out plum ambassador jobs, and pressure mounts to move U.S. troops out of the Middle East.

Stumbling Into a New ‘Great Game’?

As U.S. and coalition forces carry out their withdrawal from Afghanistan, regional powers are jockeying to carve out influence in the country, setting the stage for new geopolitical tussles even as the Taliban and Afghan government forces fight for control of the country.

Off to the races. Iran, China, India, Pakistan, and Russia are all jostling to boost their influence in Afghanistan after the U.S. withdrawal, launching quiet diplomatic power plays aimed at both the Afghan government and the Taliban.

This month, the foreign ministers of China, Afghanistan, and Pakistan met via videoconference to discuss Afghanistan’s future, showcasing Beijing’s attempts to bolster its heft in Central Asia and expand its investment in Afghanistan, seen as a potentially lucrative corridor for its so-called Belt and Road Initiative.

India, meanwhile, has quietly reversed its long-standing policy of not engaging with the Taliban and reportedly kick-started diplomatic talks with representatives of the militant group in Qatar.

What does this all add up to? Some analysts fear the diplomatic proxy battles may only further destabilize the already fragile country—and end up empowering the Taliban as they seek to bolster their international reputation, eyeing a full takeover of Afghanistan.

Some analysts have drawn comparisons to the so-called “great game” of political jostling between the Russian and British empires over Central Asia in the 19th century—though Pakistani Prime Minister Imran Khan explicitly said he is working to avoid stumbling into a new great game.

But it’s not clear how all these conflicting diplomatic overtures will play out, in large part because it’s uncertain whether—or how long—the Afghan government can hold out against the onslaught of Taliban attacks as U.S. forces withdraw.

A new U.S. intelligence assessment, reported by the Wall Street Journal, concluded that the Afghan government could fall to the Taliban within six months. Other analysts predict that if the government does not fall, fighting could spiral into a prolonged civil war; some vulnerable ethnic groups in Afghanistan, feeling abandoned by Afghan government forces, are already forming their own militias to protect against Taliban offensives.

Exit strategy. Biden is set to meet Afghan President Ashraf Ghani and Abdullah Abdullah, the chair of Afghanistan’s High Council for National Reconciliation, at the White House on Friday to discuss the country’s future after the U.S. withdrawal.

Meanwhile, Congress is growing increasingly frustrated with the lack of clarity from the Biden administration about how the U.S. military will continue so-called “over the horizon” intelligence collection and counterterrorism capabilities in Afghanistan after the withdrawal.

“If the Taliban take over, that’s going to be much, much harder to monitor,” Sen. Dan Sullivan, a Republican who sits on the Senate Armed Services Committee, told SitRep. “Having boots on the ground is important for a [counterterrorism] capability, but having boots on the ground is also immensely important for an intel capability. And the less you have, the less you’re going to be able to actually see, ‘Hey, is there something going on that requires or demands a CT strike?’”

Deputy Secretary of Defense Kathleen Hicks said this summer that the Pentagon was still preparing options for President Joe Biden for what an over-the-horizon capability would look like.

Biden nominated Cindy McCain, humanitarian and wife of the late senator and Republican presidential candidate, to be U.S. envoy to the United Nations Agencies for Food and Agriculture.

Michael Carpenter was nominated to be U.S. ambassador to the Organization for Security and Cooperation in Europe.

Former Delaware Gov. Jack Markell is Biden’s pick as ambassador to the Organization for Economic Cooperation and Development in Paris, and Claire Cronin, a top state lawmaker in Massachusetts, was nominated to be U.S. ambassador to Ireland.

Celeste Wallander is Biden’s pick to be assistant secretary of defense for international security affairs, one of the Pentagon’s top policy officials. Wallander, head of the U.S.-Russia Foundation, served as the top Russia hand in the Obama administration’s National Security Council and Pentagon.

Behind schedule. The Economist reports that Biden has just 70 executive branch appointees confirmed more than five months into his administration. That compares favorably with Trump, who had just 44 officials confirmed by this point, but not as well with Obama, who had 165 officials in place by late June 2009.

Fix your posture. With the Biden administration starting to drop hints that the Pentagon’s forthcoming posture review might include drawing down U.S. troops in Iraq and missile defense batteries from the Middle East, the think tank community is now trying to nudge the Defense Department further in that direction.

In a report from the Quincy Institute, former Pentagon official Eugene Gholz calls for the Biden team to “align its military presence with its strategic interest in the Middle East by beginning a responsible and timely drawdown of U.S. forces in the region.” Since it would be difficult for a would-be adversary like Iran to close down the Strait of Hormuz, there’s no compelling reason to stay, Gholz argues.

Get tough. Republicans in Congress are pushing back on the Biden administration after it froze $100 million in additional military aid to Ukraine to deal with Russia’s recent buildup of troops and equipment in the region.

Citing National Security Advisor Jake Sullivan’s recent comments that the aid would only be delivered if there were a further incursion, the top Republican on the Senate Armed Services Committee, Jim Inhofe, said that was just a “fancy way of saying, ‘We won’t take further action until Russia invades further into Ukrainian territory’— at which point it will be too late.”

For what it’s worth, the Biden administration already delivered $150 million in military aid to Ukraine this year that had been approved by Congress.

“I want to get smarter.” Critical race theory has become a political football on Capitol Hill, and on Wednesday, lawmakers tossed the pigskin to the U.S. military’s top officer, Gen. Mark Milley, after House aides learned that the U.S. Military Academy at West Point held a seminar on “white rage”—prompting an impassioned speech from Milley that has gone viral several times over.

“It’s important that we understand that, because our soldiers, sailors, airmen, Marines, and guardians, they come from the American people,” Milley said. “So it is important that the leaders now [and] in the future do understand it. I’ve read Mao Zedong, I’ve read Karl Marx, I’ve read Lenin—that doesn’t make me a communist. So what is wrong with understanding, having some situational understanding about the country for which we are here to defend?” 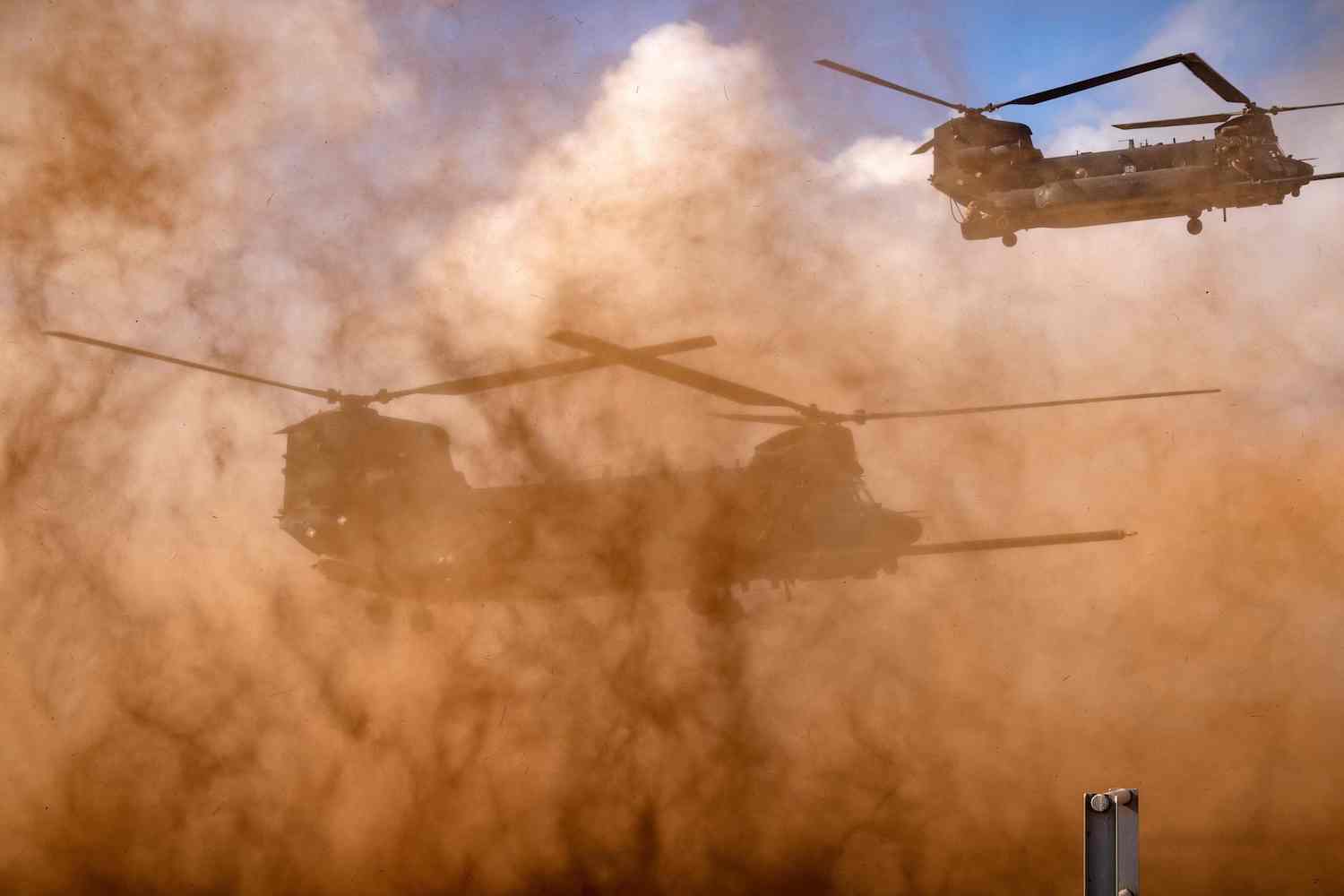 Twenty-five years ago this week, 19 American airmen were killed in the bombing of the Khobar Towers in Saudi Arabia. Read this account of the aftermath of the attack from Bruce Riedel, who was then deputy assistant secretary of defense and arrived at the scene of the attack the next morning.

The National Security Archive at George Washington University published declassified documents on the U.S. response to the attacks, including how they influenced the Clinton administration’s secret overtures to Iran in 1999, that are well worth a read.

Friday, June 25: Vice President Kamala Harris travels to El Paso, Texas, in her role as Biden’s border czar to examine the causes of migration from El Salvador, Guatemala, and Honduras amid a surge in crossings.

“Trying to engage the bear to keep a pot of honey safe.”

—How Lithuanian President Gitanas Nauseda described a proposal for the EU to hold a summit with Russian President Vladimir Putin.

Bucharest or Budapest? Unfortunately for a group of French fans hoping to catch their home country at the Euro 2020 soccer tournament this weekend, they couldn’t tell the difference between these two European cities. Confusing Bucharest for Budapest, six French colleagues working at an IT company traveled 500 miles farther than they should have and were led astray leaving the airport by a group of Ukrainian soccer fans on layover between games.