The Third-Dose Debate in the World’s COVID-19 Epicenter

The highlights this week: How South American coronavirus travails underscore the bumpy road to herd immunity, unpacking the Biden administration’s challenges at the U.S.-Mexico border, and a major bribery scandal hits Costa Rica.

The highlights this week: How South American coronavirus travails underscore the bumpy road to herd immunity, unpacking the Biden administration’s challenges at the U.S.-Mexico border, and a major bribery scandal hits Costa Rica.

South America’s COVID-19 nightmare continues, with the region accounting for more than a third of daily global deaths in the week ending this Tuesday. That is despite it being home to only 5 percent of the world’s population. The prolonged surges not only bring devastating social and economic fallout—as just one example, Latin American children have been out of school for longer than anywhere else in the world—but also point to the difficulties ahead for other countries, even after significant numbers of people have been vaccinated.

Nowhere is this clearer than Chile, an early vaccination champion. Even after some 45 percent of Chileans had been fully vaccinated by the start of June, a rise in cases earlier this month drove the government to declare a new lockdown in greater Santiago, home to over a third of the country’s population.

Around 77 percent of vaccinated Chileans received the shot produced by China’s Sinovac, Folha de São Paulo reported this week. In Chile, it has been found to be 67 percent effective in preventing symptomatic infections. Chilean health officials are now considering offering a third Sinovac booster shot in September as well as mixing different vaccines for a booster. So, too, are officials in Uruguay, where the Sinovac jab also dominates.

To mark the country’s 500,000 death milestone on Sunday, Brazil’s newspaper of record, Folha, ran a blank cover—save for the words, “Until when are we going to die?” The University of Washington’s Institute for Health Metrics and Evaluation estimated that if vaccinated Brazilians return to pre-pandemic mobility levels, some 200,000 more Brazilians might die by the end of September.

Behind the surges. Most South American countries have fully vaccinated less than 10 percent of their populations, according to Our World in Data. Brazil is home to the virus’s gamma variant, which a study found could be up to 2.2 times as transmissible as previous variants. Argentina, Chile, and Peru are among the countries with spread of the lambda variant, which the World Health Organization labeled a “variant of interest,” although there are few studies about it.

The land of Chinese jabs. As of last month, most of the vaccines delivered to Latin America were from Chinese manufacturers. Sinovac accounted for the vast majority, with the remainder from Sinopharm and CanSino (found to have at least 70 percent and 65.7 percent efficacies at preventing symptomatic disease, respectively). These vaccines’ lower efficacy rates—compared to those of messenger RNA shots from manufacturers like Pfizer—is one reason spurring Chile and Uruguay to consider boosters.

Taking stock of Chinese vaccine diplomacy in Latin America in Foreign Policy, the Getulio Vargas Foundation’s Oliver Stuenkel writes that, as of early June, despite the jabs’ relatively lower effectiveness, China has dramatically improved its standing in the region through vaccine provision because it has been running largely unopposed. While in early May, China had delivered 75.8 million doses or key ingredients for doses to the region’s 10 largest countries, the U.S. manufacturer Pfizer had delivered 19.5 million. Since then, the White House has announced donations of at least 23 million doses to Latin America.

Cuban contenders. Cuban researchers announced in recent days that the country’s three-dose Abdala vaccine is 92.28 percent effective at preventing symptomatic COVID-19 and that its Soberana 2 vaccine is 62 percent effective after two out of three doses. Full results on Soberana 2 are expected soon. The shots could be powerful tools for pandemic control in Latin America and worldwide, as Cuban officials have said they would be open to licensing the vaccines’ intellectual property at a small profit margin.

To scale up production of shots, the WHO announced this week that it will support a new South African hub to facilitate the transfer of technology for mRNA vaccines. Such efforts to ramp up vaccine production and distribution are crucial to abating South America’s COVID-19 tragedy as well. For now, the region remains the most vivid example of a global failure at that scale-up, with all its social and economic consequences.

Ambassador withdrawal. Mexico and Argentina pulled their ambassadors from Nicaragua this week in disapproval of President Daniel Ortega’s ongoing crackdown against media and the opposition. They had abstained from a vote on Nicaragua at the Organization of American States last week. A joint statement at the United Nations Human Rights council Tuesday condemned the crackdown, and U.S. State Department spokesperson Ned Price said Washington would “use all the diplomatic and economic tools at our disposal” to push for fair elections. 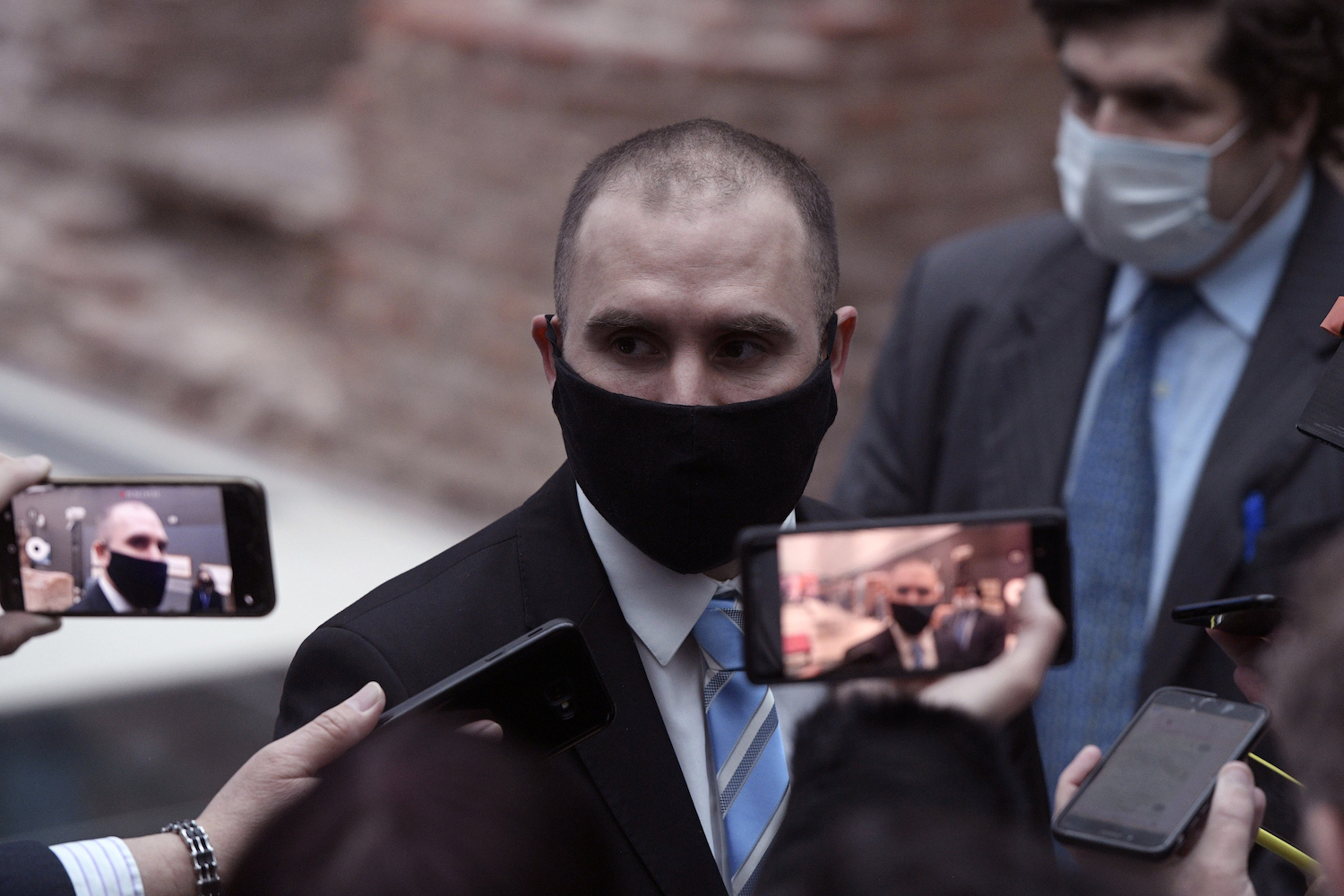 Argentine Finance Minister Martín Guzmán speaks to the media after a press conference about an agreement with major private creditors to restructure roughly $65 billion in sovereign debt in Buenos Aires on Aug. 31, 2020.Juan Mabromata/Getty Images

Argentina’s Paris Club respite. Argentina reached a deal with creditors in the Paris Club group of nations to delay most of a $2.4 billion debt repayment due by July, avoiding default. Buenos Aires is also seeking to renegotiate $45 billion in debt to the International Monetary Fund.

Brazil’s anti-environment minister resigns. Ricardo Salles, who oversaw a dramatic rise in deforestation of the Amazon since his 2019 appointment as Brazil’s environment minister, resigned amid investigations alleging he took part in an illegal timber scheme.

The “Costa Rican Odebrecht.” In an anti-corruption probe dubbed Cochinilla after a parasitic bug, Costa Rican authorities made nearly 30 arrests related to a scheme in which they say construction companies offered bribes and even sexual favors in exchange for government contracts.

The investigation implicates high-ranking private and public sector figures (and prompted an advisor to President Carlos Alvarado to resign), so it will be an important test of the power of a domestically led anti-corruption push in Central America. High-profile anti-corruption bodies in neighboring countries have been politically undermined in recent years.

Side effects of laptop aid. An Argentine program that distributed laptops to public school students beginning in 2010 helped spawn a new “generation of rappers, trappers, and freestylers” who used the computers to mix their music, Juan José Relmucao writes in Rest of World. Argentina’s government has embraced the unexpected consequence of the program, organizing its first national hip-hop contest.

In Focus: Harris at the U.S.-Mexico Border 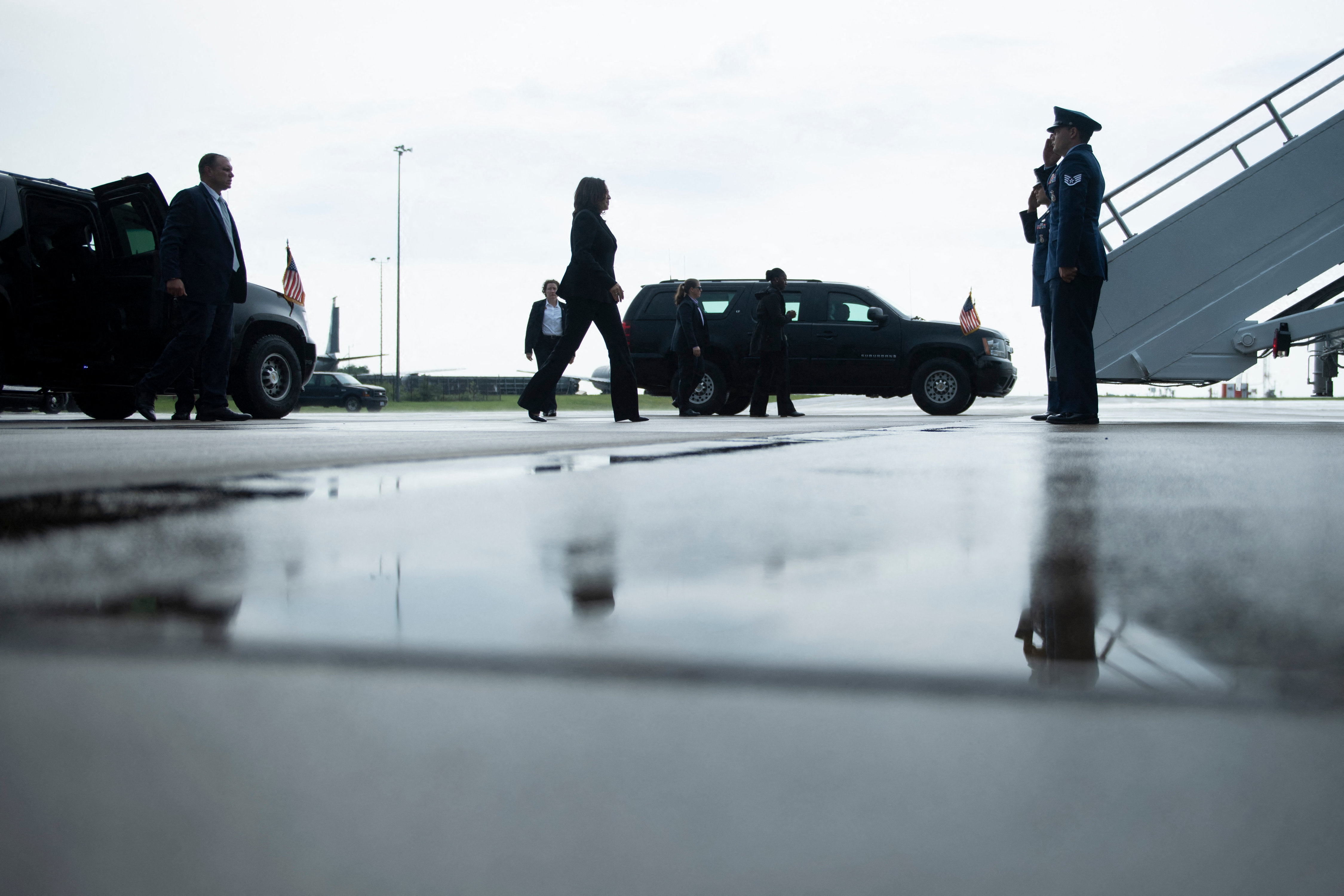 U.S. Vice President Kamala Harris is set to visit El Paso, Texas, on Friday to address migration issues amid a slow rollback of some Trump-era restrictions on seeking asylum at the U.S.-Mexican border.

While Harris was tapped by the White House to address the root causes of migration in Central American countries, Republicans had repeatedly criticized her for not visiting the border, claiming it is out of control. Unaccompanied child migrants arrived in record numbers in March, and their numbers remain elevated. Insufficient U.S. facilities for the migrants led to overcrowding.

The White House says this trip is unrelated to Republican critiques and instead part of a holistic effort to reform U.S. immigration policy, to which the diplomatic element in Central America is key. Writing in Foreign Policy this week, Panamanian Foreign Minister Erika Mouynes argues that Washington’s “root causes” approach to migration should extend even further south to encompass migration flows at a treacherous passageway on the Panamanian-Colombian border.

The state of reforms. Through steps like ending the program known as “Remain in Mexico,” the Biden administration has moved toward making the U.S. southern border a safer and fairer place for migrants and aligning better with U.S. and international law. But much remains to be done. A March 2020 rule that blocks people from seeking asylum at the border on COVID-19 grounds is still in place. It has been challenged in court, and authorities are not enforcing it for some asylum-seekers, such as unaccompanied children. The Biden administration has suggested it is considering revoking it.

Migration experts have long called for reform to address the lack of adequate processing facilities for asylum-seekers and the delay-ridden system that decides their claims. To that end, the Justice and Homeland Security departments announced a dedicated judicial docket to more quickly process some families, and Homeland Security Secretary Alejandro Mayorkas, who will accompany Harris on Friday, wrote that his department is weighing other methods to reduce processing time.

The Republican stance. Republicans have for the most part demanded more investments in border security rather than any of the above. Former U.S. President Donald Trump, calling the border “lawless,” plans his own visit next week. A small number of Republicans, however, are also voicing support for pathways to citizenship for some undocumented immigrants, saying that this will help the party hold on to its gains among Latinos from the 2020 election. “It’s time to wake up and smell the votes,” Republican Rep. Maria Elvira Salazar of Florida told Politico.

NEW FOR SUBSCRIBERS: Want to read more on this topic or region? Click + to receive email alerts when new stories are published on Politics, Health, South America

Beijing has increased its leverage in the region—but Washington can still stage a comeback.