By Jeffrey Lewis, director of the East Asia Nonproliferation Program at the Middlebury Institute of International Studies.
June 30, 2021, 4:08 PM

Hearing that rumor, I decided that it would be worth taking a look. Last year, I hired a talented young scholar, Decker Eveleth, as a summer nonproliferation fellow and asked him to map out the order of battle for the People’s Liberation Army Rocket Force, which controls China’s land-based nuclear-armed missiles.

I contacted Decker and suggested he take a look. China has previously built a number of different missile silos at a training area near Jilantai in Inner Mongolia. Decker decided to look for similar structures in remote areas of China. I arranged for him to access satellite images taken by Planet. And off he went.

As the Washington Post reported on Wednesday, in the desert of China’s Gansu province, outside a small city called Yumen, Decker found a large number of structures that were identical to the ones housing missile silos at Jilantai. But while Jilantai has only 16 of each structure—which I lovingly call a Bouncy House of Death because it appears to be an inflatable structure—the site near Yumen has nearly 120. (Specifically, 119 by Decker’s last count. We’re counting again.) These silos are probably for China’s newest nuclear-armed missile, the DF-41.

Given that China has a force of only about 100 ICBMs, seeing another 100 or so silos under construction was jaw-dropping.

The site itself is enormous—more than 700 square miles. There are the silos. There are also underground bunkers being built that may function as launch centers, with trenches carrying cables to 10 different silo launchers. There are roads and a small military base. The scale of construction is startling, and China broke ground on the site only a few months ago, in February.

As seen on June 28. Inset is a similar structure at the Jilantai missile training area. 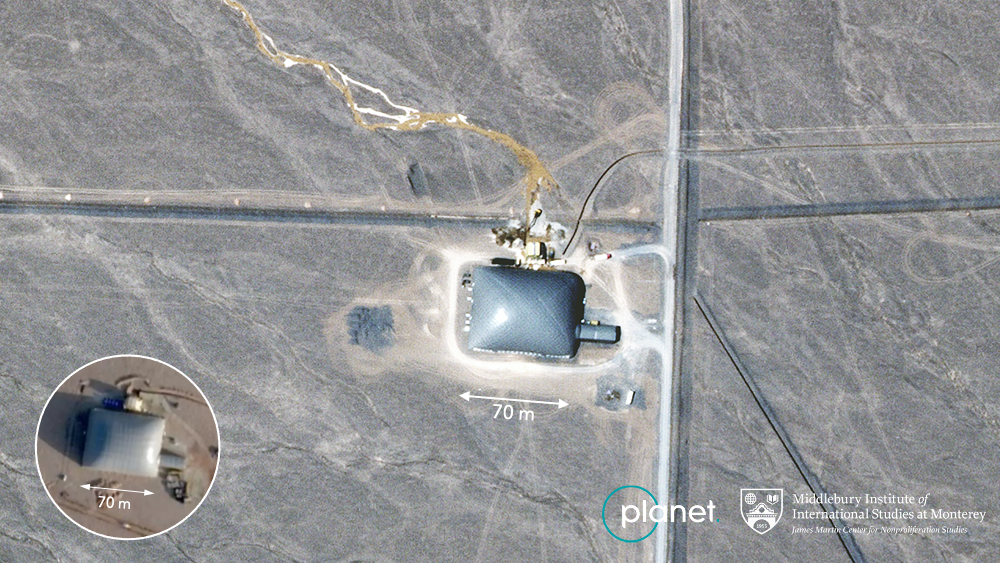 Now, it is important to say that 120 silos does not, necessarily, mean 120 new missiles. Silos are a strange choice because they are easy to find and can be targeted by modern missiles that are very accurate. One solution to that vulnerability is to build more silos than missiles. This is what the United States planned to do with the MX missile in the 1970s—to build 23 silos for every one MX missile, shuttling the missiles among them to force the Soviets to target them all. The plan later changed to horizontal storage, but silos were definitely considered. This scheme was called, charmingly, the “shell game.”

We know China considered adopting a similar plan of its own for its first silo-based missiles in the 1980s before choosing to build a small number of decoy silos. And the layout of the Chinese site strongly resembles the layout that the United States planned for the shell game, although construction is far from finished at the site.

So while it might seem that 120 silos means 120 missiles, it could very easily be 12. We just don’t know. And even if China were to deploy only a handful of missiles, its forces could over time grow into the silos.

The lesson of the Cuban missile crisis was a counterintuitive and initially unpopular idea: arms control. We didn’t like the Soviets, and we certainly didn’t trust them. But we also shared one very important interest: We did not want to die in a nuclear war and needed each other’s help to avoid that.

A cut-and-cover underground facility under construction on June 29. Ten trenches are visible in satellite imagery, each leading to a single silo launch site. 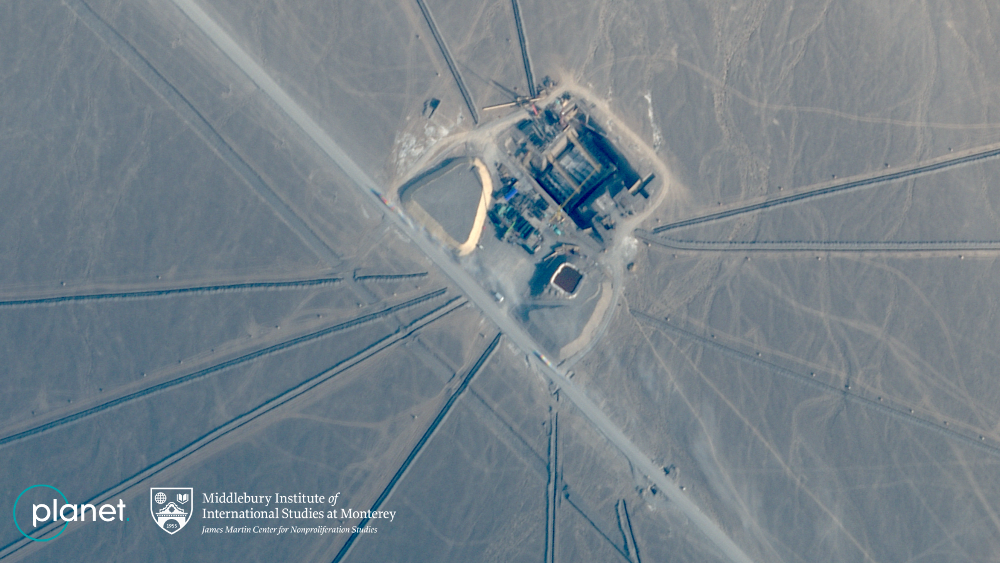 So why are we insisting on relearning this lesson the hard way? Why have we allowed the bilateral arms control process to stagnate? And why have we been unable to entice China to join negotiations?

Russia and China have consistently made clear that they are not interested in significant arms control without real limitations on U.S. missile defenses. Both countries have made clear that, in large part, their nuclear modernizations are organized around the task of creating a survivable retaliatory force that can’t be wiped out by some combination of U.S. offensive systems, backed up by defenses to mop up any survivors. Neither country is willing to limit or abandon the systems it is developing without a corresponding limit on the U.S. defenses they are designed to defeat.

Of course, Russia and China have gone about this task in different ways. For Russia, the search for survivable, retaliatory forces has led it to test exotic, science fiction-like systems like nuclear-powered cruise missiles and doomsday torpedoes. For China, it means increasing the number of nuclear weapons that can reach the United States, including the missiles sitting in those silos in the Chinese desert.

Yet just because limiting defenses is politically impossible, that doesn’t make doing so any less necessary. There are all sorts of problems, from climate change to school shootings, that we know how to solve but choose not to because what is necessary is also too hard. We’ve decided it would be impossible or because Republicans would never agree to it or it would be dead on arrival in the Senate.

We can choose to do that with nuclear weapons, too. We can decide that the arms race is just too hard and just try to muddle through. We can wait to learn our lesson, as policymakers did after the Cuban missile crisis. Or never at all, as we did after Sandy Hook. It’s up to us.