Poll: China’s Influence Is Not Inevitable

A new survey shows Beijing’s foreign aid footprint has grown, but it falls short in other areas. 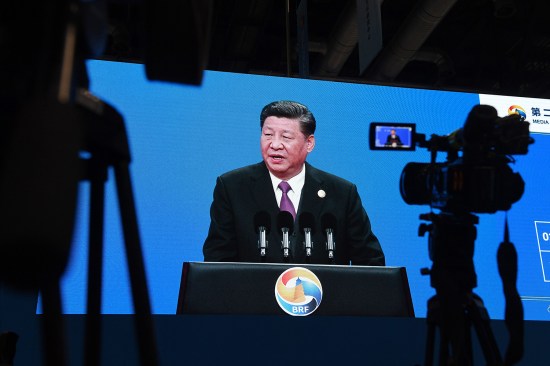 Chinese President Xi Jinping speaks at the opening ceremony of the Belt and Road Forum in Beijing on April 26, 2019. GREG BAKER/AFP via Getty Images

Chinese President Xi Jinping speaks at the opening ceremony of the Belt and Road Forum in Beijing on April 26, 2019. GREG BAKER/AFP via Getty Images

These statements speak volumes about how the United States, its allies, and China deploy foreign aid to advance national interests and win friends abroad. But how do these overtures translate into influence and partnership with foreign leaders and publics?

In June, AidData, a research lab at the College of William & Mary’s Global Research Institute, published the results of a survey of public, private, and civil society leaders from 141 countries who were asked to identify which foreign actors they had worked with and how they would rate their influence and helpfulness. The results we report below are based on the responses of 6,807 leaders who shared their views between June and September 2020, as compared to a previous AidData survey in 2017.

Respondents reported that China was an undeniable force in shaping domestic policies in their countries; it eclipsed all but one G-7 economy in our list of the most influential development partners. But the surveyed leaders were mixed as to whether China’s influence was a net positive or negative for their countries. Ultimately, leaders consider China when they set priorities, but in translating policy agendas into action, they still more often turn to intergovernmental actors or to G-7 partners. China’s ability to reshape international norms, win support for alternate models of development, or displace status quo power is not fait accompli.

China has cemented its status as a global player in foreign aid.

In a speech marking the 100th anniversary of the Chinese Communist Party on July 1, Xi highlighted development assistance as essential to China assuming its rightful place as a global power after a century of humiliation—the period of foreign occupation from the Opium War around 1840 through 1949. This wasn’t empty rhetoric: Our survey results underscore that Beijing has doubled down on its efforts to position itself as a preferred partner to leaders in low- and middle-income countries.

In line with its Belt and Road aspirations, China has expanded its global footprint in foreign aid in recent years. In 2020, it rivaled G-7 economies such as Canada and France in both the percentage of respondents (15 percent) and the number of countries (113) that reported receiving its advice or assistance between 2016 and 2020. It lagged behind the United States, Japan, the United Kingdom, and Germany, which each worked with between 20 and 40 percent of leaders.

Since 2017, China grew its reach with an additional 52 countries, suggesting this status quo could easily change in the future.

Who are the top foreign-aid influencers?

For the first time, China joined the top 10 most influential development partners, ranking eighth with respondents and jumping 13 spots since 2017. Seventy-six percent of leaders who reported receiving Beijing’s advice or assistance rated it as influential in shaping their development priorities. China outperformed all G-7 countries except for the United States, which ranked third. Nevertheless, trusted multilateral organizations such as the International Monetary Fund and the World Bank still rose to the top of the influence rankings.

What accounts for this rapid rise? Beijing has taken steps to reform and professionalize its foreign aid apparatus, most notably through the creation of the China International Development Cooperation Agency in 2018, which could have aided its performance.

However, the survey responses provide an alternative narrative. China’s influence appears to be highly connected to the power of its purse: 36 percent of respondents attributed its influence to its economic or political importance on the global stage, and 28 percent pointed to its resourcing of specific programs or policies.

Leaders may view external influence positively if it helps them advance policy agendas or adopt a development model desirable for their country. But they may view this influence negatively if it is coercive in extracting concessions or working against their interests. Respondents generally viewed their development partners’ influence positively, but less so in the cases of China and France. Japan was the G-7 representative viewed most positively.

Adjusting the above influence scores to account for leaders’ positive or negative perceptions, China slipped nine positions to 17, lagging behind the United States, the United Kingdom, and Germany. These results may signal the limits of China’s influence if leaders perceive that its assistance implies a quid pro quo or have mixed feelings about the opacity of China’s overseas lending. Respondents demonstrated a strong preference (+10 percentage points) for projects that required public disclosure of the aid agreement terms over those that did not.

Although respondents often reported the most influential development partners as among the most helpful, that was not the case for China. Respondents ranked it as the 32nd most helpful development partner in implementing reforms, surpassing Canada, France, and Italy. But Beijing was noticeably absent from the club of most helpful donors in all sectors and regions. Intergovernmental organizations such as the World Health Organization, the World Bank, and the European Union, along with the United States, earned consistently high marks for being among the most helpful partners in nearly all sectors and geographic regions.

Given that these respondents have the power to shape both the trajectory of their countries’ development and their relations with foreign powers, the survey results have a few important takeaways beyond development cooperation.

First, China’s economic clout affords it a seat at the table when countries set their policy priorities, which could have repercussions for prevailing international norms. Second, although China is unlikely to displace U.S. influence in the near term, middle powers—such as Germany, Norway, and Sweden—may find their voices diluted by the intensifying competition. But if China is to successfully usher in a new form of international relations, as Xi predicts, it will have to overcome a perception that its influence is a double-edged sword.

Rodney Knight is deputy director of research at the AidData project at William & Mary.

Amber Hutchinson is a junior data analyst at the AidData project at William & Mary.

Vera Choo is a junior data analyst at the AidData project at William & Mary.

The Long and Infuriating History of Bad Olympic Bosses

Can the World Avoid War in Cyberspace—and in Space?