Cuba’s Shockwave From the Street

The highlights this week: How a remarkable moment of nationwide protest might change Cuban politics, the United States-Mexico-Canada Agreement sees its first labor dispute resolution on its first birthday, and Washington ramps up vaccine diplomacy in the region.

The highlights this week: How a remarkable moment of nationwide protest might change Cuban politics, the United States-Mexico-Canada Agreement sees its first labor dispute resolution on its first birthday, and Washington ramps up vaccine diplomacy in the region.

On Sunday, Cuba witnessed its largest anti-government protests in decades.­ The events represent both a glimmer of possibility for the country—a digitally connected, cross-class, nationwide group mobilized for change—and the enduring power of its authorities to repress dissent. In response to the demonstrations, at least 136 protesters were reportedly arrested, one killed, and mobile internet service across the island was shut down for days.

Chief among the protesters’ demands were calls for food and political freedoms. Food and medicine shortages in Cuba are widespread as the country experiences its worst economic contraction since the fall of the Soviet Union.

Even before the pandemic, authorities were struggling to adapt to the recent collapse in Venezuelan oil production and the toughest U.S. economic sanctions in decades, imposed by the Trump administration beginning in 2017. The government also enacted a painful currency reform in January, causing prices to soar. Some economists project inflation could exceed 400 percent this year.

This collective economic stress has contributed to sharpened popular critiques of the Cuban government in recent months, such as in a viral protest song released by a group of artists in February. But Sunday’s protests were unique in that they were spontaneous—prompted by electricity blackouts—and appeared to include many people less accustomed to overt anti-government activism.

President Miguel Díaz-Canel immediately responded by calling for government supporters to violently confront protesters in the streets, earning condemnation from human rights organizations and some foreign governments, including the United States. But several high-profile political actors in Latin America chose not to speak up—or even voiced support for the Cuban government—underscoring a hypocritical streak on the Latin American left regarding tolerance for human rights violations perpetrated by allies.

Cuba’s regional backers. While Venezuela’s financial patronage of Cuba has diminished in recent years along with its oil output, many high-profile leftist politicians in the region lend the Cuban government legitimacy through words of support.

After Díaz-Canel squarely blamed the U.S. embargo on Cuba for the island’s woes, former Brazilian President Luiz Inácio Lula da Silva echoed his remarks in a tweet Tuesday, adding, “You didn’t see any soldiers in Cuba with their knee on a Black man’s neck.” In a Chilean presidential primary debate Sunday night, leftist front-runner Daniel Jadue said that in Cuba, “they protect demonstrators much better than here.”

These comments stand in sharp contrast to the positions of Lula’s and Jadue’s political camps in the 1980s, when they welcomed foreign criticism of dictatorships in Brazil and Chile. In fact, international pressure was among the reasons those dictatorships eventually fell.

Notably, some other leftists in the region took a different line, including Jadue’s opponent Gabriel Boric, who voiced solidarity with the Cuban demonstrators.

The U.S. embargo. Among the sanctions that former U.S. President Donald Trump placed on Cuba was a severe restriction on remittances, which blocked an estimated $3.5 billion from flowing to the island annually. Trump’s travel restrictions to Cuba, meanwhile, depressed tourism revenue even before the pandemic. Though President Joe Biden said during his campaign that he would undo Trump’s Cuba policies, he has so far left them in place.

While U.S. economic sanctions are far from the only reason for Cuba’s economic woes, lifting the Trump-era restrictions could be straightforward step by the United States to help the Cuban people. U.S. House Foreign Affairs Committee Chair Gregory Meeks is among those calling for the relief.

“Policies that continue to compound the personal and economic hardships of the Cuban people, far from strengthening their ability to make demands of their government, further increase civilian dependence on the state for basic needs,” wrote the Cuba Study Group, a coalition of business and community leaders of Cuban descent, on July 14.

The July 11 generation? The Cuban journalist Abraham Jiménez Enoa wrote in the Washington Post that “the game has changed” after Sunday’s protests, as Cubans moved “from complaining in whispers inside their own houses and nodding in the streets to taking real action.”

The growth of internet access in Cuba since 2015—and mobile internet access since 2018—means the activists are more capable of connecting with each other, and lending momentum to their causes, than in the past. Some well-known artists who previously avoided criticizing the government, such as Leo Brouwer and Los Van Van, are now doing so online.

Still, the repression Cubans face is heavy. Many spent this week struggling to get information on family members who had been detained since Sunday. But if similar mobilization continues, it could become a means of earning concessions from the government.

As one modest example, Díaz-Canel announced Wednesday that Cuba would temporarily lift duties on food, medicine, and personal hygiene products brought by travelers to the island, one of protesters’ many demands.

Tuesday, July 20: The U.S. House Foreign Affairs Committee’s subcommittee on the Western Hemisphere holds a hearing about Cuba’s protests and the crackdown on free expression.

Haiti’s assassination mystery. In the search for those behind the assassination of Haitian President Jovenel Moïse last week, authorities have arrested at least 18 retired members of Colombia’s armed forces—some of whom previously received U.S. military training—and five Haitians, including a former rebel leader, the owner of a security company, and a pastor.

While the details of the plot are still under investigation, the alleged use of former Colombian soldiers as mercenaries was unsurprising to observers. Elite Colombian troops, trained over the country’s half-century of conflict, can retire as early as their 40s and are frequently hired as private military contractors in the Middle East and elsewhere. 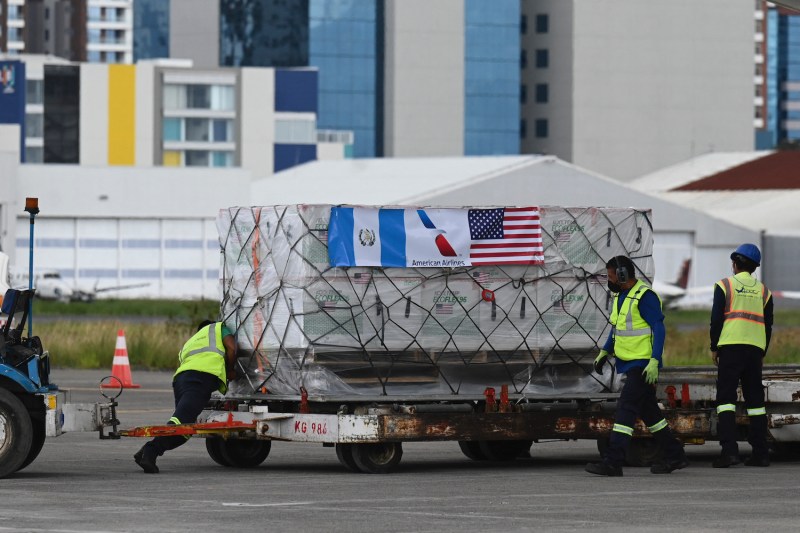 Airport employees unload a batch of 1.5 million doses of the Moderna COVID-19 vaccine donated by the United States in Guatemala City on July 8.JOHAN ORDONEZ/AFP via Getty Images

Electric cars in Bolivia. The Bolivian government issued a decree that establishes tax incentives for the manufacturing and import of electric vehicles and requires the state electricity company to install the country’s first charging stations for electric cars within 90 days.

Chilean animation rising. Five Chilean animated films are on display at this year’s Cannes Film Market, the business counterpart of the Cannes Film Festival where moviemakers seek distributors for their projects.

Chile’s animation ecosystem has grown in recent years and is also currently being celebrated at this year’s Chilemonos animation festival, which runs through July 25 and offers free online workshops and talks by leading animators. Chilemonos is the only Academy Award-qualifying event for animated short films in Latin America.

As in Cuba, many families across Latin America have struggled to afford food amid the economic shock of the pandemic.

In a recent study, the U.N. Food and Agriculture Organization found that Latin America was the region where the combined level of moderate and severe food insecurity rose the most between 2019 and 2020. The figures were calculated via a survey that included questions on how often people skipped meals, ran out of food, or ate less than they thought they should due to lack of resources.

Which Latin American country sold the most electric cars in the first quarter of 2021?

In Focus: The New NAFTA Turns One 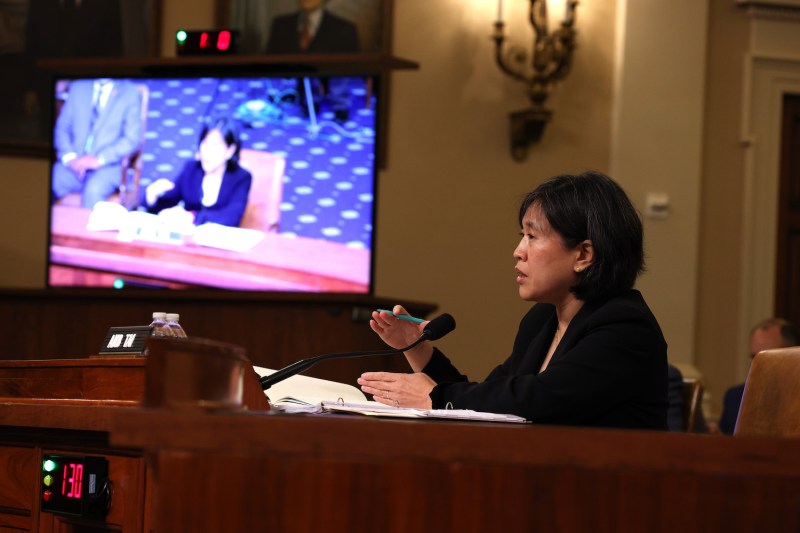 U.S. Trade Representative Katherine Tai speaks during a hearing with the House Ways and Means Committee at the U.S. Capitol in Washington on May 13.Anna Moneymaker/Getty Images

One year after the implementation of the United States-Mexico-Canada Agreement (USMCA)—which replaced the 1994 North American Free Trade Agreement—the United States and Mexico announced their first resolution to a labor complaint.

While the pandemic and a change in U.S. presidential administrations meant the treaty was somewhat slow-moving during its first year, USMCA’s architects maintain that this so-called course of labor remediation is proof of its strength.

The complaint. In May, the United States inquired to Mexico about the potential violation of free association rights at a General Motors plant in the state of Guanajuato. There, leaders of a union that long controlled worker contracts were accused of tampering with a vote to approve the collective bargaining agreement they negotiated. Low-wage contracts signed behind workers’ backs between unions and bosses are common in Mexico.

After reviewing the complaints, the United States and Mexico agreed the vote must be redone by Aug. 20 in the presence of federal labor inspectors and observers from Mexico’s national electoral institute and the International Labor Organization (ILO). The proposed contract must be published 15 days before the vote.

The complaint was addressed through a USMCA mechanism called “rapid response,” which aims to be not just quick but effective.

Writing in Foreign Policy when USMCA was undergoing approval in January 2020, the trade experts Beth Baltzan and Jeffrey Kucik pointed out that, though many countries have signed up to protect labor rights at the ILO, those obligations have historically been difficult to enforce. As a result, the United States has used bilateral treaties to give some labor rules teeth.

A model for future deals? Trade analysts caution that USMCA is still in its early days. But on the Americas 360 podcast, the Wilson Center’s Christopher Sands said the treaty, with its emphasis on supply chain transparency and environmental impact, has the potential to model an alternative to commercial standards set by China. U.S. Trade Representative Katherine Tai has said USMCA has the “strongest labor and environmental standards in any agreement ever.”

“Let’s see now how it goes from south to north, and not only from north to south,” former Mexican economic affairs officer Antonio Ortiz-Mena told Politico.

According to Colombia’s National Association for Sustainable Mobility, 333 totally electric vehicles were sold in the country in the first quarter of 2021, compared with 217 in Chile and 211 in the Dominican Republic. A tally by Diálogo Chino found that Colombia has the most electric vehicles on the streets of any country in Latin America.