The highlights this week: Devastating floods hit central China, the #MeToo movement gets a boost as a major Chinese star falls, and the Microsoft Exchange hack heats up the long-running data wars.

The highlights this week: Devastating floods hit central China, the #MeToo movement gets a boost as a major Chinese star falls, and the Microsoft Exchange hack heats up the long-running data wars.

The Chinese province of Henan has been hit by record rainfall and widespread flooding, especially the provincial capital of Zhengzhou, which has seen torrential storms since Monday. At least 25 people have died, according to official reports, and the number is likely to grow considerably larger.

Previous flooding in Chinese cities, such as the devastating storms in Beijing in 2012, have often been connected to inadequate and outdated drainage systems. As Zhengzhou expanded, flood peaks increased by as much as 30 percent. But Zhengzhou has spent heavily on upgrading its drainage as part of the “sponge city” concept established in China in 2014, which looks to absorb and recycle large amounts of water. The system seems simply to have been overwhelmed by the sheer volume of rain; the city received its usual annual rainfall in the space of three days—roughly 30 times the normal amount for the season. Nearly 8 inches of rain fell in a single hour alone.

Social media was considerably ahead of official announcements in revealing deaths from the flooding, despite posts being removed by censors. Videos of dead bodies on subway platforms went viral, as did terrifying images from inside the flooded subway trains. Zhengzhou’s subway system, which is only eight years old, was completely submerged. Ordinary citizens rallied to try to save their fellow residents, while rescue teams were dispatched from other cities and provinces.

Damage from the floods is likely to run into the billions of dollars. Power is out in much of the city, and key components of supply chains, including Apple and Nissan factories, have been wrecked. Tens of thousands of cars were washed away by the flooding. Local dams are threatened by the waters: At least one has been deliberately breached as part of flood control, while others are in danger of collapse.

China’s second-worst modern peacetime natural disaster, after the Tangshan earthquake of 1976, came in 1975, when over 170,000 people drowned or died of starvation in the aftermath of the Banqiao Dam collapse. The country has always had severe flooding, and hydrological control was a key part of imperial rule. (The German sociologist Karl August Wittfogel famously argued, in 1957’s Oriental Despotism, that it was the underlying factor behind Asian governance, an argument heavily disputed by area specialists.) But last year’s flooding was already the heaviest and most deadly in decades, causing a wave of poorly sourced rumors that the controversial Three Gorges Dam was in danger of collapse.

Chinese media discussion has generally steered away from drawing attention to climate change as a factor, however. The Chinese government endorses the reality of climate change and now censors denialists, but coverage generally focuses on defense of central policies. The authorities dislike public-led environmental movements that, before leader Xi Jinping’s crackdown on civil society, were often drivers of protests.

Chinese megastar accused of abuse. Massively popular singer and actor Kris Wu, 30, has been accused by a 19-year-old university student, Du Meizhu, of abusing her and other teenage girls. In her open letter, Du described Wu as a serial predator of teenage girls, including accusations of drug-aided rape that would open him up to criminal charges. (China’s age of consent is 14, rendering statutory rape charges impossible in this case.)

Wu has been a star since 2012, when he debuted in the Mandarin spinoff of the K-pop group Exo, going on to become a movie and TV star as well. The letter had an immediate impact, and both state media and private companies have moved to condemn and drop Wu, who has already lost numerous contracts. This probably represents not only the severity and credibility of the accusations but also the turn against the privately wealthy, shifting from the tech sector to celebrities more broadly.

Previous victims of alleged abuse have often been censored, faced defamation charges, and got little traction in media. But feminist activists have worked steadily to try to open up space online, despite strong government pushback. In posts yesterday and today, Du hinted at facing threats.

Du’s letter was artfully crafted, representing her understanding of both the political environment and of the way other victims have been stigmatized. She made a point of emphasizing her own “good family background” and that she had a personal allowance of 10,000-20,000 yuan a month, around $1,500 to $3,000, in order to avoid accusations of attempting to extort Wu.

She also hit key phrases for the current moment, such as calling out the entertainment industry’s “profit-chasing capitalism being a distortion of fan culture,” language used in the government’s own crackdown. Wu was born in China but moved to Canada aged 10, and Du picked up on ethnonationalist sentiments by saying, “You don’t deserve to be in this land, you’re a Canadian” and demanding he find a way to “extract the COVID vaccine, this was made in China, you’re not worthy to have it.”

State media picked up on this tone, with China News Weekly saying, “Even though he’s a Canadian, China has jurisdiction.” Many other stars have partially foreign backgrounds and have been forced into performative patriotism to defend themselves politically.

Family planning limits completely lifted. The family planning authorities announced they would no longer fine couples for having any number of children, representing an expansion even beyond the three-child policy announced earlier this year. China is facing a serious demographic crisis, with births falling by 15 percent last year—as well as a struggle to educate a workforce in which 70 percent of laborers didn’t graduate high school. But it’s likely that the existing family planning bureaucracy, which is huge, will be regeared toward enforcing newly natalist policies—hopefully focusing on child support rather than reproductive restrictions.

Lithuania backs Taiwan. Taiwan has opened a de facto embassy under its own name in Vilnius, Lithuania, despite warnings from Beijing. Lithuania has taken a hard stance against China this year, pulling out of the 17+1 initiative between China and Central and Eastern European countries, and calling on others to abandon the group. That’s part of a general trend against Beijing in the Baltic states, which have relatively little trade with China and dislike its close ties with Russia; as small nations threatened by an expansionist neighbor, they also have a natural sympathy with Taiwan.

Microsoft Exchange attacks blamed on China. The Biden administration, backed by intelligence reports, has accused Beijing of being behind a massive attack on email servers through critical weaknesses in Microsoft Exchange. The Justice Department also announced new charges against Chinese security officers—a regular move for over a decade, albeit one that has never produced any actual convictions.

As Zach Dorfman reported for Foreign Policy in December, the data wars between Washington and Beijing have become one of the main drivers of political antagonism and decoupling. In 2015, Xi and U.S. President Barack Obama held talks in which a deal to avoid hacking was supposedly agreed; the United States has accused China of repeatedly violating this agreement, although it produced an initial drop in the volume of attacks.

The agreement now seems dead, and the United States has been publicizing past Chinese intrusions such as a large-scale intrusion into pipeline services in 2011-2013 that appears to have been preparation for potential sabotage. Thomas Reed, a former U.S. security official, claims the United States successfully conducted a similar operation in Siberia in 1982, using a Trojan horse to blow up a key pipeline.

Gaming companions. A fascinating piece depicts the world of China’s virtual companions (peiwan)—overwhelmingly young women who are paid about $3 an hour to play games online with men. Gaming has increasingly taken on a parasocial role in China, with guilds and other gaming social groups acting as a key part of friendships. But those spaces—even though somewhere between 40 and 45 percent of gamers are female—tend to be male-dominated, and women often avoid voice chat or otherwise revealing their gender because of harassment and misogyny.

Kodak and Xinjiang. Kodak has apologized profusely to the Chinese government after posting images of atrocities in Xinjiang on its Instagram account. This may not be a wise move: Companies are likely to start facing both reputational and legal ramifications from the United States for involvement in Xinjiang. New reporting from BuzzFeed shows that China’s network of prisons and other detention facilities can hold at least 1 million people in Xinjiang—and given the overcrowding reported by former inmates, probably considerably more. 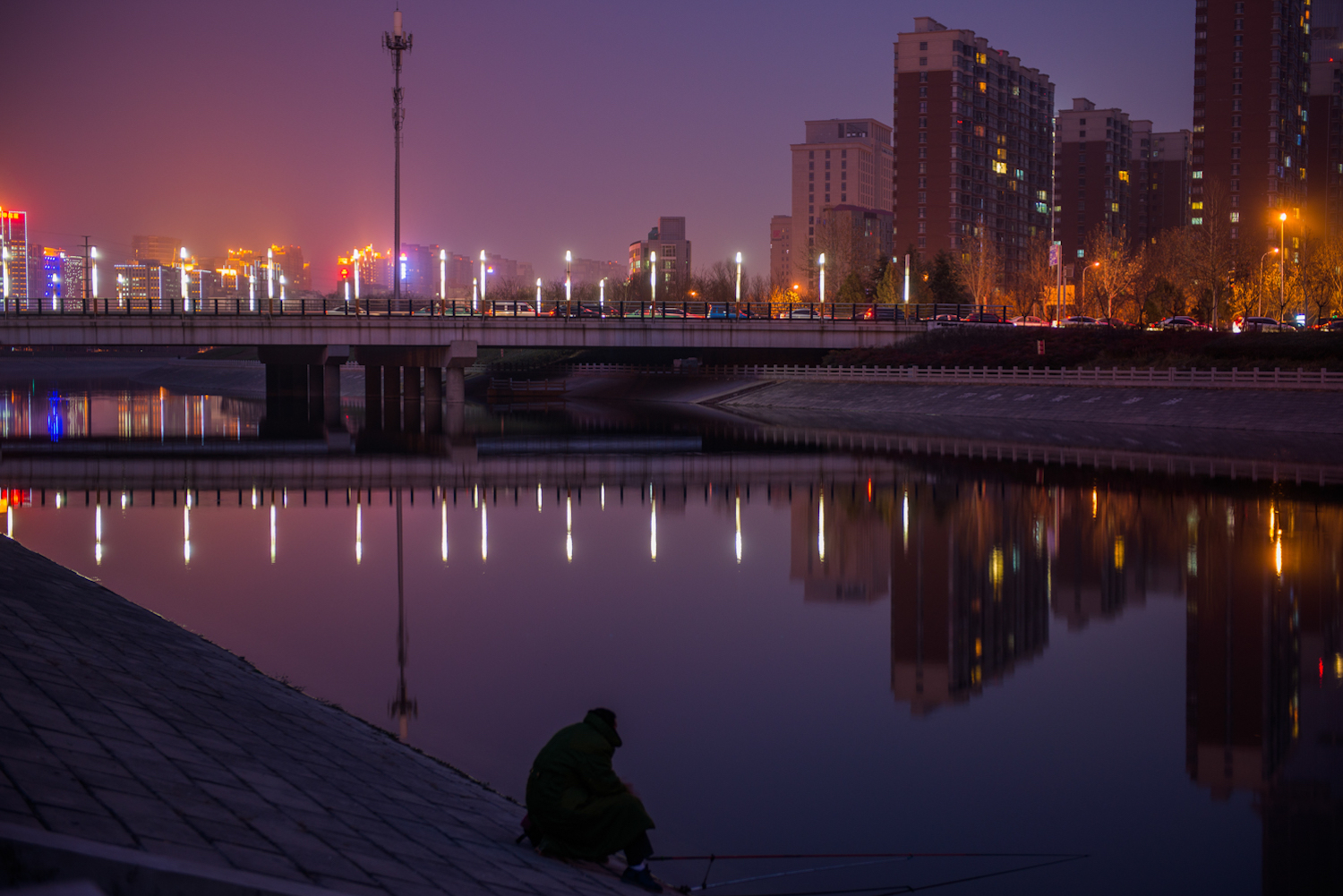 Zhengzhou, the capital of Henan province, sits in the heartland of China: the central valley around the Yellow River that birthed ancient civilizations such as Erligang over 3,500 years ago. But today, Henan is one of the poorer provinces of eastern China, and Henanese are often the targets of discrimination.

Henan’s propensity to natural disaster—most recently the devastating flooding that has just hit Zhengzhou—and the Japanese invasion created waves of refugees throughout the rest of the country, especially as the Nationalist army deliberately breached the dikes around the Yellow River to attempt to slow down the invaders. Even today, cities like Xian still have “Henanese” areas populated largely by the descendants of those refugees. Many rural residents of Henan are still extremely poor, and for many years Zhengzhou had large numbers of organized beggars, including children, who would knock their heads violently on the ground in an appeal for donations.

Nevertheless, Zhengzhou is a thriving city—albeit with a relatively small international profile for its size. Apart from its archaeological history, it’s also famous for the nearby Shaolin temple, the birthplace of many forms of Chinese martial arts. Martial arts trainers proliferate near Shaolin, some of them con artists claiming a false association with the temple, which draws millions of tourists every year—and is now, like other religious organizations, emphasizing its patriotism.

NEW FOR SUBSCRIBERS: Want to read more on this topic or region? Click + to receive email alerts when new stories are published on China, East Asia

China Is Using Tibetans as Agents of Empire in the Himalayas

China Is Using Tibetans as Agents of Empire in the Himalayas