Some economists warn inflation is a ticking time bomb.

No U.S. president likes to be compared to Richard Nixon. But there is a low-level though persistent fear among observers that Joe Biden may be in danger of emulating the 37th U.S. president. They’re not concerned he’ll succumb to a scandal like Watergate, but that he’s unknowingly setting the stage for a devastating inflation similar to what Nixon put in motion in the 1970s.

No U.S. president likes to be compared to Richard Nixon. But there is a low-level though persistent fear among observers that Joe Biden may be in danger of emulating the 37th U.S. president. They’re not concerned he’ll succumb to a scandal like Watergate, but that he’s unknowingly setting the stage for a devastating inflation similar to what Nixon put in motion in the 1970s.

To be sure, almost no mainstream economist believes that is going to happen. But with inflation already surging beyond economists’ expectations, some are noting superficial similarities to that earlier era: massive government deficit spending on defense and huge social programs, a Federal Reserve possibly grown complacent about easy credit, and resurgent demand combined with supply reduced through shocks (the oil embargo then, COVID-19 shutdowns now).

A surprising 5.4 percent spike in the ​​consumer price index in June, the swiftest rise in 13 years, spurred so many fresh inflation fears that Biden felt compelled to talk them down at a news conference this week, saying, “We’re going to remain vigilant.”

Both the White House and Federal Reserve Chairman Jerome Powell have argued that prices will ease back on their own. But the question is whether Biden, like Nixon, is playing down the true inflation danger, says Jeffrey Garten, author of  the new book Three Days at Camp David: How a Secret Meeting in 1971 Transformed the Global Economy. Nixon made a “highly political” decision that unemployment was the greater danger to his reelection in 1972. Is Biden, contemplating 2024, doing the same now?

“The similarity with Nixon is this: Are they [the Biden administration] underestimating what it will take to deal with it if the diagnosis is wrong?” said author Jeffrey Garten.

“The similarity with Nixon is this: Are they [the Biden administration] underestimating what it will take to deal with it if the diagnosis is wrong?” Garten said. “Will they know far enough in advance so that some medicine works, or will they underestimate how long in advance they need to act in order to avoid more severe medicine?”

Adding to the general anxiety was a paper released last month by Deutsche Bank titled “Inflation: The defining macro story of this decade.” In it, the bank’s top economists warned that global economies were “sitting on a time bomb.” It may take until 2023, the economists said, “but inflation will re-emerge” and the Fed may not be prepared as it continues to chase “social goals” like increasing post-coronavirus employment. While such goals are “as necessary as they are admirable,” the economists argued, central bankers “must still prioritize inflation” to avoid a “significant recession” and “a chain of financial distress around the world, particularly in emerging markets.”

“There is definitely a risk that Biden is starting a spiral,” the Harvard University economist Andrei Shleifer said in an email. Shleifer cited the warnings of his colleague Larry Summers, the former treasury secretary who touched off the debate earlier this year when he warned that Biden’s ambitious and expensive recovery plans—combined with his programs to raise the minimum wage, step up regulation, and boost unions—could jump-start serious inflation. Summers said Biden could find himself in the same position as Jimmy Carter during his failed 1980 reelection bid, when he had to deal with the high inflationary era begun under Nixon and Nixon’s predecessor, Lyndon B. Johnson, whose spending on the Vietnam War and Great Society opened the door to the great ’70s inflation. 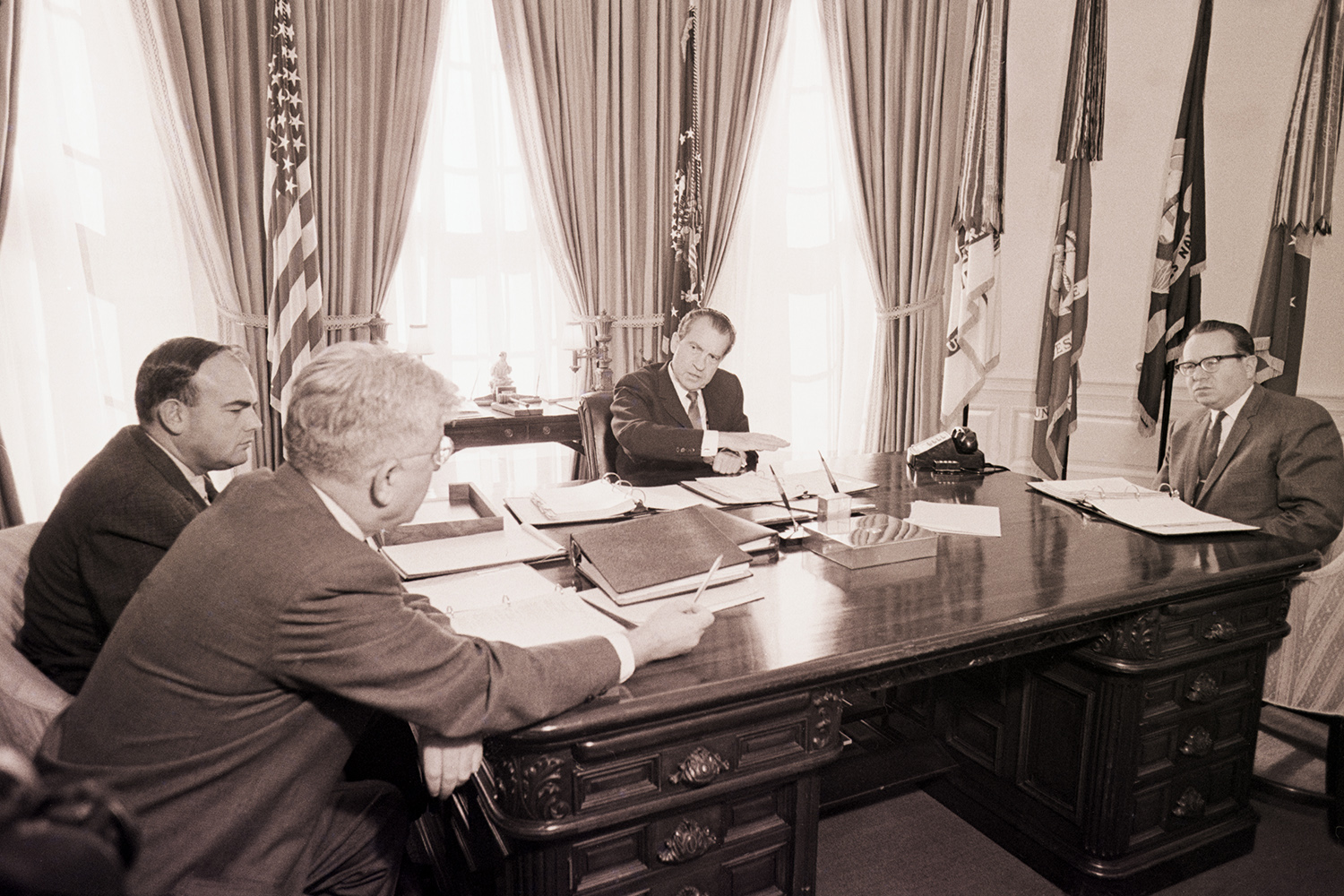 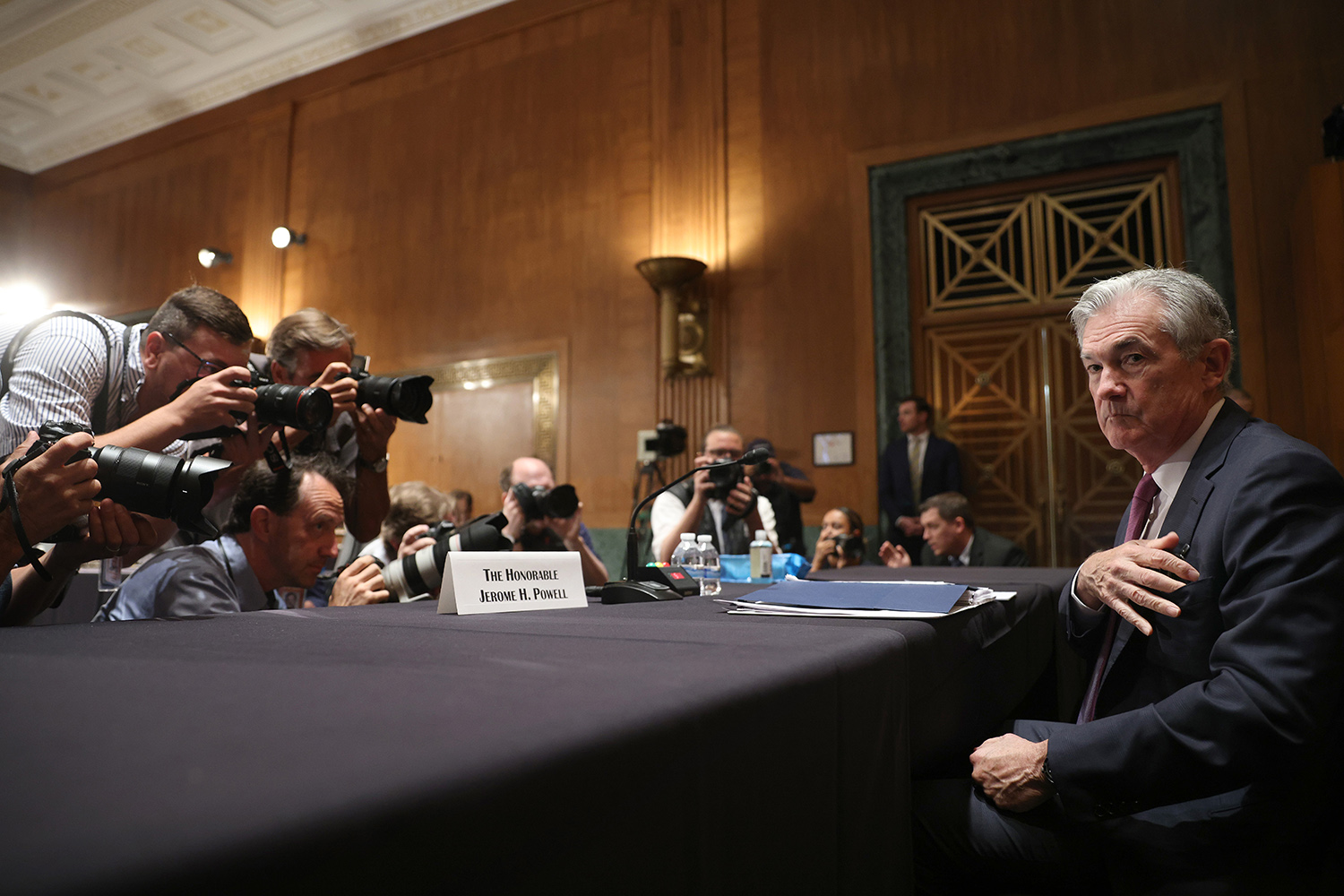 “As Summers says, we will have a fair amount of inflation this year,” Shleifer wrote in an email. “This will automatically lead to big raises for public sector employees, Social Security recipients, and everyone whose income is indexed. Presumably—though this is not certain—this will lead to increased wage demands from unionized workers, others who have some power over employers, etc. This is how a spiral starts.”

Most economists say fears of a rerun of 70s-style runaway inflation are unfounded for a wide variety of reasons. Concerns about COVID are reemerging, leading to new shutdowns of restaurants and businesses. Also, the bond market is signaling that it’s not very worried about inflation by keeping yields low. Another big difference from the ’70s is that the psychology is nowhere near what it was then in terms of inflationary expectations; most people still expect prices to stay stable, which means they’re not panicking by demanding higher wages and salaries. Even if they were, workers are not nearly as unionized as they were in the ‘70s and therefore are in less of a position to demand much higher pay.

New Treasury nominee hailed as the right woman for the moment.

“There are both similarities and differences between what happened in the 1970s and what’s going on now,” said Karen Dynan, a former Federal Reserve and Treasury official. “Periods of subpar economic activity can be caused by both supply shocks and demand shocks. … Right now, some sectors look like they are being held back by supply problems like bottlenecks and difficulty finding workers.” But she added that supply problems alone aren’t likely to produce sustained high inflation, “particularly if they are temporary as the ones we are experiencing right now are likely to be.”

Perhaps the biggest reason the 2020s won’t be a rerun of That ’70s Show, many economists agree, is that Powell’s Federal Reserve Board is very different from the one led then by Fed Chair Arthur Burns, who dramatically downplayed the danger of inflation for far too long and mistakenly opted for unworkable wage and price controls.

“An important difference is that we currently have a central bank committed to keeping inflation under control,” said Mark Gertler, an economist at New York University. “That was not the case back then. Nor do we face the kind of oil and commodity shocks that were prevalent in the ’70s. A persistent and uncomfortable uptick in inflation is certainly possible. I also think that if this uptick occurs the Fed will raise rates. In the end, chances of a ’70s-style inflation are remote.”

“I think that, this time, the Fed may be late in reacting but will eventually react to signs of persistent inflation,” said Olivier Blanchard, the former chief economist of the International Monetary Fund.

Olivier Blanchard, the former chief economist of the International Monetary Fund, said there may be too much complacency in Washington about inflation.  The Fed has grown so used to the deflationary impact of the pandemic and crises dating back to the 2009 Great Recession that it could wait too long. The risk, Blanchard said, is that by waiting “until they see high inflation in the eyes, they will do it late, and thus need a substantial increase in interest rates to get it under control” as inflationary expectations grow out of control.

But Blanchard also agrees that today’s Fed is much better attuned than the Fed of the 1970s. “I think that, this time, the Fed may be late in reacting but will eventually react to signs of persistent inflation,” he said.

The Fed is also far more dependable than in Nixon’s era. Powell was appointed by then-President Donald Trump, and while the Fed chair’s term ends in early 2022—meaning he might be tempted to curry favor with Biden in order to be reappointed—he has been praised for his independence. By contrast, Nixon relentlessly pressured then-Fed Chair Burns to keep interest rates low despite rising inflation, and Burns regularly gave in.

Even so, Summers, who has long sought the job of Fed chairman, is openly criticizing Powell’s Fed for being too slow to anticipate the new inflationary trends. At a May conference, Summers said the idea that Fed officials expect to keep rates at near zero well into the future approached “the edge of absurd.” “The Fed’s idea used to be that it removed the punchbowl before the party got good,” Summers said. “Now, the Fed’s doctrine is that it will only remove the punchbowl after it sees some people staggering around drunk.”

Joseph Stiglitz, a Nobel Prize-winning economist at Columbia University, said Summers’s worries were overstated. Powell’s Fed is in a much more powerful position if inflation does turn out to be significant, simply because it’s starting out at a nearly zero-rate boundary, Stiglitz said in an interview. It has nowhere to go but up—and at the first sign of a serious shift, inflationary trends could be stymied with a mild increase.

“With rates at zero, the Fed has enormous power. It’s never been in a position like this to offset inflation,” he said. “Anyway, zero interest rates are not healthy. I think it would be great to raise them a bit.”