Taliban Takeover Seen as a Boon for Human Smugglers

Along one part of the Turkish border, hundreds of new Afghan migrants show up every day.

VAN, Turkey—Six years ago, Mohammed made the long journey from Afghanistan to Turkey, spirited across borders by smugglers, including one he came to know as Murtaza.

Now, as the thousands of Afghans flee Taliban rule and try to find havens across the region, Mohammed is himself working as a smuggler on Turkey’s eastern border, alongside Murtaza.

At 21, slim and baby-faced, Mohammed remains an undocumented migrant in Turkey. In a country already teeming with refugees and plagued by an economic downturn, he says his employment options are limited. He’s trying to save money to start a life elsewhere in Europe, and he also supports his family in Afghanistan. 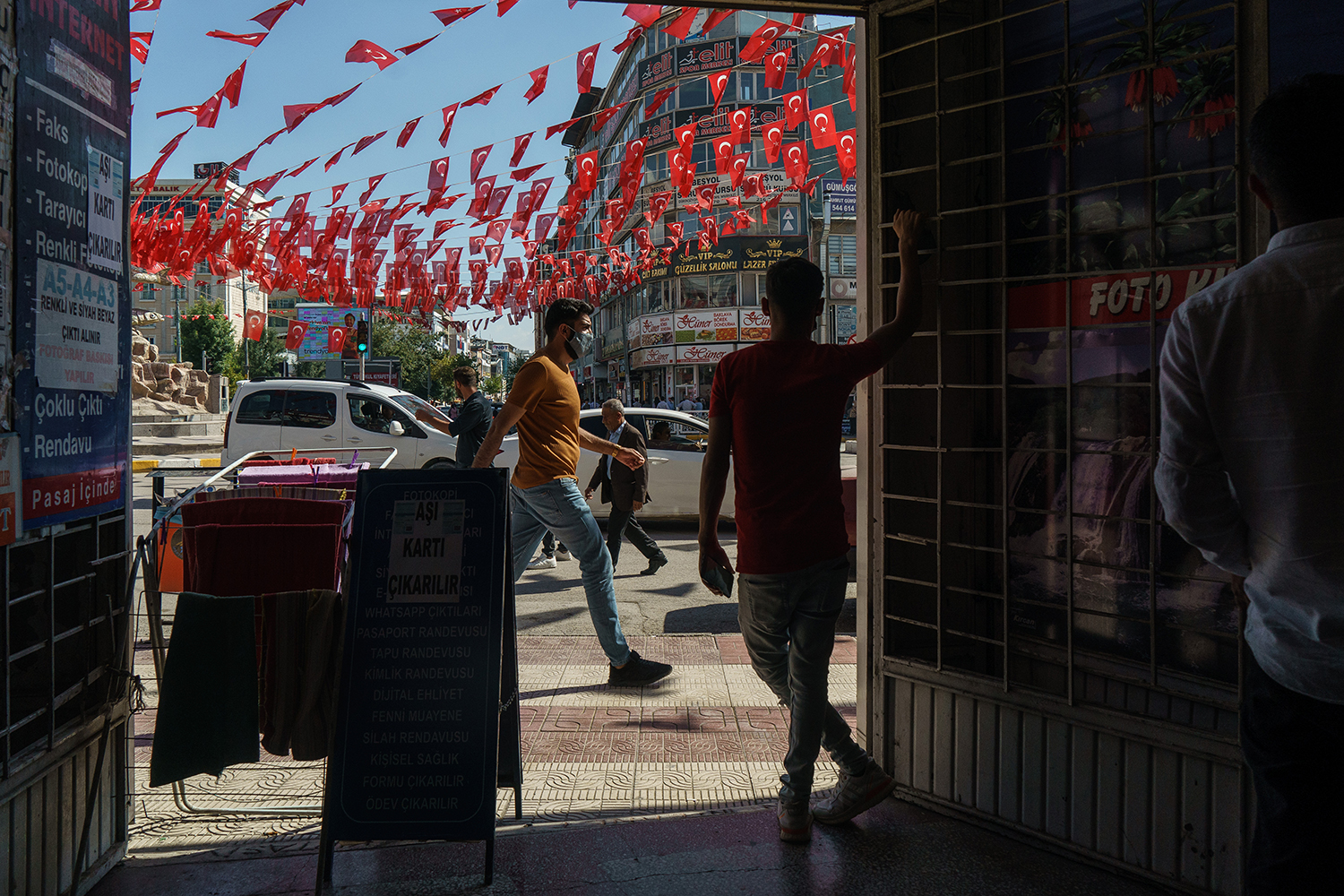 VAN, Turkey—Six years ago, Mohammed made the long journey from Afghanistan to Turkey, spirited across borders by smugglers, including one he came to know as Murtaza.

Now, as the thousands of Afghans flee Taliban rule and try to find havens across the region, Mohammed is himself working as a smuggler on Turkey’s eastern border, alongside Murtaza.

At 21, slim and baby-faced, Mohammed remains an undocumented migrant in Turkey. In a country already teeming with refugees and plagued by an economic downturn, he says his employment options are limited. He’s trying to save money to start a life elsewhere in Europe, and he also supports his family in Afghanistan.

“It’s not a good job, but I really want to help people. I would prefer it if Afghanistan were to become safe. Then I would have no business, but I could go home,” he said at the safe house he helps oversee in the town of Van.

Two decades of U.S. involvement in Afghanistan came to an end this week as the Taliban took Kabul and cemented their hold over the rest of the country. 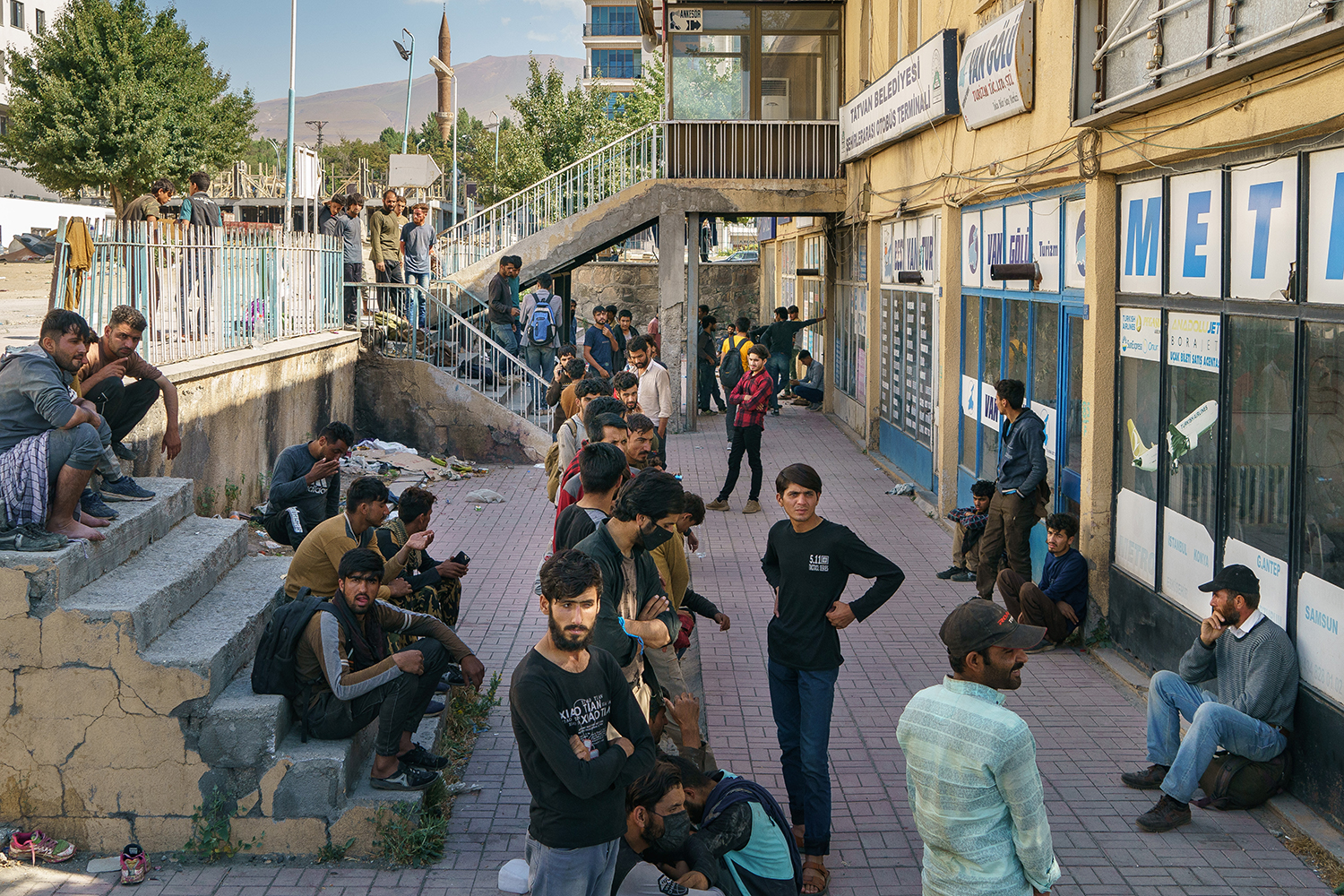 Afghan migrants wait in an abandoned bus station in Bitlis, Turkey, to be transported to other cities July 9. Emre Caylak/For Foreign Policy

Thousands of Afghans have already fled, fearing retribution by the Taliban, and many thousands more are trying to leave. In Turkey, which already hosts some 4 million refugees, mainly from the conflict in neighboring Syria, the crisis is reigning a debate about migrants.

While most Afghans end up in neighboring Pakistan or Iran, Turkey is seen as a better destination for employment opportunities and as a potential conduit to Europe.

Smugglers in Turkey say they have seen an uptick in business since U.S. President Joe Biden announced the troop withdrawal in April. An estimated 500 to 2,000 Afghans have been entering Turkey through this part of its eastern border with Iran every day, according to local media.

After Afghanistan Collapse, Iraqis Fear They Could Be Next

Expedited Visas for Vulnerable Afghans? Many Have Been Waiting for Years.

Why the special immigration system is broken.

Legislation passed in the wake of the Vietnam War could provide a blueprint for today’s policymakers.

Mohammed, who did not want his full name published for fear of trouble from Turkish authorities, is from Imam Sahib in Afghanistan’s northern Kunduz province. He said his brother had worked for the U.S.-backed Afghan government and was detained by the Taliban in recent days.

Mohammed worked in farming in Turkey but made considerably less than what Murtaza pays him—the equivalent of $300 a month.

He and other young men who work for Murtaza transport Afghans from Iran into Van and then on to other cities in Turkey as part of a chain of separate but interlinked smugglers that begins in Afghanistan. Though increased police operations in Turkey in recent weeks have hampered their work, the smugglers said thousands of people are waiting in Iran to cross the border. 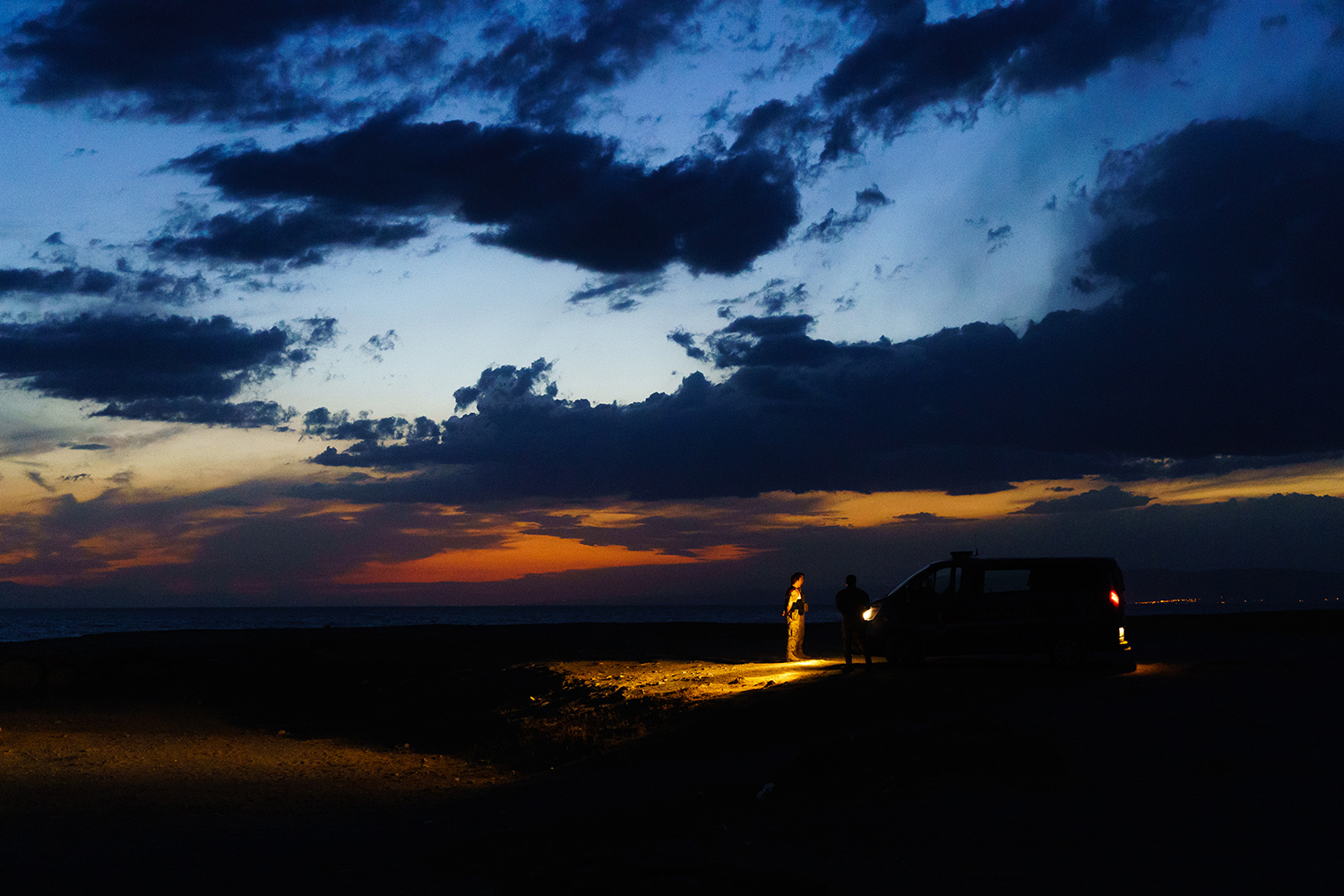 The Jandarma, or military police, keep watch in an effort to stop smuggling in Van, Turkey, on Aug. 5. Emre Caylak/For Foreign Policy

On Tuesday, police raided two apartments in Van and detained more than 100 Afghans and one smuggler. Earlier this month, 300 mostly Afghans were found hidden inside a truck in the same province.

“The police are too much now, they are looking for refugees on the streets,” Mohammed said, showing a video sent to him over WhatsApp of police detaining Afghans in Istanbul’s Taksim Square. “But if there were no police taking money, you wouldn’t see refugees here.”

Mohammed said Murtaza pays border guards thousands of liras through a middleman to allow caravans of migrants through. The police call and give them a time and a place where they can avoid border patrols, but they can’t give their migrants immunity against arrest, he said.

“Police up the hill on the border take the money and close their eyes, while the ones downhill in Turkey will arrest arrivals,” he said.

In a separate interview, Murtaza said he had been a smuggler for 25 years and works in the tourism industry as well. He said police partner with smugglers to allow migrants into the country, otherwise the business “would not be possible.” (Turkish officials did not respond to a request for comment).

“On both sides of the border there are tribes and families who run [smuggling] operations. There is poverty in this city, and everyone has jumped into this industry,” Murtaza said. Turkey plans to build a 183-mile border wall, but Murtaza said the villagers would resort to digging if they have to. 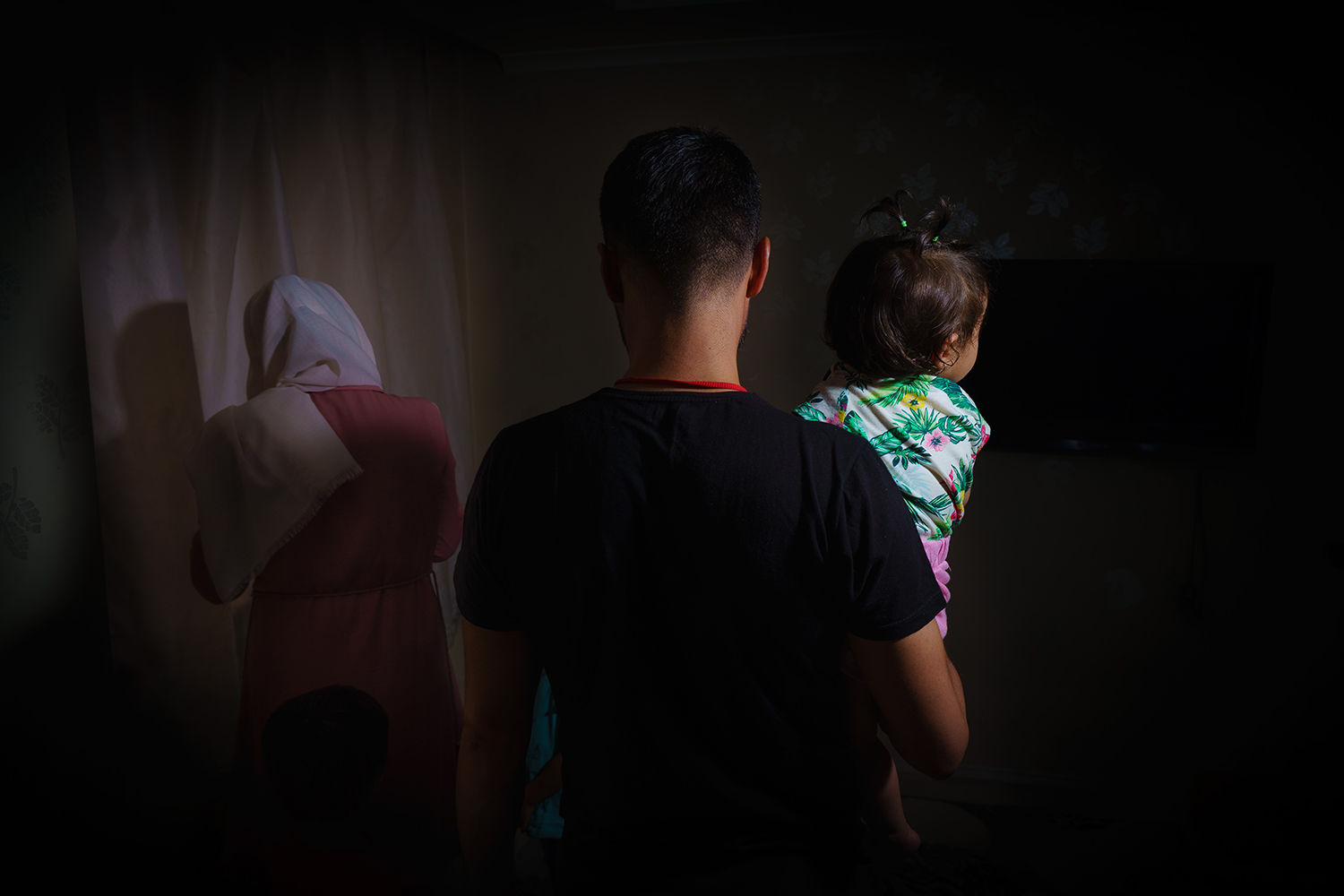 An Afghan family waits in a smuggler’s safe house in Van, Turkey, before trying to travel illegally to Izmir by bus on Aug. 4. Emre Caylak/For Foreign Policy

The migrants usually remain in the small villages along the border until it is safe to move to the city center. They often sleep wherever they can find a hiding place, including barns or mosques. “They’re all smugglers here,” said one resident, who did not want to be named.

“The villagers do this because working in Turkey means working 12-hour days for little money. This industry needs no investment—they can just take people into their homes and make lots of money,” Mohammed said.

Stories abound about migrants being tricked during the journey, dropped off in the wrong city, held hostage for ransom money, or tortured. Mohammed said he’s met migrants who, during earlier stages of the journey, had teeth removed for ransom or were abused in other ways.

He said he has not engaged in abusive behavior toward migrants—though it’s impossible to verify whether this is true.

“The smugglers who hurt people are not human. They do not have any feelings,” Mohammed said. He did acknowledge supplementing his monthly wage by charging the migrants extra for delivering groceries or other goods to them. When they are living in safe houses, the migrants are rarely allowed to go out unsupervised. Members of one migrant family told Foreign Policy they had been locked indoors for two weeks, subsisting on bread and tomatoes alone. 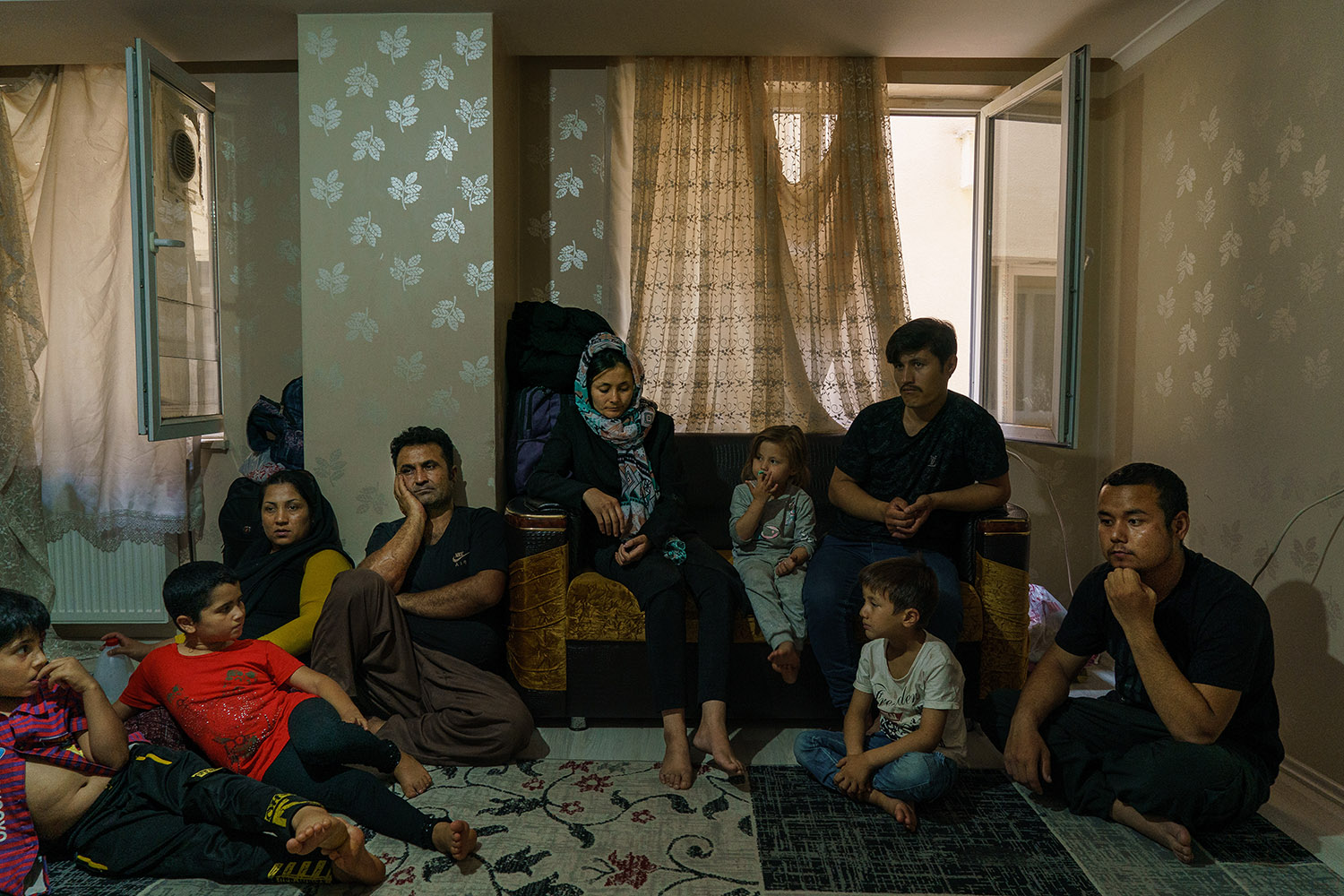 Undocumented Afghan migrants wait in a smuggler’s safe house in Van, Turkey, to be transported to various cities around Turkey on July 7. Emre Caylak/For Foreign Policy

Their safe house, situated in an office block on a shop-lined street in central Van, was swelteringly hot on a recent afternoon. The curtains were pulled shut and the children repeatedly hushed. On another occasion, members of four newly arrived Afghan families—their ages ranging from 2 to 65—said they had been waiting for over a week in a darkened room for news on when they will be moved.

Mohammed maintains that the health and safety of the migrants he transports are paramount and that he barely sleeps or eats during the journeys to various parts of Turkey. Foreign Policy followed him as he had fake ID documents made for an Afghan family with young children, acquired the permission necessary to move them to another city, and purchased bus tickets for their journey to Izmir. That night, he dropped them off at the bus station in Van, but their paperwork—with digitally edited stamps and barcodes borrowed from other IDs—raised suspicions, and they were detained by police.

Mohammed, himself a victim of decades of war, dreams of becoming an athlete and taking self-defense classes in Europe—or in the United States if he can find a way to get there. 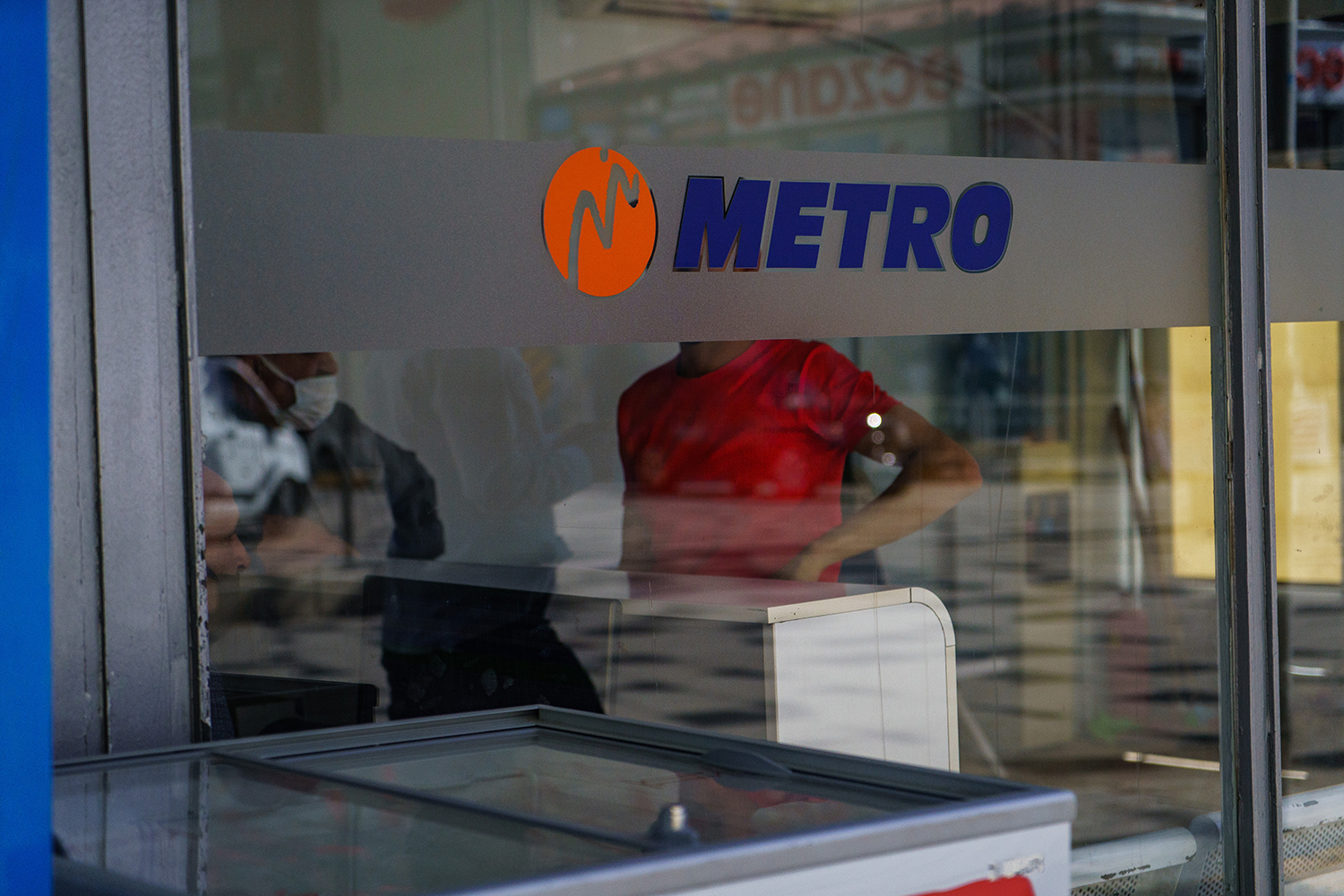 “Life in Turkey is hard,” he said, adding that he has nightmares and barely sleeps. “Maybe I will not do this job for much longer—because of it I am left behind while others get the life they want.” He made one attempt to get to Greece but was caught by police and sent back to Turkey.

“No matter how much people don’t want Afghan migrants to arrive in their country, they will come, and keep coming. Life in Afghanistan is too bad for them to stay.”

Emre Caylak is a Turkish American photojournalist based in Istanbul who covers social and environmental topics around the world.

You are commenting as . Change your username | Log out
Tags: Afghanistan, Iran, Migration and Immigration, Turkey, War

NEW FOR SUBSCRIBERS: Want to read more on this topic or region? Click + to receive email alerts when new stories are published on Iran, Afghanistan

NATO Responds to Russia’s Demands With Its Own

Three Things the World Should Know About Putin

Why China Is Slow-Rolling Taliban Cooperation