‘Support Is Not Just About Money’

A U.S. veteran of Afghan heritage reflects on a complicated relationship between two far-apart nations. 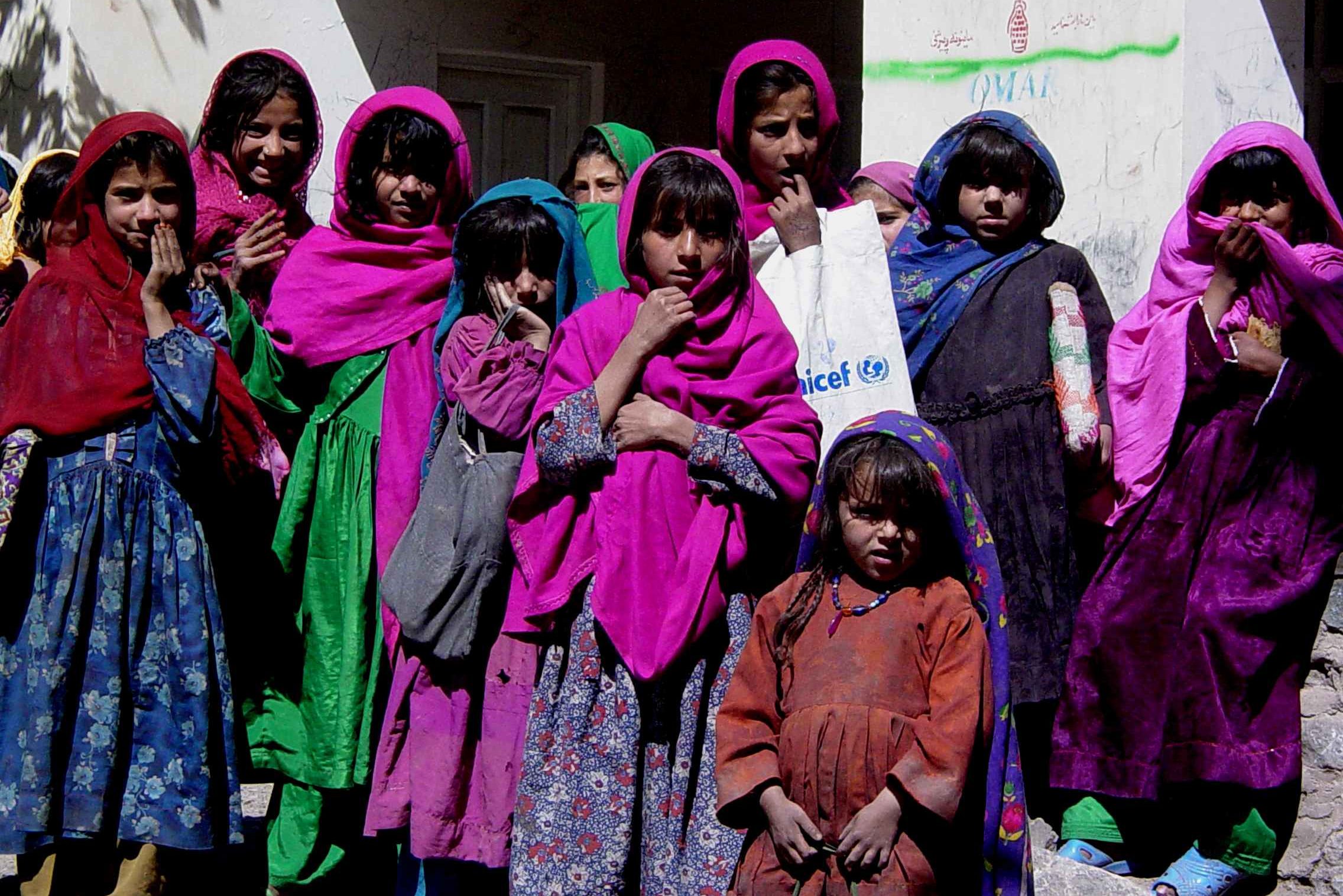 A group of orphaned Afghan girls stands outside a schoolhouse in Kunduz, northern Afghanistan, in 2003. Homayun Yaqub

In the late summer of 1978, a young Afghan army veteran-turned-entrepreneur was given some alarming news. The bloody Soviet-backed coup that forced a regime change just a few months back released an alarming set of edicts. One of them included a callback of former senior military officers. Failure to comply meant either imprisonment or shoot-to-kill orders on-site for officers and their families.

A group of orphaned Afghan girls stands outside a schoolhouse in Kunduz, northern Afghanistan, in 2003. Homayun Yaqub

In the late summer of 1978, a young Afghan army veteran-turned-entrepreneur was given some alarming news. The bloody Soviet-backed coup that forced a regime change just a few months back released an alarming set of edicts. One of them included a callback of former senior military officers. Failure to comply meant either imprisonment or shoot-to-kill orders on-site for officers and their families.

The veteran in question was a father of two children. Even if joining the communist regime was viable, he knew that alone would not bring him out of the woods—countless friends and colleagues had disappeared or been killed. Add to it his moral objection, and the decision was easy: Leave the country and save his family. But many administrative government functions had collapsed. Obtaining the necessary paperwork for his youngest of two sons was impossible. The heart-wrenching decision was made to leave his son in the care of relatives and leave with his wife and oldest son. For the next 10 agonizing months, he and his wife worked to provide for their extended family from their new home in the United States and eventually secure a visa for their son to join them and make the family whole again.

His sons, four years apart in age, would soon follow similar paths. They both went to the same college, both joined the school’s ROTC program, and both commissioned as U.S. Army officers. I am one of those sons. I am a proud American who is equally proud of my Afghan heritage. I am a proud veteran, privileged to have served with so many others who tirelessly demonstrated courage and were always selfless in their service. I am also an intelligence community veteran, a former intelligence officer who changed uniforms but was still deployed on more than one occasion to Afghanistan. I am a former U.S. Intelligence Community executive who also understands at least certain aspects of our complex national security system. Much of the latter work demands the silence of any professional who has or is still engaged in such efforts, and it will never be a subject I provide thoughts on. After learning the tools of warfare, I decided to focus my academic attention to resolving conflict and devoted my research to developing a human security-focused model for enduring peace in Afghanistan. I am also proudly involved in charitable work to support the most vulnerable people in the country: its children.

We cherry-picked elements of nation building.

Growing up in northern Virginia, we were exposed to the obvious presence of military personnel who were on various Beltway tours of duty. My dad rarely spoke of his time in the Afghan military and his service as a member of the elite king’s guard. He spoke only of Afghanistan’s golden era that defined the first 33 years of his life—a post-World War II environment where Afghanistan benefited from but was ultimately harmed by the Cold War’s geopolitical influences. His 80-year-old mother-in-law knew a different Afghanistan, too. As she would comment years later about the Taliban-imposed restrictions, a burqa was never something she had worn.

I’ve offered insight into my background because it provides me with a unique perspective on the current situation in Afghanistan. Through my deployments, I experienced more parts of the country than even my parents had familiarity with. I saw the sites where Taliban executions occurred, the survivors of their beatings, the blacked-out windows of homes that hid women from passersby. I walked up to apartment rooftops that had the outlines of mini soccer fields, where children played barefoot and in secret because the Taliban forbade their ability to experience all the joys childhood has to offer. I spoke to women who, in the early months and years after the tragedy of 9/11, cautiously regained their voice and comfort in walking down the street to run an errand. I saw the remnants of the heritage sites already victim of time’s decay only made worse by deliberate Taliban efforts to further destroy these perceived symbols of blasphemy. 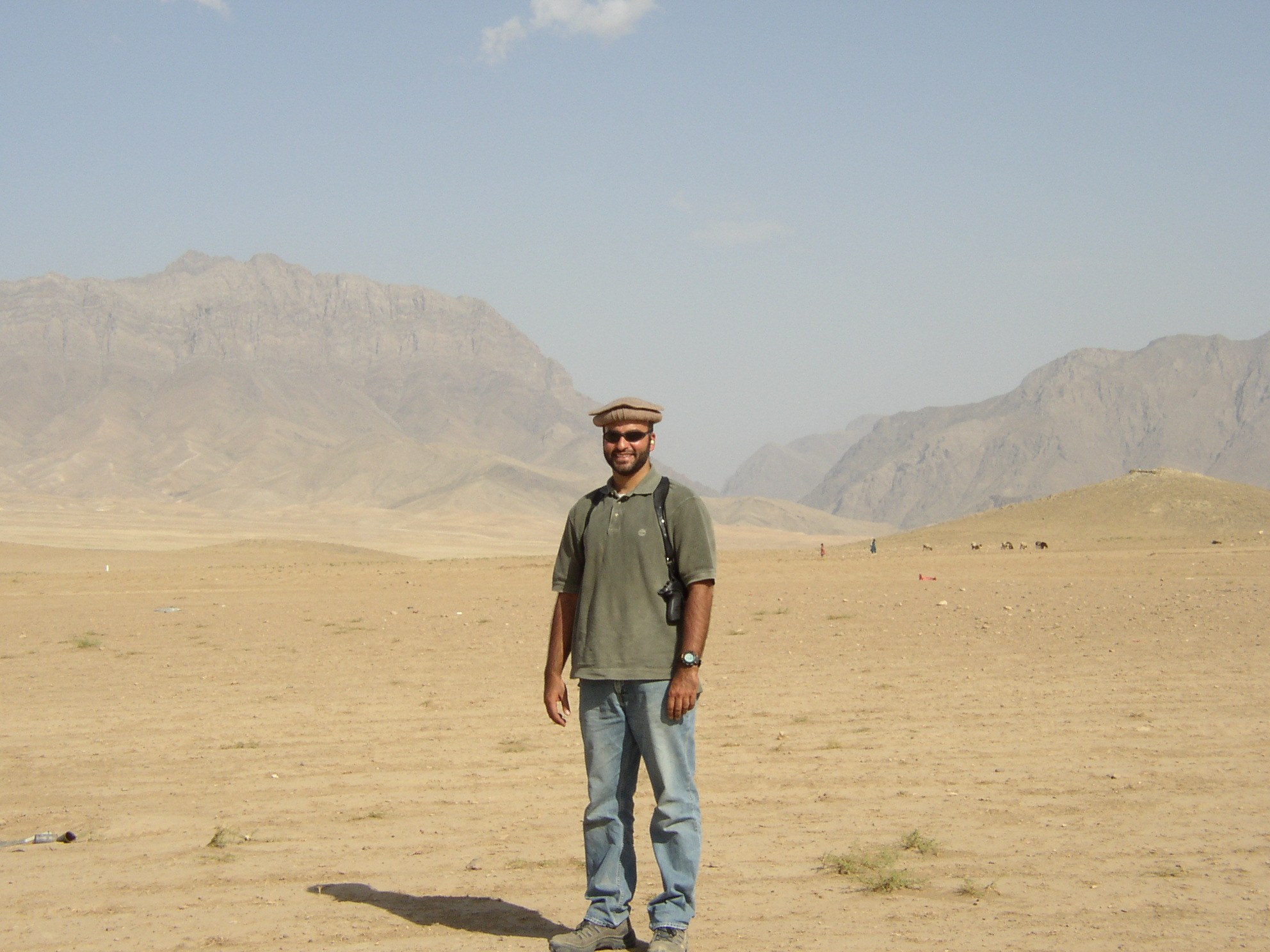 I heard these stories from afar for years during the Taliban’s first reign and then experienced the aftermath firsthand while on the ground. In every province I visited, I saw and heard versions of the same narrative, validating the now well-researched and documented analyses of a troubling history—namely, that Afghanistan witnessed a brutal Soviet military occupation for more than a decade that left hundreds of thousands if not millions of people dead and an equal amount of people displaced internally or as refugees in nearby countries. The civil war that ensued, and which legitimized ethnic and factional divisions to unprecedented levels, caused further calamitous violence and destruction. The Taliban evolved from an ideology of highly questionable if not completely inaccurate interpretation of Islam, often offered as the only source of education to children who made Pakistani refugee camps their home in the 1980s. This erroneous idea of Islam ultimately became a collective identity for so many people because an entire generation had been displaced.

If the United States fails to understand its mistakes, it will continue to repeat them.

After major campaigns to degrade al Qaeda and remove—but not eliminate, and largely ignore for many years after—the Taliban, we, the international community led by the United States, opted to stay. We were explicit about not wanting to advocate or support nation building. Through four administrations, that message was decisive. Yet, we cherry-picked elements of nation building under the guise of an ill-conceived and poorly managed “reconstruction” plan. A key component in this effort was to build—from the ground up—a new Afghan National Security Force. As we saw recently, this was an unmitigated disaster—but not for the reasons commonly believed. The easy assessment is Afghans were not willing to fight for their own country, but as many as 69,000 Afghan servicemembers died in service to their country since its inception. Despite the well-intentioned and tireless efforts of so many U.S. and coalition servicemembers, contractors, and civil servants guiding the operational and tactical execution of training and development, there were considerable mistakes.

Wells were built without regard to actual need and often at an opportunity cost to issues like improving dwellings for village inhabitants. Badly needed roads to improve lines of communication and commerce were built, and when I’d return just a year later, they were in dire need of repair. We trained military soldiers, certified their weapons training, and sent them to guard border control posts. But then they had to build the posts themselves and rely on local supply acquisitions for their sustained presence. 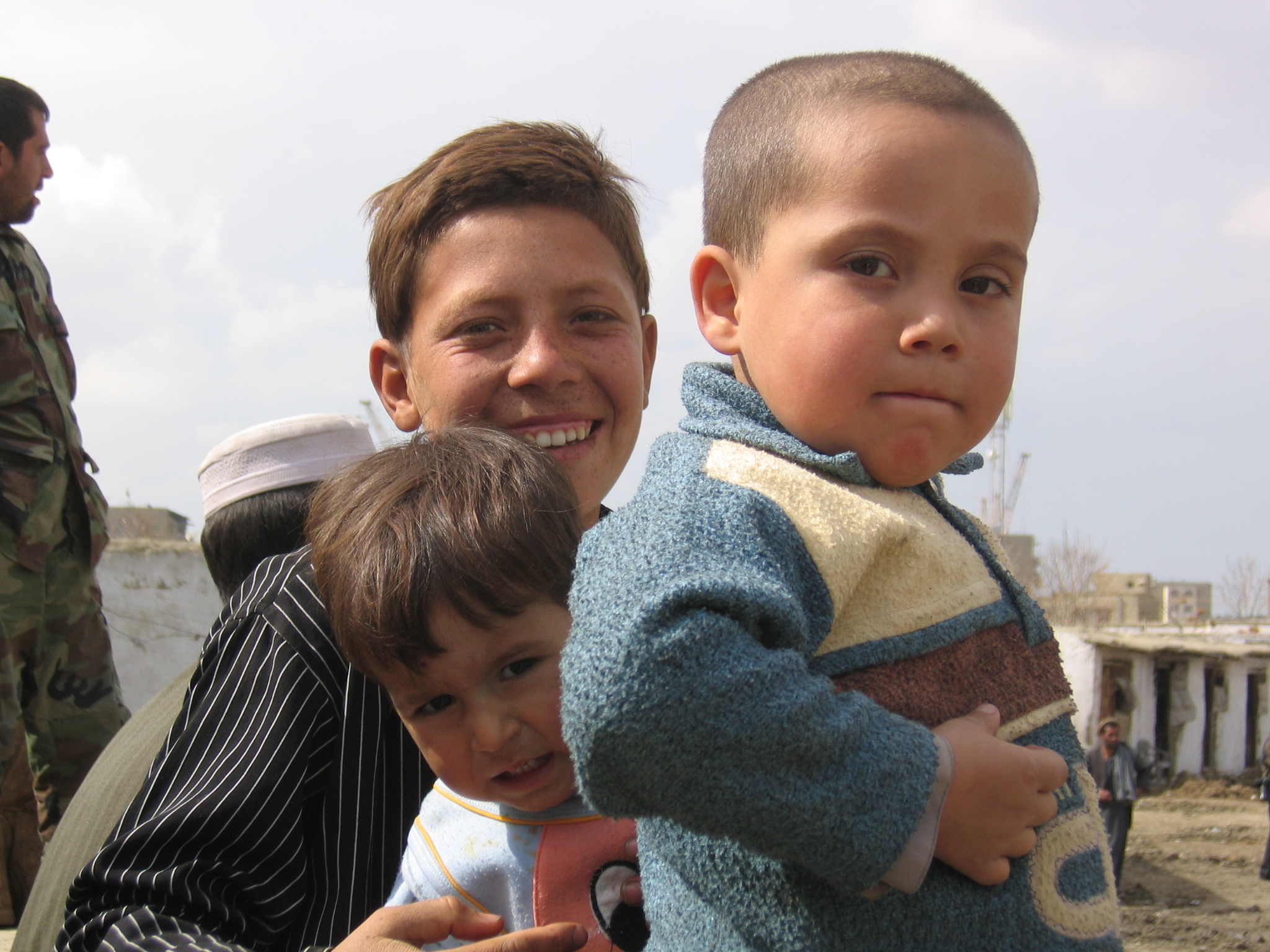 Young children take a break from watching a Buzkashi (the Afghan national sport) match in Kabul, Afghanistan, in 2005. Homayun Yaqub

We forgot how foundational capacity building is to support such an effort: instilling the population with the wherewithal to be self-sufficient and helping the people realize the mechanisms that allow for an economy to thrive, a government to provide services to its constituents, and a security apparatus that is incentivized not just by money but also by career progression and opportunity. This type of development instills confidence in commercial investment from multinational firms that see emerging market opportunity. Foreign investment in Afghanistan remained inconsistent because of perceived and ultimately realized instability.

A human security-centric approach places people, not the state’s structure, at the center of security strategy. It acknowledges and advances well-established theories on basic needs espoused by late psychologist Abraham Maslow, conflict scholar John Burton, and others to highlight the complex interactions between basic needs fulfillment and the structures that extend beyond the individual, through a community, and ultimately to a state. There are multiple interpretations on how best to do this, but the overarching tenets remain the same. If we support achieving and sustaining human security in Afghanistan, then we directly strengthen our national interest because we have reduced the opportunity for the rise of another failed state that provides a safe haven to those who may harm us again.

Let us ensure U.S. influence extends to building allies and exerting its influence so dependency turns to self-sufficiency.

Corruption of the failed state—something I saw endemic at all community levels—comes not from a place of malice but from a basic instinct to survive. The future is unknown, and chaos may return on a moment’s notice. Evolving from overt corrupt practices requires time and confidence that a society is comfortable with its circumstances. This requires patience and support.

Support is not just about money. The United States certainly spent a lot of it, but we did not build, only validating the administration’s comments that nation building was never our objective. We then contradicted ourselves, suggesting we gave the Afghan people everything they needed to succeed. Let history be the judge of this reality.

Let us also ensure U.S. influence extends to building allies and exerting its influence so dependency turns to self-sufficiency. We have found the patience and the will before. As a young U.S. Army officer, I was on assignment in Germany at a World War II-installed outpost that still serves as a European operations base for the U.S. military. I have stayed at U.S. military bases in Japan and have many friends who have served tours in the Korean Peninsula. Imagine what a sustained presence could mean for Afghanistan? Afghanistan can be such a partner—if it was given the opportunity to succeed.

Homayun Yaqub is a former captain in the U.S. Army, an intelligence officer, and an executive with the U.S. Department of Defense and U.S. Intelligence Community. He is also a board member of the Homaira Rahman Foundation, a charitable organization supporting Afghan orphans.

You are commenting as . Change your username | Log out
Tags: Afghanistan, Middle East and North Africa

NEW FOR SUBSCRIBERS: Want to read more on this topic or region? Click + to receive email alerts when new stories are published on Middle East and North Africa, Afghanistan