From Ari Aster’s 2019 folk-horror film Midsommar to 2017’s The Ritual to the 2008 Swedish vampire film Let the Right One In, themes of Scandinavian folklore have had something of a renaissance in the horror genre in recent decades.

With its vast, remote landscapes seemingly devoid of human activity, Scandinavia certainly makes a terrific setting for a horror film. After all, what could be a more fitting hiding place for secretive cults and supernatural beings, for places and creatures untouched by industrialization and our modern society?

From Ari Aster’s 2019 folk-horror film Midsommar to 2017’s The Ritual to the 2008 Swedish vampire film Let the Right One In, themes of Scandinavian folklore have had something of a renaissance in the horror genre in recent decades.

With its vast, remote landscapes seemingly devoid of human activity, Scandinavia certainly makes a terrific setting for a horror film. After all, what could be a more fitting hiding place for secretive cults and supernatural beings, for places and creatures untouched by industrialization and our modern society?

Yet while these movies may seem to be based on real folklore traditions native to Scandinavian countries, for the most part they’re anything but. What they are instead are creative amalgamations of folklore elements from around the world (and some that are entirely made up), designed to appeal to a global—and globalized—film audience.

Interest in folklore isn’t new, of course. In the 19th century, as nationalistic currents swept the world, many European scholars began to view folklore as a way of constructing a unique national identity. Many Scandinavian scholars did the same thing, collecting and publishing fragments of folk life and folklore.

There was also a general sense that collecting and preserving folklore was a march against time, as the last few old people who remembered the ancient traditions were going extinct. Folklore archives, filled with millions of pages with accounts of folklore, were established all around Europe, many funded by governments. It was a rescue mission, as it was believed that the cultural history of the people needed to be saved for future generations.

This wave of collecting folklore in Europe includes the Brothers Grimm, who published folk tales and legends in what would later become Germany. In Norway, Peter Christen Asbjornsen and Jorgen Moe did the same thing, inspired by the celebrated brothers. The Danish author Hans Christian Andersen wrote stories inspired by folklore, including “The Little Mermaid” and “The Snow Queen” (both of which later inspired animated Disney classics). In Finland, which separated from Sweden in 1809, Elias Lonnrot published in 1835 what would become Finland’s national epic, Kalevala, consisting of poems he collected and edited from and for the folk.

Today, supernatural motifs drawn from folklore are everywhere in Scandinavian pop culture, in novels, role-playing games, video games, art, movies, music, and theater, as well as in marketing for tourism. Scandinavia is promoted as a vast land of wonder, beauty, and mystery. In tourist shops across Scandinavia, models of trolls and other supernatural creatures found in Scandinavian folklore are sold alongside figures of Vikings and Old Norse gods.

But the horror films that have become most closely associated with Scandinavian folklore in the international imagination actually have little to do with the genuine folklore traditions of Scandinavia.

In 2015, two American folklorists, Michael Dylan Foster and Jeffrey A. Tolbert, coined a new term for understanding how folklore is often used in popular culture: “folkloresque.” The concept offers a frame for understanding the product created when popular culture appropriates or reinvents folkloric themes, characters, and images. An older term was “fakelore,” something that feels like folklore but really is not.

The concept of the folkloresque is a good way of explaining some of the most popular recent horror movies that feature a Scandinavian folkloric theme. Many of the movies are pure fiction, at best loosely inspired by folklore, but they still feel like folklore. 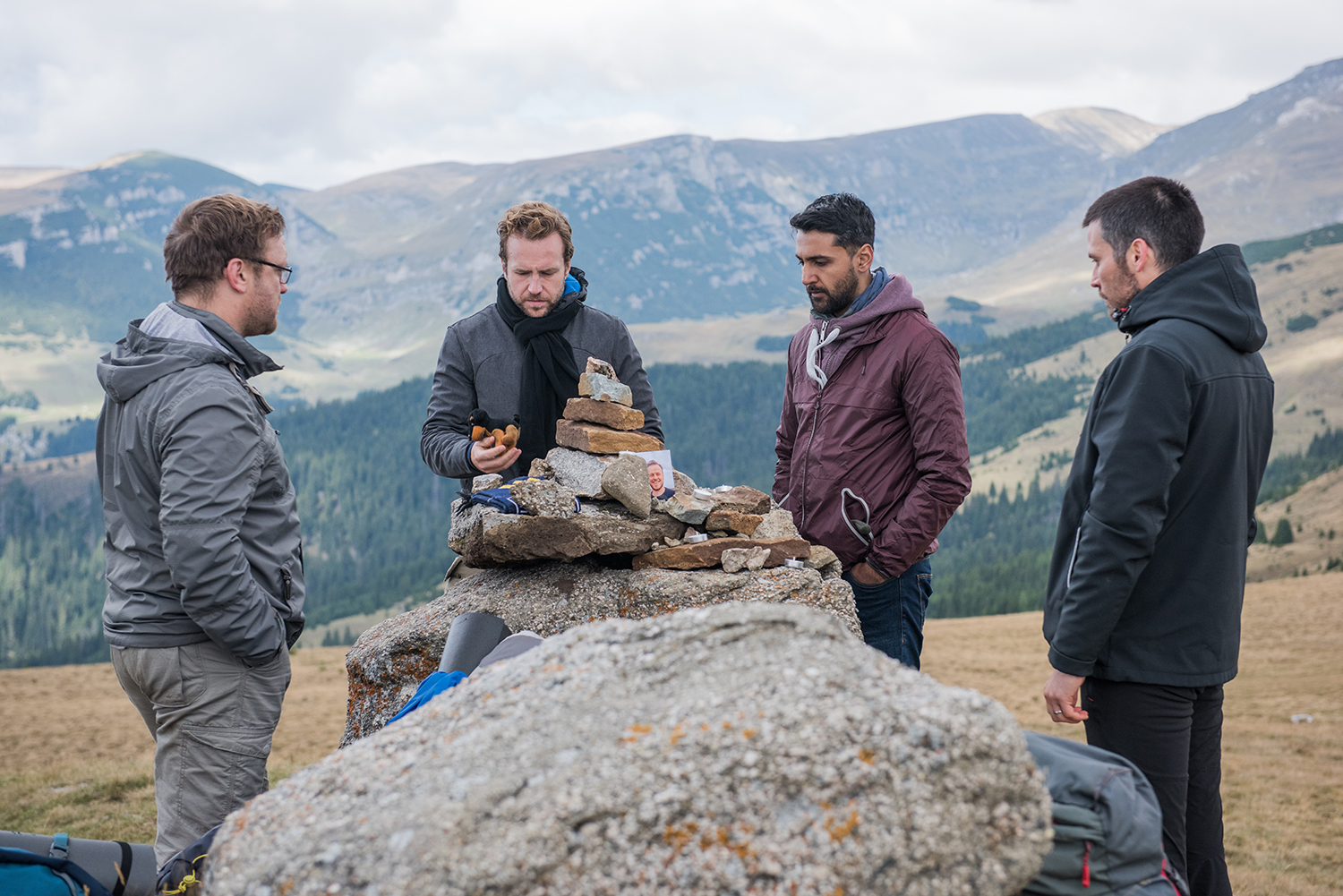 A scene from the 2018 film The Ritual. Vlad Cioplea/Netflix

The Ritual and Midsommar are good examples of Scandinavian folkloresque. Both movies are set in Sweden but were produced by international directors. The Ritual is a British production that takes place in the Swedish landscape of Dalarna. Midsommar, a co-production between the United States and Sweden, was not even filmed in Sweden but rather in Hungary, although it is said to take place in the Swedish landscape of Halsingland.

Both center on cults with a vicious taste for Old Norse religion and violence. The first cult is encountered by a group of British tourists when they have to pass through a forest; the second is experienced by a group of American students celebrating the Swedish Midsummer holiday in a remote, rural village.

However, neither film is based on genuine Scandinavian folklore; rather, they are both inspired by general Nordic folklore and myths that have been reinvented to fit a folk-horror movie framework and to evoke the imagined feel of Scandinavia.

One example is a scene in Midsommar of an ättestupa, a cliff that is used by old people for throwing themselves—or being pushed—to their deaths. This sort of ritual in Viking-age Sweden is indeed described in an Icelandic fornaldarsaga (“legendary saga”), but it has been proved that such ritual suicides never actually took place. In The Ritual, a cult venerates the jötnar (“giants”) of Old Norse mythology, something that seems both exotic and a possibility but in fact goes against the Old Norse idea of the cosmos ruled by the gods in opposition to the giants, their main adversaries.

Let the Right One In, based on a 2004 Swedish novel by John Ajvide Lindqvist, and Post Mortem: No One Dies in Skarnes, a recent Norwegian TV series produced for Netflix, are also examples of the folkloresque, albeit in a slightly different way. Unlike the previous examples, both of these were actually produced and filmed in Scandinavian countries, but the mythological creatures they showcase—vampires—are foreign imports. 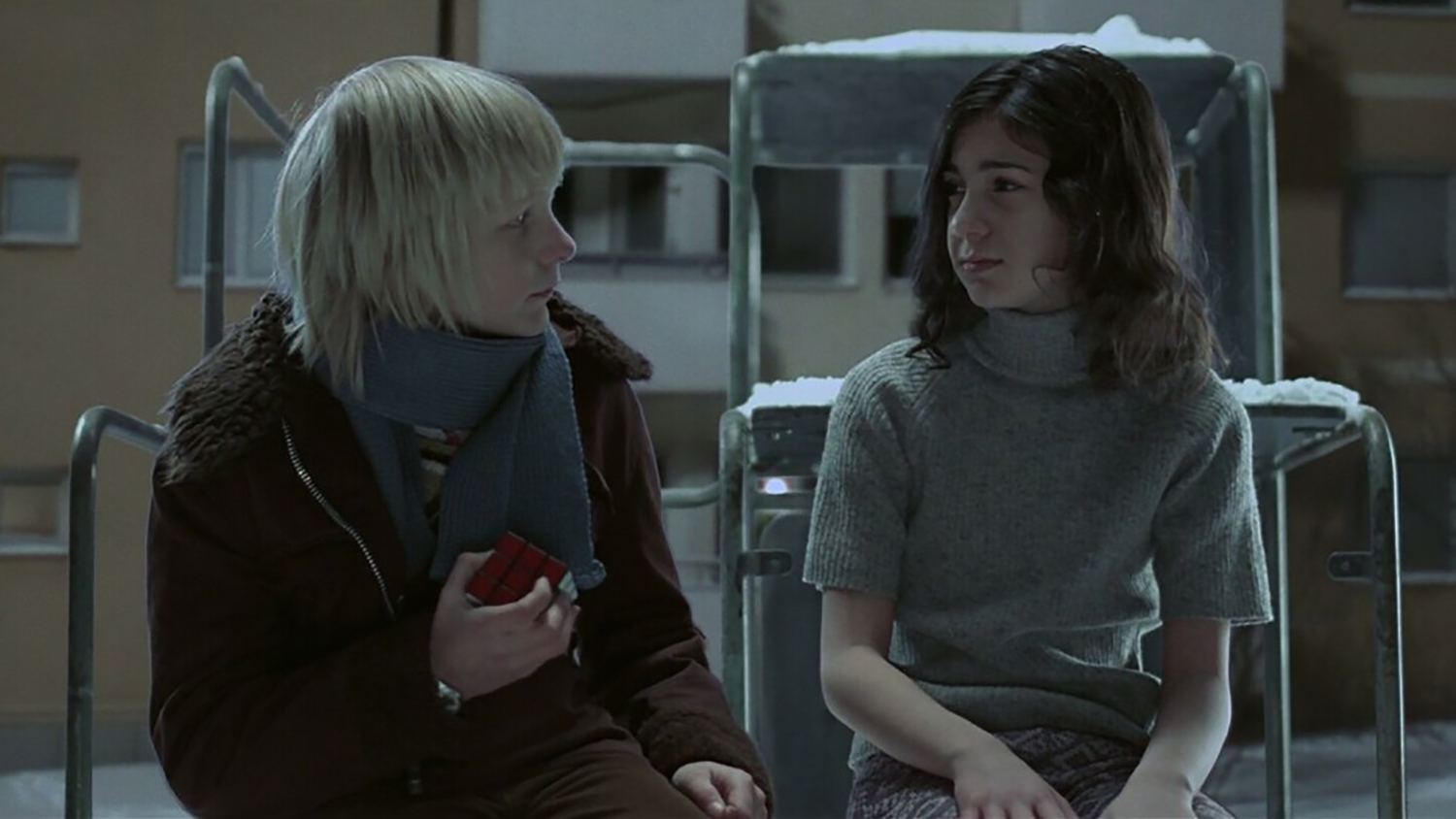 A scene from the 2008 vampire movie Let the Right One In.EFTI

Vampires have never been mentioned in Scandinavian folklore (there are plenty of werewolves, but no vampires). Instead, vampires belong to Central European folklore. Yet both the film and the TV series make it seem as if vampires indeed walk the streets of Stockholm or populate a small town in Norway as part of contemporary folk belief.

This is thanks to the world becoming far more connected as a global community. Since at least the 19th century with the publication of novels such as Bram Stoker’s Dracula, vampires have been a big thing in popular culture. If you want to make a horror movie that conjures up the chilly climate and stark atmosphere people associate with Scandinavia but need a monster that is sure to appeal to a global audience, why not just co-opt vampires and plop them down in the middle of Stockholm?

Two recent Scandinavian movies notably deal with trolls. One is a Swedish film, Border (2018), based on a short story by the same author who wrote Let the Right One In. The main character in the film is a woman with Neanderthal-esque facial features who works as a customs officer, using her strangely heightened sense of smell to sniff out contraband. One day she meets a man who shares her unusual facial features and who eventually reveals that he is, in fact, not a human but a troll, and that she is too. The trolls are described as living alongside humans in a contemporary world, but they are still something else, something that doesn’t belong in our society. They only feel true happiness when they are in nature, away from city life, in their natural habitat.

The tale of Bluebeard the serial wife-killer echoes in the #MeToo movement.

The genre is a potent mirror for a country still coming to terms with itself.

The second, Trollhunter (2010), is a Norwegian Blair Witch Project-style found-footage film that follows a group of students filming a documentary about an oddball in a small Norwegian community. It turns out this strange man a government official working as a troll hunter. The trolls in the movie are based on paintings by the 19th-century Norwegian artist Theodor Kittelsen, who also illustrated collections of folk tales. The different types of trolls described have names taken directly from these collections of folk tales and folk legends.

Two other films based on actual folklore are worth mentioning: Absentia (2011) and Thale (2012). The first is based on a Norwegian folk tale, “The Three Billy Goats Gruff”—one of the stories collected and published by Asbjornsen and Moe in the 19th century—but it plays out in the modern age, the old tale providing an intriguing subtext for the plot. (That folk tale also makes an appearance in Trollhunter.) In Thale, a couple of friends come across a cabin in the Norwegian woods, where they find a strange woman with a cow tail, the subject of experimentation by a Swedish mad scientist. This woman is a huldra, a female forest spirit, well known from traditional folklore in Scandinavia.

One reason for the success of these movies is that they show something that on the surface seems genuine, real, and based on old oral traditions. Movies based on folklore usually present a traditional way of living, natural landscapes, and rural settings, and this is something many seem to long for today, something that feels real and traditional in contrast to city living, bustling everyday life, and industrialization.

That might be one of the greatest appeals of such films: We long for something that feels genuine, for traditional creatures in contrast to the made-up monsters of today. We want to feel a connection to the past, even if that connection comes from fictitious traditions that only feel like the real thing.

The collection and publication of folklore may have originally been a project of nationalism and national identity. But in today’s globalized world, folklore has become universal, no longer confined to one nationality or culture. That, at least, should make the folklore collectors of the 19th century, so intent on preserving folk traditions for future generations, pleased.

Tommy Kuusela is an archivist at the Folklore Archives at the Institute for Language and Folklore in Uppsala, Sweden, and holds a Ph.D. in the history of religion.

You are commenting as . Change your username | Log out
Tags: Culture, Europe, Finland, Iceland, Norway, Sweden