Here are some of Foreign Policy’s best deep dives from the past year.

At Foreign Policy, we work hard to keep you abreast of the news, but we also like to feature terrific longer-form writing that digs deep into an issue, uncovers the background behind a complex topic, or tells a compelling and powerful story.

Here are five of our best long reads from 2021.

1. China Is a Declining Power—and That’s the Problem

At Foreign Policy, we work hard to keep you abreast of the news, but we also like to feature terrific longer-form writing that digs deep into an issue, uncovers the background behind a complex topic, or tells a compelling and powerful story.

Here are five of our best long reads from 2021.

1. China Is a Declining Power—and That’s the Problem

In 2021, some serious cracks appeared in the narrative of China’s meteoric rise and growing dominance. Beijing had to contend with an economic slowdown, cracked down on its own tech industry, and faced a global backlash against its aggressive diplomacy. But if China is weaker than it looks, it should give the rest of the world pause, argue Hal Brands and Michael Beckley. History, they write, has many examples of other powers that looked strong but feared imminent decline, which led them to strike out in desperation—think of Germany in 1914 and imperial Japan in 1941. The precedents are enlightening—and suggest some dangerous years ahead.

“It’s an open secret that Washington’s foreign-policy machine effectively runs on interns,” FP’s Robbie Gramer and Anna Weber write. Unpaid (or severely underpaid), they staff front desks, run administrative tasks, manage websites, organize events, and ghostwrite policy reports. Government, think tanks, and other institutions relying on interns for labor might talk a mouthful about inclusion, but the system is especially harsh on minorities and working-class people who, unlike their peers from wealthy families, can’t afford to work for free. Gramer and Weber dug deep to get the dirt on this nefarious system.

3. The Falling Man of Kabul

Some of 2021’s most powerful and heartbreaking images reached us from the fall of Kabul. Thousands of Afghans, fearing for their lives as the Taliban entered the capital, struggled for spots on the last flights out of the city. The most indelible of these images showed a figure dropping from a plane high in the sky—a young man who’d clung on to the fuselage of the aircraft in a desperate, hopeless attempt to get wherever the plane was going. Laila Rasekh investigated and tells us the tragic story of Kabul’s falling man.

4. China Is Using Tibetans as Agents of Empire in the Himalayas 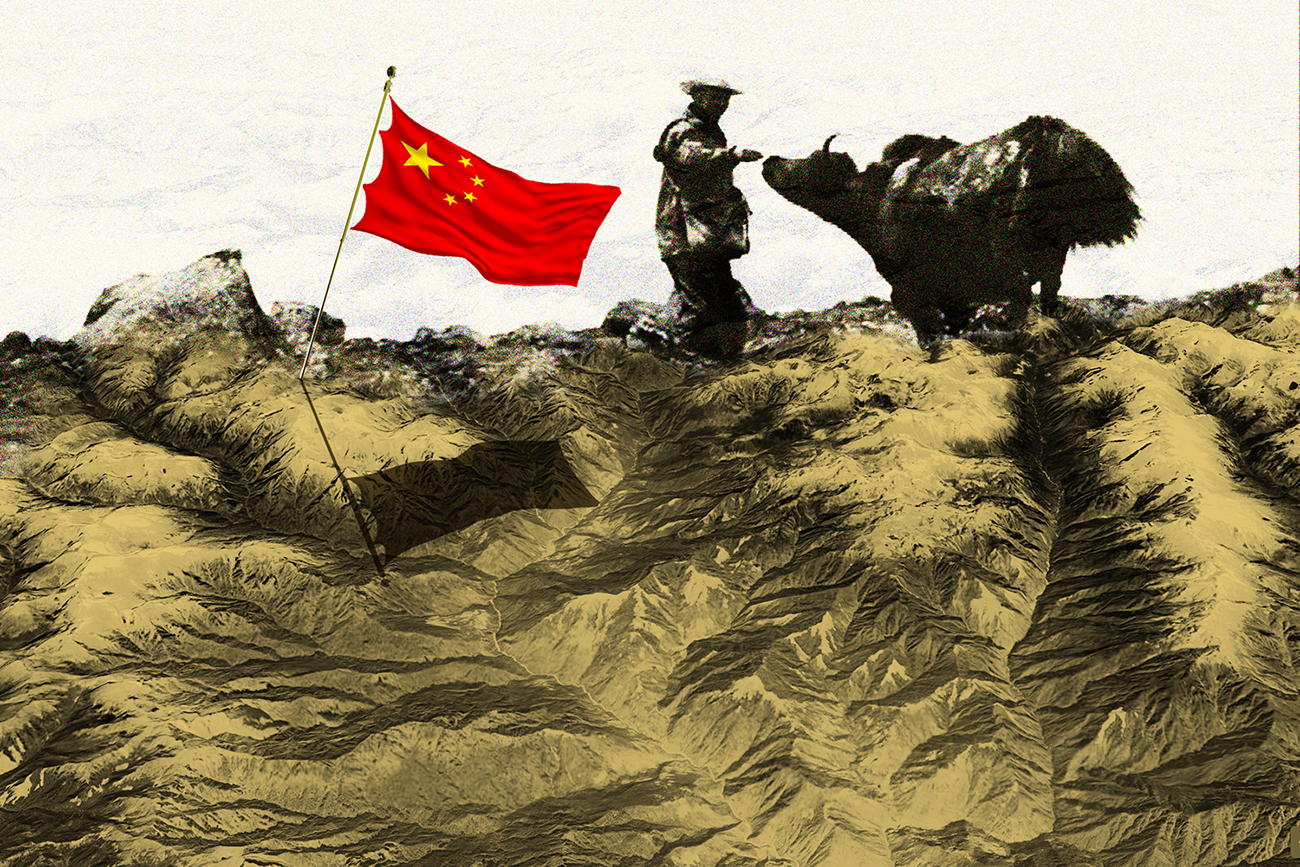 A Tibetan herder and yak on July 4, 2020, as part of a composite satellite illustration of the Tibetan and Bhutanese border region.

A Tibetan herder and yak on July 4, 2020, as part of a composite satellite illustration of the Tibetan and Bhutanese border region.Foreign Policy illustration/Tibet Satellite TV+

Part of an ongoing collaboration with Tibetan and other researchers digging through the Chinese internet, Robert Barnett’s report describes, for the first time, Beijing’s secretive creation of a vast network of quasi-militarized settlements along the Himalayan border, including in neighboring Bhutan, as a previous part in this series revealed. In an effort reminiscent of its tactics in the South China Sea, Beijing has been asserting its territorial claims in the Himalayas by colonizing remote parts of a weaker neighboring country.

Some of his legislation may be stumbling on Capitol Hill, but U.S. President Joe Biden’s economic plans are nothing if not ambitious: vast spending on infrastructure and clean energy, subsidies and trade rules to return factory jobs to the United States, and other policies to shift wealth to the middle class. “If he is able to follow through on this plan—by no means a given—the president will cast onto history’s ash heap the ruling doctrine of the past 40 years,” FP’s Michael Hirsh writes. Biden’s revolutionary economic doctrine also has a dark side: an America-first nationalism that could close borders to trade, lower global growth, and create tensions abroad.

Stefan Theil is a deputy editor at Foreign Policy.

You are commenting as . Change your username | Log out
Latest

Relations between the world’s two largest economic powers are at historic lows.