The Stories That Could Define China in 2022

From the threat of omicron to Xi’s third term, these are the trends to watch.

Welcome to Foreign Policy’s China Brief, the final edition of 2021—a very bad year in U.S-China relations. But things can always get worse. This week, we take a brief look ahead at the stories that are likely to make news in 2022, from the next phase of the COVID-19 pandemic to Chinese President Xi Jinping’s expected moves.

Welcome to Foreign Policy’s China Brief, the final edition of 2021—a very bad year in U.S-China relations. But things can always get worse. This week, we take a brief look ahead at the stories that are likely to make news in 2022, from the next phase of the COVID-19 pandemic to Chinese President Xi Jinping’s expected moves.

As 2021 comes to a close, the immediate question is whether the omicron variant spreads fast enough to escape China’s quarantine nets and how Beijing will handle the threat.

Xian, a city of 13 million people, has now seen four days of increasing local cases, despite its harsh lockdown. (The cases have not officially been confirmed as omicron.) The Chinese government has already tightened its quarantine system, but as I wrote on Tuesday, omicron may be too contagious for the net to hold. Even if it does, expect growing travel restrictions and lockdowns for weeks or months.

If the data from South Africa and elsewhere holds, death and hospitalization rates could remain low even for the unvaccinated—or, in China’s case, those vaccinated with underperforming Chinese vaccines. But given how quickly the variant spreads, at what point does Beijing figure that its extreme measures with high social and economic costs aren’t worth the trouble anymore?

I think that is only politically possible if omicron has already breached the gates. Beijing would not present such a change as a purposeful one—only as a reluctant adaptive measure.

There are two big challenges for a successful Winter Olympics, which start on Feb. 4 in Beijing: COVID-19 and boycotts. The pandemic is the more difficult one. Although China planned to allow vaccinated athletes to skip quarantine, the arrival of the omicron variant may mean an end to that policy.

The changes would put foreign athletes in a tricky position, including the possibility of being excluded from competition. The NHL has already pulled its players out of the Olympics, and others may follow. A hollowed-out event with mostly Chinese athletes competing might result in a medal haul, but it would be a national embarrassment. It’s also still faintly possible for Beijing to postpone the event until omicron’s impact is clearer.

The number of diplomatic boycotts calling attention to Beijing’s ongoing abuses in Xinjiang and Hong Kong is less of a problem. Although also embarrassing for China, the boycotts easily fit into its narrative of oppression by the West, as long as they remain confined to the United States and its allies. Washington is still sending some low-level officials, which Beijing has portrayed as hypocritical.

An athletic boycott would have posed a genuine challenge for Beijing; these boycotts are a weak half-measure.

In 2021, the U.S. economy outgrew China’s for the first time in decades. A lot of that is due to this being a recovery year for the United States, but some economists have increasingly speculated that China may never catch up. But Beijing has much more immediate problems: the rolling property crisis—which goes beyond China Evergrande Group—and severe local government shortfalls.

Previous editions of China Brief have discussed the property crisis, and there is no sign that it will ease in 2022, especially since the government doesn’t seem to have the confidence to curb the sector. Local governments are grappling with debt loads that have been building for years. But many are also struggling to meet regular obligations, such as welfare and paying salaries.

The poorest areas receive relief from the central government, and the richest have strong incomes—but those in the middle are having a hard time making ends meet.

An Attempted Reset With the United States 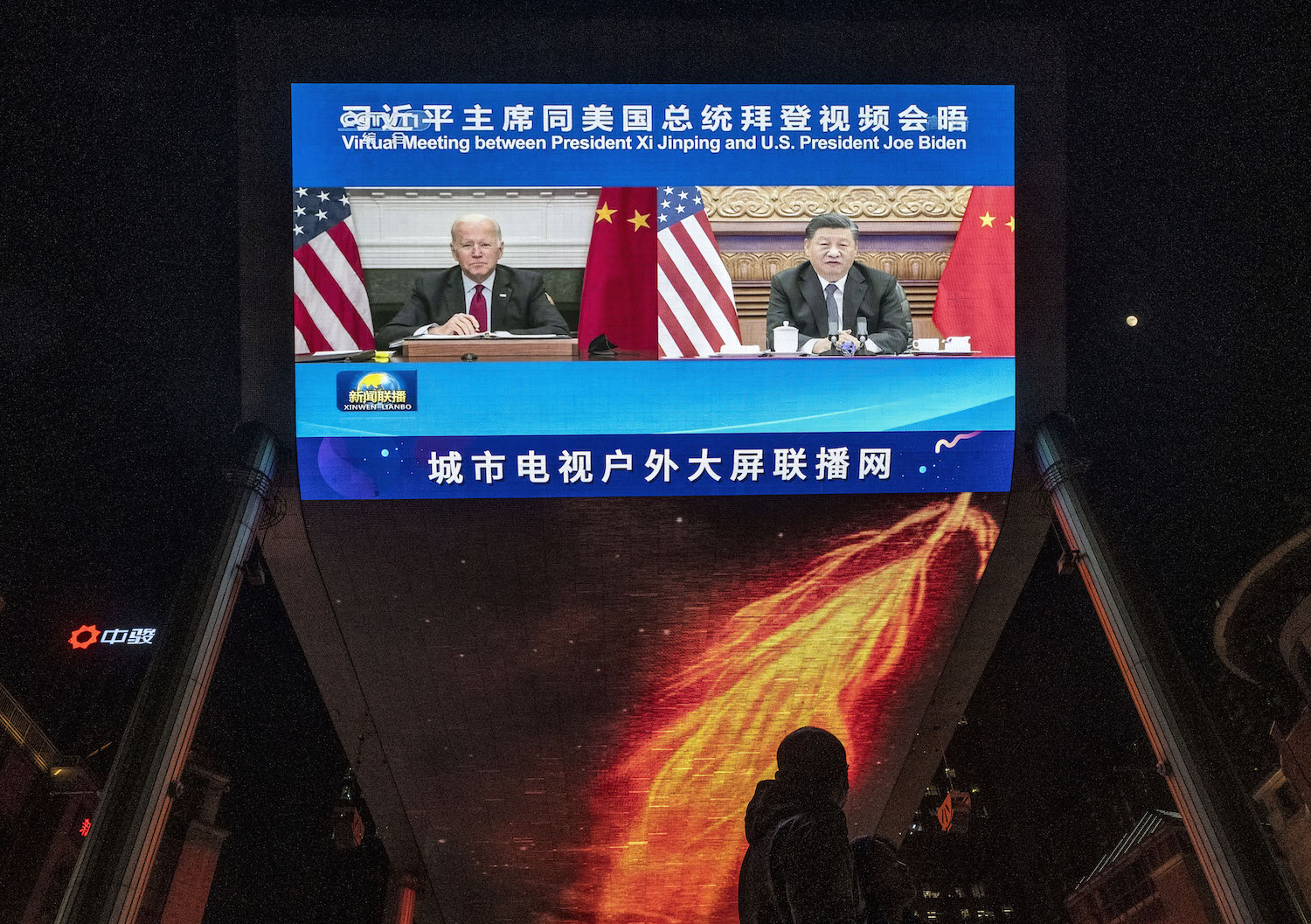 Qin Gang, China’s ambassador to the United States, recently held an on-the-record meeting with a group of U.S. editors, including FP’s Ravi Agrawal. Qin’s tone was relatively reconciliatory, as it has been since he started the job back in July, and he offered other hints that some Chinese diplomats want to bring relations with Washington back from the abyss.

In the last few weeks, former colleagues in Chinese media have told me of state media toning down or dropping stories for being too anti-American. It seems possible that the rash of coverage and political statements around Taiwan in November spooked Beijing.

All that said, I don’t think any reset in U.S.-China relations will work. Chinese officials have structural incentives for anti-Americanism; there is no political cost for being a so-called “wolf warrior”—but it can propel officials to the top, such as Foreign Ministry spokesperson Zhao Lijian.

The Chinese media follow-up to Qin’s press conference is telling: It included vitriolic complaints that the Western media didn’t cover the conference enough. The Chinese side also doesn’t fully appreciate quite how angry their lies and conspiracy theories about COVID-19 originating in the United States have made U.S. officials.

Under normal circumstances, 2022 would see Xi effectively hand power over to his successor. But there is no successor—and several of the possibilities have been purged or jailed. Xi’s unprecedented third term has been coming since he abolished term limits in 2018, although it was on the agenda long before that.

There is bubbling discontent within the Chinese Communist Party about the idea but no ability to act on it. This year will likely see Xi purge any potential challengers, as well as an increased need for officials whom the president may see as a threat to fervently demonstrate their loyalty, even if they seethe in private.

My sense from Chinese friends is that among the public, discontent over this year’s cultural and business crackdowns—from the targeting of celebrities to the dismantling of Jack Ma’s business empire—has eclipsed the wave of new patriotism that followed China’s success against COVID-19 in 2020.

And a Final Farewell

Jonathan Spence, a historian of China beloved among Sinologists for both his writing and his deep kindness, died at age 85 last Saturday. Spence taught at Yale University for more than 40 years and mentored innumerable other Chinese scholars.

His books, of which I would single out The Memory Palace of Matteo Ricci and Emperor of China: Self-Portrait of K’ang-Hsi, were not only masterpieces of scholarship but delivered with a sense of literary experimentation that outshone almost everyone else in the field.

NEW FOR SUBSCRIBERS: Want to read more on this topic or region? Click + to receive email alerts when new stories are published on Foreign & Public Diplomacy, Pandemics, China