5 Foreign-Policy Trends That Will Make or Break 2022

Why 2022 could be decisive for Biden.

Welcome to Foreign Policy’s SitRep! Happy New Year’s Eve-Eve! Feeling 2022? There’s still plenty of time left to make your foreign-policy New Year’s resolutions—like getting to the United Nations negotiating table more often, reading a new think tank paper every month, or starting on that one nagging weapons development program you’ve been putting off all these years.

Alright, here’s what’s on tap for the day: A look ahead at U.S. President Joe Biden’s big year in foreign policy—and the biggest national security jobs he has left to fill in his administration. Plus, we’re wondering what North Korean leader Kim Jong Un will do to celebrate his 38th birthday.

Welcome to Foreign Policy’s SitRep! Happy New Year’s Eve-Eve! Feeling 2022? There’s still plenty of time left to make your foreign-policy New Year’s resolutions—like getting to the United Nations negotiating table more often, reading a new think tank paper every month, or starting on that one nagging weapons development program you’ve been putting off all these years.

Alright, here’s what’s on tap for the day: A look ahead at U.S. President Joe Biden’s big year in foreign policy—and the biggest national security jobs he has left to fill in his administration. Plus, we’re wondering what North Korean leader Kim Jong Un will do to celebrate his 38th birthday.

As Biden put it, he started his administration staring into the abyss, just days after the deadly Jan. 6 pro-Trump insurrection on Capitol Hill, leaving a spectatorless inauguration to govern a brutally divided country from a capital city still wrapped in fencing and blocked off by no-go zones and squad cars.

But a year later, to paraphrase one German philosopher, the abyss is still staring back. China, and to a lesser extent, Russia, appear resurgent; Iran is balking at efforts to breathe life back into a nuclear deal; and the chaotic, two-week evacuation of Afghanistan left hundreds of Americans and thousands of U.S. green cardholders stranded behind Taliban lines. All that coincided with a long slump in Biden’s polling numbers that could be an ankle weight around Democrats running for reelection in 2022.

Will next year be the decisive year for Biden’s foreign policy? It could be. The administration is set to drop its 2022 National Security Strategy, its guiding document, early next year. But it’s the things that fall outside of the president’s control, such as Russia’s saber-rattling and apparent looming Ukraine invasion as well as Afghanistan’s unraveling humanitarian crisis, that could determine his foreign policy’s fate. Here are the top challenges Biden faces in 2022.

1. Will he, or won’t he? If you’ve read Foreign Policy in the last two months (or haven’t been living under a rock), you know Russian President Vladimir Putin has amassed around 115,000 troops on its border with Ukraine. And he’s got a list of demands too. Putin wants to make sure NATO halts its eastward expansion and members of the alliance move Western forces out of former Soviet states before he’s willing to come to the bargaining table.

A Russian invasion of Ukraine could upset the entire apple cart of Biden’s foreign policy, which has centered around (for the third straight presidential administration) a pivot toward the Indo-Pacific.

It’s a potential nightmare scenario: Putin rolls mechanized infantry into the region while the West, with few options to respond, faces a crisis that dramatically reshapes the region as well as Biden’s 2022 National Security Strategy, which the White House has been trying to finish for months.

2. Midterms. It’s no secret Biden’s no longer a popular president, and that could have serious implications on how he conducts his foreign policy. Political forecasters are expecting Republicans to at least retake the House of Representatives, if not the Senate, leaving Biden administration officials at the mercy of conservative lawmakers like House Foreign Affairs Committee Ranking Member Michael McCaul, who already launched an investigation into the U.S. evacuation from Afghanistan.

You can check out Jack’s story on the implications of the House (and Senate) flipping here.

3. Deal or no deal? No deal is what the White House is expecting. The Biden administration is (very publicly) losing confidence in talks to revive the 2015 Iran nuclear deal that former U.S. President Donald Trump exited more than three years ago.

But the Europeans, at least, have been more optimistic. In December, Enrique Mora, chief of staff to the European Union’s top diplomat, said 80 percent of the text to revive the Joint Comprehensive Plan of Action, the 159-page deal, has already been agreed on. Mora went as far as to say the United States had a positive working relationship with Iran, even after the June election of hard-line Iranian President Ebrahim Raisi.

But the Biden team still believes the United States has a bit of leverage, even with Iran enriching more uranium: Iran’s new channels of communication with erstwhile rivals like Saudi Arabia and the United Arab Emirates. “I think these countries are making clear to Iran that the only way, really, to have any sort of normalized trade, normalized relations, is if Iran returns to the nuclear deal because that’s the only way that U.S. sanctions will come off,” a senior administration official said on a press call in December.

4. Can the Taliban hold up? Afghanistan is teetering on the brink of a full-scale meltdown in the wake of a Taliban takeover, fueled by an economic collapse with the withdrawal of international assistance. Millions of people are at risk of starvation, and the new-look Taliban, with few bureaucrats, seem almost feckless when it comes to helping.

Some Afghan diplomats and former officials have seen the humanitarian crisis as a test of Taliban rule: Will the Taliban survive or be replaced by something else? At the United Nations, the United States has engaged in a war of words with China and Pakistan over how, and whether, to bring aid back into the country—and whether the Taliban will be recognized.

5. Will China move on Taiwan? Retired U.S. Indo-Pacific Command chief Adm. Philip Davidson sent Washington into a tailspin in early 2021 when he testified that China could invade Taiwan within a six-year period.

There are debates within the Biden administration about how close to the mark that estimate actually is—and whether the Chinese military is ready to conduct a highly risky cross-strait invasion. But there’s no doubt the temperature is rising in both Washington and Beijing. The latest thing that’s irking China: the United States quietly adding more troops and congressional delegations to the island.

The Biden administration leaves 2021 with a deal on the table for congressional Republicans to move ahead with many of their national security nominees after months of stonewalling from Sen. Ted Cruz. But the president and his team are still scrambling to get butts in seats. Here are some of the major top jobs where Biden needs help.

At the U.S. State Department, Biden has not named a nominee for 45 of the agency’s 267 Senate-confirmed positions. Some 78 appointees have been confirmed, and another 42 nominations are still churning through the Senate.

Biden lacks candidates to serve as chief financial officer, undersecretary for public diplomacy, and assistant secretaries for energy resources and legislative affairs. He doesn’t have a coordinator for counterterrorism or threat reduction in place either. Biden also doesn’t have a nominee for State Department inspector general (the agency’s top internal watchdog), a representative for the Association of Southeast Asian Nations, or a special envoy for North Korea.

Biden has made 80 ambassadorial picks, according to the American Foreign Service Association. But he still has no nominee to serve as ambassador to Brazil, Italy, the Netherlands, Saudi Arabia, South Korea, and Ukraine, among others. He’s also left holdovers at notable posts, such as career diplomats selected during the Trump-era, like Philip Goldberg in Colombia; Sung Kim in Indonesia; and the agency’s former No. 2, John Sullivan in Russia.

Over at the Defense Department, Biden has a better track record of getting nominees through the Senate and in place across the Potomac River. Some 25 of the agency’s 63 Senate-confirmed positions have been filled, though 17 are stuck in the Senate, and Biden lacks nominees for another eight roles.

Biden is still missing a top weapons buyer, though William LaPlante, CEO of Draper Laboratory, could have a hearing as early as next year. 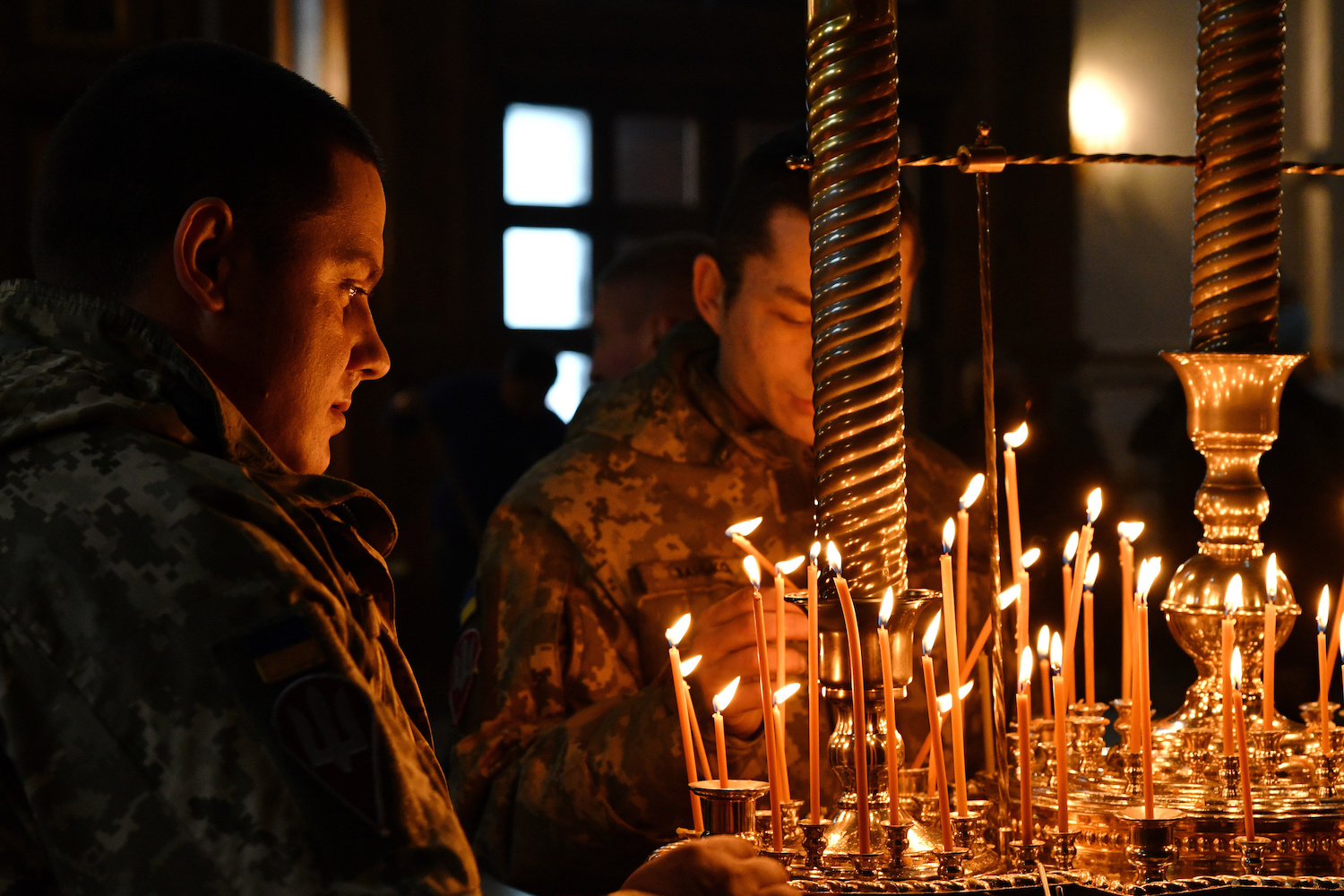 Jan. 3, 2022: The U.S. Senate reconvenes on what happens to be the two-year anniversary of the U.S. drone strike that killed Iranian Quds Force leader Gen. Qassem Soleimani.

Jan. 8, 2022: North Korean leader Kim Jong Un turns 38. Expect festivities to be muted, however. The dictator recently banned both drinking and laughter in the Hermit Kingdom for 11 days to mourn the 10-year anniversary of his father’s death.

Quote of Next Year

“The State of the Union is strong.”

—Biden, probably, in his State of the Union address to Congress in early 2022. No, seriously, every president says this.

You are commenting as . Change your username | Log out
Tags: Security, United States