7 Books on Black History and Foreign Policy Everyone Should Read

From the exploitation of Africans by the European colonial project to the American empire’s “long war on terror,” here are a few entry points.

February is Black History Month in the United States—a month in which Black Americans’ contributions to and place in U.S. history, culture, politics, and heritage are explored and celebrated.

To that end, here are seven books that explore the intersection of Black history and foreign policy. It’s by no means a comprehensive list, but it does offer a few entry points into a rich subject that is often overlooked.

February is Black History Month in the United States—a month in which Black Americans’ contributions to and place in U.S. history, culture, politics, and heritage are explored and celebrated.

To that end, here are seven books that explore the intersection of Black history and foreign policy. It’s by no means a comprehensive list, but it does offer a few entry points into a rich subject that is often overlooked.

Born in Blackness: Africa, Africans, and the Making of the Modern World, 1471 to the Second World War 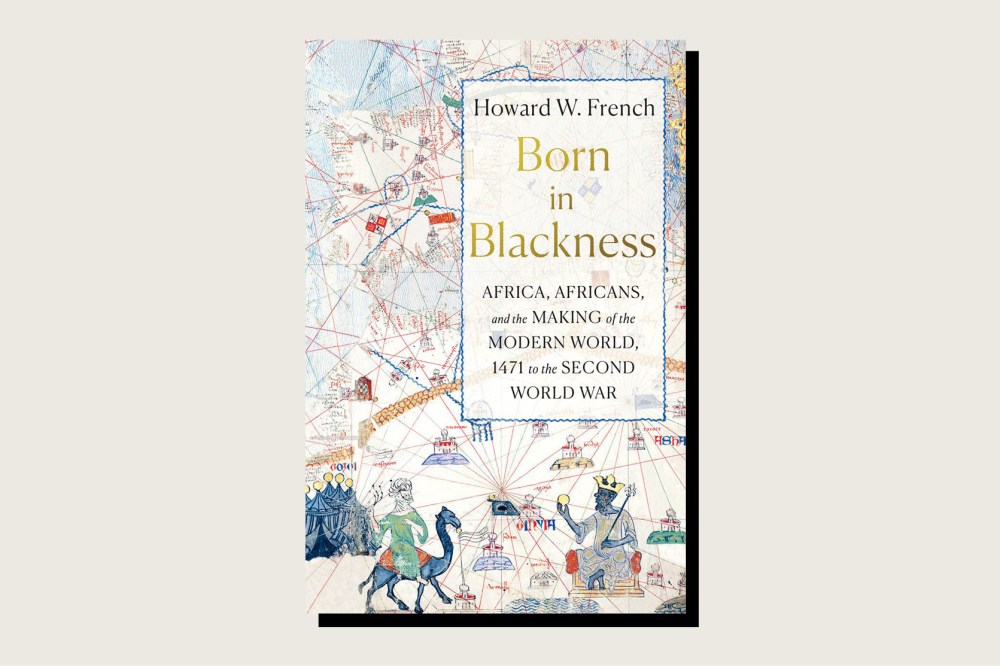 In Born in Blackness, author and longtime New York Times foreign correspondent Howard French presents the story of how European contact with—and exploitation of—Africa and Africans, starting in the early 15th century, provided the economic and technological foundations of the European colonial project and, by extension, the modern world.

It’s also the story of a war waged against Black people across six centuries, all the way to the Jim Crow-era American South, that made the West’s development possible—as well as the story of the demographic and economic devastation that war wrought in Africa.

Informed by observations from French’s many years of reporting in Africa and the Caribbean, as well as extensive historical research, French’s book attempts to fill critical gaps in the Western historical narrative. These gaps exist due not to lack of information but because of active erasure, what French calls “silence and enforced ignorance.” 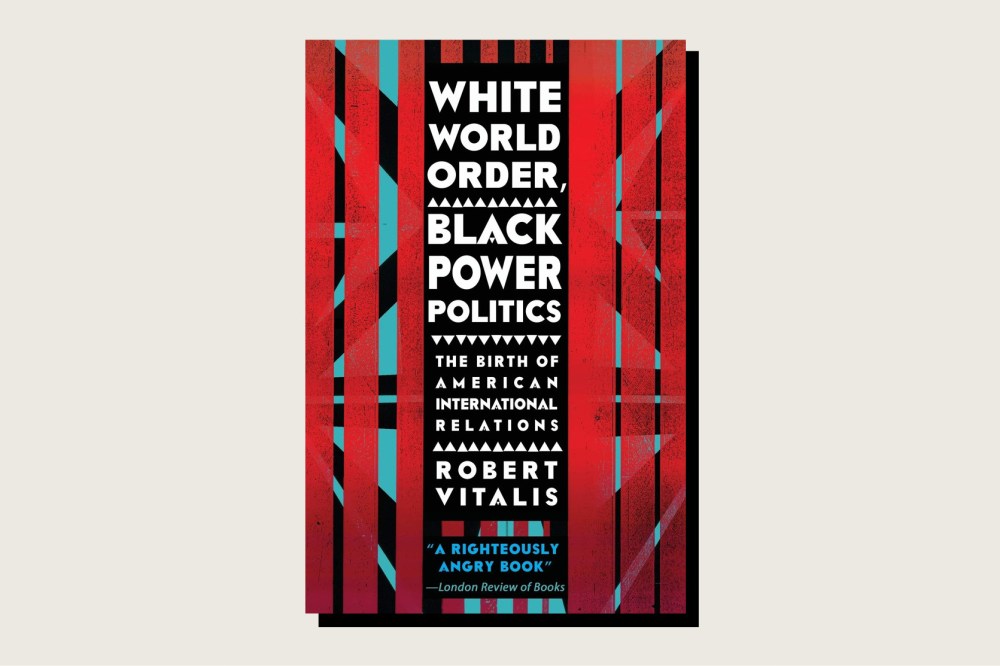 White World Order, Black Power Politics explores the forgotten (and, indeed, erased) racist and imperialist foundations of international relations as an academic discipline in the United States, as well as the forgotten (and, again, erased) contributions of Black intellectuals such as W.E.B. Du Bois and Alain Locke and of Black institutions such as Howard University to the field.

The New Age of Empire: How Racism and Colonialism Still Rule the World 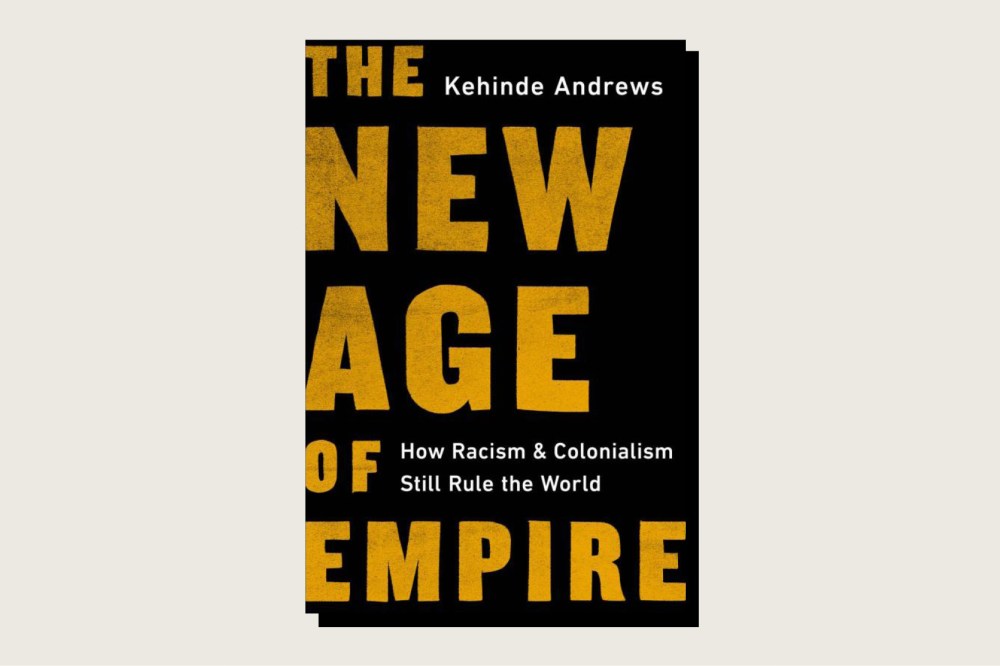 In The New Age of Empire, Kehinde Andrews, professor of Black studies at the United Kingdom’s Birmingham City University, dismantles the notion that we live in a postcolonial, post-imperial, and post-racial world, arguing that the United States has become “the centre of modern colonial power.” He examines, for instance, how institutions such as the World Bank, International Monetary Fund, and United Nations perpetuate the logic of colonialism and empire in the guise of development.

Perhaps most compelling for those interested in foreign policy and international relations is his argument that China’s economic growth, along with that of other parts of the “underdeveloped world,” is still based on the system of white supremacy and racial capitalism established by the West.

“Diversifying those dining on the spoils of empire does not change the menu and there is nothing new about some Black and Brown people taking advantage of a framework designed to exploit them,” Andrews writes.

Worldmaking after Empire: The Rise and Fall of Self-Determination 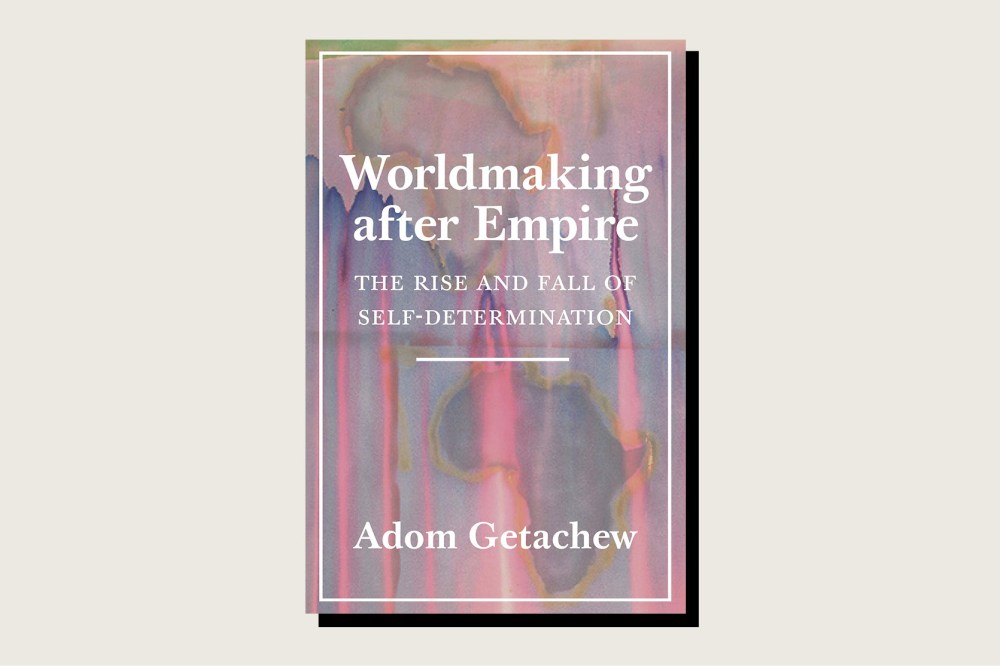 Political scientist Adom Getachew’s book Worldmaking after Empire examines the oft-overlooked global dimensions of the anti-colonial nationalist movement. Getachew argues that rather than just being a project of nation-building concerned with self-determination at the nation-state level, the postcolonial nationalist project also sought to radically remake the international order in a way “that would undo the hierarchies that facilitated domination” and imperialism.

The book provides a compelling look at how Black internationalist thought evolved throughout the postcolonial period and how its successes and failures, such as the institutionalization of the right to self-determination at the U.N. and the creation of regional federations in Africa and the Caribbean, continue to shape global politics today.

In Search of Power: African Americans in the Era of Decolonization, 1956-1974 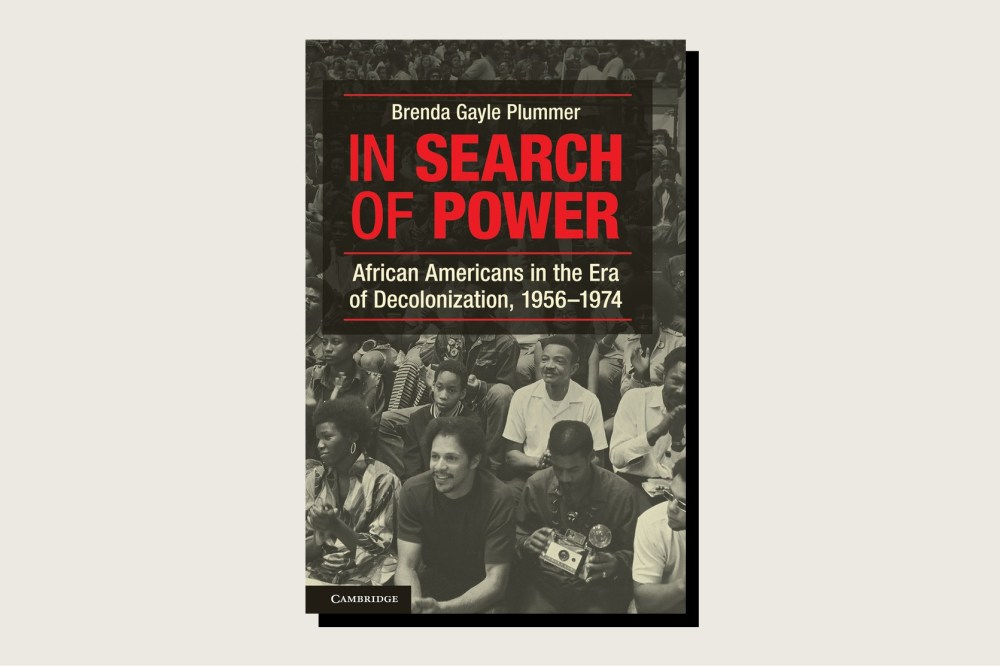 For a book that concerns itself with a time period of just 18 years, from the late 1950s to the mid-1970s, historian Brenda Gayle Plummer’s In Search of Power is vast in its breadth and scope.

The book explores the myriad ways U.S. race relations and the civil rights movement intersected with, influenced, and were influenced by anti-colonial movements in Africa and Asia, as well as how domestic race relations and African Americans’ experiences and efforts shaped U.S. foreign policy in one of the most tumultuous eras in modern U.S. and world history.

The Cold War and the Color Line: American Race Relations in the Global Arena 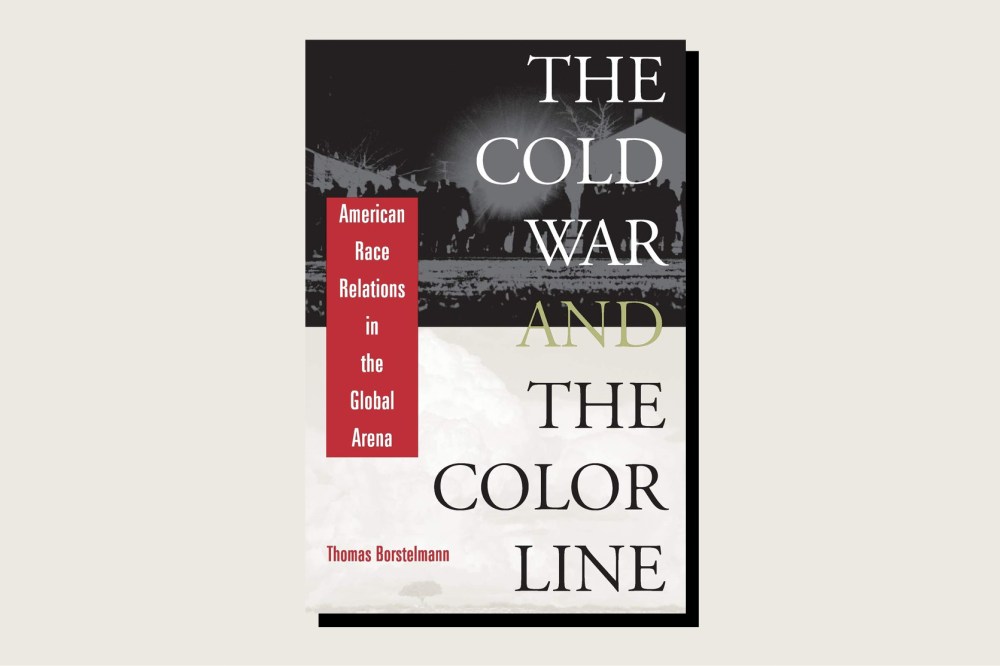 Like Plummer’s book, historian Thomas Borstelmann’s The Cold War and the Color Line also examines the interplay of U.S. race relations and U.S. foreign policy. Yet Borstelmann does so specifically within the framework of the Cold War—including the geopolitical struggle between the United States and the Soviet Union (and, to a lesser degree, communist China), and the ideological struggle between capitalism and communism more generally.

The book focuses on how the U.S. government post-World War II grappled with the dual emergence of anti-colonialism and self-determination movements abroad and the struggle for racial equality at home, particularly in the American South.

The Other Side of Terror: Black Women and the Culture of US Empire 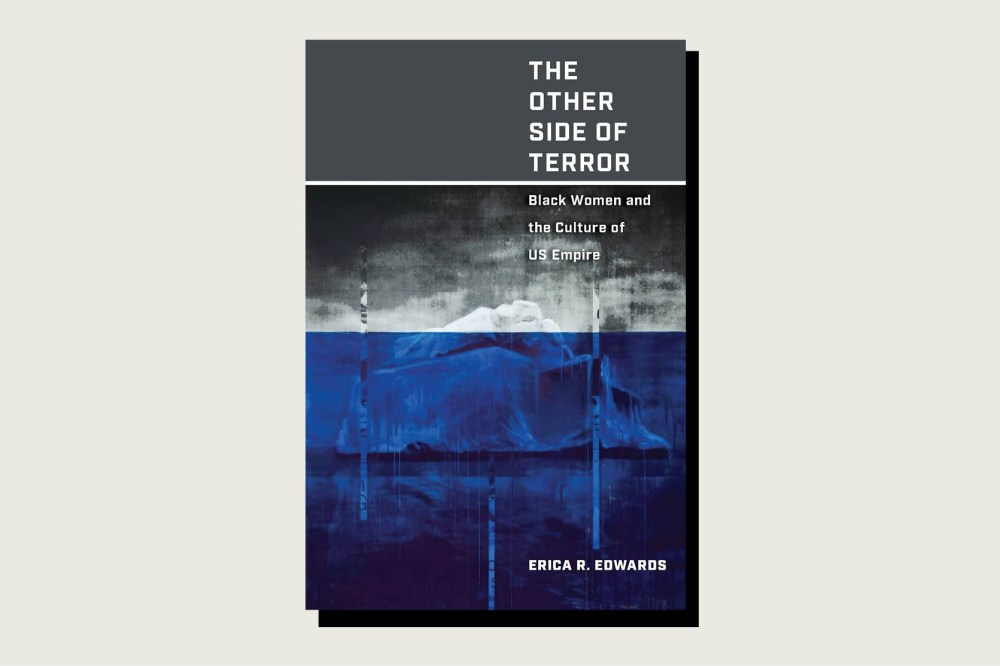 In The Other Side of Terror, Erica R. Edwards, an expert on African American literature and feminist studies, examines U.S imperialism through the lens of Black feminist theory. The book provides a fascinating scholarly look at how the United States’ “long war on terror”—which Edwards defines as the period beginning in the late 1960s that saw domestic U.S. counterterrorism efforts targeting such groups as the Black Panthers and Black Liberation Army, continuing through the Ronald Reagan-era counterinsurgencies, and culminating in the U.S. wars in Iraq in the 1990s and 2000s—transformed Black feminist thought and writing. She also examines how Black women in America, from Angela Davis to Condoleezza Rice, both pushed back against and in some cases were co-opted by the project of U.S. empire.

You are commenting as . Change your username | Log out
Tags: History, Race and Ethnicity, U.S. Foreign Policy, United States

NEW FOR SUBSCRIBERS: Want to read more on this topic or region? Click + to receive email alerts when new stories are published on U.S. Foreign Policy, United States

FP experts identify the important trends and events to look out for in the coming year.