Amid Russia’s War, NATO Isn’t Taking Its Eye Off China

NATO plans to deal with Russia today and China tomorrow.

Welcome back to Foreign Policy’s SitRep. Robbie here, riding solo this week while Jack is getting some much-needed R&R.

Since Jack isn’t here to stop me, I’m using my executive privilege to totally geek out on NATO stuff in this week’s newsletter. Be warned: This edition is only for the most extreme of adrenaline junkies, as I’ll be diving into some decades-old archives on NATO enlargement. Thrilling stuff.

Alright, here’s what’s on tap for the day: NATO keeps China on its radar as its foreign ministers convene in Brussels, Finland and Sweden edge closer to joining NATO, and a vote in Congress on NATO that took a lot of people by surprise.

Welcome back to Foreign Policy’s SitRep. Robbie here, riding solo this week while Jack is getting some much-needed R&R.

Since Jack isn’t here to stop me, I’m using my executive privilege to totally geek out on NATO stuff in this week’s newsletter. Be warned: This edition is only for the most extreme of adrenaline junkies, as I’ll be diving into some decades-old archives on NATO enlargement. Thrilling stuff.

Alright, here’s what’s on tap for the day: NATO keeps China on its radar as its foreign ministers convene in Brussels, Finland and Sweden edge closer to joining NATO, and a vote in Congress on NATO that took a lot of people by surprise.

NATO Keeps an Eye on China as Russia Dominates Headlines

Russia’s invasion of Ukraine unsurprisingly dominated the agenda at a meeting of NATO foreign ministers in Brussels on Thursday.

But there was another part of the meeting that was perhaps lost in the fray: a new diplomatic milestone that showed how the alliance is trying to grapple with the rise of China as a global superpower, even as it deals with the immediate crisis of Russia’s massive invasion of Ukraine.

East meets West. Top diplomats from Japan, South Korea, Australia, and New Zealand joined the semi-regular meeting of NATO foreign ministers. This is a first, as Julianne Smith, the U.S. ambassador to NATO, told reporters in a briefing this week.

Their attendance is aimed at showing the Kremlin that European and Asian partners are on the same page about condemning Russia’s invasion and ramping up diplomatic and economic pressure on Moscow.

But it’s also about sending a message to China, something top Biden administration officials are pushing for even as they grapple with the immediate crisis in Ukraine.

Double trouble. “This is now for the U.S. one Eurasian theater. We’re looking at the challenge of both Russia and China [in the] long term in similar ways,” said Heather Conley, head of the German Marshall Fund think tank. “We’re going to have to have a NATO that prioritizes collective defense for Europe while at the same time being able to build greater partnerships and bridging mechanisms to our Indo-Pacific allies.”

Before Russia’s invasion, NATO was beginning to think through how to address China as a geopolitical threat, thanks to some not-so-subtle prodding by Washington.

A fresh strategy. NATO is slated to release a new “Strategic Concept” document later this year—the guiding document meant to map out the alliance’s strategy for decades to come. Before Russia’s invasion, China was expected to get top billing in the Strategic Concept, with Russia coming in as a close second.

Flip the script. “The effect of this crisis has been to flip that order,” said Rose Gottemoeller, a scholar at Stanford University’s Hoover Institution and former deputy secretary-general of NATO. “Russia will be very much front and center, as it has been historically, but … China will not be ignored either.”

“China will be, for the first time, present in a NATO Strategic Concept. It just won’t be the kind of top headline that it would have been should this crisis in Ukraine not have occurred,” she added.

West beats East? Still, China is a much more difficult threat for the alliance to grapple with, Conley said. Beyond simple geography, that’s because it’s not a traditional and straightforward challenge that NATO has had decades of practice with, unlike collective defense against Russian threats to Europe.

It’s also because Europe is so economically interlinked with China, and not all Europeans see China as the existential threat Washington does—even before Russia’s invasion of Ukraine sucked all the oxygen out of the diplomatic rooms in Brussels.

“The Russia threat is so overwhelming right now … that I don’t think Europeans are politically prepared nor have the fortitude right now to be able to think that broadly [on China], but Washington is, of course, thinking that broadly now,” Conley said.

U.S. President Joe Biden nominated Linda Fagan to be the next commandant of the U.S. Coast Guard. If confirmed, she would be the first woman ever to command a U.S. military branch.

The Senate intelligence committee held a hearing on Wednesday for Kate Heinzelman to be general counsel of the CIA.

The Senate Foreign Relations Committee is holding a nomination hearing on Thursday for four of Biden’s ambassador picks: Caroline Kennedy for Australia, Philip Goldberg for South Korea, MaryKay Carlson for the Philippines, and Marc Nathanson for Norway.

Michael Horowitz, director of the University of Pennsylvania’s Perry World House, is joining the U.S. Defense Department as director of the department’s new Office of Emerging Capabilities Policy.

Julia Friedlander is leaving the Atlantic Council to become CEO of the Atlantik-Brücke nonprofit organization.

Second thoughts? Two interesting data points shed light on an interesting trend in U.S. politics and the Republican Party on NATO. The first is what was supposed to be an innocuous, symbolic vote in the House of Representatives expressing support for NATO. It passed, unsurprisingly, but 63 Republican lawmakers—nearly a third of the whole party in the House—voted against it.

The second is a new Pew Research poll that shows 47 percent of conservative Republicans think the United States doesn’t benefit from NATO membership (while 82 percent of Democrats believe the country benefits “a great deal/fair amount” from NATO membership). The Republican Party has traditionally been a bastion of support for NATO and still is by a wide margin in Congress and a slimmer margin in public opinion. But is that all changing?

Let’s take our relationship to the next level. After decades of careful military nonalignment, Finland is on the cusp of joining NATO thanks to Russian President Vladimir Putin’s invasion of Ukraine, as FP reported this week. Neighboring Sweden is a little further behind but likely to join if Finland takes the plunge, defense analysts and European officials said.

Everyone in NATO seems on board with the matter despite the fact that it could further inflame tensions with Moscow. (Both Finland and Sweden’s foreign ministers also joined the big NATO meeting on Thursday.) Adding Finland will more than double the length of NATO’s total border with Russia, from around 750 miles currently to nearly 1,600 miles. 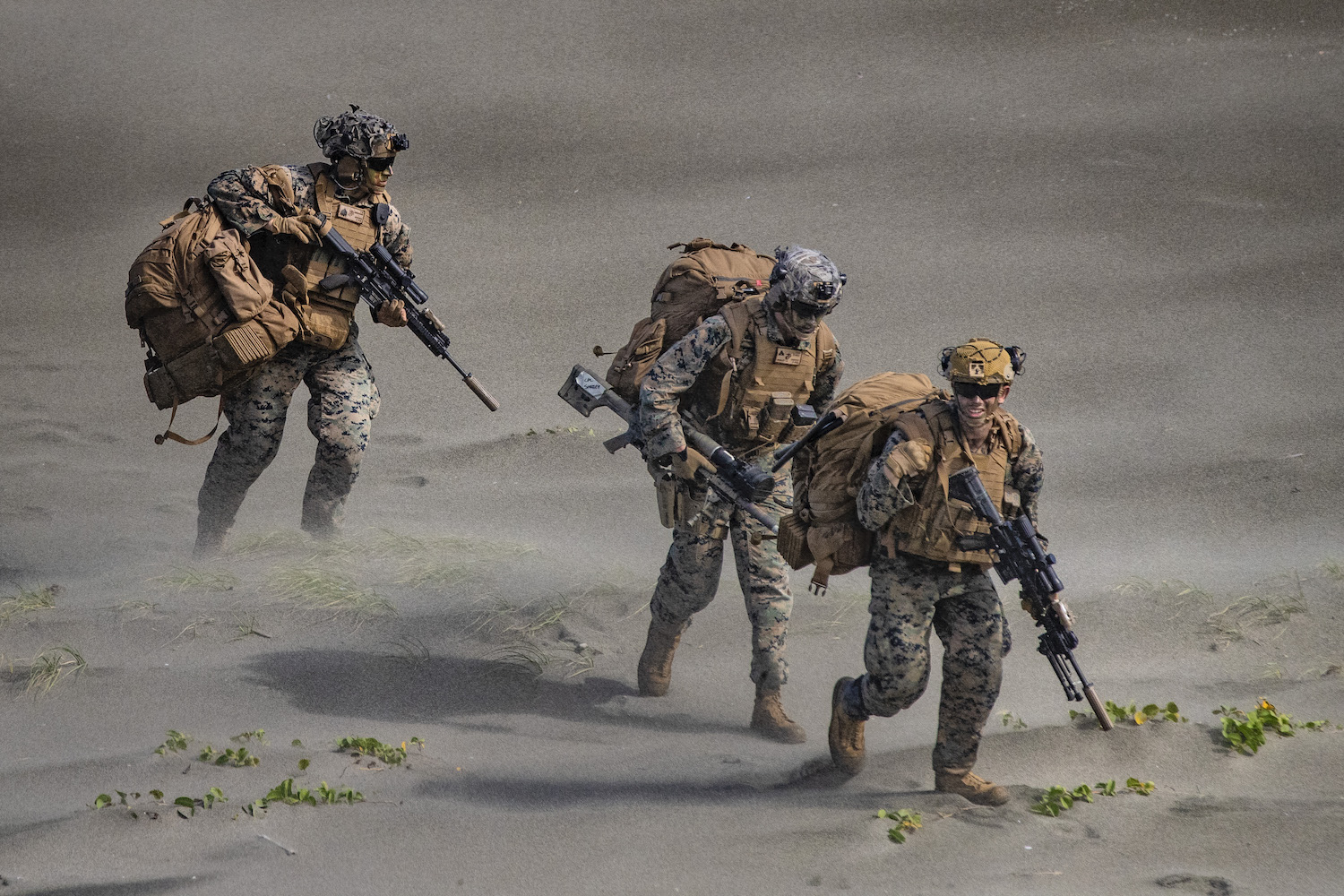 The gathering storm. Russia’s invasion of Ukraine was in part a culmination of decades of tension between the West and Moscow over NATO enlargement. A now declassified memo from December 1994 sheds light on how long this dispute has been brewing.

The memo, from Nicholas Burns (who is now U.S. ambassador to China) to then-U.S. Deputy Secretary of State Strobe Talbott, came on the heels of a meeting in Budapest, Hungary, between then-U.S. President Bill Clinton and his then-Russian counterpart, Boris Yeltsin. Yeltsin surprised the Americans with an angry speech about NATO expansion, accusing a “domineering” Washington of trying to “split [the] continent again” by enlarging the alliance.

Yeltsin “pissed off” Clinton. Clinton was “really pissed off and his anger grew when we returned to Washington,” Burns wrote Talbott in a blunt memo on the plane ride back from Budapest.

“[Clinton] wants us to figure out how to improve our communications with Russia on NATO. He asked me whether or not we should try to be more frank with the Russians by giving them a more specific sense of how we saw the expansion process unfolding,” Burns wrote. “He understands that, in addition to the problem of Yeltsin dumping on us in public, we must also deal with Russia’s real and legitimate security concerns about NATO expansion.”

A diplomatic triumph… That meeting that pissed off Clinton so much wasn’t a total loss though. It led to the 1994 Budapest Memorandum on Security Assurances, in which the United States, Britain, and Russia vowed to respect the independence and sovereignty of Ukraine—a pledge that led to Kyiv giving up its massive arsenal of Soviet-era nuclear weapons in a hallmark victory for global nuclear nonproliferation.

…With a tragic ending. The rest is history. Russia violated that memorandum in 2014 with its first, limited invasion of Ukraine and illegal annexation of Crimea. Then, it violated it again in February with a massive invasion.

As for Clinton’s request that the State Department find ways to soothe Russia over NATO expansion, well…

Sunday, April 10: France holds its first round of presidential elections.

Wednesday, April 13: Stacey Dixon, the principal deputy director of national intelligence, speaks at the Center for Strategic and International Studies.

Dancing is the best form of deterrence. Since we’re on the subject of NATO, please enjoy this video of a bunch of NATO leaders awkwardly swaying while singing “We are the World” during a big NATO meeting in Turkey in 2015. Viewer discretion advised.

NEW FOR SUBSCRIBERS: Want to read more on this topic or region? Click + to receive email alerts when new stories are published on Security, China, Russia, Europe