Welcome back to Foreign Policy’s SitRep! Jack and Robbie here for another edition of all the national security news you need to catch up on this week.

But first, catch up on the big news out of the Netherlands this week, where thieves orchestrated a great cheese heist to make off with 161 wheels of Gouda worth $22,000 in the dead of night.

Alright, back to the NatSec news now. Here’s what’s on tap for the day: U.S. President Joe Biden prepares for his big Asia trip, what Mariupol’s fall would mean for Russia’s invasion of Ukraine, the United States and China scramble in Oceania, and Mexico disbands an elite counternarcotics unit.

Welcome back to Foreign Policy’s SitRep! Jack and Robbie here for another edition of all the national security news you need to catch up on this week.

But first, catch up on the big news out of the Netherlands this week, where thieves orchestrated a great cheese heist to make off with 161 wheels of Gouda worth $22,000 in the dead of night.

Alright, back to the NatSec news now. Here’s what’s on tap for the day: U.S. President Joe Biden prepares for his big Asia trip, what Mariupol’s fall would mean for Russia’s invasion of Ukraine, the United States and China scramble in Oceania, and Mexico disbands an elite counternarcotics unit.

Biden Touches Down in Asia

First, U.S. Secretary of State Antony Blinken and U.S. Defense Secretary Lloyd Austin traveled to Asia. Then, dozens of members of Congress—risking China’s ire—touched down in Taiwan. But 15 months after getting inaugurated and calling the Indo-Pacific his top foreign-policy priority, U.S. President Joe Biden himself has yet to touch down in the region.

That’s set to change next month, with Biden expected to make a trip to Japan, where he’ll participate in a summit of the Quadrilateral Security Dialogue countries, and South Korea, where he’s meeting with the country’s incoming president as neighboring North Korea steps up provocative weapons tests.

And Biden also has a summit of the Association of Southeast Asian Nations—a bloc that has called out the new U.S. administration for emphasizing the so-called Quad as a pillar of regional diplomacy—in mid-May.

The South Korea trip could be the most critical for Biden, as President-elect Yoon Suk-yeol is signaling some big shifts in Seoul’s foreign policy once he takes office. In short, that boils down to stepping back from its laser focus on North Korea and cooperating more with the United States and other European allies on global issues.

“We should not only focus on relations with North Korea but rather expand the breadth of diplomacy in the EU and throughout Asia, with the South Korea-U.S. relationship as our foundation,” Yoon told the Washington Post in a recent interview. “We should take on a greater role in fulfilling our responsibility as one of the top 10 economies in the world.”

What does that mean? Likely more proactive cooperation from South Korea on global diplomatic and economic reprisals against Russia for its invasion of Ukraine and possibly closer cooperation with the United States on countering China.

There’s also hope in some corners of Washington that South Korea could join the Quad—the relatively new forum for the United States, India, Australia, and Japan. (Officially, no one refers to it as an anti-China bloc, but that’s effectively what it amounts to in the eyes of U.S. strategists.) South Korea has batted down those rumors, at least so far.

Keep up each week with who’s rising and falling (and falling, and falling) in the struggle for political relevance. Sign up for the Surge from Slate, written by senior politics writer Jim Newell.

In the think tank world, Max Bergmann has left the Center for American Progress to join the Center for Strategic and International Studies as its new director of the Europe program.

The fall of Mariupol. Russia appears poised to capture the strategic Ukrainian port town of Mariupol after weeks of indiscriminately bombarding the city to compel the surrender of surrounded Ukrainian forces. There is still a last pocket of Ukrainian resistance holding out in the city’s sprawling steel plant that Russian forces have yet to attempt to storm.

The fall of Mariupol could provide Russia its first major battlefield victory after two months of war and open up a land bridge between Russia and its forces pushing northward from Crimea.

Carry a big Javelin. Meanwhile, Western countries, including the United States, are continuing to ramp up the delivery of weapons to Ukraine as it prepares to repel a major Russian offensive in the country’s eastern Donbas region. Biden announced at the White House this morning that the United States would provide $800 million more in military aid to Ukraine, including dozens of howitzer artillery systems, tactical drones, and more than 100,000 artillery rounds.

The aid comes ahead of the toe-to-toe fighting with Russian forces that’s expected in the flatter terrain of the Donbas region, where Russian President Vladimir Putin has ordered the newest offensive.

Playing catch up. China clinched a new security pact with the Solomon Islands that could allow Beijing to expand its footprint in Oceania, much to the dismay of team Biden and its regional allies, Australia and New Zealand. Top Biden officials traveled to the Solomon Islands after the news was announced, and U.S. National Security Advisor Jake Sullivan met on Wednesday with Micronesian President David Panuelo to discuss the matter.

Craig Singleton, a scholar at the Foundation for Defense of Democracies think tank, tweeted that Biden’s decision to send a delegation to the Solomon Islands after the deal with China was already set is “too little too late.”

Disbanded. An elite Mexican counternarcotics unit that has worked closely with the U.S. Drug Enforcement Administration for decades is no more, Reuters reports. The Mexican government disbanded its so-called Sensitive Investigative Unit, which played a key role in some of the biggest drug cartel-busting cases in recent years, including the capture of Joaquín “El Chapo” Guzmán, head boss of the Sinaloa cartel.

It’s still unclear why the Mexican government made its decision. 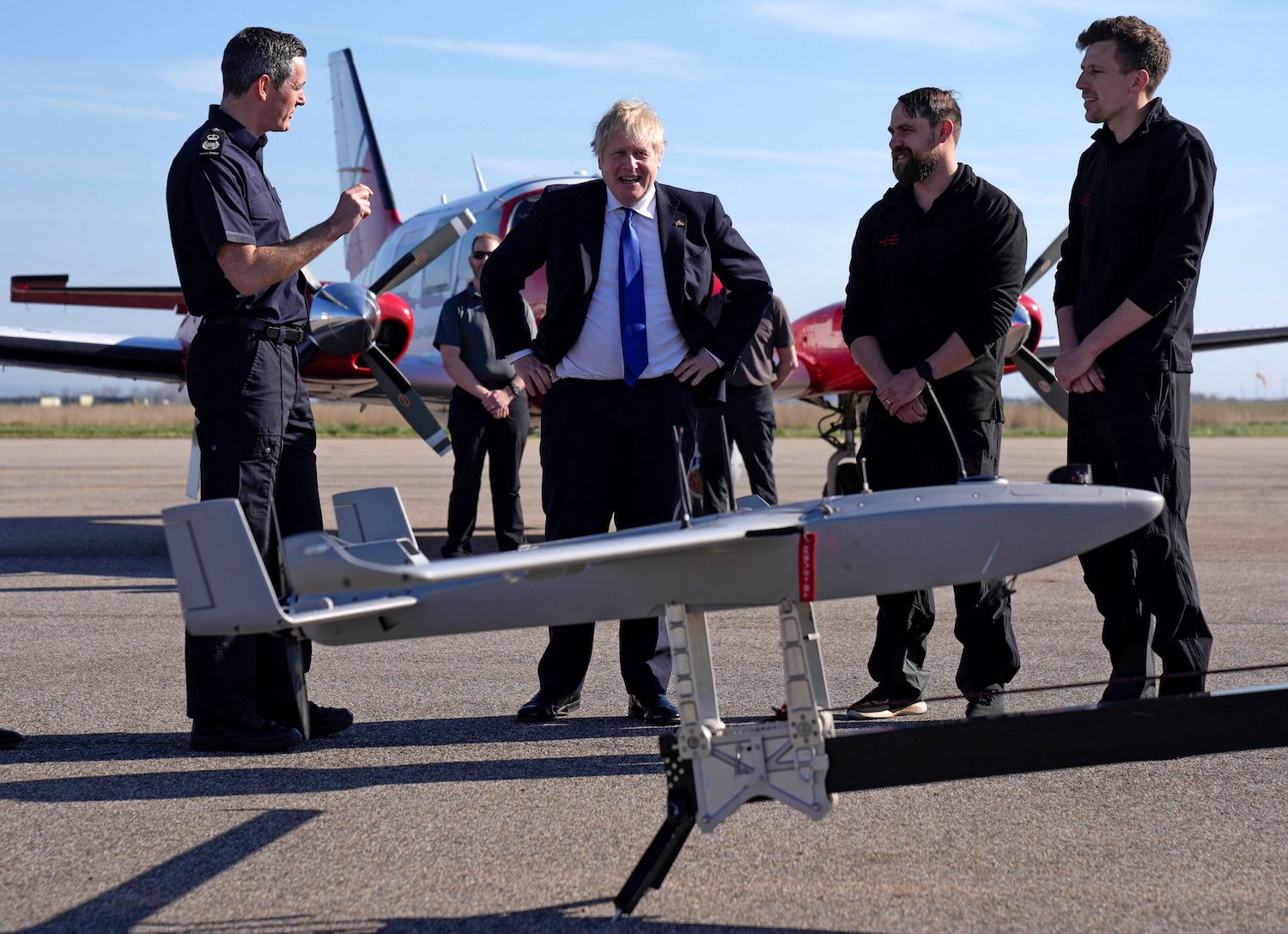 “To modernize Teddy Roosevelt’s famous advice, ‘Sometimes we will speak softly and carry a large javelin.’ Because we’re sending a lot of those in as well.”

Sea shanty. The pro-Russian breakaway Luhansk People’s Republic in Ukraine appears to have poached a 19th-century New Zealand sea shanty “Wellerman”—which became a viral TikTok last year—for one of its new national songs, released in a low-budget music video. No, we’re not kidding.

You are commenting as . Change your username | Log out
Tags: Asia, Foreign & Public Diplomacy