This Power Map includes a glossary feature developed exclusively for FP Insider, which defines the key terms used throughout the report. To view definitions, touch on the terms that are underlined in gray. 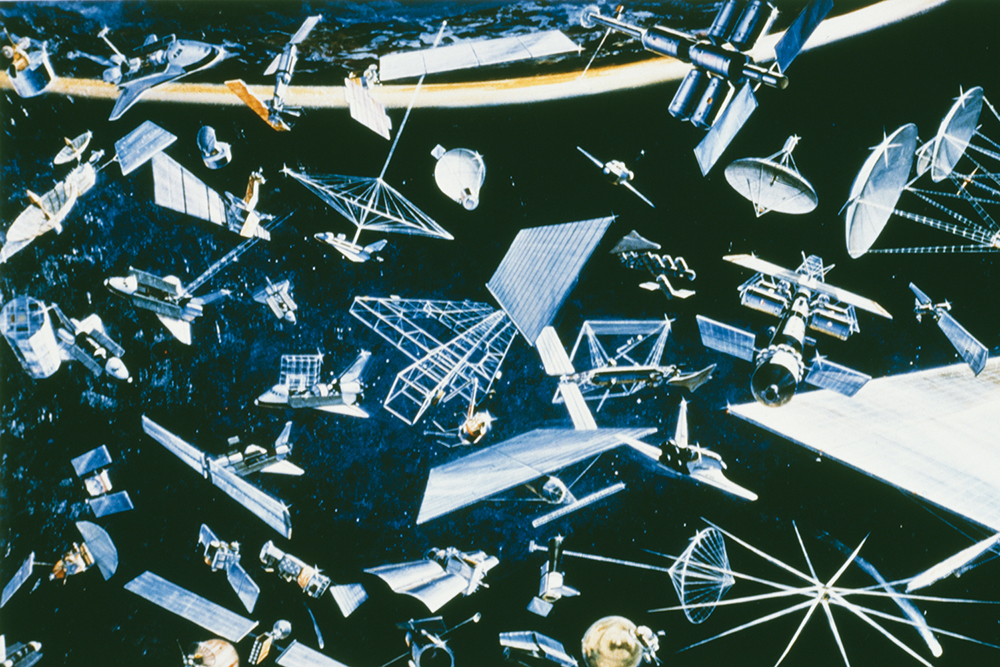 Key Trends and Issues in Space

When the Soviet Union launched the first artificial satellite, Sputnik I, into orbit in 1957, it marked a turning point in the “Space Race” between the Soviet Union and the U.S. against the backdrop of the Cold War. From 1957 to 1990, the two countries accounted for 93 percent of all satellites launched into space, with about 70 percent of their launches for military satellites. Today, the world has become dependent on space systems beyond military uses, relying on space-based services and data to support the global economy and daily life. However, space is a fragile environment, threatened by natural occurrences, such as space weather and human activities, which can generate debris and harm space systems. The proliferation of space actors and new technologies heightens risks to space safety and stability and requires more sophisticated and agile regulatory guardrails.

The current situation:  Countries are increasingly seeking to establish autonomous capabilities to access, operate, and benefit from space activities. Seventy-seven countries and multilateral organizations have at least one satellite orbiting Earth. Nine countries and one regional organization (the European Space Agency) possess launch capabilities. Given the growing presence of space objects in orbit and the entry of new space actors, effective space traffic management (STM) is vital to ensure safe space operations. International STM standards and best practices are necessary, but regulatory progress has stalled due to limited consensus on the content of regulations alongside technical challenges, such as information sharing, data format standardization and integration, and limited object maneuverability in space. Footnote 1

What’s at stake: With more actors developing and deploying new technologies and space systems, competition over the Moon, space resources, and limited orbital slots, such as cislunar Lagrange points, risks the potential for collisions between objects and for conflict in space or for terrestrial-based conflicts to extend there, particularly among great powers. As the world’s dependence on satellites grows, the obstruction or degradation of space-based services could result in severe economic and security losses. Maintaining access to space is critical, particularly for developing countries, which generally do not have the financial or technological means to deploy their own space systems but rely on space-based assets for crucial services.

Space exploration is expanding—from a select few spacefaring nations to a diverse set of public- and private-sector actors that are pursuing ambitions of varying scale.

Note: Figures include satellites, probes, landers, crewed spacecraft, and space station flight elements launched into Earth’s orbit or beyond. Source: The UN Office of Outer Space Affairs via Our World in Data

The current situation: Technological innovations, decreased launch costs, growing availability of space hardware, and increased government support for their domestic commercial space industry has prompted the so-called “New Space Revolution.” Commercial space activity skyrocketed from $110 billion in 2005 to $357 billion in 2020. In 2020, commercial activity accounted for 80 percent of the $447 billion global space economy. Private firms are also increasingly supporting and, in some cases, replacing, government projects in space and becoming leaders in space exploration. For instance, U.S.-based firms SpaceX and Axiom Space are building a commercial space station to replace the International Space Station by 2030.

by following the prompts below.

Climate Finance and Geostrategic Interests in the Pacific

Foreign investment in climate adaptation in the Pacific Islands will be key to sustainable development and security in Asia.