Both Israel and Saudi Arabia want a stronger deterrence stance on Iran.

Welcome back to Foreign Policy’s SitRep! Jack here. Robbie has escaped out West again. Maybe on his way back he can stop by the Indiana State Fair and have a bite of this terrifying pickle pizza that’s making the rounds on the internet.

Alright, here’s what’s on tap for the day: U.S. friends in the Middle East are getting (even) more nervous about Iran, Britain insists it’s business as usual on Ukraine after Boris Johnson, and basketball star Brittney Griner pleads guilty in a Russian court.

Welcome back to Foreign Policy’s SitRep! Jack here. Robbie has escaped out West again. Maybe on his way back he can stop by the Indiana State Fair and have a bite of this terrifying pickle pizza that’s making the rounds on the internet.

Alright, here’s what’s on tap for the day: U.S. friends in the Middle East are getting (even) more nervous about Iran, Britain insists it’s business as usual on Ukraine after Boris Johnson, and basketball star Brittney Griner pleads guilty in a Russian court.

U.S. President Joe Biden is off to Israel and Saudi Arabia next week, and by the administration’s own account, the talks for a new Iran nuclear deal are not going too well. U.S. Special Envoy for Iran Robert Malley said earlier this week that Tehran is much closer to having enough fissile material for a nuclear bomb, with the breakout time down possibly to as little as a week.

That has unnerved both Israel—which is already set for new elections in November—and Saudi Arabia, which both fear a resurgent Iran undermining their security. And ahead of Biden’s visit, the two American partners, which are edging closer to an Abraham Accords-like normalization first initiated by the Trump administration, are worried by the uptick in Iran adding more centrifuges while nuclear diplomacy collapses.

But either way, the name of the game for the Israelis, Biden’s first stop, is deterrence. Though most bilateral and multilateral defense ties in the Middle East are fairly nascent, at best, with no NATO standards for interoperability, a senior Israeli official said on Wednesday that the United States was working on a plan to better integrate regional air and missile defenses—something that already has backing in Congress—given Iran’s progress in developing medium- and long-range ballistic missiles.

“It’s not a plan B,” the senior Israeli official said, speaking anonymously according to ground rules set by the Israeli government. “Because even if there’s a new nuclear deal with Iran, it does not cover what Iran is doing in the region.” Israel and the Arab countries will still have to deal with Iranian proxies, missiles, drones—and potentially, they worry, an injection of more cash into Iran’s coffers.

“Iran has to see facing it a credible deterrent,” the official said. “They have to realize that if they cross certain lines and take certain risks, there would be consequences.

Biden tapped a slew of new nominees after the Independence Day holiday.

The White House nominated Phil Washington, the CEO of Denver International Airport, to be the next administrator of the Federal Aviation Administration, after Donald Trump-appointed Steve Dickson stepped down in March. Washington would be the first Black head of the agency.

Biden is also continuing to try to fill the State Department’s ranks, tapping Henry Jardine, a career foreign service officer, to be the next U.S. ambassador to Mauritius and the Seychelles. Biden has nominated more than 120 ambassadors—more than Presidents Barack Obama, George W. Bush, or Trump at this point in their administrations—but the Senate has confirmed only 72 of them.

Biden has also selected Diane Kaplan to head up the Corporation for Public Broadcasting. Her nomination was made possible by contributions from viewers like you.

Over in the private sector, the law firm Morrison Foerster has added Rachel Fiorill, a former enforcement section chief at the U.S. Treasury Department’s Office of Foreign Assets Control.

Defense Secretary Ben Wallace, one of the leading contenders for the top job at No. 10 Downing St. with Johnson’s exit, said that “Britain is full square behind” Ukraine in comments to the press today, regardless of the prime minister’s resignation.

Common enemy. The British and American domestic security chiefs held a rare press conference in London on Wednesday to sound the alarm about their biggest common threat: China. FBI Director Christopher Wray indicated that China had interfered in recent U.S. elections, while MI5 chief Ken McCallum said the British agency had more than septupled investigations into Chinese Communist Party activity in the past four years.

How are the strong words going down in Beijing? Not so well. Chinese foreign ministry spokesman Zhao Lijian said British intelligence was trying to “hype up the China threat theory” and told McCallum to “cast away imagined demons.”

How do you plead? American basketball star Brittney Griner pleaded guilty to drug smuggling charges in a Russian court on Thursday that could land her in prison for a decade, despite the Biden administration’s repeated attempts to bring the former WNBA champion home. Griner said she “unintentionally” brought vape cartridges containing hash oil into Russia during a trip to the country in February.

In a letter to Biden earlier this week, Griner pleaded with the White House to secure her freedom, and family members have urged the U.S. administration to do more. 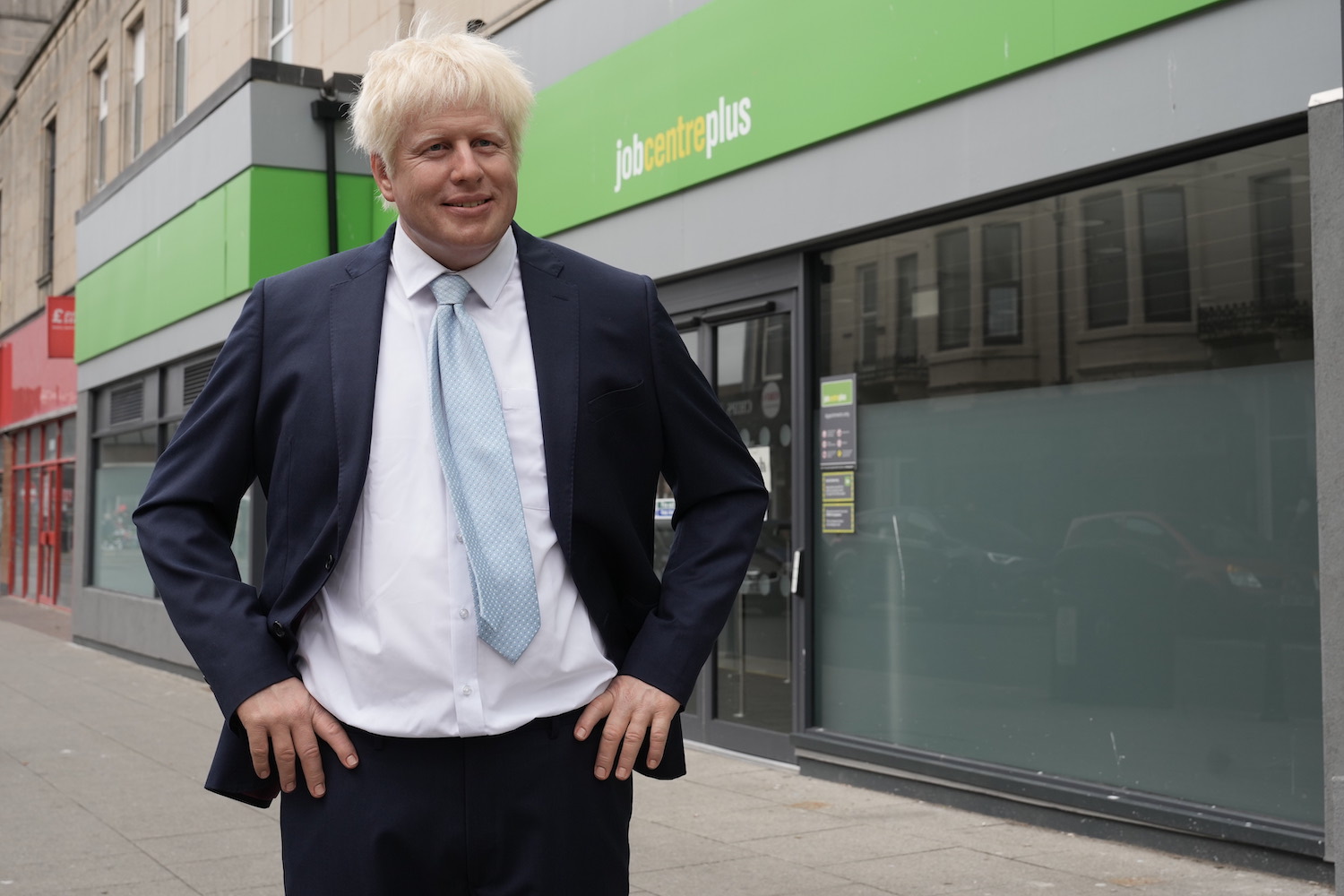 A wax figurine of Boris Johnson with his hands on his hips.

A waxwork of British Prime Minister Boris Johnson stands in front of a job center in Blackpool, England, on July 7. Christopher Furlong/Getty Images

Sunday, July 10: The United Nations’ resolution for cross-border aid into Syria is set to expire.

Tuesday, July 12: The Pacific Islands Forum is set to begin a two-day leaders’ meeting in the wake of a blockbuster Chinese security pact in the Solomon Islands that has unnerved the United States and Australia.

Wednesday, July 13: U.S. President Joe Biden begins a visit to Israel and Saudi Arabia that is also likely to see him slip into the Palestinian territories.

Poisonous leadership. The U.S. Navy commander in Hawaii who misled families into drinking water contaminated by a massive fuel spill was recently given the Legion of Merit, a top service award, on his way out the door, Task and Purpose reports. Capt. Erik Spitzer, formerly the commander of Joint Base Pearl Harbor-Hickam, had told residents that water at the Red Hill facility—which was later found to be contaminated—was safe to drink.

You are commenting as . Change your username | Log out
Tags: Middle East and North Africa, Nuclear Weapons, United States

NEW FOR SUBSCRIBERS: Want to read more on this topic or region? Click + to receive email alerts when new stories are published on United States, Middle East and North Africa

The Commonwealth Games Throw Down the Gauntlet on LGBTQ Rights

The Commonwealth Games Throw Down the Gauntlet on LGBTQ Rights