Welcome back to Foreign Policy’s SitRep! Jack and Robbie here, hoping everyone recovered from their post-Thanksgiving food hangovers and is gearing up for a nice holiday season.

Alright, here’s what’s on tap for the day: Turkey threatens another invasion of Syria, NATO faces an ammunition shortage in Ukraine, and the Iranian government steps up its support of terrorism.

Welcome back to Foreign Policy’s SitRep! Jack and Robbie here, hoping everyone recovered from their post-Thanksgiving food hangovers and is gearing up for a nice holiday season.

Alright, here’s what’s on tap for the day: Turkey threatens another invasion of Syria, NATO faces an ammunition shortage in Ukraine, and the Iranian government steps up its support of terrorism.

Another day, another diplomatic crisis for the Biden administration. On Wednesday, U.S. Defense Secretary Lloyd Austin worked the phones with Turkish officials in Ankara, trying to stave off a full-scale incursion by Turkish forces into northern Syria. And separately, James Jeffrey, a former U.S. ambassador to Turkey, was in Ankara to meet with Hulusi Akar, Turkey’s defense minister, in person.

Having a Pentagon chief dial up his Turkish counterpart hasn’t exactly stopped the United States’ NATO frenemy from wreaking havoc on Syria before, where around 900 U.S. troops are still based to help the Pentagon-backed Syrian Democratic Forces (SDF) (most of them Kurdish) fight off the remnants of the Islamic State. See 2019, when U.S. troops stood aside at the order of then-U.S. President Donald Trump, allowing a Turkish incursion into Syria.

“An invasion into the Kurdish areas of Syria and the direct targeting of elements of the [Syrian Democratic Forces] will do just that,” said Mick Mulroy, a former deputy assistant secretary of defense during the Trump administration. “Turkey has an absolute right to defend itself, but if it is attacking our partner [by] force, it needs to produce evidence that they were involved. If they cannot, the U.S. should insist they cease those operations.”

It’s already clear how disruptive another Turkish attack into Syria could be. Last week, a Turkish airstrike hit less than 1,000 feet from where U.S. forces are based in al-Hasakah. But stopping a Turkish incursion at the same time as Turkish President Recep Tayyip Erdogan faces a sagging lira, skyrocketing inflation, and a war on the other side of the Black Sea with Russia’s full-scale invasion of Ukraine could be a different matter from three years ago.

“There is no doubt that [the Islamic State] will benefit more than anyone else from this Turkish offensive,” SDF commander Gen. Mazloum Abdi said on Monday, as the group prepared to reposition forces away from the Islamic State fight to deal with the possibility of a Turkish onslaught.

Erdogan already used a rally of his Justice and Development Party to brag about the strikes into Syria that Turkey has carried out in recent days and a possible ground invasion to follow, making former officials worried that the window for diplomacy may be closing. “I think we’re late to it,” said Jonathan Lord, a senior fellow and director of the Middle East security program at the Center for a New American Security, a Washington think tank. “He has already politically walked himself out onto the branch.”

If the Turks do push for an incursion, then it might look a lot like the combination of airstrikes and ground invasion from 2019. The only difference, with strikes already wounding guards at the embattled Islamic State prison camp at al-Hol and knocking out power stations, is that it could be even more devastating, experts said.

“The stakes are a little bit higher,” Lord said. “Already, we’ve seen Turkish strikes target in and around al-Hol and killing guards. A breakout from al-Hol would be incredibly problematic. The strikes, by displacing people, by destabilizing the area, create problems on their own.”

There’s more to this war than Javelins and Bayraktars. There’s a detailed new report on the first five months of the war in Ukraine from the Royal United Services Institute, a British think tank, that’s well worth reading for anyone following the conflict. One of the report’s most important takeaways is that NATO countries’ stockpiles of arms and ammunition are “woefully deficient” for future conflicts.

The report also punches holes in public narratives from the early days of the conflict, which said anti-tank systems like Javelins and armed drones like the Turkish Bayraktar played a decisive role in Ukraine’s ability to stop the Russian offensive on Kyiv despite the internet fandom for these weapons. “Despite the prominence of anti-tank guided weapons in the public narrative, Ukraine blunted Russia’s attempt to seize Kyiv using massed fires from two artillery brigades,” the report concludes.

Exporting terrorism. The Iranian government is stepping up efforts to kidnap and kill critics of its regime based abroad, including human rights activists and dissidents in the United States and Canada, according to a new report from the Washington Post. According to data from the report, of the 124 foreign assassination plots planned by Iran since 1979, nearly one-third—36—have occurred since early 2020, shortly after the United States killed top Iranian Gen. Qasem Soleimani.

Spoiler alert. Efforts to end the deadly war in Ethiopia, which has cost an estimated half a million lives, aren’t going all that smoothly thanks to one of Ethiopia’s neighbors: Eritrea. Eritrea has aligned itself with Ethiopia’s federal government in fighting the Tigray People’s Liberation Front in Ethiopia’s northern Tigray region.

Although Ethiopian government officials and Tigrayan officials agreed to adhere to a peace deal hashed out in South Africa last month, Eritrean forces have continued targeting and attacking civilians in the region, according to new reports this week. 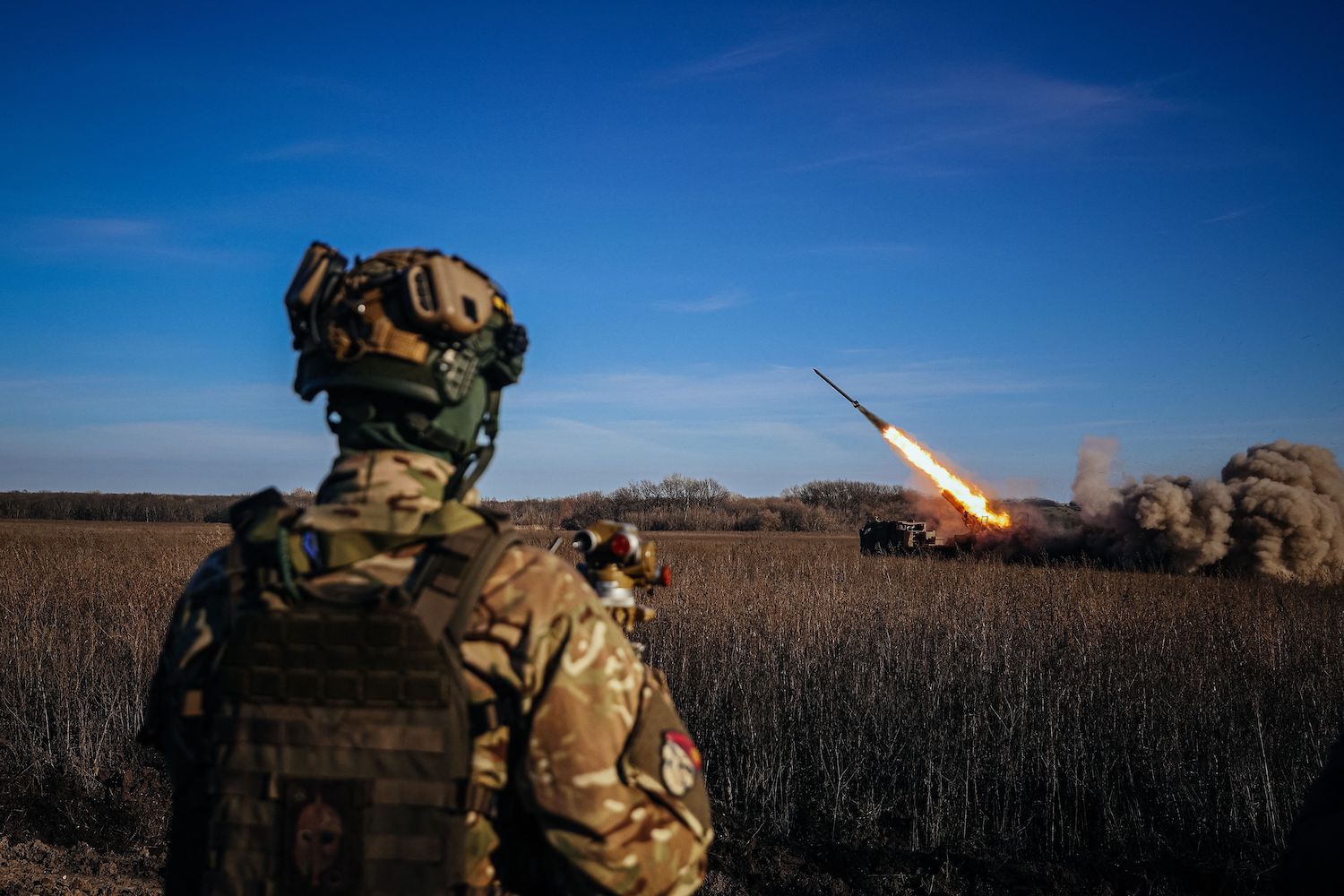 A soldier is seen from behind as they watch a rocket fired.

“We have the sanctions, we have pressure, we have diplomacy. If none of that works, the president has said, as a last resort, he will agree to a military option. But we’re not there.”

—Rob Malley, the U.S. special envoy for Iran, speaking to Foreign Policy on how the United States plans to stop Iran from becoming a nuclear power.

• What’s the Harm in Talking to Russia? A Lot, Actually. by Raphael S. Cohen and Gian Gentile

Remember Po from the Teletubbies? They named a country after him. Just kidding.

You are commenting as . Change your username | Log out
Tags: Middle East and North Africa, Syria, Turkey, War