Four stories stood out in a tumultuous 2022, from Sri Lanka’s economic crisis to Modi’s pushback against Putin.

This week, we look at four stories from the region that dominated the headlines in 2022, from Sri Lanka’s economic tumult to Indian Prime Minister Narendra Modi’s face-to-face with Russian President Vladimir Putin.

This week, we look at four stories from the region that dominated the headlines in 2022, from Sri Lanka’s economic tumult to Indian Prime Minister Narendra Modi’s face-to-face with Russian President Vladimir Putin.

All of this played out against a backdrop of high inflation, energy shortages, mounting public debt, plunging foreign reserves, floods, and drought. Amid the volatility, four stories stand out. They grabbed headlines, but they also highlight striking shared experiences of many countries in South Asia—a region that often struggles to be on the same page. 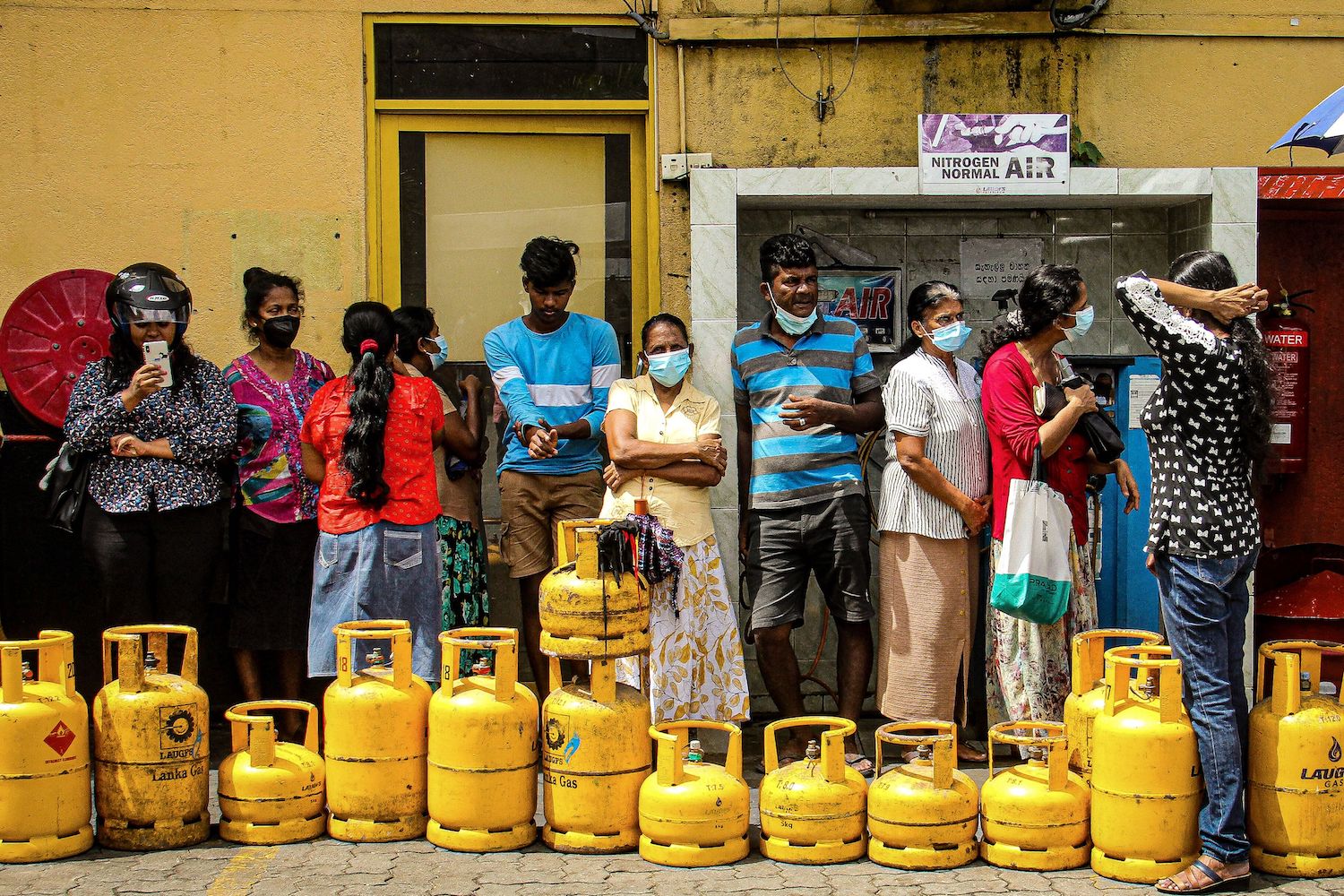 This year, more than a decade of bad economic policy caught up to Sri Lanka with catastrophic effects. Since emerging from civil war in 2009, successive Sri Lankan governments have fallen into a debt trap. In late 2019, then-newly elected President Gotabaya Rajapaksa enacted tax cuts, which deprived the government of much-needed revenue when the COVID-19 pandemic set in a few months later.

But Sri Lanka still spent heavily, leading to currency depreciation. Then, Rajapaksa banned chemical fertilizer in 2021, which drastically limited agricultural production and fueled rising food costs. As a result, Sri Lanka’s economy was especially vulnerable to the supply chain shocks and rising commodity costs triggered by the pandemic and Russia’s war in Ukraine. COVID-19 also decimated Sri Lanka’s tourism industry, which accounted for nearly 6 percent of its GDP in 2018 but less than 1 percent in 2020.

By this year, Sri Lanka had plunged into one of the world’s worst economic crises. Food inflation at one point surged to 90 percent, gas stations ran out of fuel, and usable foreign reserves dwindled to a mere $25 million. Sri Lanka’s currency fell by 80 percent, and the economy practically ground to a halt. In May, Sri Lanka defaulted on its debts for the first time in its history. This crisis, coupled with mass protests, prompted Rajapaksa to resign in July.

Commentators seized on Sri Lanka’s economic collapse as a cautionary tale: an illustration of the dangers of overdependence on Chinese loans, the disproportionate effects far-off conflicts can have on poor countries, and the costs of years of economic misgovernance. Elsewhere in South Asia, Bangladesh, Nepal, and Pakistan each faced similar economic woes this year—but none as severe as Sri Lanka’s.

After taking power in Kabul last year, the Taliban had vowed to remove a ban on girls’ secondary education by March. But it reneged instead, ultimately shattering the illusion that today’s Taliban regime is a softer version than that of the late 1990s. Keeping the ban in place was a precursor to more draconian policies, including new restrictions on women’s dress and movement and the reinstatement of floggings and public executions. On Dec. 20, the Taliban announced an indefinite ban on university education for women.

The decision to uphold the secondary education ban also exposed the Taliban’s growing internal divisions. Some top Taliban leaders reportedly wanted the ban removed, but the group’s supreme leader and its Kandahar-based religious leadership got their way, showing who really calls the shots. Furthermore, the Taliban’s decision to keep millions of girls out of school likely hardened the resolve of South Asian governments not to recognize the regime.

In 2022, a few governments in the region signaled their willingness to engage with the Taliban. Pakistan pursued trade with Afghanistan, and India partially reopened its embassy in Kabul. But the education ban decision and the policies that followed in part explain why not a single South Asian state had established formal relations with the Taliban by the year’s end. 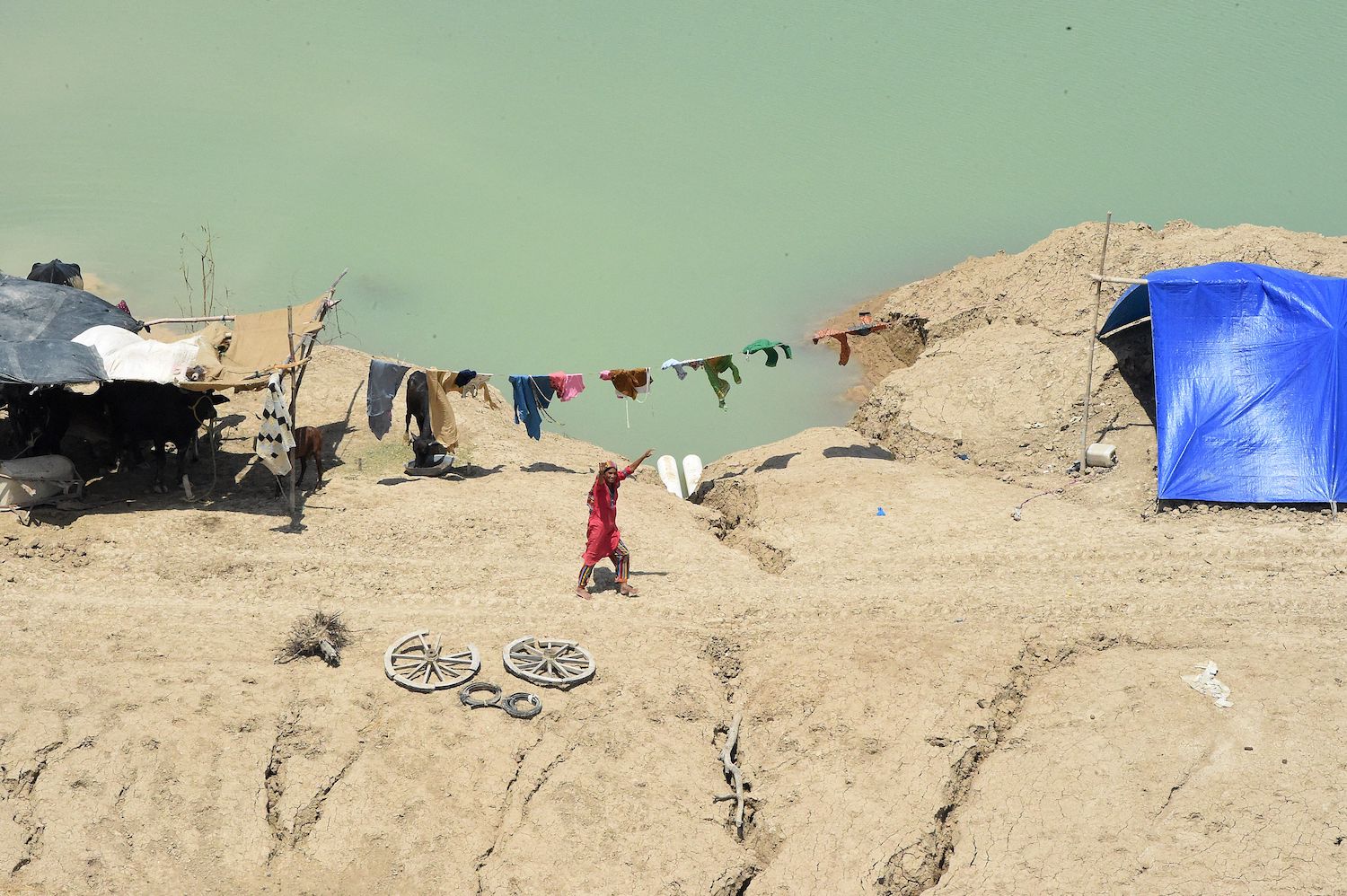 A woman gestures near a tent in Jaffarabad, Pakistan, on Sept. 3. Monsoon rains have unleashed powerful floods that have washed away crops and damaged or destroyed homes.

A woman gestures near a tent in Jaffarabad, Pakistan, on Sept. 3.BANARAS KHAN/AFP via Getty Images

Last summer, early and intense monsoon rains triggered some of the worst flooding in Pakistan’s history, submerging one-third of the country and affecting 33 million people. Losses were estimated at $40 billion, and millions of crops were damaged or destroyed, heightening food insecurity. Although most of the floodwater has now receded, outbreaks of waterborne illness have placed added strain on the public health system, and many flood victims still lack adequate food and shelter. By year’s end, just one-third of the United Nations’ appeal for monetary assistance to Pakistan had been met.

The floods were a reminder of the perils of climate change and how the countries that contribute the least to global emissions can suffer the most from its effects. The floods spurred action at this year’s annual U.N. climate change summit, where Pakistan led the charge to get loss and damage on the formal agenda. By the end of the summit, countries reached an agreement on a new loss and damage fund—an achievement celebrated as a victory across South Asia.

Russia’s invasion of Ukraine in February may have united the West against Putin, but in South Asia—where Moscow has no enemies and a history of engagement—it was met with a relatively muted response. Half of South Asian states abstained from the first U.N. resolution condemning the invasion. India, with its close ties to Russia and commitment to strategic autonomy, led this charge.

For months after the invasion, India called for a peaceful end to the conflict but refrained from outright condemnation or criticism of Putin. Other South Asian governments followed suit. This made it all the more significant when Modi publicly called out Putin while seated next to him at a regional summit in Uzbekistan in September—reminding him that “today’s era is not an era of war.”

Modi, who had inspired other leaders not wanting to align with the Western-led anti-Russian campaign, had seemingly changed tack. Few countries have partnerships with Russia as close as India’s, and hardly any of those countries’ leaders have pushed Putin to end his war. However, Modi’s approach had little impact on Putin’s calculations. Soon after his comments, Putin ordered a partial troop mobilization and intensified missile attacks in Ukraine.

Michael Kugelman is the writer of Foreign Policy’s weekly South Asia Brief. He is the director of the South Asia Institute at the Wilson Center in Washington. Twitter: @michaelkugelman

You are commenting as . Change your username | Log out
Tags: Climate Change, Economics, Politics, South Asia

NEW FOR SUBSCRIBERS: Want to read more on this topic or region? Click + to receive email alerts when new stories are published on Politics, Economics, Climate Change, South Asia