Thank you for subscribing to FP Insider

Amid the rapid spread of the coronavirus, countries around the world have sealed their borders, shut businesses, and asked their citizens to stay indoors. The global economy has been forced to a halt. What happens next? Join Foreign Policy for an FP Insider Conference Call exploring the measures governments can put in place to limit long-term economic fallout, and what options central banks have left in their toolkits. FP managing editor Ravi Agrawal will be in conversation with Raghuram Rajan, former chief economist of the International Monetary Fund and former Governor of India’s central bank, and Adam Posen, president of Peterson Institute for International Economics. 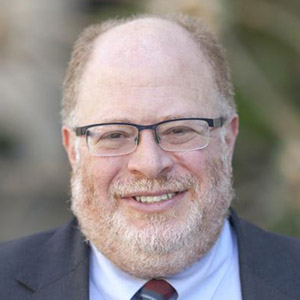 Adam S. Posen has been president of the Peterson Institute for International Economics since January 2013. Over his career, he has contributed to research and public policy regarding monetary and fiscal policies in the G-20, the challenges of European integration since the adoption of the euro, China-US economic relations, and developing new approaches to financial recovery and stability. 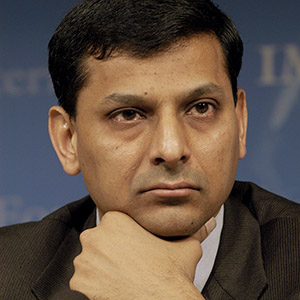 Raghuram Rajan is the Katherine Dusak Miller Distinguished Service Professor of Finance at Chicago Booth. He was the 23rd Governor of the Reserve Bank of India between September 2013 and September 2016. Between 2003 and 2006, Dr. Rajan was the Chief Economist and Director of Research at the International Monetary Fund. 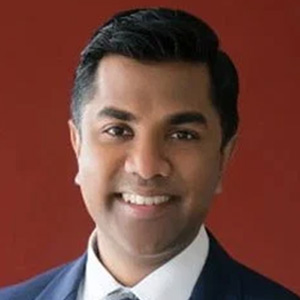 Ravi Agrawal is the managing editor of Foreign Policy. Before joining FP, Agrawal worked at CNN for more than a decade, including his most recent position as the network’s New Delhi bureau chief and correspondent. Previously, he served as a senior producer in CNN’s New York and London bureaus, receiving a Peabody Award and three Emmy nominations for his work. Agrawal is the author of India Connected: How the Smartphone Is Transforming the World’s Largest Democracy. He is a graduate of Harvard University.

Insiders get exclusive access to timely conference calls. Just one of many benefits for FP’s new all-access subscription.

Sign up to join our next conference call. You will receive details on how to join the call at the e-mail address provided.

Miss a conference call? Become an Insider to be notified for the next one and access all past calls. Plus, other exclusive benefits like FP Analytics special reports and power maps.

Violence has returned in Afghanistan — just days after the United States and the Taliban agreed to a peace deal. What happens now? And what does it mean for the future of the region? Foreign Policy editor in chief Jonathan Tepperman and experts Peter Bergen, a national security analyst and vice president at New America, and Husain Haqqani, senior fellow and director for South and Central Asia at Hudson Institute, take your questions.

As the new coronavirus spreads worldwide despite drastic measures taken by the Chinese government, what can be done to stop the epidemic? What are the business and political impacts? And how can regular people stay safe? Join Foreign Policy managing editor Ravi Agrawal in conversation with two expert guests for answers: Pulitzer Prize-winning FP science columnist Laurie Garrett, who spent several months covering the SARS crisis nearly two decades ago, and FP senior editor and China Brief newsletter author James Palmer.

Socialism has returned as a popular force in the United States and throughout the West, especially among young people. Why? And what do we mean when we talk about socialism today? Join Foreign Policy editor in chief Jonathan Tepperman and special guest Sheri Berman, professor of political science at Barnard College, for a deep dive into the conditions and causes of the movement's rebirth. Their conversation previews the cover story from the Winter 2020 print issue of FP magazine, out later this month.

The U.S. killing of Iranian General Qassem Suleimani could mark the most dangerous escalation of tensions in the Middle East since the 2003 invasion of Iraq. Join Foreign Policy editor in chief Jonathan Tepperman, along with Phil Gordon, a former White House point man on the Middle East, and Brookings' Suzanne Maloney, for a discussion of what happened, why, and what's likely to come next.

Youth protests are flaring across the world, from Hong Kong to the Middle East to the Americas. But what links these movements, and what kind of impact will they have? Join Foreign Policy’s editor in chief Jonathan Tepperman, along with a panel of notable specialists, for a discussion of the motivations and implications of the rising wave of street demonstrations.

Diplomats and world leaders will convene in New York next week for the 74th Session of the United Nations General Assembly. Top of the complex agenda is a high-level—and high-stakes—dialogue on the most pressing global issues, including climate change, global health and world security. Join Foreign Policy editor in chief Jonathan Tepperman and senior U.N. correspondent Colum Lynch for an exclusive conversation on what they’ll be watching for at UNGA.

The world’s biggest election is over and Narendra Modi’s BJP has won. Find out what this means for the region with Jonathan Tepperman, Foreign Policy’s editor in chief; Ravi Agrawal, Foreign Policy’s managing editor; and Milan Vaishnav, director and senior fellow at Carnegie Endowment for International Peace.