Highlighting female change agents, the program explored gender equity as a catalyzing force for stronger democracies, economies and communities. Our sessions featured inspiring stories by high-powered female leaders and provided tangible guideposts for combating the structural barriers that constrain the potential of women and girls around the world.

The summit was co-hosted in partnership with the Inter-American Commission of Women (CIM) of the Organization of American States (OAS) as well as the Inter American Task Force on Women’s Leadership and the International Monetary Fund, bringing together a diverse network of agencies and organizations to advance decisive action and meaningful change for gender parity and women’s leadership. View our photo gallery here. 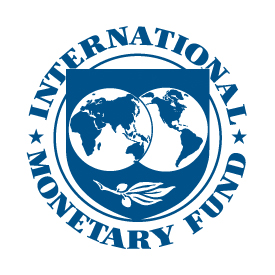 We’ll share a sneak peek at our flagship Her Power research project: A new FP Analytics Special Report takes an in-depth look at how women are faring in foreign-policy-focused US government agencies. The analysis provides a consolidated review of gender distribution, professional opportunities, and representation in leadership. The data is brought to life and enriched by interviews and focus groups with current and former USG employees shedding light on both remaining challenges and paths forward.

A panel of leading women policy makers and leaders in international relations will address the state of women in government and efforts underway to promote women’s political participation and transformative leadership - from a structural and policy point of view and in terms of grassroots engagement and capacity-building.

Spotlight on the Inter-American Taskforce of Women and their efforts to cultivate a mentorship culture and introduction of our “mentors’ luncheon” program.

Lunch table discussions to share inspirational stories, leadership efforts and lessons learned from the front lines of the fight for gender equity. Each table conversation will be led by a designated mentor representing leading women from a cross section of fields and issue areas.

Movie preview and Q&A with Swati Bhise, Writer, Director and Producer of THE WARRIOR QUEEN OF JHANSI and CEO of Cayenne Pepper Productions

This session will examine the positive impact of women across traditionally male- dominated industries. What factors facilitate women’s access into those sectors and how does gender parity affect the organizational performance and societal benefits of those businesses?

Three lightning talks presented by young women activists who are making their voices heard in their communities and are driving momentum for change on key global challenges.

The Summit will conclude with a brief review of some of the main takeaways and insights from the day’s discussions, along with a look ahead, pointing at practical strategies and chair’s statement to achieve meaningful progress on gender equity and the promotion of women’s leadership and empowerment in politics, business and civil society.

H.E. Rita Claverie de Sciolli, Chair of the Permanent Council, Permanent Representative of Guatemala to the OAS
2:10 PM
Adjourn
The Following Programming is Per Invitation Only
3:00 PM-3:45 PM
Women, Work, and Leadership

The summit sought to raise awareness around the challenges to the modern food system, and encourage innovation and collaboration in pursuing a permanently food secure world. Following the solutions summit, guests were invited to attend the Food Forever Experience.
See all
Related Coverage

A new initiative to amplify foreign policy coverage by and about women.

A Survivor’s Struggle to Care for Her People and Herself

On the podcast: The filmmaker Alexandria Bombach followed the Yazidi human rights activist Nadia Murad for the film “On Her Shoulders.”

Tear Down the Foreign-Policy Glass Ceiling!

We’ll see you October 15, 2019 for HerPower 2019: Women’s Voices. Global Impact.. Contact us at events@foreignpolicy.com if you have any questions.