FP Analytics Report Launch: Investing in Resilience From the Ground Up

How community-led development fosters growth and security across Africa

FP Analytics and the US African Development Foundation released a groundbreaking new study examining key drivers of economic and social resilience within African communities amid the pandemic. The report features frontline insights from entrepreneurs, investors, and leaders in the international development community and highlights how capacity-building at the local level and investment in local enterprise can facilitate conflict recovery and generate community resilience and sustainable, equitable growth.

This dynamic program convened policy leaders working at the intersection of economic development, conflict prevention and security along with trailblazers from across the continent who are innovating in the face of COVID-19. This program spotlighted community-driven partnerships, self-sustaining solutions and impact-focused business initiatives fostering growth and stability across the Sahel, the Horn, and Great Lakes regions of Africa. 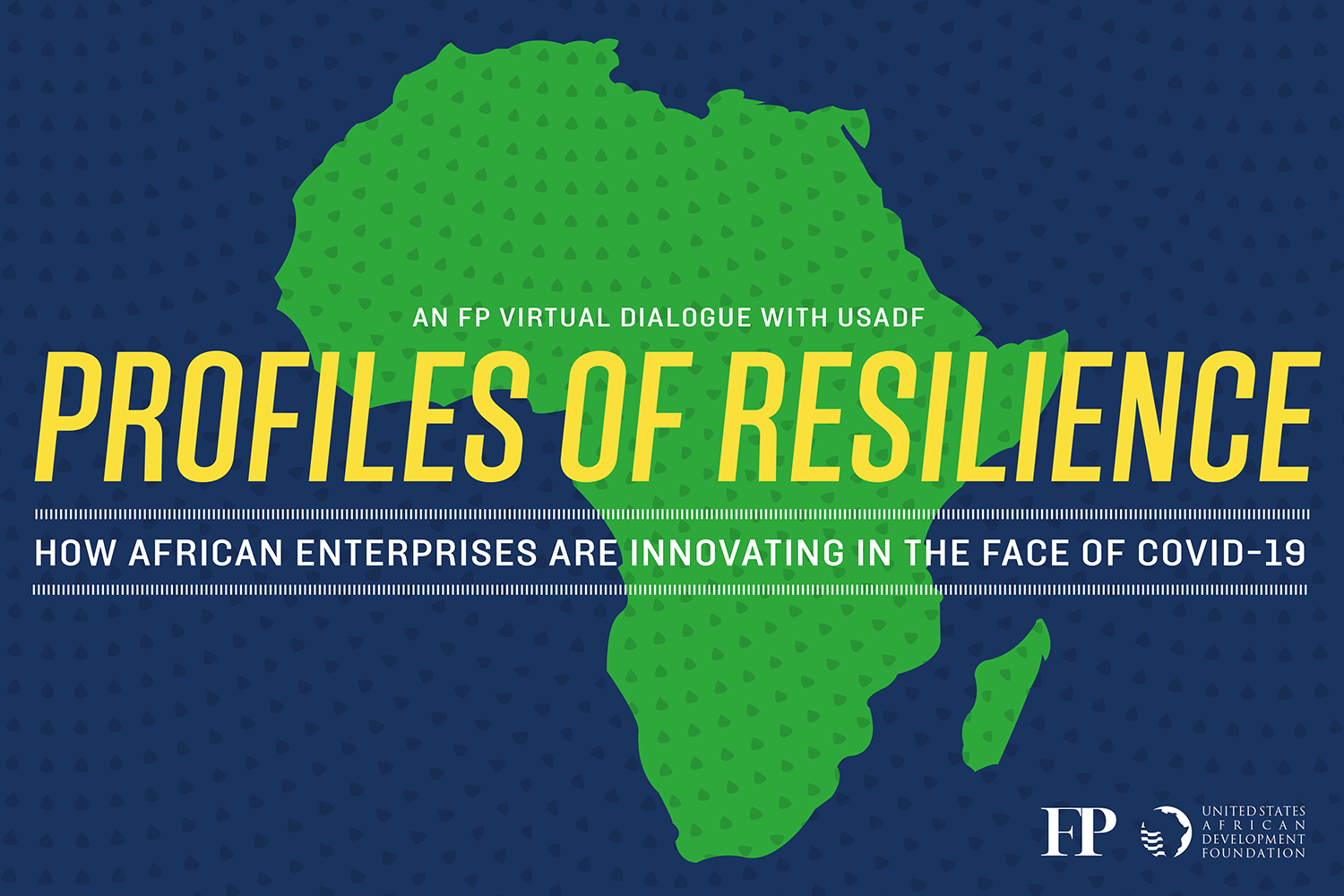 We’ll see you December 15, 2020 for FP Analytics Report Launch: Investing in Resilience From the Ground Up. Contact us at events@foreignpolicy.com if you have any questions.

Jordan tried to reestablish ties with the Syrian dictator’s regime. It was a disaster.