Africa remains home to a quarter of the world’s living organisms, and its natural areas serve as one of the planet’s major “lungs” that help maintain global climate stability. Yet, the continent is experiencing a steady decline of its wildlife and natural areas due to rapid urbanization, agricultural expansion, and degradation from climate change. These losses have economic and social consequences for Africans, but they also threaten the entire planet through accelerated climate change, climate migration, and increased regional conflicts over dwindling resources.

Against this backdrop, Foreign Policy, in partnership with the African Wildlife Foundation (AWF), will bring together experts, advocates, policymakers, and funders for a solutions-based conversation exploring the balancing act needed between industrialization and preservation to ensure a sustainable future for the continent and the globe

Join the conversation with #AfricaForward. 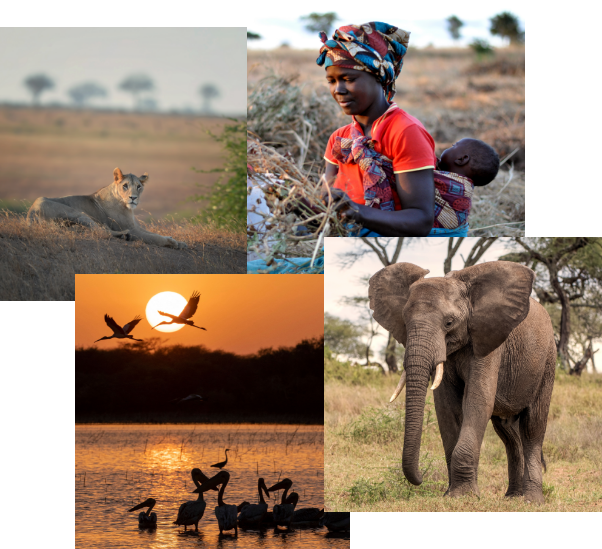 Previously, Assistant Secretary Medina was an adjunct professor at Georgetown University’s School of Foreign Service. She was also a Senior Associate on the Stephenson Ocean Security Project at the Center for Strategic and International Studies, and Co-Founder and Publisher of Our Daily Planet, an e-newsletter on conservation and the environment.

A former Principal Deputy Under Secretary of Commerce for Oceans and Atmosphere, she served as General Counsel of the National Oceanic and Atmospheric Administration (NOAA), and Special Assistant to the Secretary of Defense. Earlier in her career, Assistant Secretary Medina served as the Senior Counsel to former Senator Max Baucus on the Senate Environment and Public Works Committee, as the Senior Director for Ocean Policy at the National Geographic Society, as the ocean lead at the Walton Family Foundation, and in senior roles in other environmental organizations.

We’ll see you December 7, 2022 for FP Virtual Dialogue: The Future of Conservation. Contact us at events@foreignpolicy.com if you have any questions.

Washington’s relationship with the YPG is a useful foil for the Turkish president ahead of the 2023 election.