Power to the People

Across the globe, new political players, often from outside the mainstream, are displacing the usual suspects.

A slate of young politicians, many of them women and people of color, won seats in the U.S. House of Representatives in the 2018 midterm elections. Alexandria Ocasio-Cortez was part of that trend. The 29-year-old Latina and self-declared democratic socialist channeled popular rage triggered by Donald Trump’s presidency to defeat a white male member of the Democratic Party machine. Ocasio-Cortez—now the youngest woman to ever serve in Congress—stands at the forefront of a newly resurgent progressive movement, whose candidates are winning elections on pledges of universal health care, a federal jobs guarantee, and criminal justice reform. The wave she represents is not limited to the United States. Across the globe, new political players, often from outside the mainstream, are displacing the usual suspects. Here are a few of the politicians to keep an eye on—in the United States and around the world. 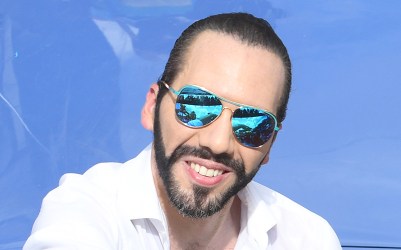 Nayib Bukele, El Salvador
The front-runner in El Salvador’s February presidential election, Nayib Bukele, 37, is the country’s youngest contender for its highest office. Bukele started his run in October 2018, when he announced his candidacy on Facebook Live from his living room couch. If elected, he could upend the major-party system that has dominated El Salvador for decades. A former mayor of San Salvador, Bukele was a member of the left-wing Farabundo Martí National Liberation Front (FMLN) until he was expelled from the party in 2017 in part for criticizing it on social media. After courts failed to approve his attempt to create a new party, he joined the small center-right Grand Alliance for National Unity, which is now positioned to challenge both the FMLN and the right-wing Nationalist Republican Alliance. 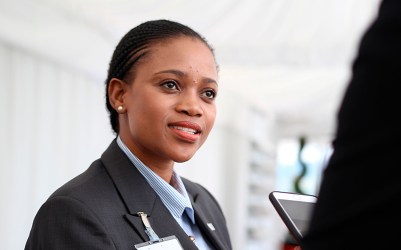 Bogolo Kenewendo, Botswana
At 31, Bogolo Kenewendo is Botswana’s youngest member of Parliament and a cabinet minister. She oversees the trade portfolio and works on economic policy and poverty alleviation. Before taking office, Kenewendo co-founded Molaya Kgosi, a mentorship program for young women. She has served as a role model for a rising generation of aspiring female politicians and technocrats across the continent.

Grace Natalie, Indonesia
Grace Natalie, a 36-year-old former television journalist, co-founded the Indonesian Solidarity Party in 2014 to give young people a political voice and an alternative to establishment and Islam-oriented parties in the world’s third-largest democracy. Her party plans to support the incumbent Joko Widodo, a moderate, in the 2019 presidential election, with a message centered on transparency, human rights, and religious and cultural pluralism. At a time when youth participation is low, roughly two-thirds of the party’s members are under 35. 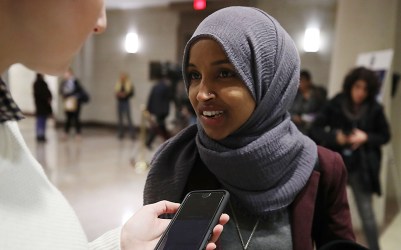 Ilhan Omar, United States
A newly elected Minnesota congresswoman, Ilhan Omar, 36, can claim a series of firsts. She and Rashida Tlaib are the first Muslim women to serve in Congress. Omar is also the first to wear a headscarf and the first former refugee to serve. (She immigrated to the United States from Somalia via Kenya at age 12.) With the help of the Democratic leadership, she is already pushing to overturn an 1837 ban on wearing headwear on the House floor. Omar, who campaigned on progressive issues such as a $15 minimum wage, has said Trump’s “rhetoric of fear” motivated her to run. 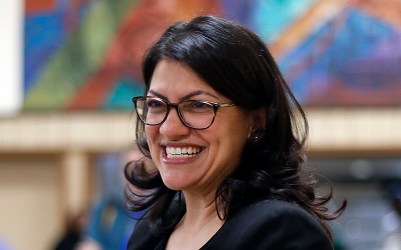 Rashida Tlaib, United States
Before being elected to the House in November, Rashida Tlaib, 42, had never held national office. (She previously spent six years representing a southwestern Detroit constituency in the Michigan state legislature.) But she’s no stranger to the limelight: In 2016, she made headlines when she was thrown out of an event held at the Detroit Economic Club for heckling then-presidential candidate Donald Trump. As a Muslim, an avowed democratic socialist, and the first Palestinian-American elected to Congress, Tlaib enters the House determined to stand up to the administration.

#MeToo Goes Global Here’s where the movement took off in 2018—and where to look for activism in 2019. By Sarah Wildman

Italy Is Leading the World in Seizing Oligarchs’ Assets

The Guardia di Finanza acted quickly to confiscate Russian-owned property on Italian territory. Other nations should learn from the force.

Argentines remain enmeshed in a populist policy trap as inflation soars past a whopping 70 percent.

They could divulge sensitive U.S. military training and intelligence to Tehran, a U.S. lawmaker warns.