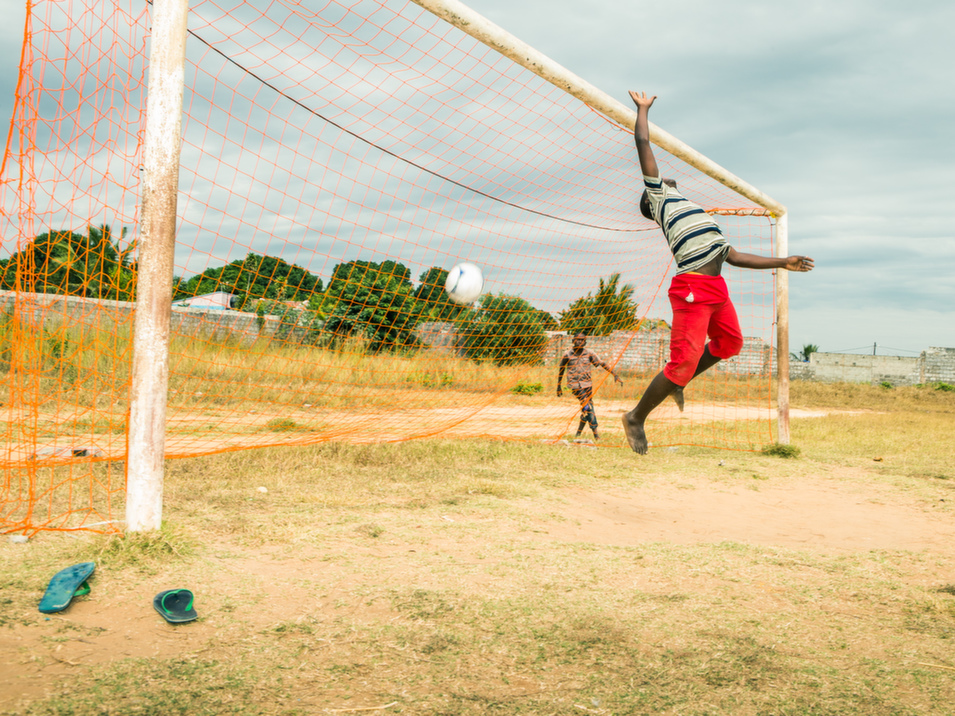 The world's largest, collective celebration of soccer comes to a close this Sunday during the 2014 FIFA World Cup final in Rio de Janeiro, Brazil. Two soccer-crazed continents will face off at the Maracanã Stadium: Europe, represented by Germany, and South America, by Argentina. During the past month, shiny stadiums (which cost the host country 3.6 billion dollars), played host to millions of fans who experienced the gut-wrenching gamut of soccer-spectator emotions -- despair, shock, and elation. Favorites disappointed, underdogs surprised. Careers were made, careers were devastated. Despite the recent fanfare, the world's favorite sport, widely known as football, is celebrated every day around the globe -- without the pomp, the glamor, and sometimes -- without a proper ball. In June 2013, photographer Ian Allen traveled to Mozambique with Charity Ball, an organization that distributes new soccer gear to people living in developing countries. While there he documented the people of the beachside community of Mocimboa da Praia, located on the country's northern coast, as they gathered to play soccer -- if not in grand fashion at least in great numbers. Youths from the port town and surrounding villages play on the trampled grass of makeshift fields and scoring occurs between two wooden posts, often without a net. Many of the children run the field barefoot, dribbling a colorful ball made out of pieces of plastic and string. Here, away from the spotlight and the drama, it's all about the love of the game. Above, a boy playing goalie jumps to block the ball, but misses. This net seen in this photos, brought by Charity Ball, was stolen immediately after the game. Ian Allen

Russia left the war-torn region with only a single border crossing—and it’s no longer open for aid.

A landmark class-action lawsuit in South Africa could set a precedent for holding multinational corporations responsible for environmental damages.