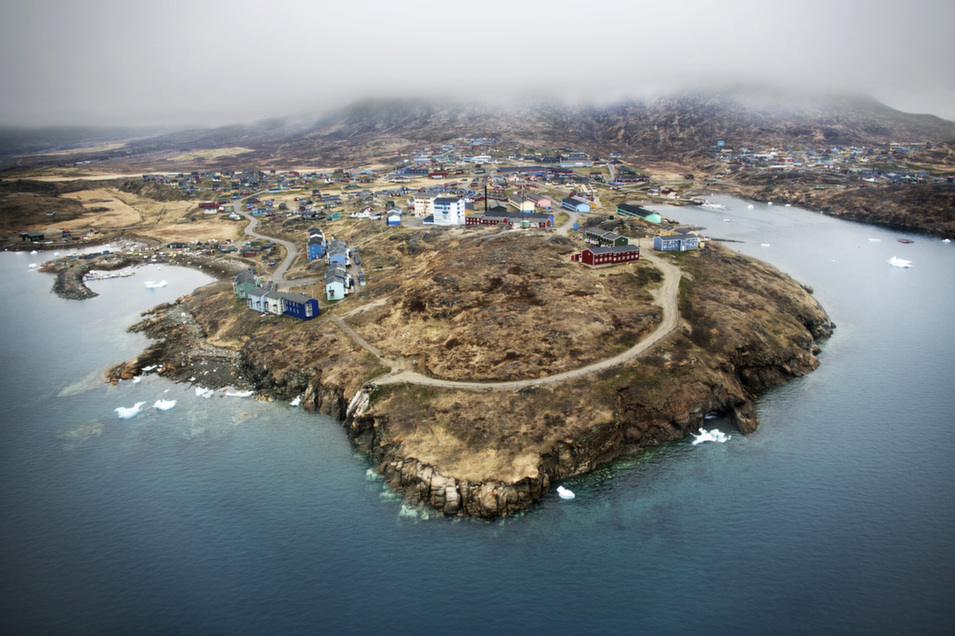 Deep under sheets of ice and cold earth, Greenland's wealth of natural resources -- from oil to gas, uranium to iron ore -- remained almost entirely untapped for decades, sealed off by a mining moratorium. But a global thaw and the opening of shipping routes in the Northwest Passage are pushing this remote and untrammeled wilderness into the modern era. This past October, in a move to further the island's financial independence from Denmark and in an effort to revitalize its struggling economy, Greenland's parliament ended its "zero tolerance" policy on uranium mining. The world quickly took note: Canada, China, and Australia have expressed interest in what one mining company called resources of "genuine global significance." Though serious mining would not likely begin for quite some time, opinions are divided on whether development is actually good news for Greenland. Concerned environmentalists worry about the impact mining will have on this largely untouched part of the Arctic region. And though new industry could potentially bring much-needed jobs to Greenland, some citizens (a large majority of whom are Inuit) are fearful of what big business -- and an influx of foreign workers -- will do to their way of life. But fear of the future doesn't mean that progress is on pause. In late October, the government awarded a contract to a London mining company to develop an iron ore seam north of the capital, Nuuk. The mine is expected to provide upward of 3,000 jobs -- and cost some $2.3 billion -- making this deal, according to Bloomberg News, "the biggest business venture in the island's history." In the spring of 2013, photographer Espen Rasmussen, traveled to Greenland to document the fast-encroaching changes to the land and the people who call it home. Above, low clouds hang over the land inland from Narsaq.  Espen Rasmussen/Panos Pictures