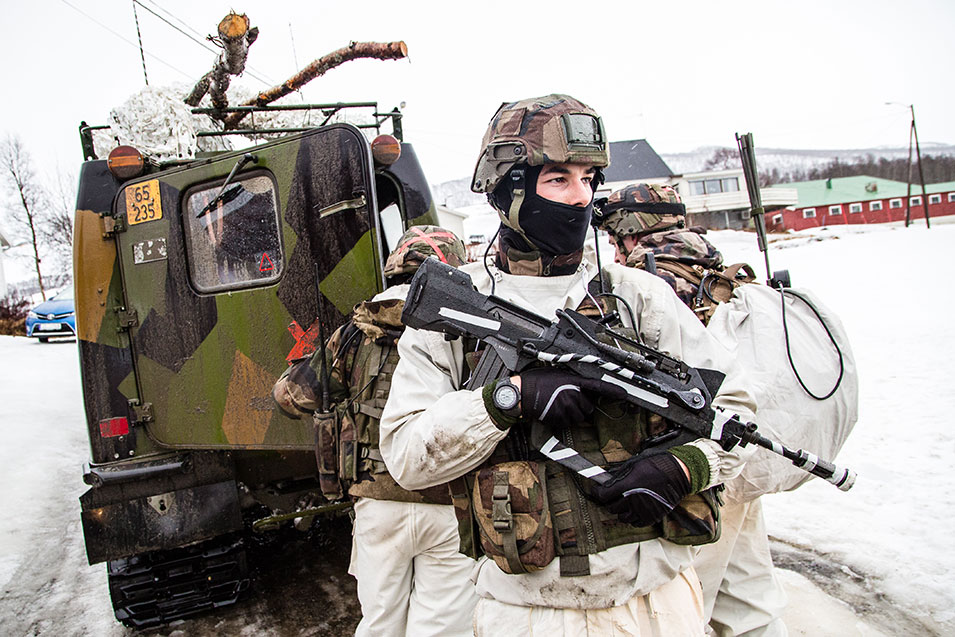 In March, over 16,000 soldiers from 16 countries traveled to the Arctic Circle to participate in Exercise Cold Response. Led by the Norwegian Armed Forces, this series of  "high-intensity" combat operations emphasizes "extreme cold-weather" training in Norway's wintry weather, with temperatures dropping as low -13 degrees Fahrenheit. Among the participating countries were the United States, France, Britain, Germany, and France, among others. These joint-training exercises have been conducted since 2006, training that includes tanks, airplanes, helicopters, ships and submarines, live-fire exercises, night patrols, and intensely realistic medical evacuation drills. The Norwegian Armed Forces website warns attendees to take special precautions to keep warm, recommending woolen, wind-resistant mittens, as well as cautioning to keep an eye out for moose and reindeer. But you can't practice for war without taking risks, and the training conducted in Exercise Cold Response is dangerous. And though the "focus on safety and preventing accidents is high," there have been "a couple of serious accidents ... through the years. These accidents have in total claimed seven lives, two in a tank accident in 2006 and five in a plane crash in 2012." For upwards of two weeks, these soldiers train together in the sleet, slush, and snow. As commander of the Norwegian Joint Headquarters, Lt. Gen. Morten Haga Lunde, head of Exercise Cold Response, reportedly said: "If a soldier can operate under extreme Arctic conditions, he can operate anywhere."  In the photo above, Norwegian soldiers work closely with soldiers from the French 27th Mountain Infantry Battalion during Exercise Cold Response. Audun Braastad, Norwegian Armed Forces

Preparing for a Very Cold War

Preparing for a Very Cold War

The planned development will bring jobs, but raises questions about who speaks for Khoi and San peoples, what is sacred, and how to commemorate injustice.