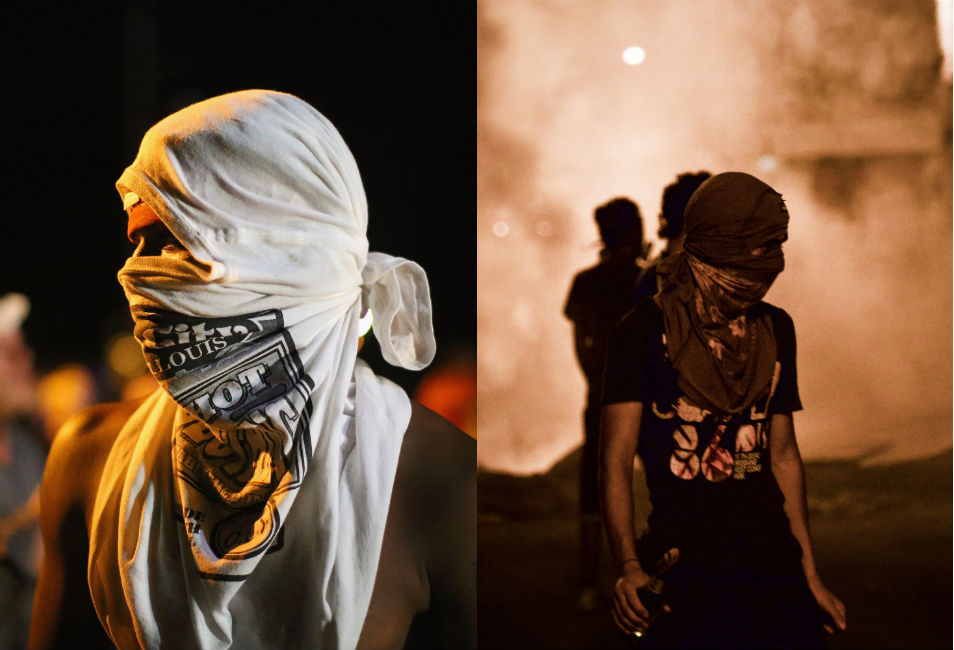 In the days since Michael Brown, an 18-year-old African American man, was shot by a police officer in Ferguson, Missouri, the town of 21,000 people located just north of St. Louis has devolved into an increasingly tense confrontation between protesters and its strikingly militarized police force. Photos and footage from the scene show local police officers fully outfitted with body armor and tactical weapons -- scoped, short-barreled 5.56-mm rifles, accurate up to 500 meters -- modeled after the M4 carbine used by U.S. soldiers in Iraq. This police force, joined by officers from upwards of 15 other departments, has patroled the streets of Ferguson in military vehicles, arrested journalists and one local politician, and fired teargas and rubber bullets at mostly peaceful protesters. On Thursday night, hundreds of protesters marched through the streets -- some 75 people have reportedly been arrested since Saturday, when Brown was killed. As of Aug. 12, the FAA has listed the skies above the town as restricted airspace. Today, speaking from his vacation on Martha's Vineyard, Mass., President Barack Obama called for calm, saying, "Now's the time for peace ... on the streets of Ferguson," adding, "Police should not be bullying or arresting journalists who are just trying to do their jobs." But for the moment, Ferguson, Mo., looks more like Kiev's Maidan, the street fights of Bahrain, or the clashes of Cairo's Tahrir Square than small-town America. In fact, at a glance, it's pretty difficult to spot the difference between the warzone atmosphere on the streets of Ferguson, and the crackdowns and clashes that have erupted in some of the most volatile and repressive countries in the world. Left: A young man in Ferguson, Mo. at a protest against the murder of 18-year-old Michael Brown by police. On Aug. 14, the protests entered their fourth day. Right: A protester in the village of Diraz, Bahrain, holds a Molotov cocktail during clashes with riot police on July 19, 2013. Protests began in Bahrain in 2011, when the country's Shiite majority began demanding more rights from the Sunni monarchy.

Since announcing revolutionary changes in German defense, Berlin has been dragging its feet nonstop.

A contest between elites rests on who voters believe can deliver for those on the bottom.