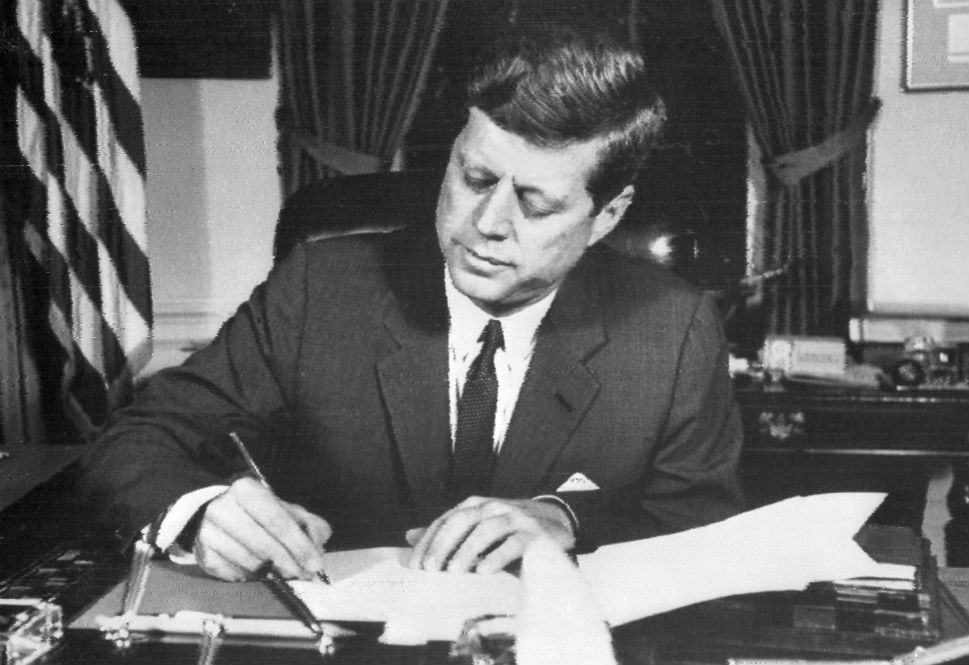 Shortly after 8 a.m. on Tuesday, Oct. 16, 1962, President John F. Kennedy was informed that the Soviet Union had secretly delivered nuclear missiles to Cuba, capable of obliterating Washington just 15 minutes after launch. Thus began the famous "13 days" during which the world came closer than ever before -- or since -- to nuclear war. Unbeknownst to Kennedy, Soviet leader Nikita Khrushchev had also sent 98 tactical nuclear warheads to Cuba, capable of destroying an American invading force and the U.S. naval base at Guantánamo Bay. For the 50th anniversary of this terrifying standoff, I began the Cuban Missile Crisis + 50 project with Foreign Policy, using the research and archival materials gathered for my book on the crisis, One Minute to Midnight, to re-create in real time the events of those days. In addition to providing context for the events and blogging about the experience, I'm live-tweeting the events leading up to those 13 fateful days at @missilecrisis62. Khrushchev agreed to remove his missiles from Cuba, but only after receiving a non-invasion pledge from Kennedy and a promise to remove U.S. nuclear missiles from Turkey. Before stepping back from the brink, the two leaders unleashed a chain of unpredictable events, culminating in the shoot-down of an American U-2 spy plane over Cuba. As we enter October, the photos that follow offer a comprehensive, day-by-day breakdown of events as Kennedy, Khrushchev, and Castro hurtled toward the Cuban missile crisis. You can also follow the drama live on Twitter as we chart the course of the crisis, from the initial U-2 photographs of the Soviet missile sites to the photograph of a much-relieved JFK leaving church on Sunday, Oct. 28. Above, Kennedy signs the order for the naval blockade of Cuba on Oct. 24, 1962, in the White House.

By Michael Dobbs, Rachel Dobbs
| October 8, 2012, 1:44 AM
Start Slideshow View as a List
Previous Next Close

Jordan tried to reestablish ties with the Syrian dictator’s regime. It was a disaster.

Bilawal Bhutto Zardari on Islamabad’s relations with Beijing and Washington and how his country is dealing with deadly floods.