Spurred on by EU targets, major infrastructure projects and its geostrategic advantages, Greece is opening up its energy sector

Greece lies at the crossroads of several complex energy projects that are vital for increased EU energy security. Primarily, the Southern Gas Corridor, bringing natural gas from the Caspian region to Europe; the EastMed project, connecting Eastern Mediterranean gas with the mainland; and the Greece-Bulgaria Interconnector linking Greece to Central Europe through Bulgaria. This, coupled with its geostrategic position, lends Greece a great opportunity to be an energy hub. With ample possibilities for renewable energy too, its potential to be a core ingredient of Western Europe’s energy mix is clear. 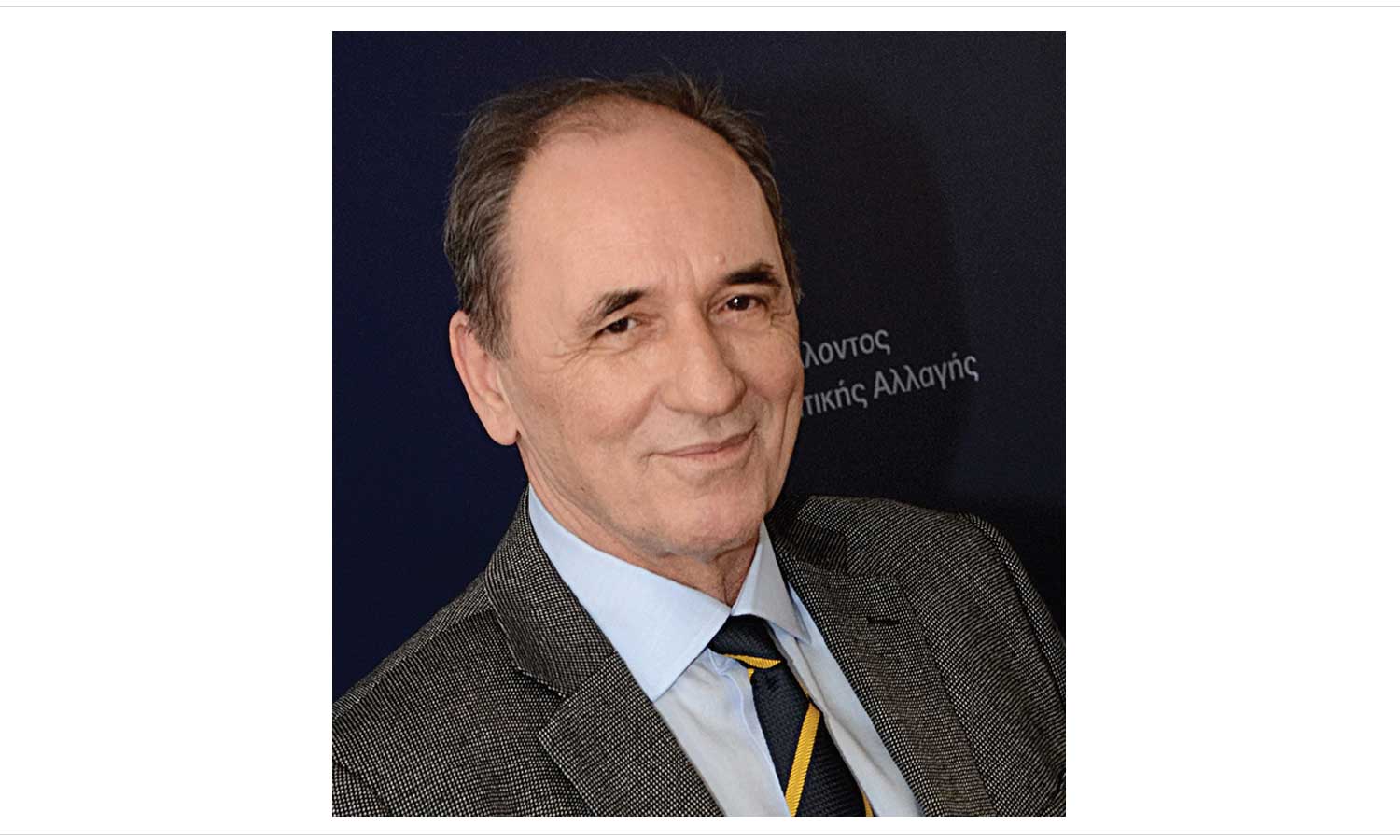 The sector is in transition. Minister of Environment and Energy George Stathakis explains, “Greece is moving towards privatizing certain energy sectors and unbundling companies, to establish a rigid regulatory framework for the energy market.” The shift presents opportunities for international investors from electricity production and grid expansion, to the transmission and distribution of natural gas and hydrocarbons.

Also spurring on growth of the energy sector will be fossil fuel reduction, driven by the revised EU policy of 27% renewable energy sources by 2030. Major infrastructure initiatives such as the interconnection of the Greek islands will play their role too.

May 2016’s inauguration of the €4.5 billion TransAdriatic Pipeline project, key to the Southern Gas Corridor, is one of the biggest foreign investments in Greece. With increased EU energy security concerns, according to Stathakis, the Greek government is addressing the European effort to diversify gas supply routes in three ways, “by supporting the Southern Gas Corridor, planning EastMed as an additional route and transforming into an LNG gate for Southeastern Europe and the Balkans.” The national energy policy will prioritize attracting investments and increasing geopolitical influence.

The liberalization of the Greek energy market is an integral part of its commitments to creditors. Public Power Corporation (PPC) is the largest power producer and electricity supply company in Greece with 87.5% of the electricity market, yet by 2020 its share, both in terms of production and retail, will drop to 49%. PPC is committed to pushing liberal- change of affairs into an opportunity to reshape the company.

PPC’s Chairman and CEO, Emmanouil M. Panagiotakis, explains “we are obliged to become a different company; smaller in electricity in Greece yet stronger and bigger.” It will diversify its activities and expand to other markets through collaborations. Panagiotakis says PPC “has a dual role to play: to act as a regulator and guarantor of the energy market’s operation and to act as a lever for investments in Greece and abroad.” PPC will also seek to conquer the Renewable Energy Services market (RES), a high value- added sector with a prominent role in the government’s Greece 2021 strategy.

Liberalization is not without its challenges. Panayotis Bernitsas, Managing Partner of Bernitsas Law, points out that “there are deadlines regarding the opening of the electricity and gas markets in Greece, which should be respected” but adds that “the government is making substantial progress in this direction.” Effective measures fostering competition in the wholesale and retail electricity markets remain to be implemented too, whilst Greece’s gas retail markets are still legal monopolies. Nevertheless, a gas release process aiming at effective competition has been constantly improved, and a new gas law was adopted for full liberalization of the gas retail markets by 2018.

Whilst the legal framework is complex, if investors commit to the long term, all participants will need to offer more sophisticated products and the pay-offs will be clear. New players like Elpedison recognize this. Chairman Nikos A. Zahariadis says “We will continue to support the authorities in liberalizing the Greek electricity market, for a healthy operating environment to be secured.”

Some Greek energy players have become more successful due to the crisis, particularly in the refined petroleum sector

The government’s strategic growth plan, Greece 2021, is based on changing the economic model to one of high value-added products with export potential. Given that the country is already a leading international exporter of refined petroleum products, with over 27% of Greece’s export revenue in 2016 generated from them, the energy sector is set to lead the way with this strategy.

Hellenic Petroleum is the sole petrochemicals producer in Greece with a domestic market share exceeding 50%. The group’s domestic refineries in Aspropyrgos, Elefsina and Thessaloniki cover approximately 65% of the country’s total refining capacity. It is a stellar example of a company that was able to turn a challenging local environment during the crisis into an opportunity and become an increasingly more extroverted and successful player, through a forced need to diversify its supply sources. As a result, it is the most profitable it has ever been, with net profits in 2016 ascending to €329 million.

“It’s important to be a leader rather than a mere observer,
especially in a highly competitive sector such as energy.”
Grigoris S. Stergioulis, CEO, Hellenic Petroleum

CEO of Hellenic Petroleum, Grigoris S. Stergioulis, says “our target is to meet 50% of our needs through oil producers and 50% through traders. Any company wanting to survive at this point has to transform its activities to satisfy the future energy buyer, no matter what their existing business. Our vision is to export any kind of energy product, to become an energy trader. It’s important to be a leader rather than a mere observer, especially in a highly competitive sector such as energy.” 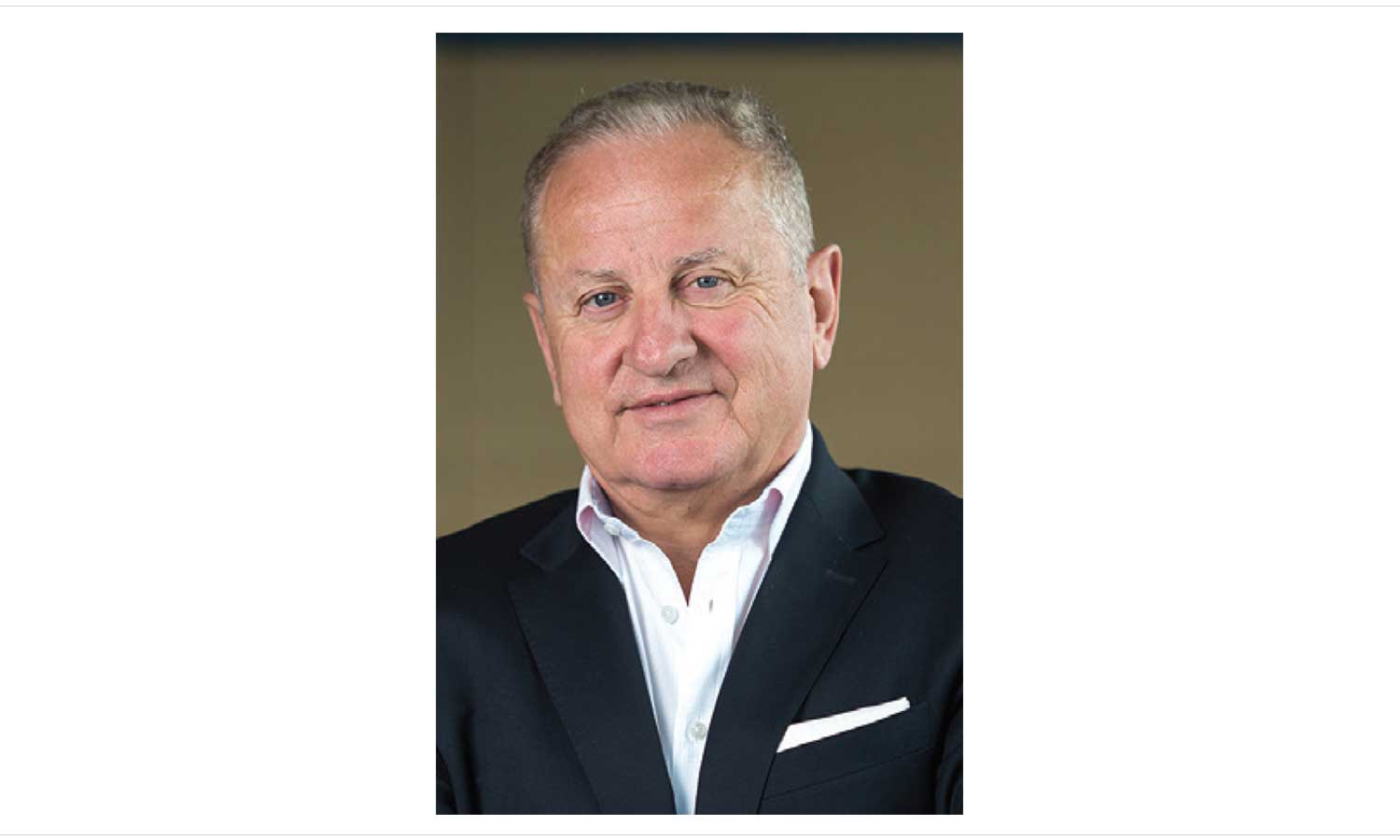 FP: What role is renewable energy going to have in Hellenic Petroleum’s ambition to diversify its energy mix in terms of supply?

GS: Greece has a unique problem and a unique opportunity. The issue is that we have around 500 islands and we need to find a way to make them energy sufficient, but investments in renewables present a huge opportunity. We want to grab this opportunity and our plan is to do so either alone or though joint ventures with other companies on the islands. What could be better for tourism than having an island that is totally free of diesel and that has solar, geothermal, wind or wave energy? Our dream is for about 32 islands to be totally independent of fossils fuels and for them to be interconnected. So, we have big money to invest there.

FP: How would you like to see more US companies getting involved in Greek energy?

GS: The US is the major technology provider of the oil business. All the complex processes are developed by the Americans and we are happy to have used their technologies in all of our refineries. Regarding the oil business, refining and retail, Americans are moving out of Europe and there is a reason behind this; companies are moving towards exploration – the big money – and out of refining, giving room to smaller companies like ours to close the gap and provide the services. So, we are using the biggest percentage of technology from the US, because they are the best, and we are open to any kind of cooperation. 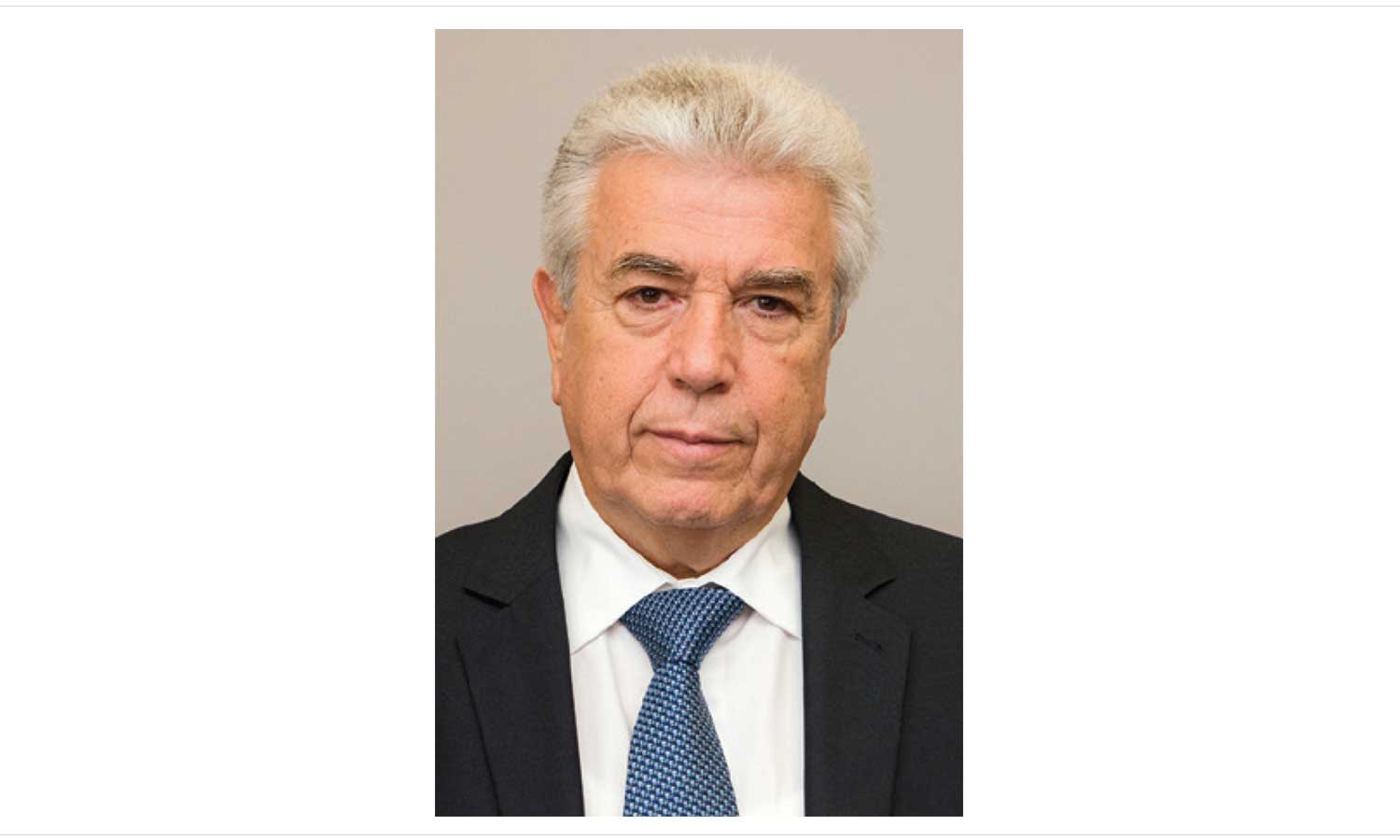 FP: What prospects do you see in the Renewable Energy Sources (RES) sector in Greece in the next few years?

EP: According to official estimates, in 2025 the production of renewables will be between 28-29%, without the large hydroelectric units. Bearing in mind it is currently about 19%, there is a very big margin to increase electricity production based on RES. PPC is not a leader in this sector right now – our market share is only 3%. However, our market plan is to become one of the top players within the next decade. We want to expand our activities into neighboring countries by collaborating on renewable energy production projects. When it comes to geothermal energy, we will likely become a monopoly because we have the exclusive right to exploit Greece’s geothermal fields.

FP: The US is a leading player in the energy sector. How would you like to see US companies getting involved in the Greek energy sector?

EP: We have collaborated in the past with US companies to engage in projects in Balkan countries, in hydroelectric and thermoelectric projects specifically. There are a great deal of opportunities for collaborations with US companies. In the case of renewables, we will launch a tender to choose a partner for the exploitation of the geothermal fields on Greece’s islands. I think that Ormat Technologies Inc. – a big US player in geothermal energy – would be a good partner.

Attica region: a hub for economic and creative activity 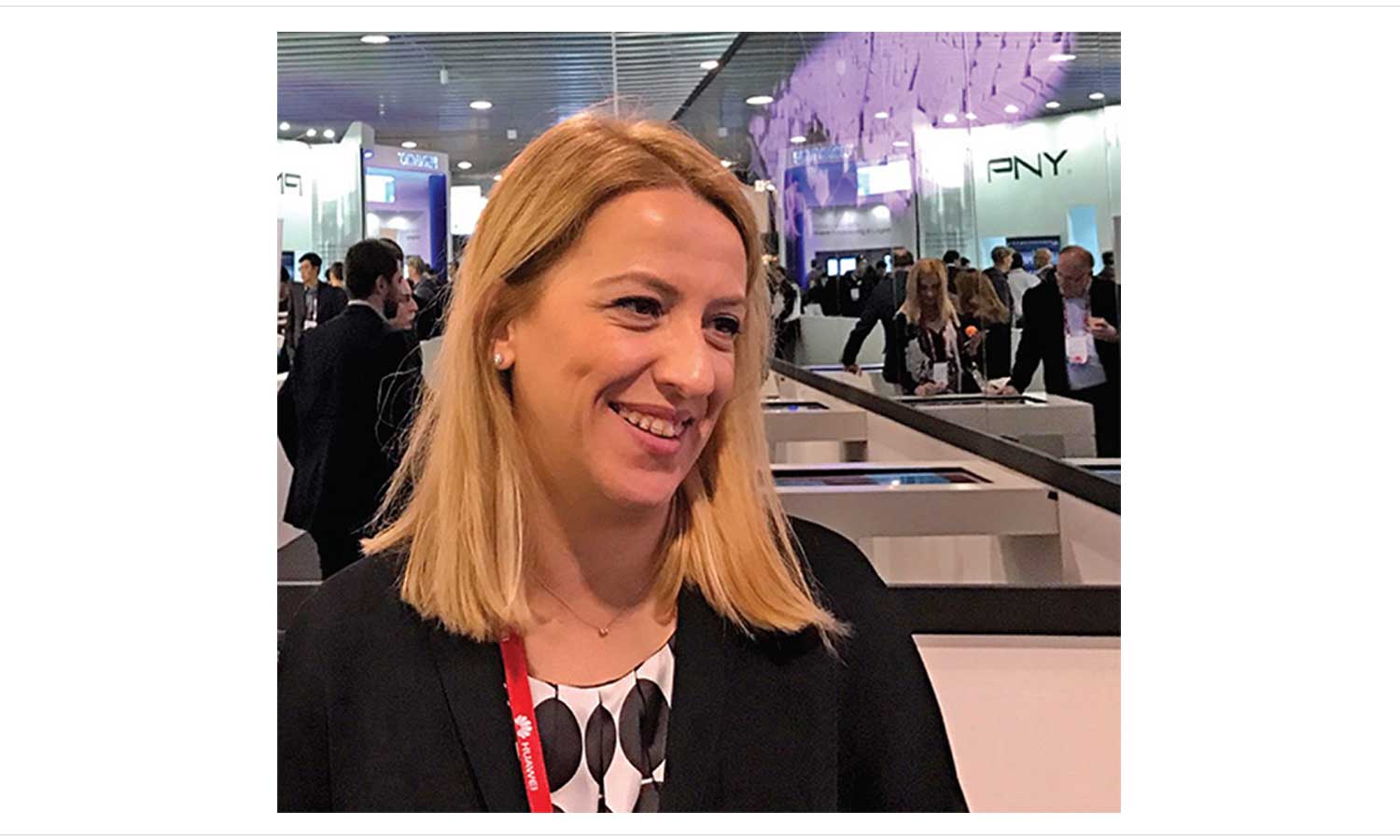 The region of Attica, a multi-functional key area of Greece with a unique landscape, rich culture and a wealth of industrial, financial and commercial activities makes up approximately 40% of the Greek population and contributes over 47% to Greece’s Gross Domestic Product (GDP).

In recent years, it has become one of the key centers of economic and developmental activity thanks to the paradigm shift operated by the current Administration of Governor Rena Dourou.

Establishing the proper ecosystem for new forms of entrepreneurship, smart specialization, digital policy and innovation, through synergies with important stake holders, such as the Athens Chamber of Commerce and Industry (ACCI), and innovative new business entities from the Athens Startup Business, is the main goal of the Attica Administration.

In order to achieve this goal, the current Attica Administration is working out a set of new policies and initiatives in order to contribute to a new sustainable and inclusive growth model at national level.

In the words of Governor Dourou: “We are aware that we have to act fast. This is why we have opted for synergies, in order to overcome the current bureaucratic obstacles and become more efficient towards business and investments. Attica is a unique business friendly place, offering many investment options.”

Attica has no shortage of ancient and modern sites, apt for luring tourists. Through ambitious plans like the Five Year Tourism Roadmap, the Government of Attica is creating a multi-tourist product geared towards collaborating with the 66 municipalities of the region to enhance the visibility of the main attractions, enable growth and job creation, and raise the overall profile of the region, as well as Greece, on a global scale. Innovative projects combined with the strong support of the Attica Administration to the Eleusis candidature for the capital of culture of Europe for 2021, are putting the region on the international map. Furthermore, Governor Dourou says, “what we need is a new concept for attracting direct investments and promoting the image of Attica”.

The Attica region has numerous assets to be taken advantage of, including tourism, culture and investment opportunities. As Rena Dourou emphasizes, “Attica is an unparalleled place for business, work and fun.” She continues: “We are working hard to maximize all of these assets, by changing the administration paradigm, fighting against red tape and inefficiency.”

Why invest in Attica?

1. Attica is Greece’s Information and Innovation Center
The region stands ready to act as a hub of information, coordination and facilitation, and is proud of its flourishing R&D activity, which exists alongside a fast-growing and dynamic startup scene.

2. Attica is a Global Gateway
Attica is a prime international gateway to Greece, the eastern part of the enlarged European Union and the Middle East and enjoys extensive transport connections.

3. Attica is an International Tourism Destination
With its direct connections to international locations rendering it the most accessible destination in Greece, Attica offers a wealth of cultural and historical attractions across the region, presenting many options which are easy to access and satisfying all kinds of tastes.