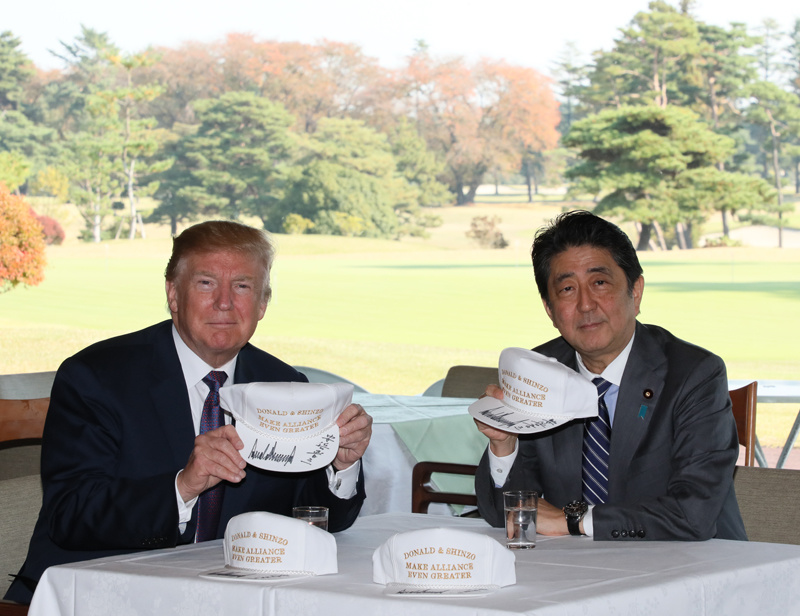 President Trump and PM Abe before a golf game in Kawagoe, Japan.
GOVERNMENT OF JAPAN

From facilitating trade and investment to upholding democracy and peace, Japanese and American cooperation has made their partnership one of the world’s most mutually beneficial.

“Japan and the U.S. share values and strategic interests, and attach importance to freedom as well as the rule of law” –Shinzo Abe, Prime Minister of Japan

Japan is the second-largest source of foreign direct investment (FDI) in the U.S. having created over 840,000 American jobs, according to the Japanese government. In 2017, the amount of Japanese FDI in the U.S. reached $469 billion. The same year, according to U.S. statistics, American investors injected $129.1 billion into Japan.

“Japan and the U.S. share values and strategic interests, and attach importance to freedom as well as the rule of law,” Prime Minister Abe told U.S. business leaders on a recent visit to Washington D.C. “On this basis, the two countries would preserve what shouldn’t be changed, but deal with various issues dynamically and play a leading role in economic growth in the world.” 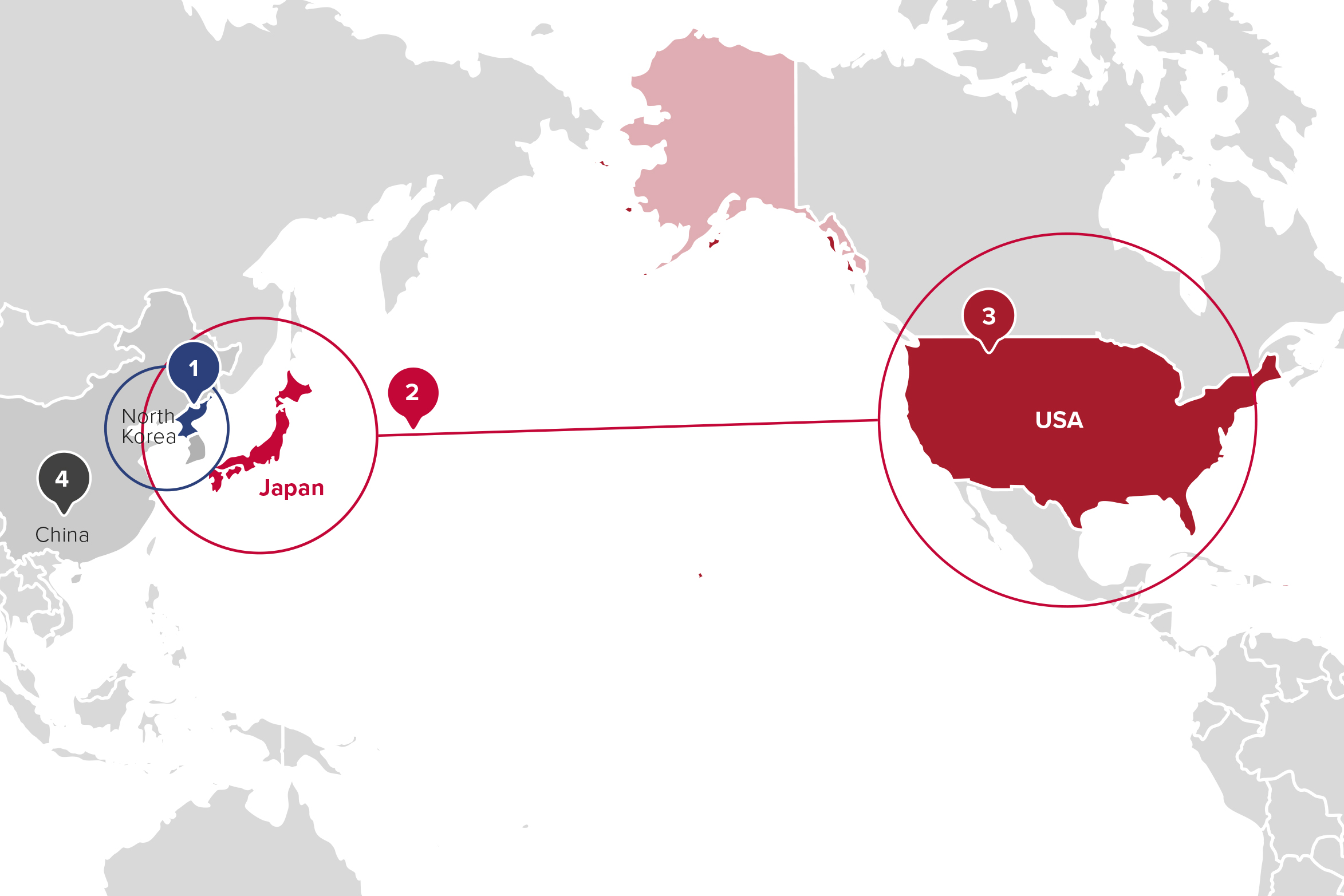 1. Security
Since the 1950s Japan and the U.S. have been strengthening bilateral relations as well as working to uphold democracy and liberty on a global scale. Japan is also now getting involved in high-level talks with the U.S. and South Korea concerning the denuclearization of North Korea. 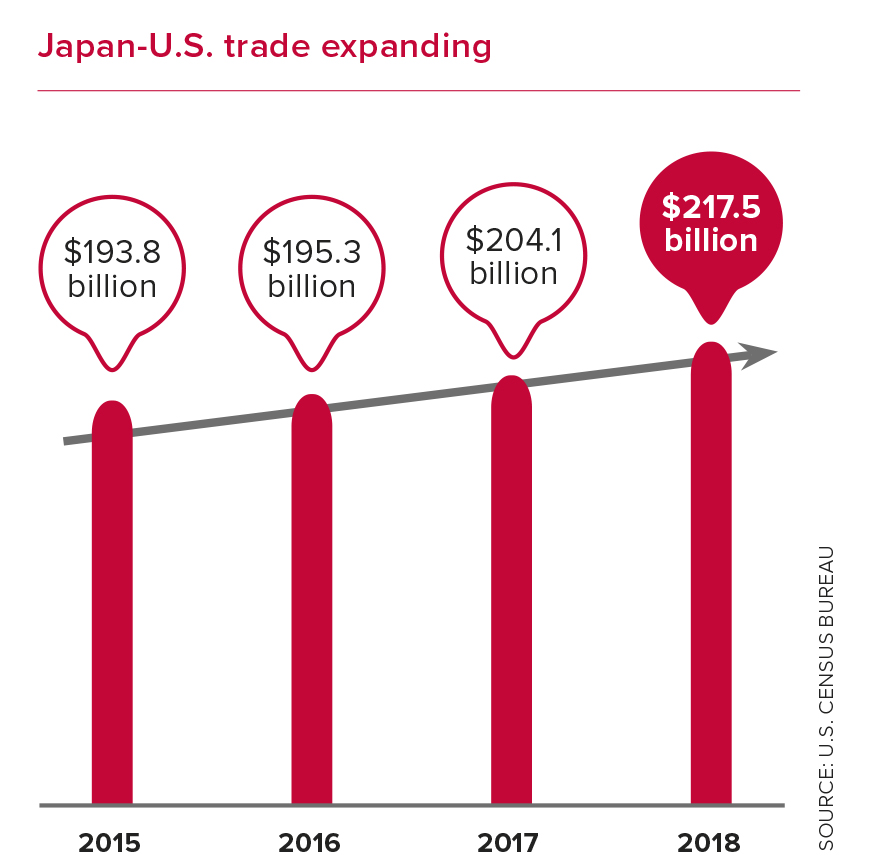 2. Diplomacy
Japanese Prime Minister Shinzo Abe was the first world leader to meet Donald Trump after he won the 2016 presidential elections. Those meetings have continued regularly over the years, and in February Trump even claimed Abe nominated him for the Nobel Peace Prize for his work in North Korea – something that Abe has refused to deny.

3. Trade
Although in 2017 the U.S. withdrew from the Trans-Pacific Partnership (TPP), which was set to be the world’s largest free trade deal, the trade relationship between the two nations is continually expanding. Currently, Japan is the United States’ fourth-largest trade partner and vice-versa. In September 2018, President Trump and Prime Minister Abe announced that the two nations would begin negotiations for a U.S.-Japan Trade Agreement.