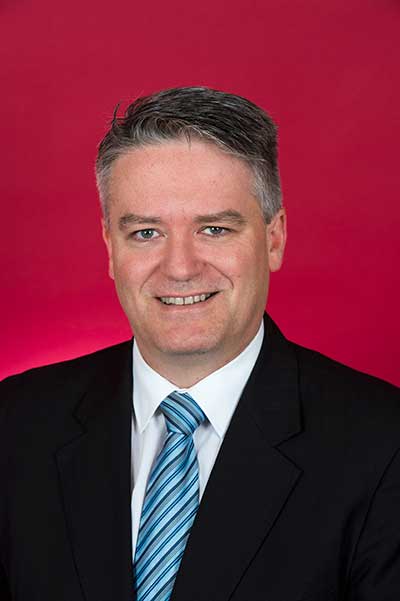 Australia has entered its 27th year of economic growth, but there are significant challenges as the economy continues its transition away from the mining construction boom. How is Australia dealing with this transition?

Australia has an open, outward-looking trading economy, which has underpinned our 26 years of continuous, uninterrupted growth, now our 27th. In particular, we have been exposed to very strong growth across markets in Asia, especially China. Being an open trading economy forces us to focus on areas where we can be internationally competitive. Some sectors of the economy have declined periodically, but other new sectors have come on stream and we have had new opportunities to enter new markets.

Obviously over the past 10-15 years a lot of our growth was underpinned by historically unprecedented levels of capital investment in construction activity in the mining and resources sector. Whether that’s iron ore or LNG, well in excess of $100 billion was invested over a very short period of time, which is now coming to a close. A significant drop in capital investment, because very capital-intensive projects are coming to completion, has an impact on the economy.

Despite that, which has had a significant impact on construction jobs, there is now a significantly increased level of production and an increase in export volumes. People talk about the end of the mining boom, we have ended the investment and construction phase in the mining sector, but we are now moving into a production and export boom. The export volumes in the mining sector right now are at unprecedentedly high levels.

The current government was elected on a policy platform of economic growth and job creation. What are your key policies to deliver on this?

As part of the government’s pro-growth agenda we are focused on making our tax system more growth friendly. When we came into government, we got rid of taxes that we believed impeded our international competitiveness. This included things like the mining tax and the carbon tax, but we are also pursuing a plan to reduce the corporate tax rate for all business from 30% to 25%. We’ve been able to legislate so far to bring the corporate tax rate down to 25% for businesses with a turnover of up to $50 million. Over the next ten-year period we are working to bring that down for all companies.

The government is undertaking an unprecedented infrastructure investment program. Where will that investment be focused?

We’re pursuing a very ambitious infrastructure investment program – one of the advantages of the mining and construction boom winding down is that the cost of building infrastructure is much lower than what is has been in the past. Now is the right time for public investment in productivity enhancing economic infrastructure.

In particular we are focused on making sure that our trading infrastructure in terms of freight routes and ports is as competitive as possible. We are also focusing on our energy policy frameworks, because if we want to continue to be internationally competitive, we have to make sure that businesses, as well as consumers, have access to reliable, secure and competitively priced energy supplies.

How is Australia leveraging on its strategic geographic position in the Asia-Pacific?

From the Australian point of view, we are at the heart of the Asia-Pacific. This is the part of the world where most of the global economic growth will be generated for years to come. In terms of our outlook, we believe the outlook for the Asia-Pacific is strong – that’s good for us as long as we are in the best possible position to seize all of the opportunities. We are pursuing an ambitious free-trade agenda to take advantage of these opportunities.

In recent years we have finalised free trade agreements with key markets in our region like China, South Korea and Japan. We are very confident that Indonesia will grow strongly. We are focused on finalising an economic cooperation agreement with them – hopefully by the end of the year. Australia is also pursuing a free trade agreement with India, which is growing at 8% a year at the moment. Our exposure to China has also underpinned strong growth in Australia over an extended period.

Beyond Asia, where is Australia seeking to strengthen trade and investment relationships?

The largest foreign direct investor into Australia is the European Union (EU), once you look at them as a block. The EU as a block is also our second largest trading partner, which people often forget because they look at individual countries instead of looking at Europe as a single market. In terms of free trade agreements, we have entered free-trade agreements recently with China, South Korea and Japan and we are currently focused on an agreement with Indonesia and India. The other major trade agreement we believe will conclude in the next 18 months is an agreement with the EU. The EU is a large market and a very important investor, a very important trade relationship for us. The Asia-Pacific Regional Conference from 3rd-5th November this year in Perth will be focused on enhancing our relationship with Germany and Asia.

How would you describe Australia’s brand to the rest of the world?

This is a ‘can-do,’ positive, energetic, entrepreneurial country of people looking for success and striving to get ahead. We are open, friendly and keen to do as much business with as many people from around the world as possible. I think that’s who we are.